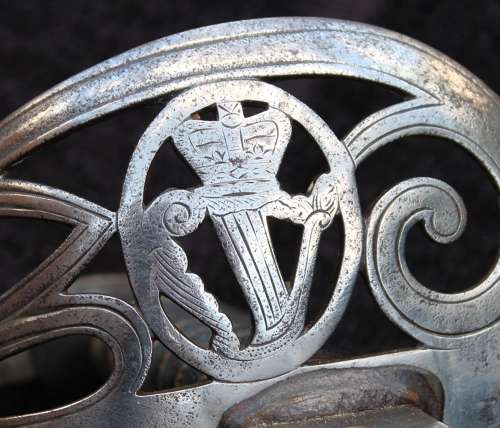 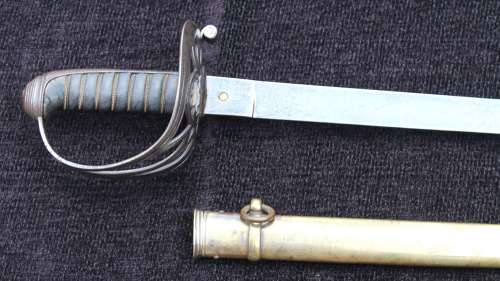 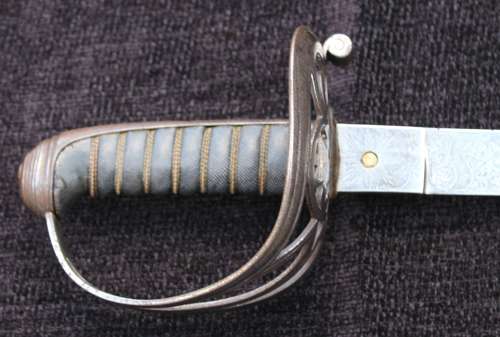 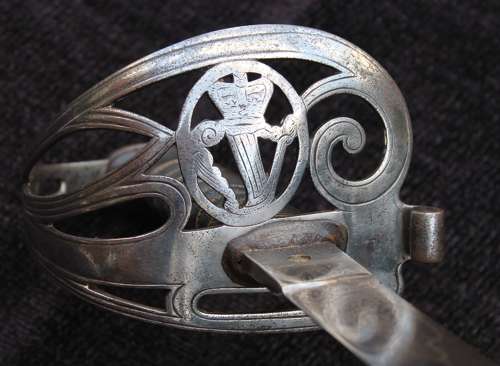 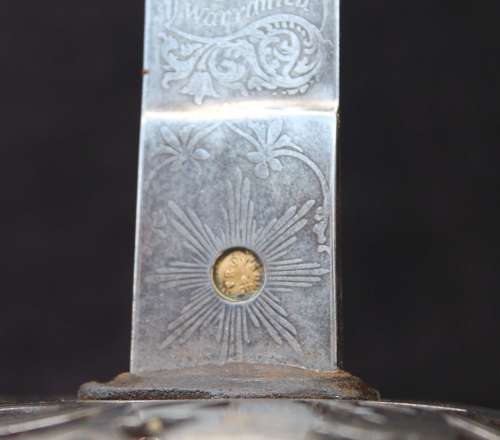 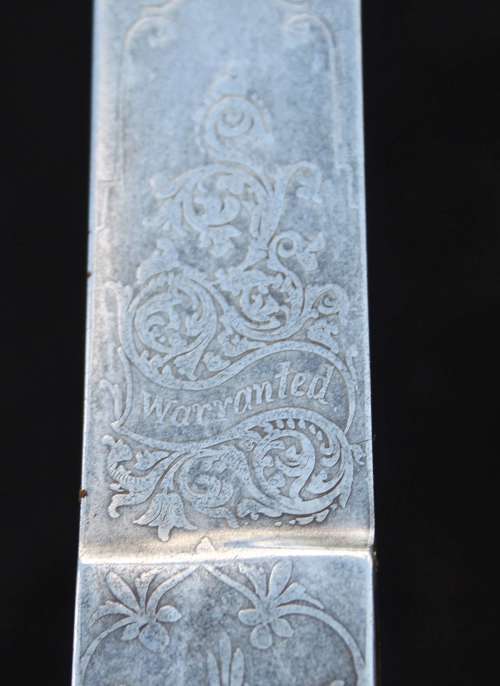 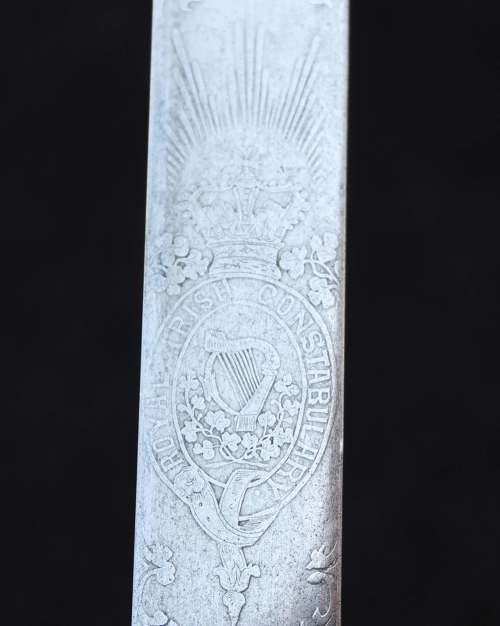 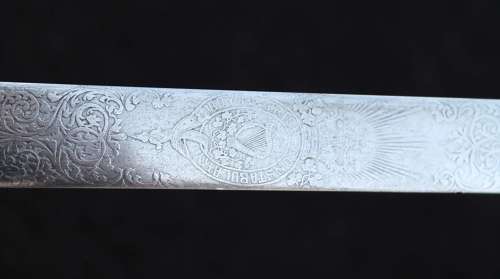 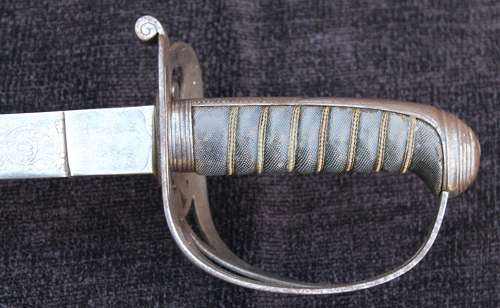 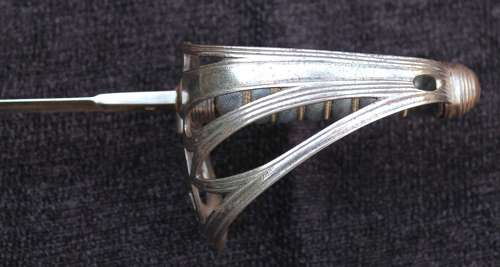 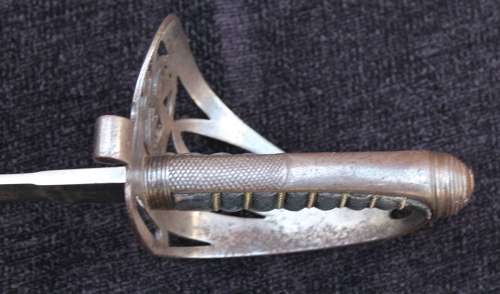 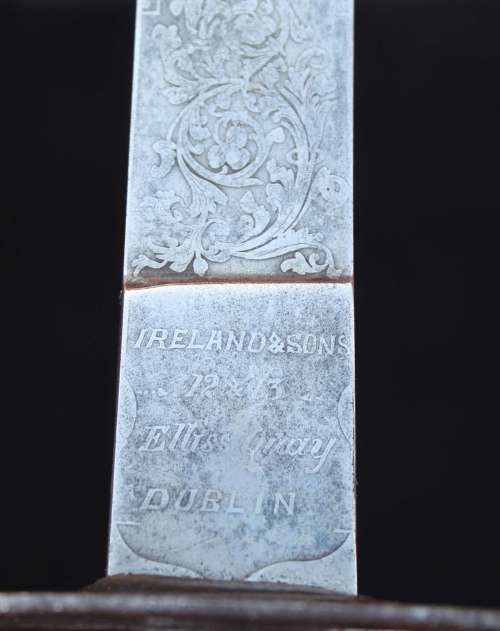 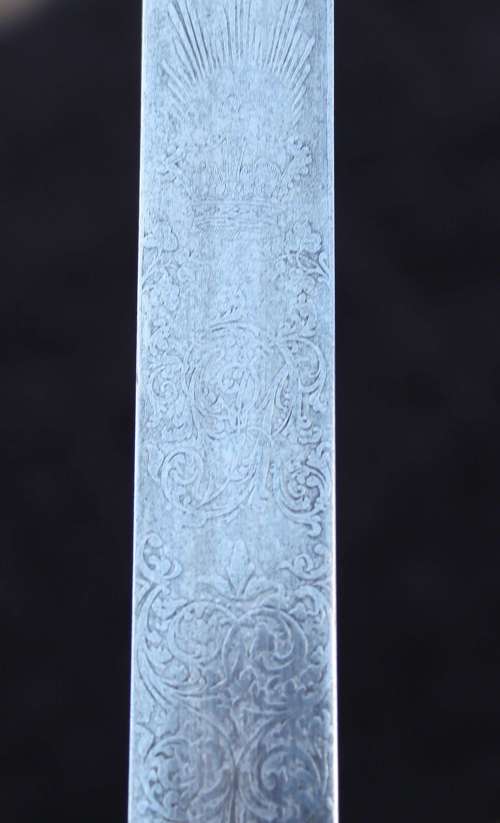 The hilt of gothic 1827 Rifles pattern, in steel, with the crowned harp cartouche in place of the strung bugle. Shagreen grip bound with copper twistwire in very good order. Stepped pommel, the backpiece with chequered thumb rest. The hilt would benefit from a clean and polish.

The solid, unfullered 32.5 inch blade seems to be a feature of RIC swords of the Victorian period. Of the three examples I have owned over the years, all have had this feature. It is etched to the ricasso with the makers details;

John Ireland is recorded at this address between 1856 and 1858. After this time is is recorded as trading solely from number 13 Ellis's Quay. He seems to have been the main supplier of uniform, swords and accoutrements to the Royal Irish Constabulary. He also held a patent for the design of the RIC sword belt.

To the opposite ricasso, the proof slug is contained within a starburst, and features a fleur de lis. Above this, within a floral banner is the word "Warranted" which harks back to earlier Georgian Officers swords, and not often found on Victorian sword. The blade is skillfully etched, and the Royal Irish Constabulary crowned harp badge is particuarly well executed. The blade also features floral decoration, and crowned Victorian royal cypher.

The blade is bright and clean, but does have some edge nicks, particualry towards the blade point.

The sword is housed in its original brass scabbard with twin hanging rings. The other RIC officers swords I've handled have also had brass scabbards. This example is a very good fit for the sword, and although it does have some knocks, dings and dents, particuarly towards the point, it is solid, and free from any splits.

A rare sword, which can be tied down to a very small date window.