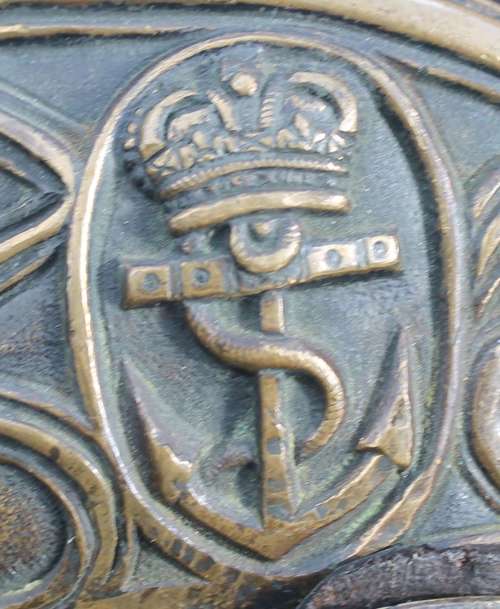 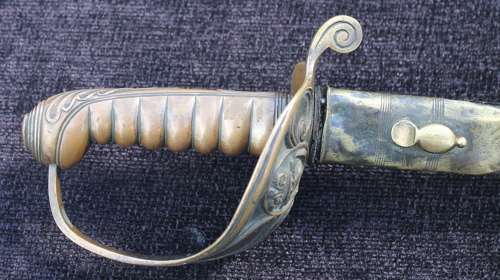 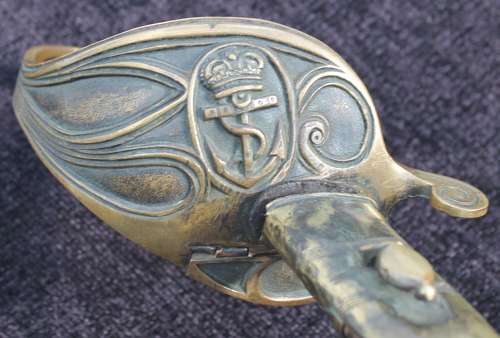 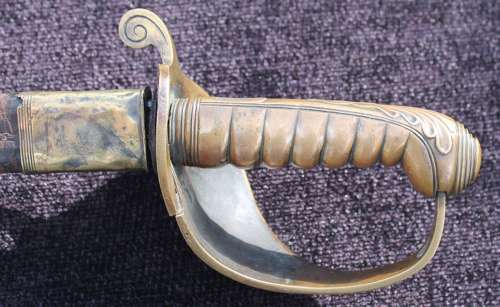 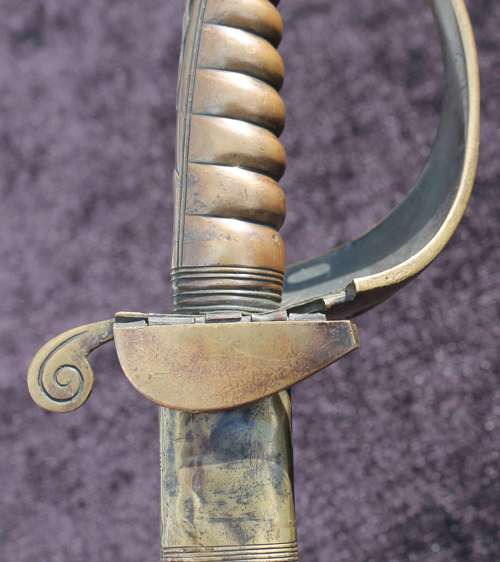 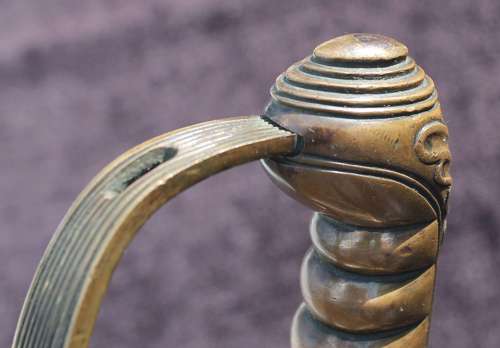 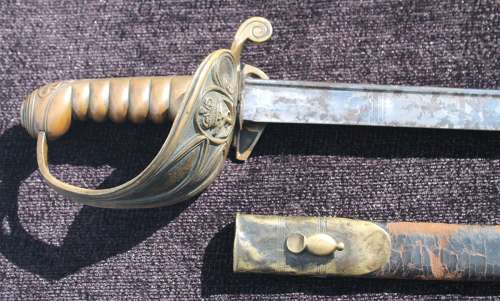 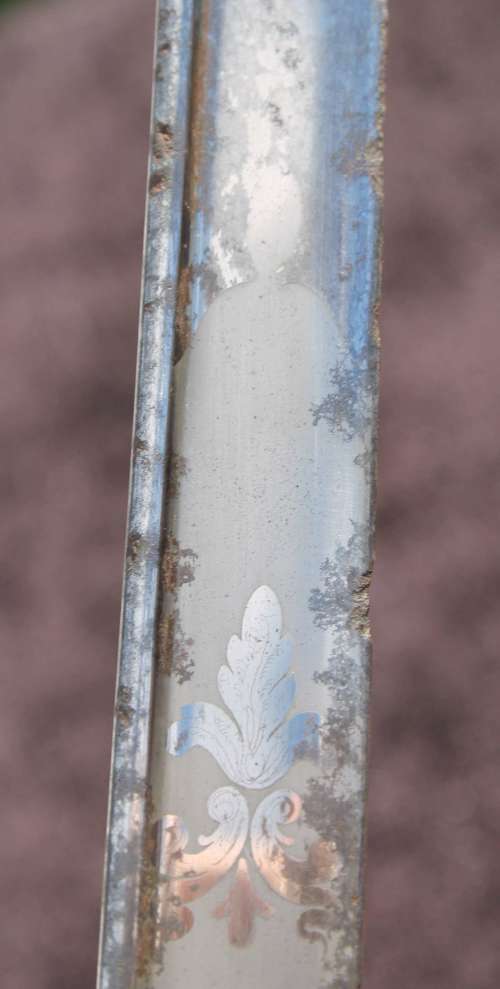 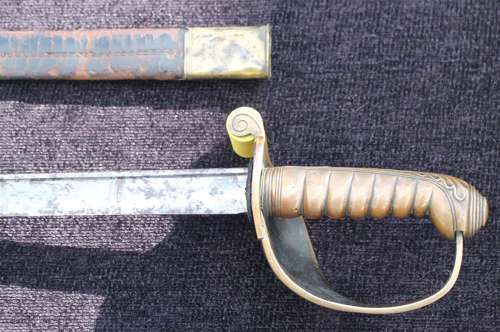 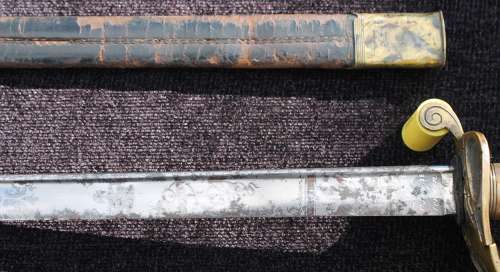 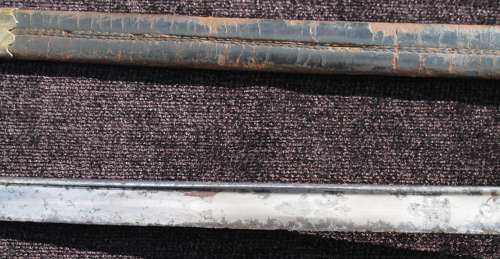 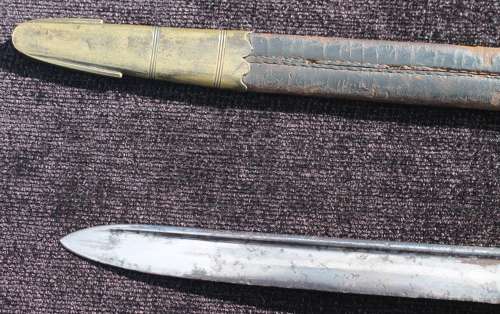 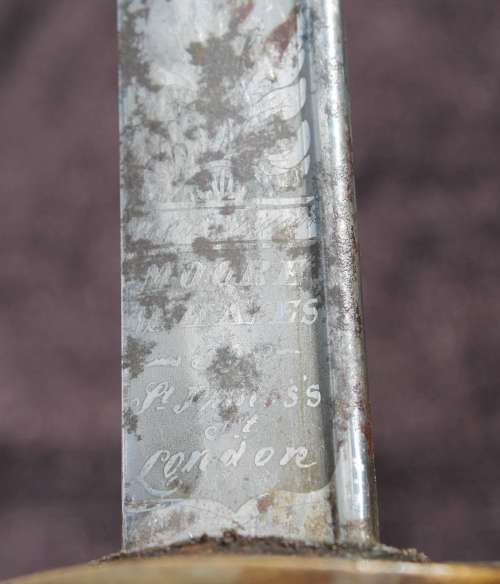 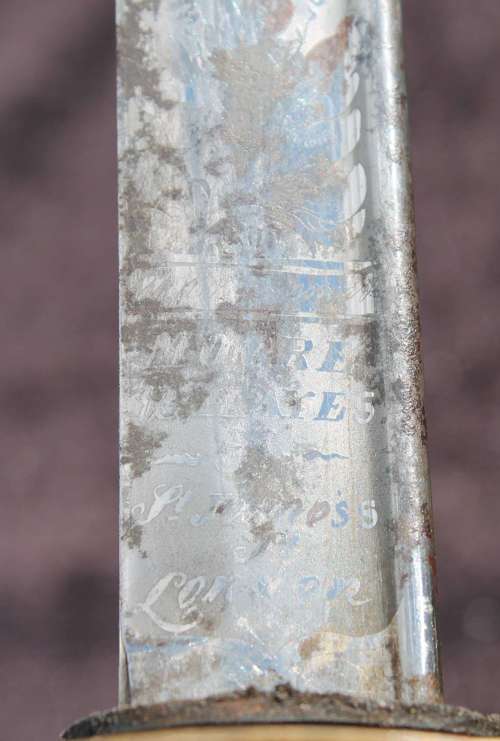 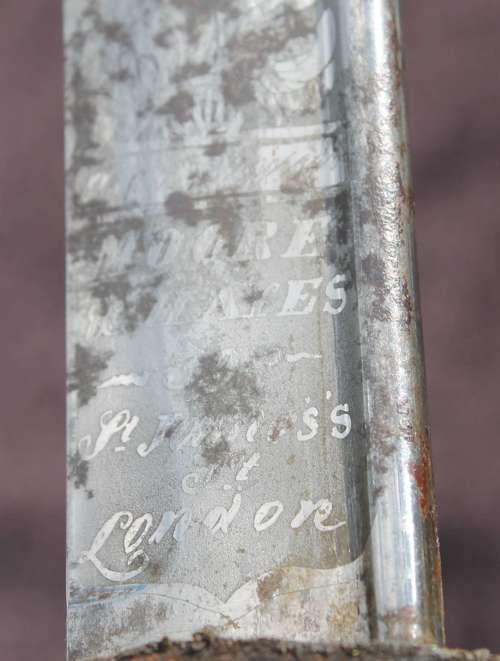 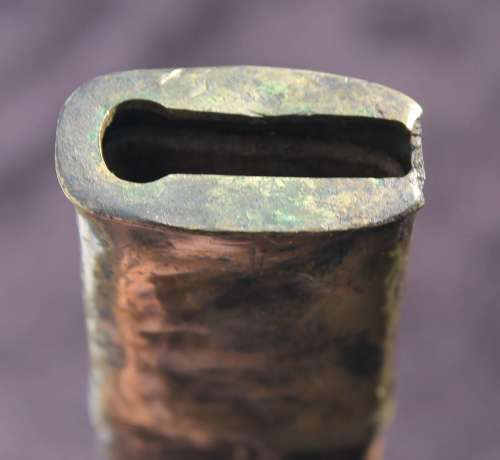 This intriguing example bears a number of unusual features, which would have made it a very handy sidearm for shipboard combat. It is the only one of its type I have ever encountered.

The guard is a regulation 1827 pattern naval officers pattern, of solid type, with hinged inner guard intact, but no longer sprung. The grip of solid brass, more akin to the type often associated with customs and the river police.

The etched, pipe backed blade measures 20 inches. Manufactured by "Moore&Hayes, 39 St James St, London". The partnership of the established tailoring firm of Charles Moore and the Hatter Henry Hayes appears to have been shortlived, only being recorded in the year 1836, which nicely places this sword in the last year of William IV's reign. The blade also etched with a crowned fouled anchor, and unusually for a naval sword, a lion passant, the latin "Honi soit qui mal y pense" within an oval floral wreath, with a crown above.

Although likely cut down from a larger blade, it would seem, given all the other unusual features, that this sword was either a special order, or a short lived, unrecorded pattern.

The blade with areas of original polish shining through areas of dark staining, with edge nicks and corrosion to the cutting edge. No movement between the blade and hilt.

Housed in its original brass mounted leather scabbard, with frog stud to the top mount, for wear in a cross belt. The scabbard in good, complete condition, but would benefit from a feed and repolish to preserve it.