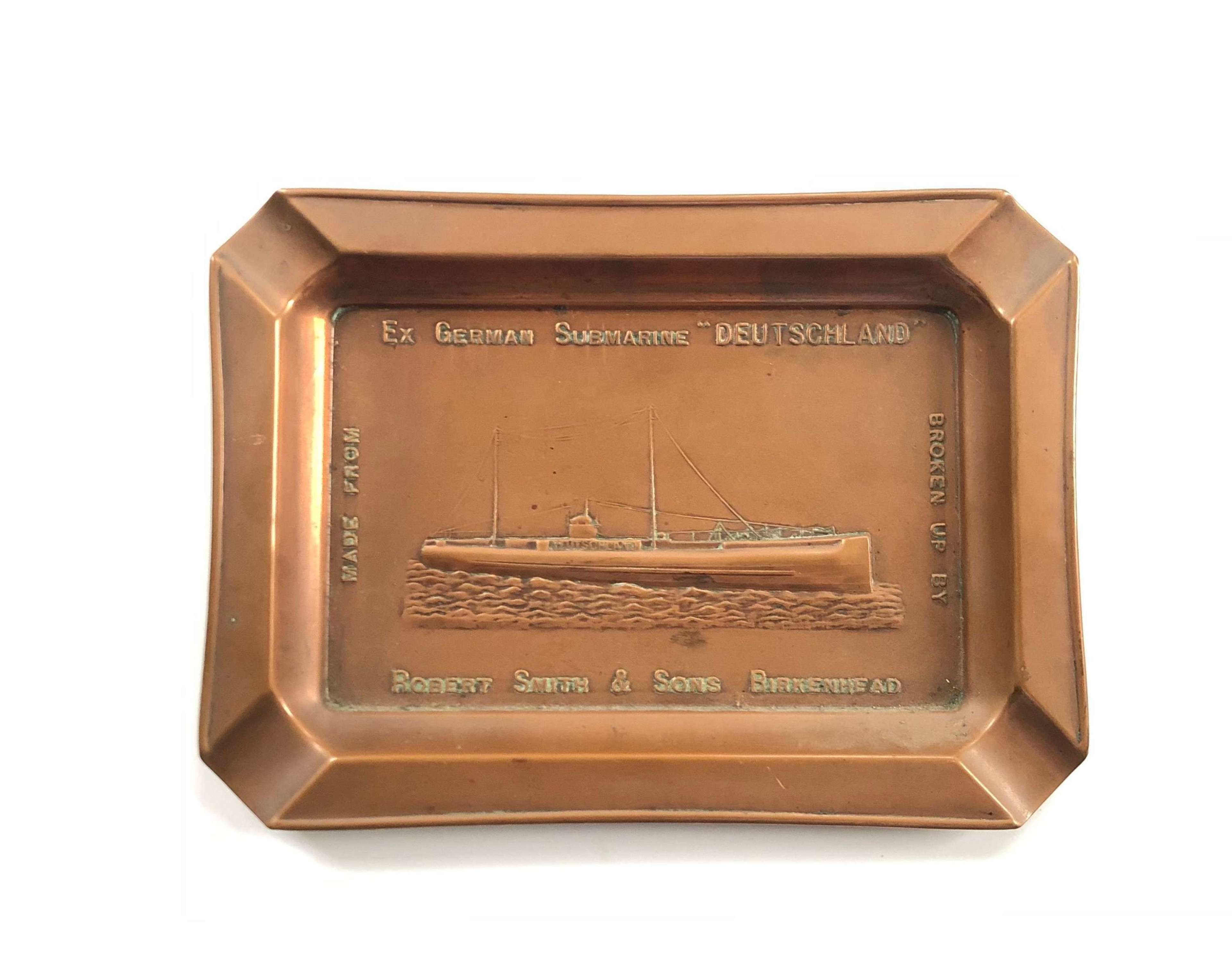 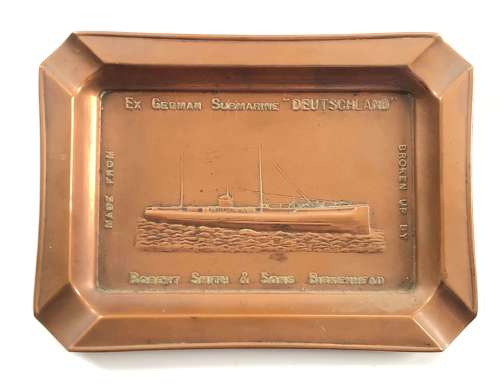 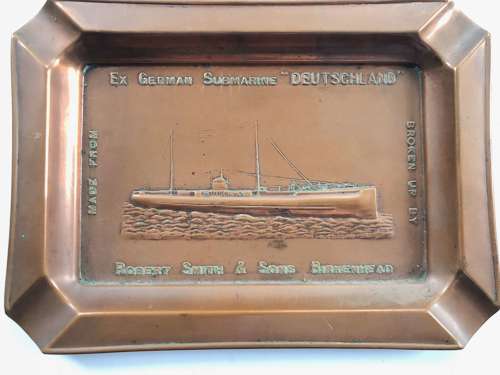 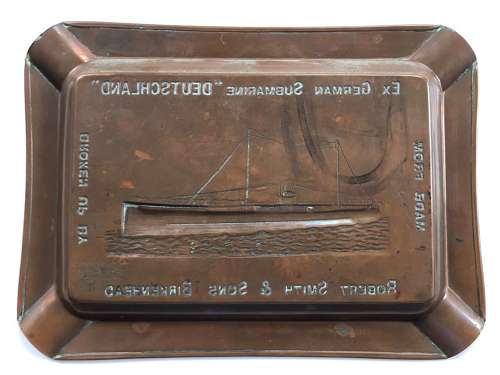 WW1 German U-boat U-155 DEUTSCHLAND Copper ashtray
A very good example made from the copper of U-155 when she was broken up by Robert Smith & Sons of Birkenhead. The ashtray is embossed with an image of the U-boat and details. Near VGC
Size 7 x 5 inches

Between June 1917 and October 1918, the Deutschland sank 120,434 tons of shipping and damaged a further 9,080 tons of shipping. The submarine was surrendered in 1918 as part of the WWI armistice and was on exhibition in London. It was sold for scrap in 1921. When being broken up in 1922 by Robert Smith & Sons, an explosion ripped the ship apart killing 5 apprentices

Other items in Trench Art

View all in Trench Art 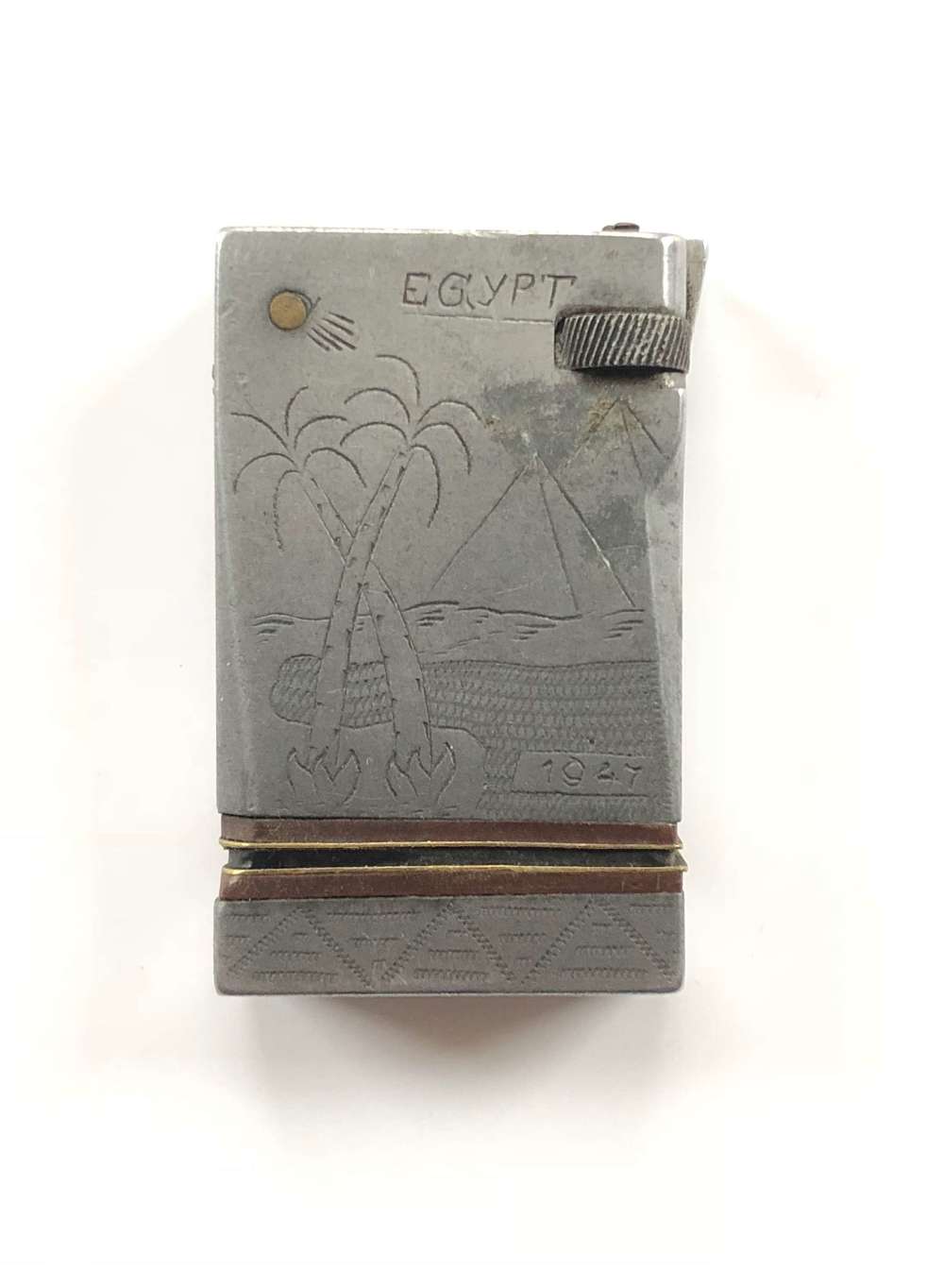 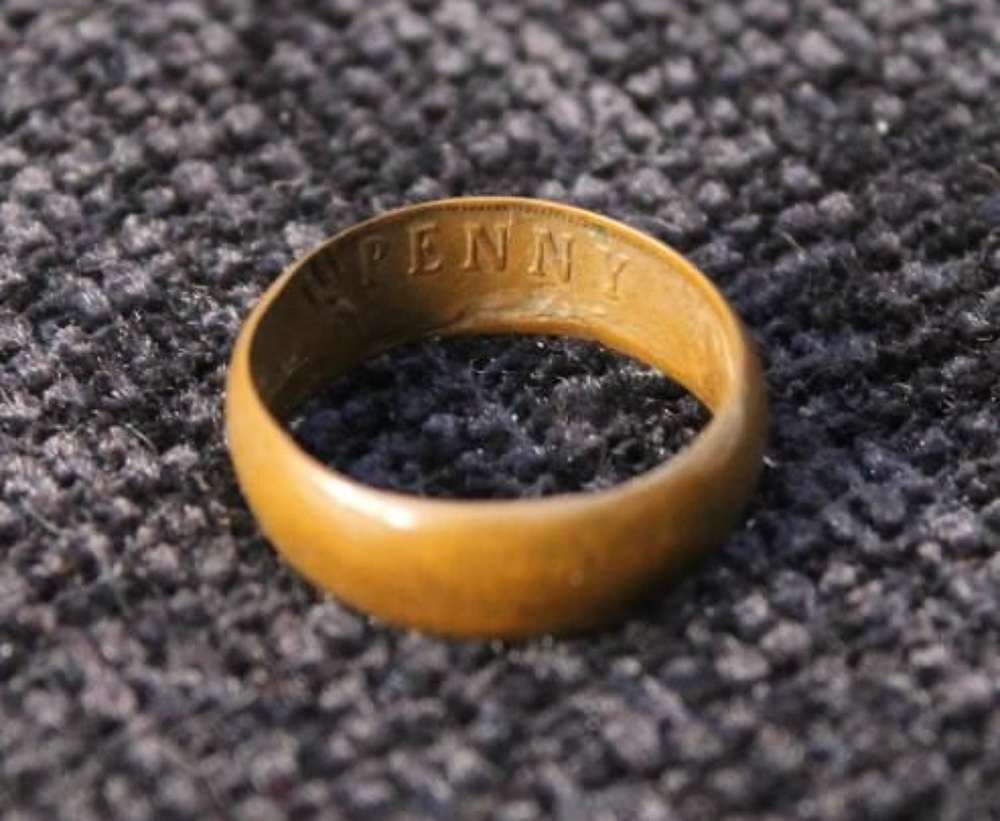 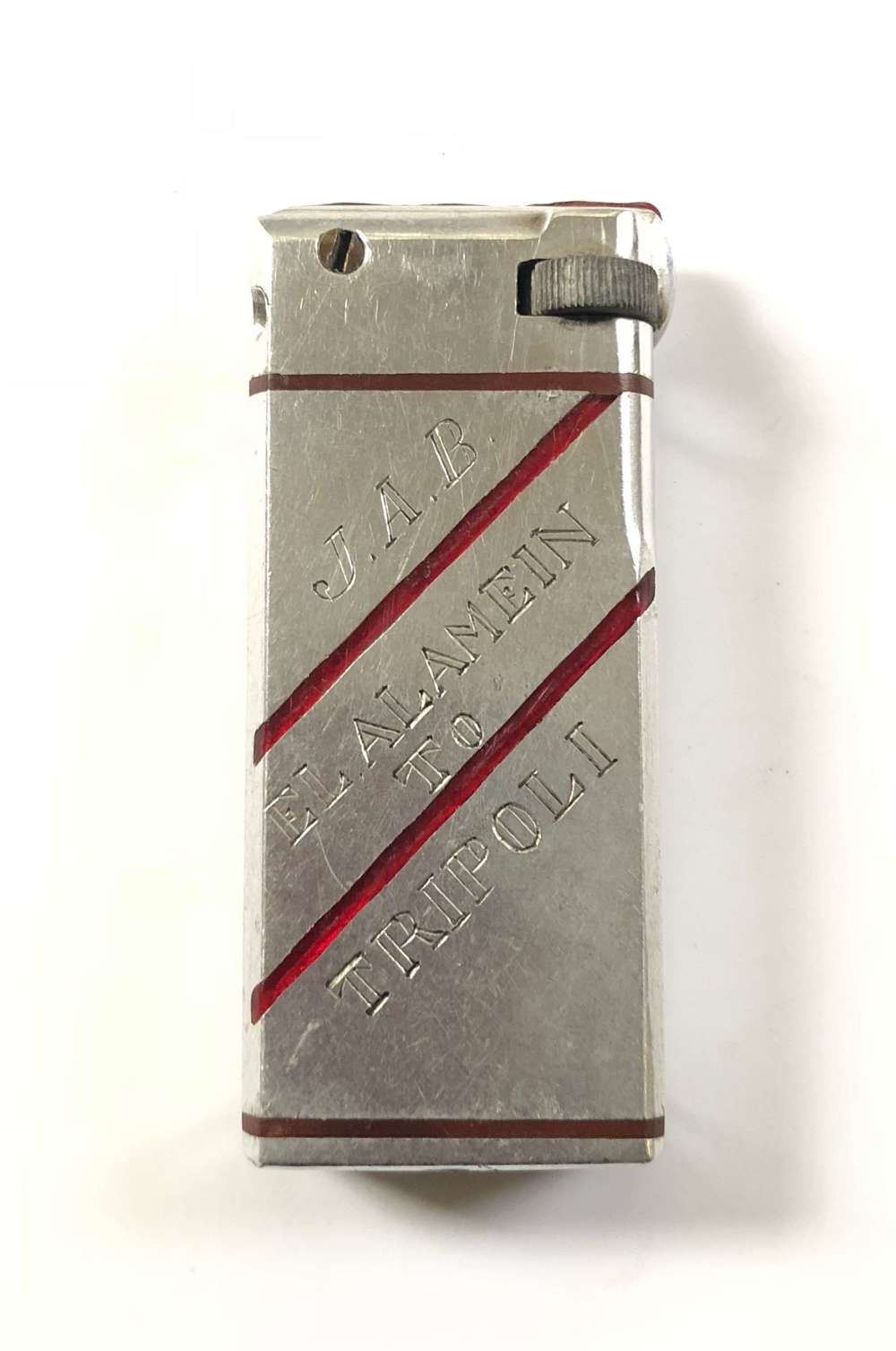 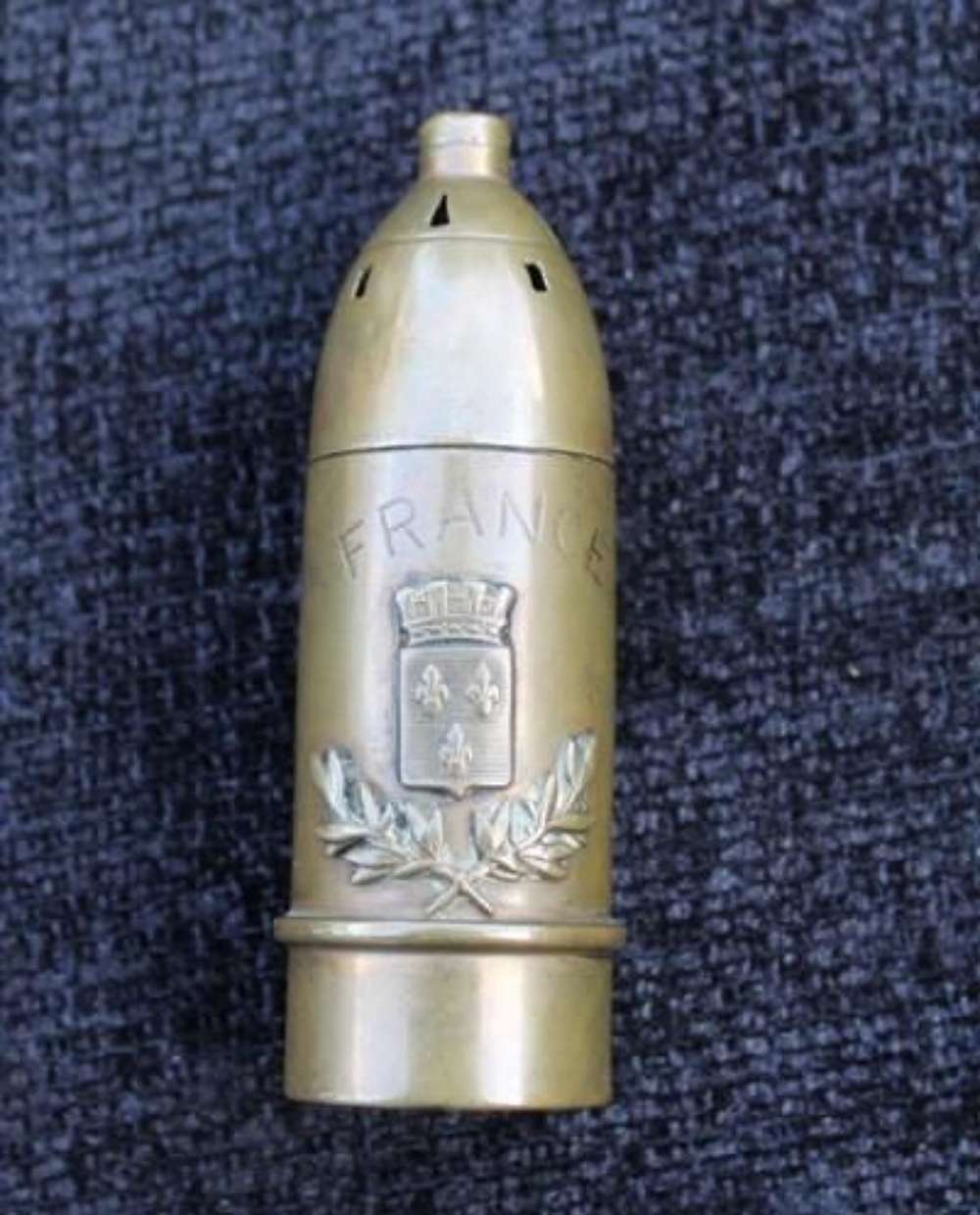