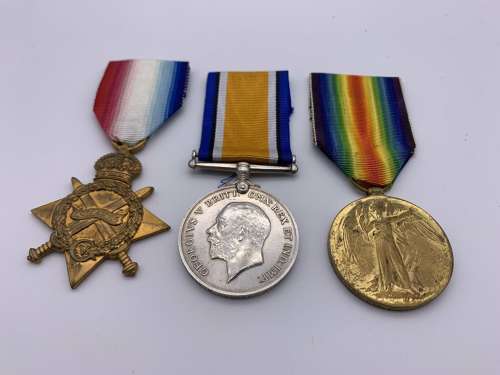 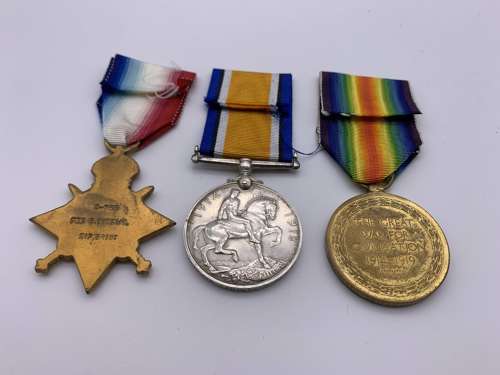 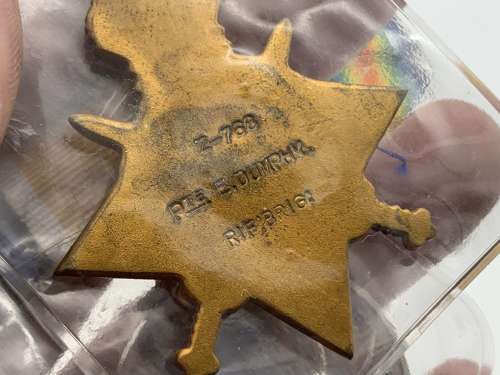 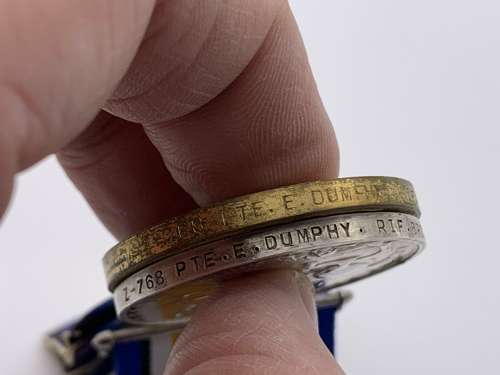 The medals are named as follows; Star - Z-768 Pte E. Dumphy. Rif: Brig:. BWM and Victory - Z-768 Pte. E. Dumphy. Rif. Brig.  The BWM has been officially renamed - it was probably originally issued with a 'typo' and so was sent back by the recipient for correction.

Edward Dumphy was born in Salford, Manchester. He served during the Great War with the 2nd Battalion, Rifle Brigade in the French theatre of war from 16 March 1915. Private Dumphy was killed in action on the Western Front, 9 May 1915, and is commemorated on the Ploegsteert Memorial, Belgium.

Other items in Tribute & commemorative medals

View all in Tribute & commemorative medals