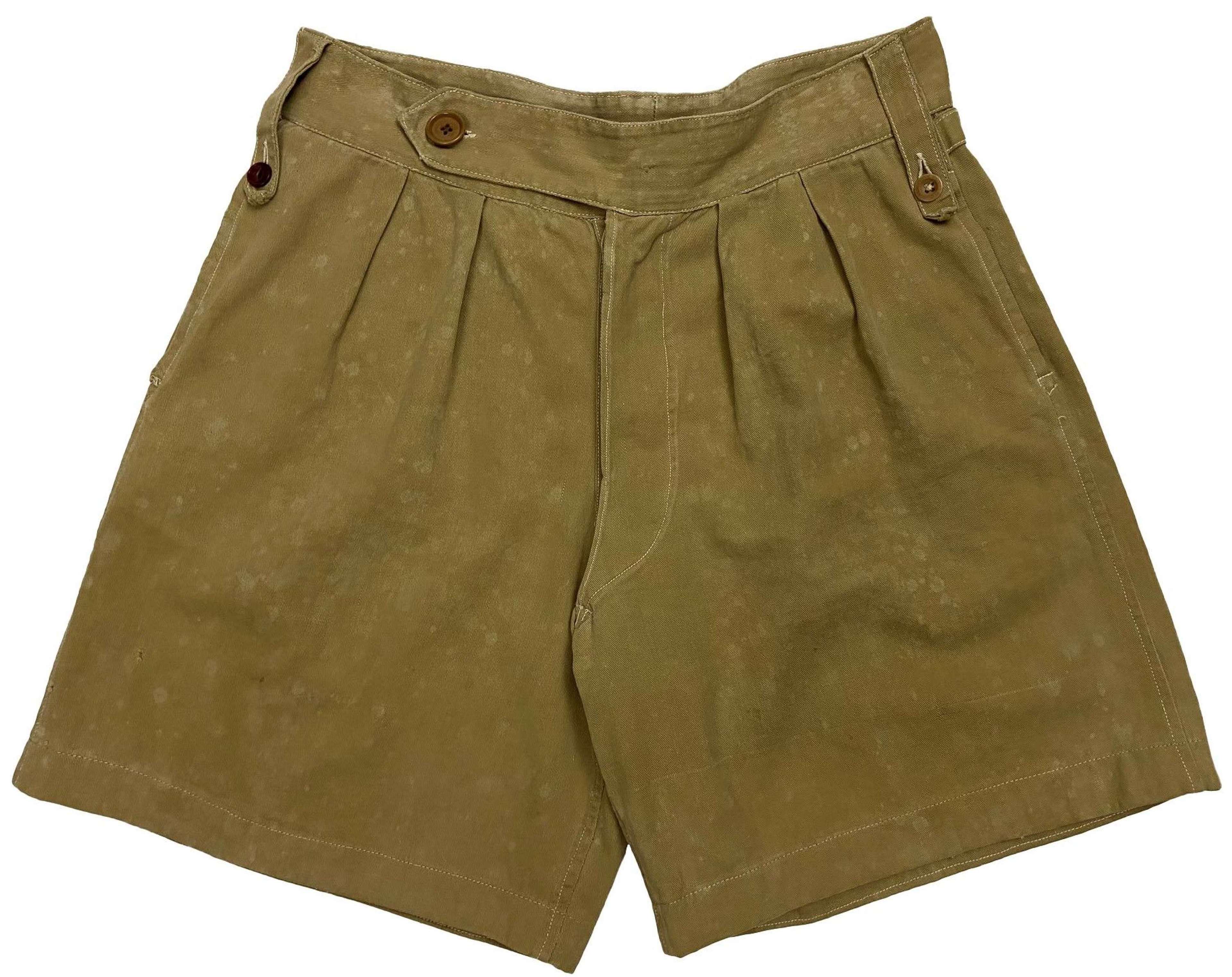 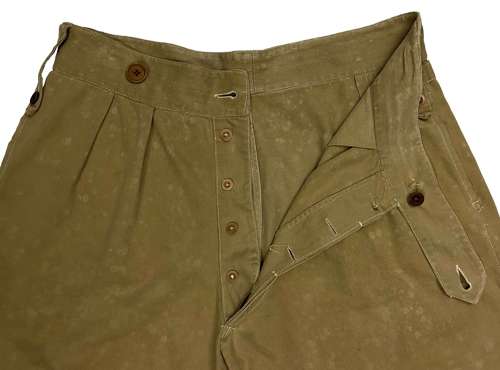 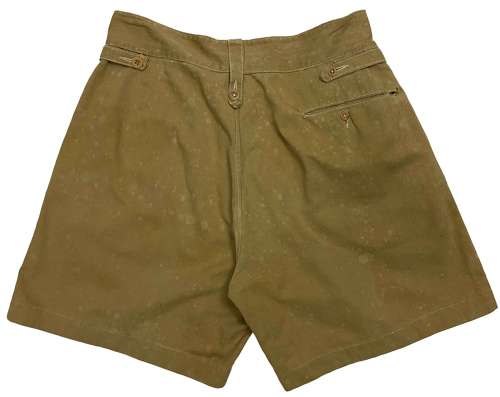 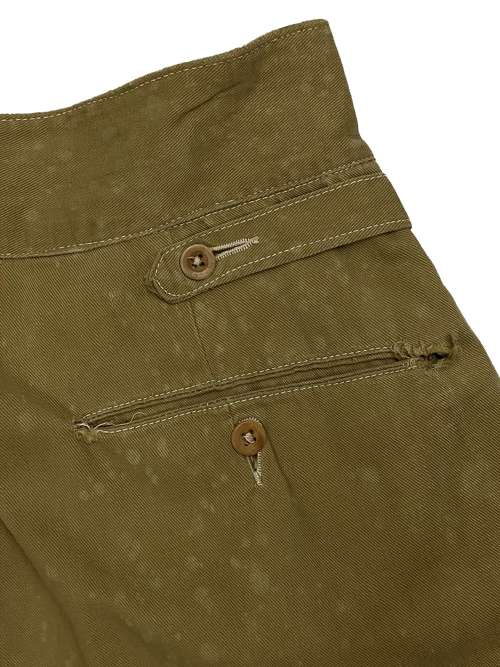 An original pair of theatre made Khaki Drill shorts dating from the 1940s and in a 30" waist.

These shorts are typical of those issue during the Second World War being made of a khaki coloured cotton drill and featuring a button fly and buttoning waist adjusters. As well as this they feature straight slash pockets to each hip which help date them as later pairs usually have angled pockets. They are typical of those bought by Officers stationed in the tropics during the Second World War and in the post-war period. The stitching would indicate that these are theatre made rather than British made with the style of waist adjusters being another indicator of this.

The shorts are in worn condition but still have plenty of life left in them. They feature various stains and signs of use as is to be expected from a pair of 70+ year old shorts. Some of the buttons have been replaced with period examples. Please study the pictures to get the best idea of the condition and bear in mind that these are a vintage, pre-worn item which may have small issues commensurate with age.

A nice pair of wartime period shorts with great period details and in wearable condition. These would make a great addition to any collection or could suit a re-enactor. 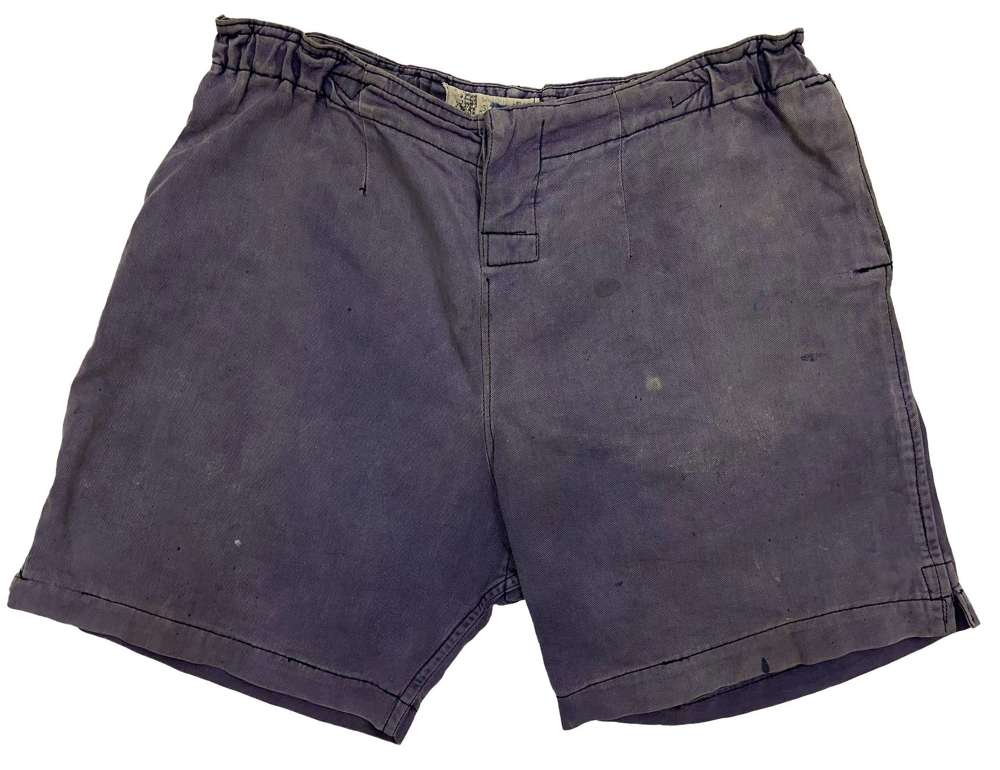 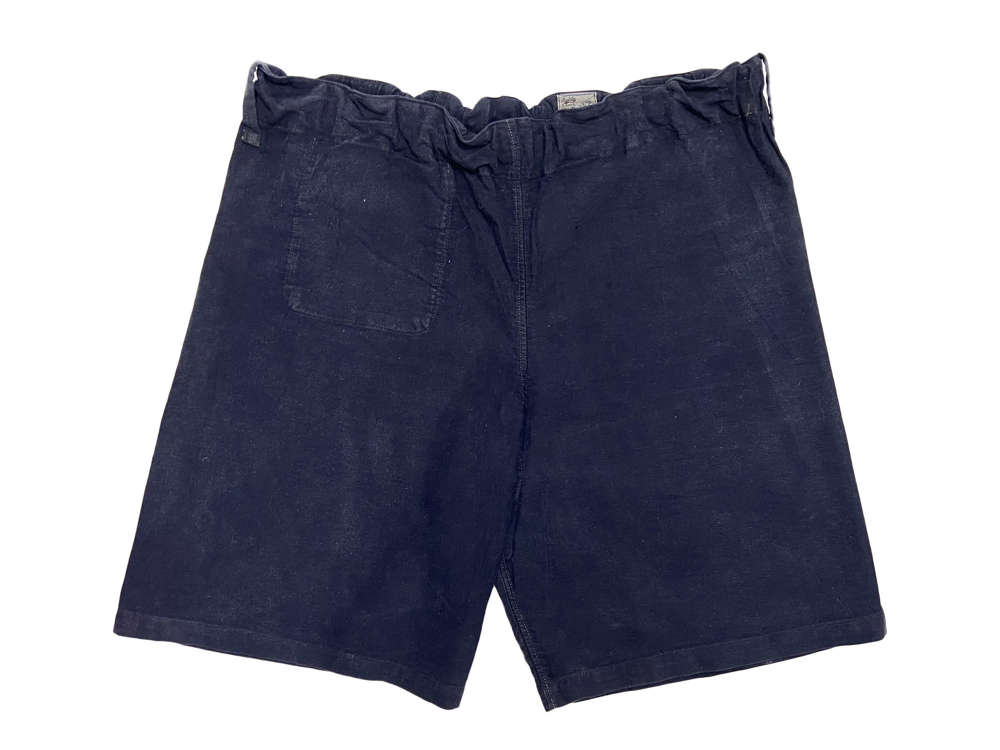 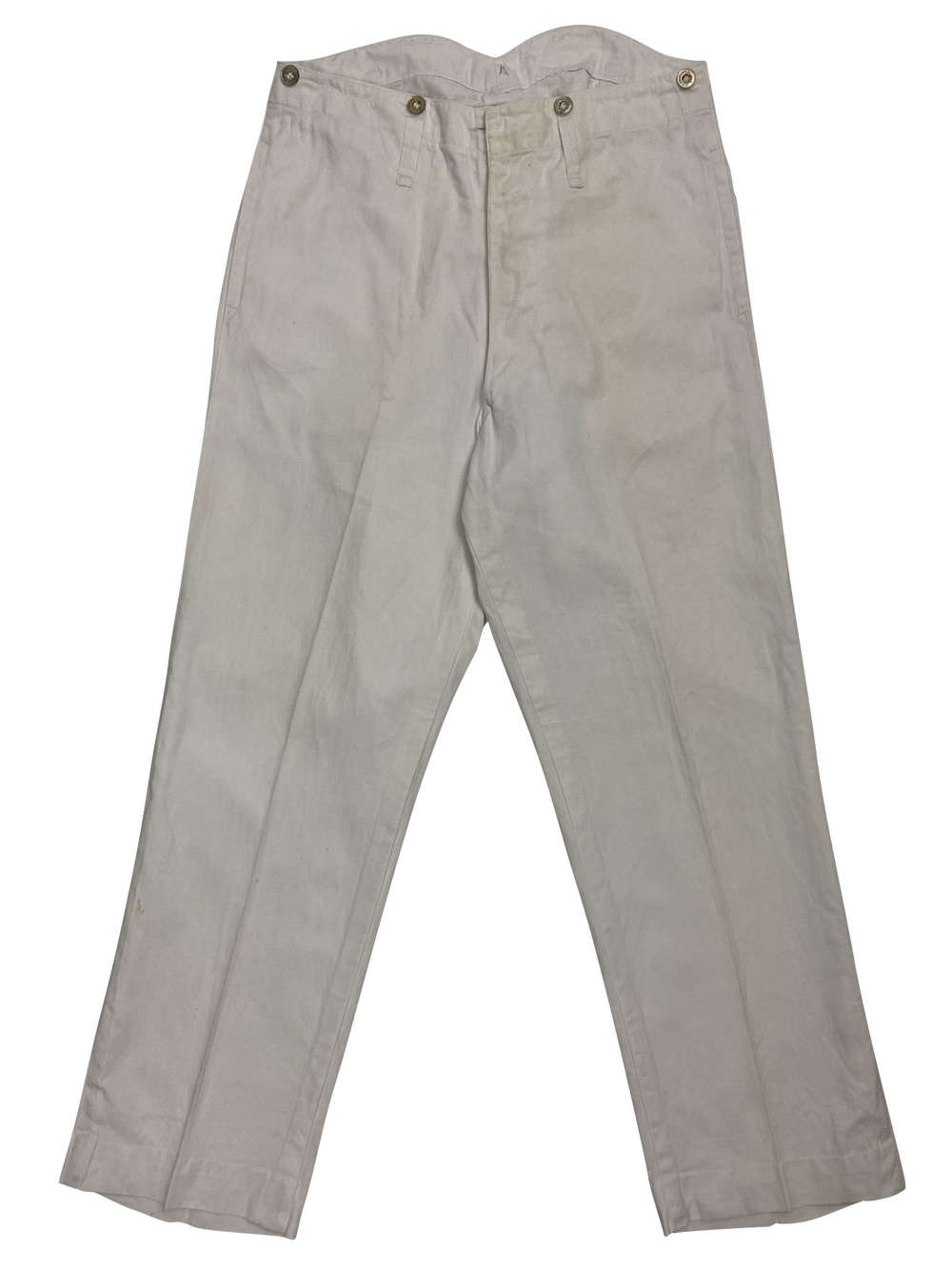 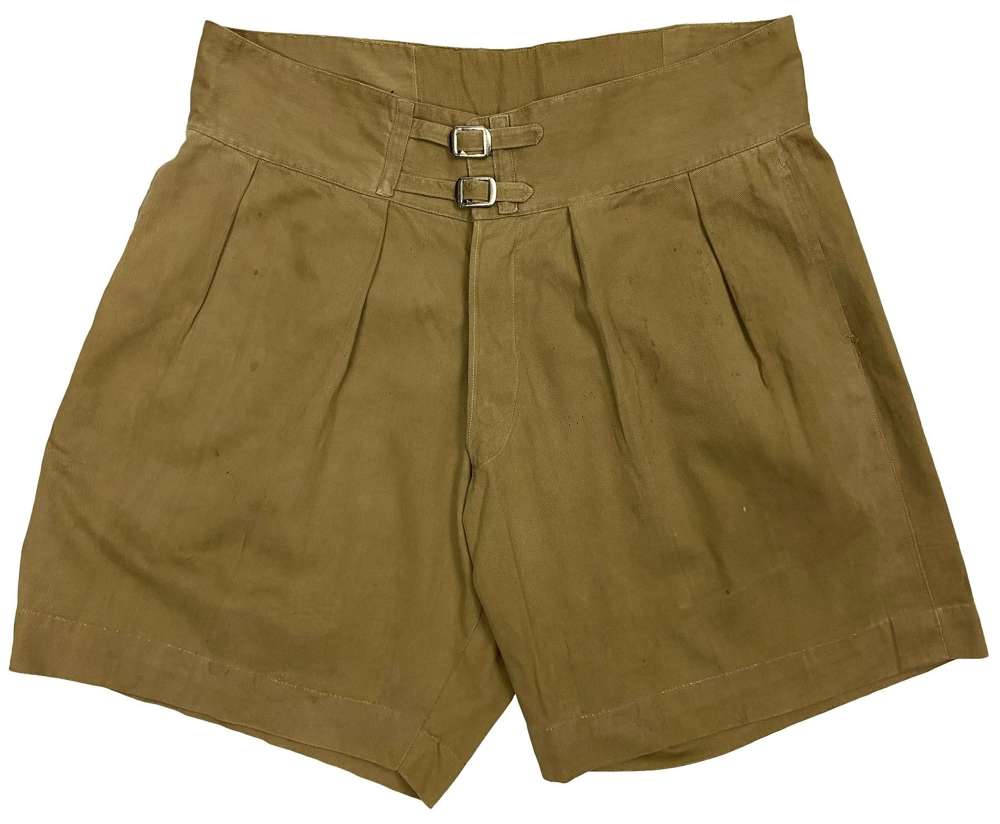