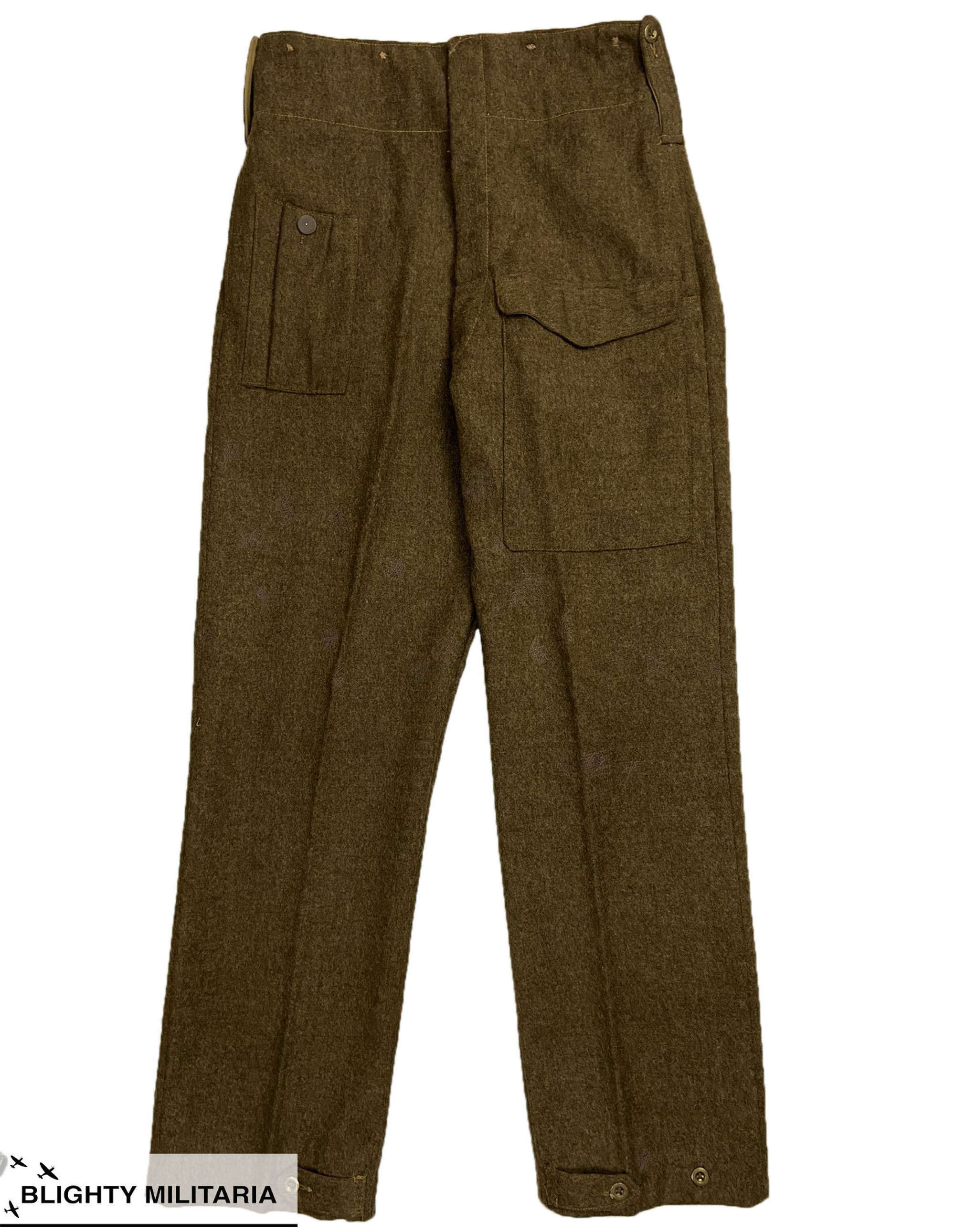 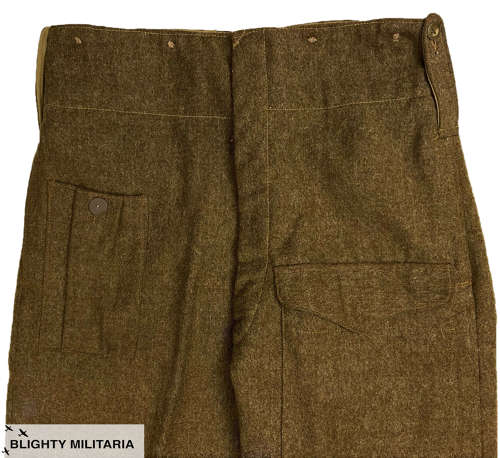 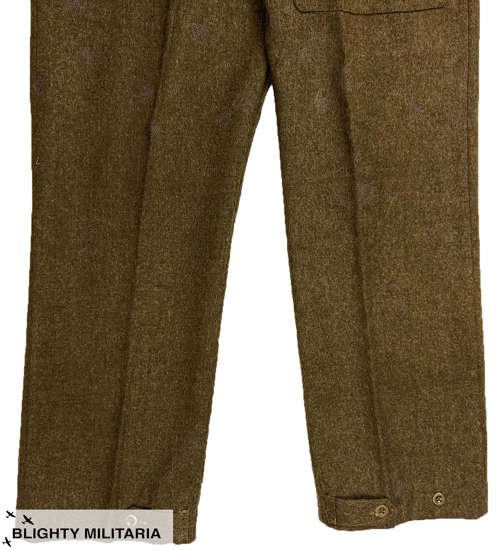 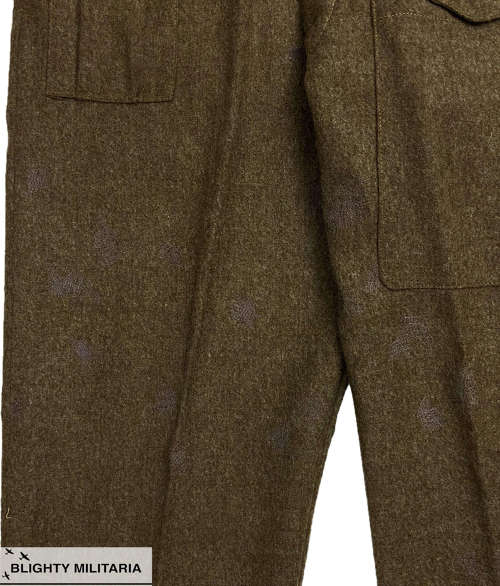 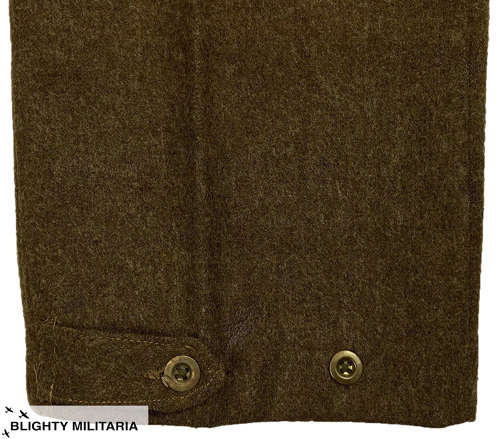 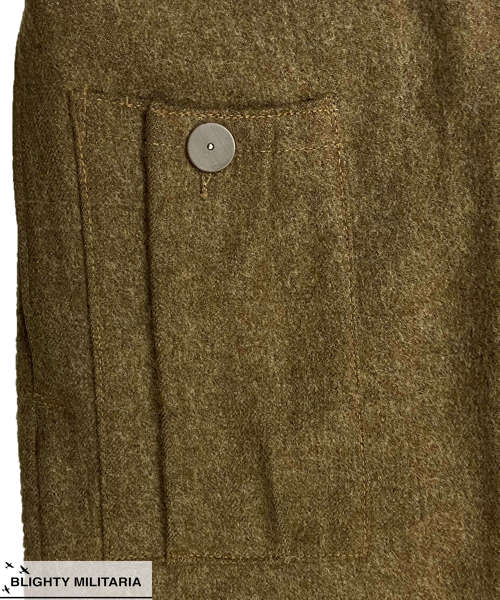 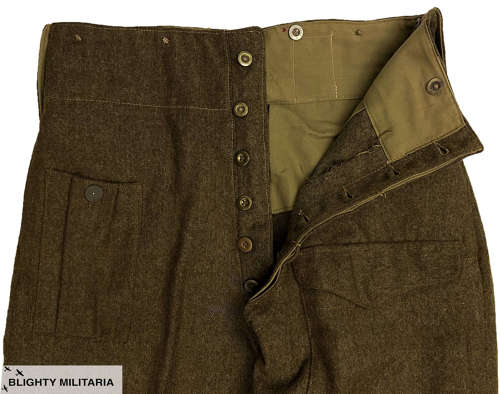 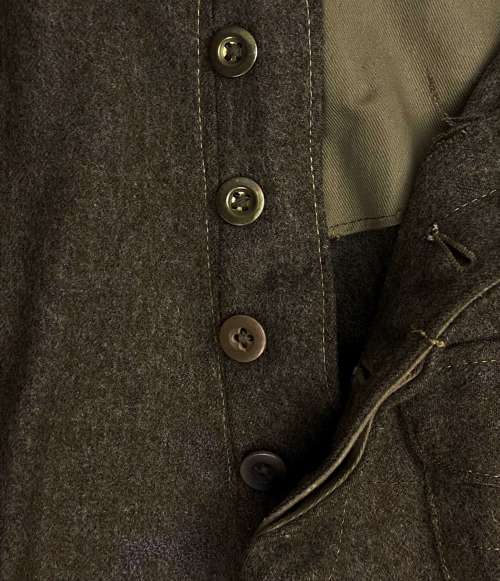 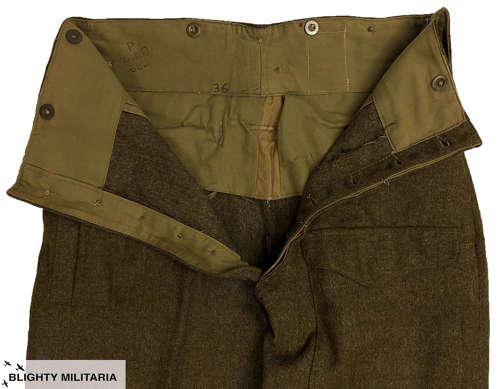 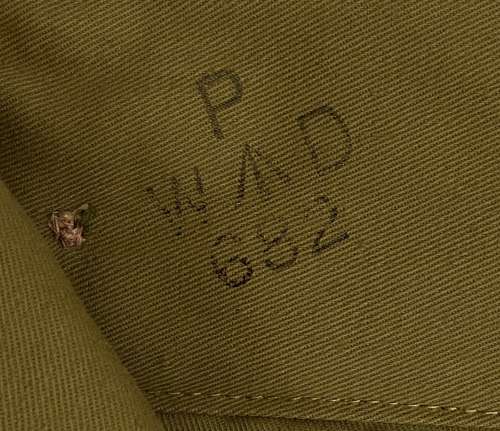 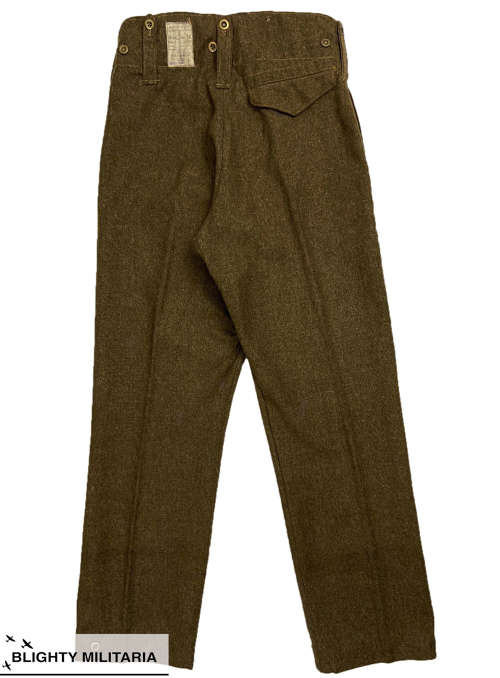 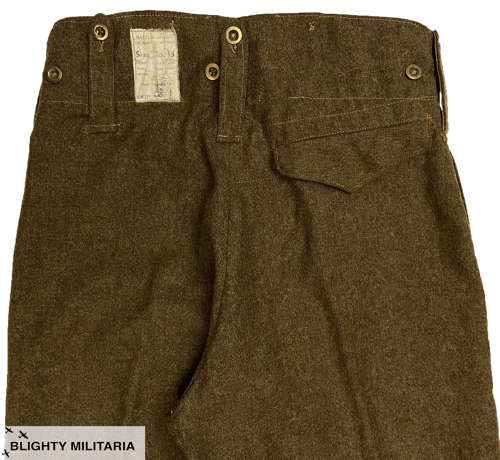 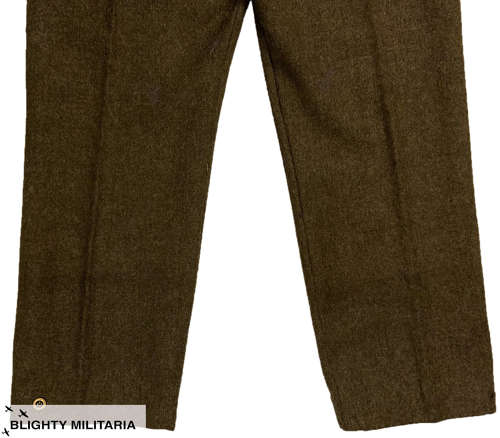 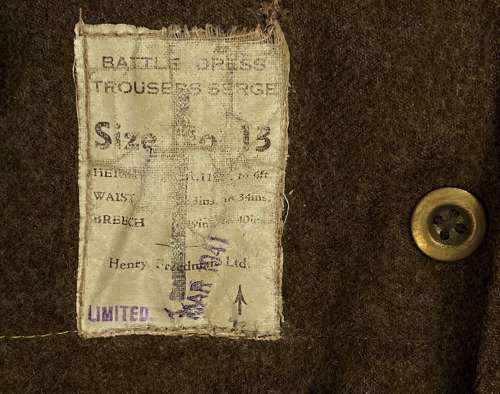 An original pair of 1941 dated 1940 pattern British Army Battledress trousers which belonged to a private in the Aylesbury Home Guard.

This pattern of trousers was introduced in the middle of 1940 following the retreat from Dunkirk. They feature a twin pleated first field dressing pocket to the right hip which is the main feature which differentiates them from the earlier pattern. The trousers are made from the standard khaki green coloured serge wool and feature belt loops at the waist and ankle tabs to each cuff. Stamped brass buttons are fitted throughout as is standard for this pattern, save for the two lower most fly buttons which have been replaced with horn examples. This is a typical modification to find on period-worn BD trousers - particularly those used by the Home Guard and officers.

At the rear of the trousers the original label is still present and is bright and legible. It states the size as No. 13 and bears the maker's name of 'Henry Freedman Ltd'.  The War Department broad arrow marking is also present and there is a purple issue stamp with the date of March 1941.

Inside the trousers there is a War Department acceptance stamp which is surmounted by the letter 'P' which denotes 1941 as the year of issue.

The trousers are in good condition and on the whole are a very clean pair. There are no serious signs of wear or use although there are a large number of machine darns which appear to be period. These are shown in the pictures and are reflected in the price.

A good pair of original 1940 pattern battledress trousers with a nice clear label and in a good size. 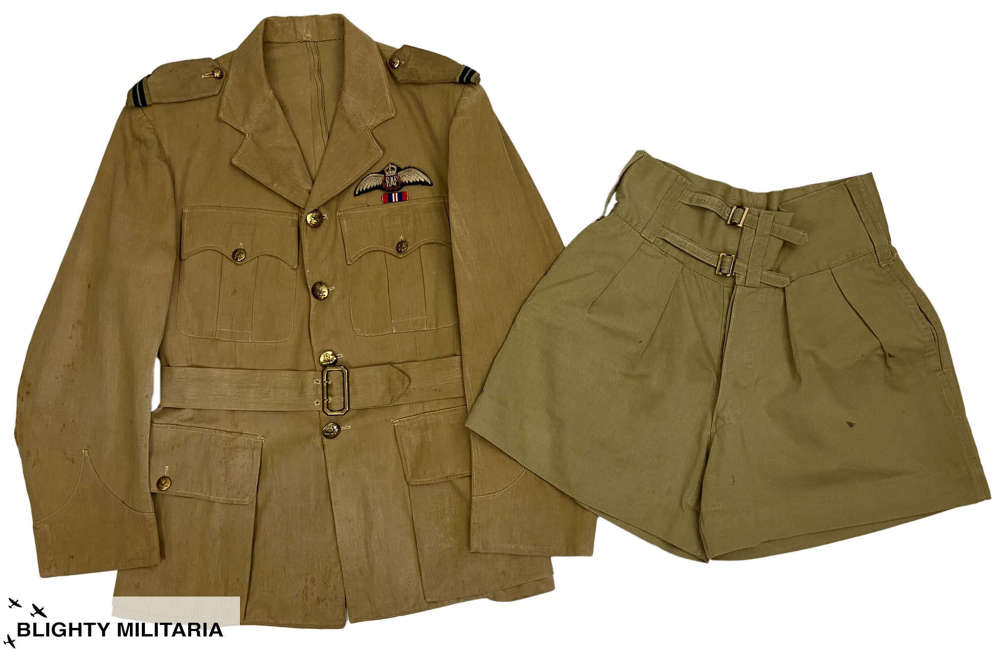 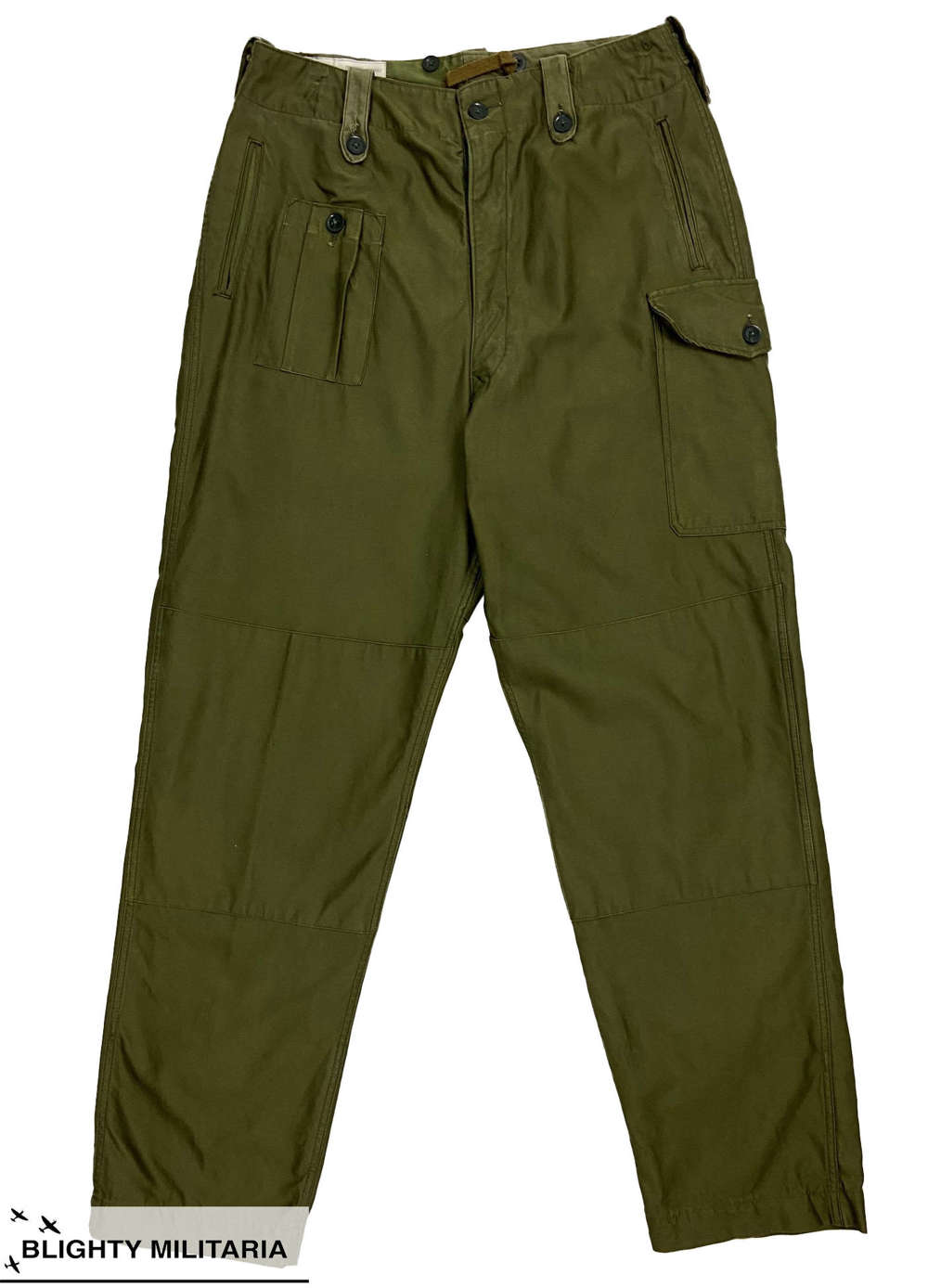 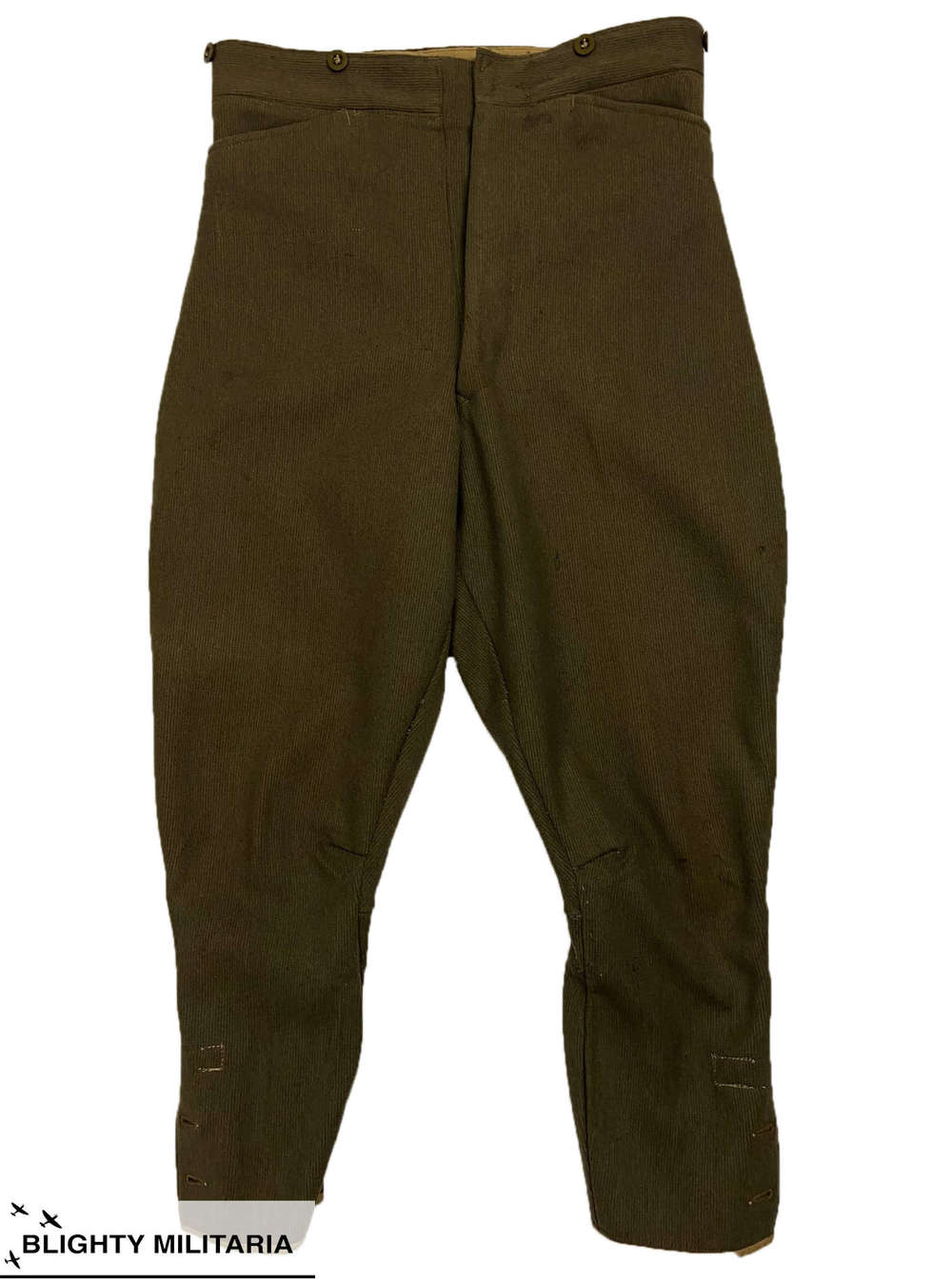