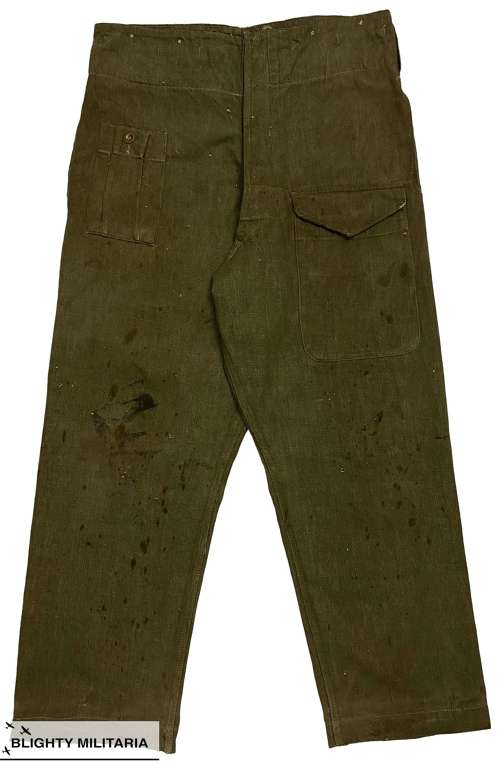 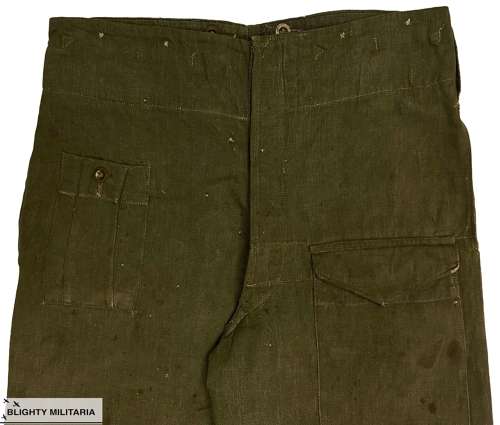 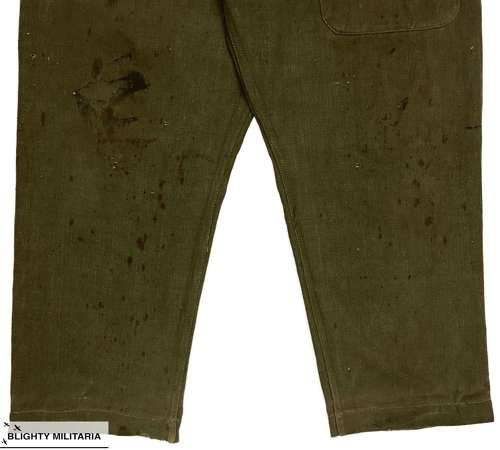 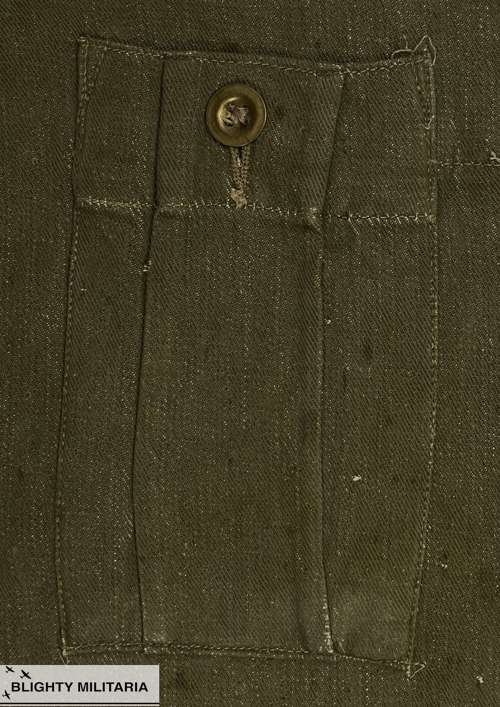 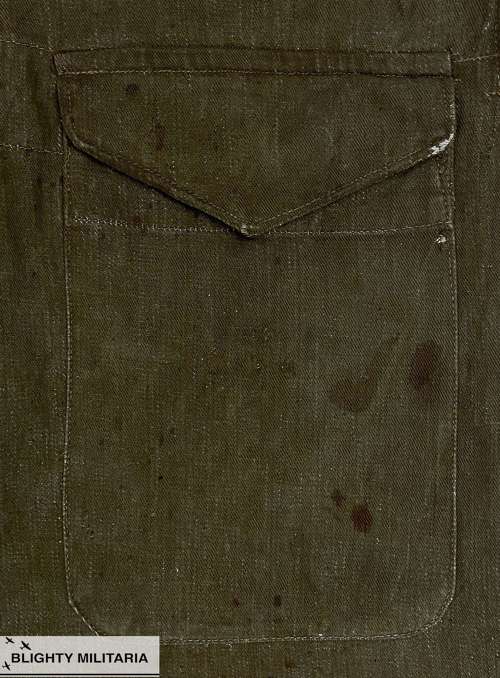 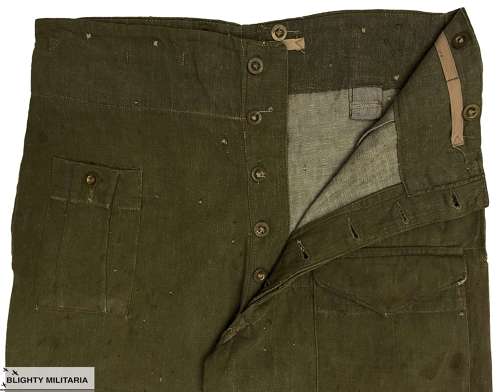 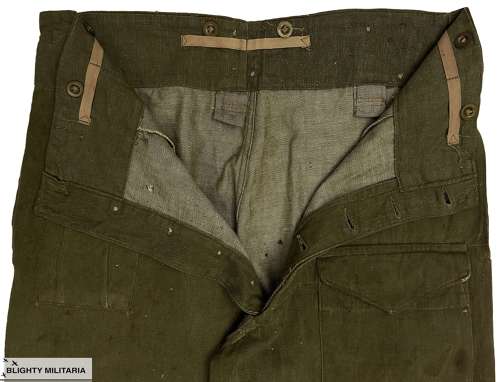 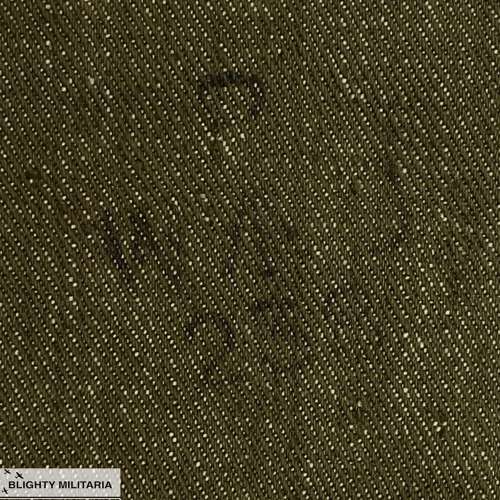 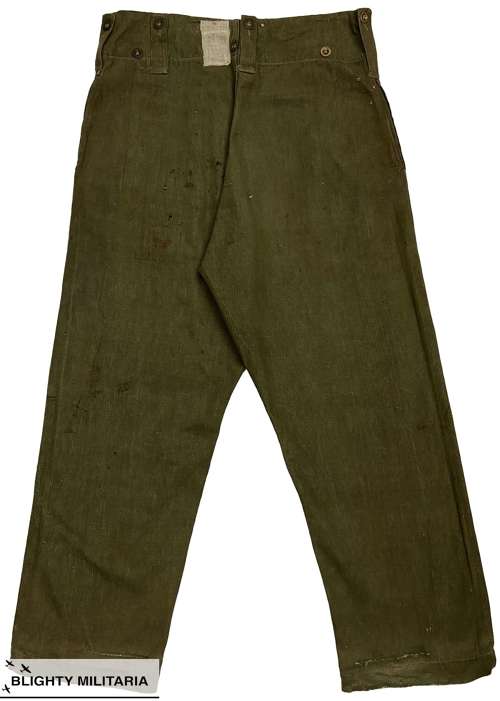 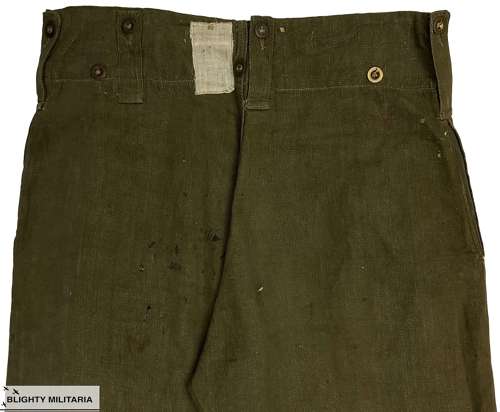 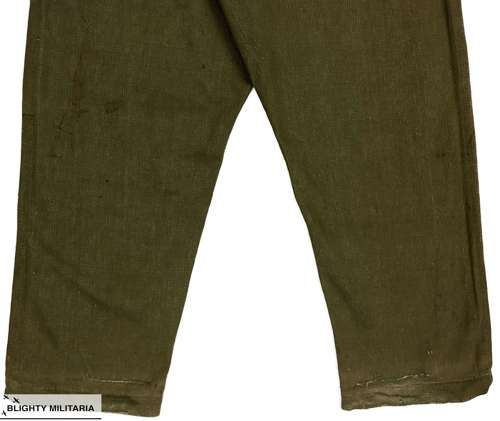 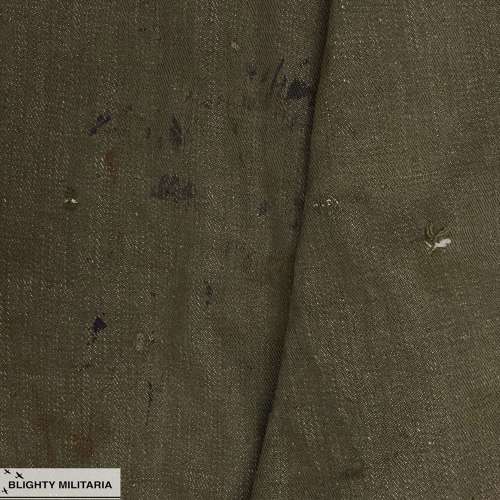 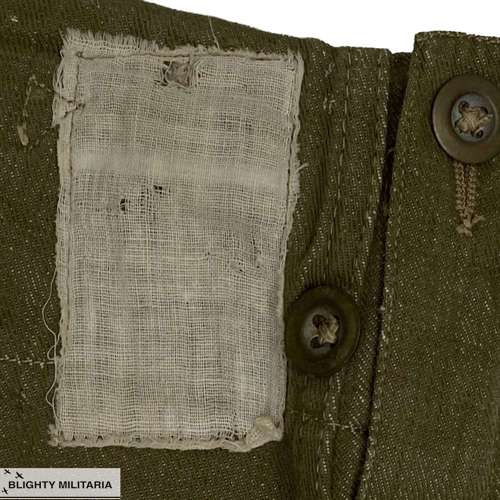 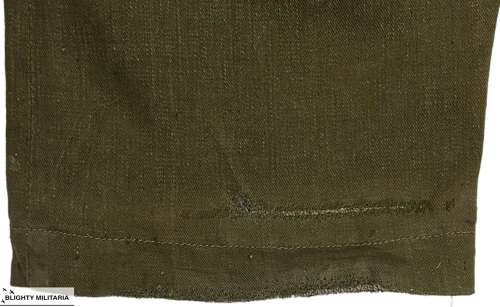 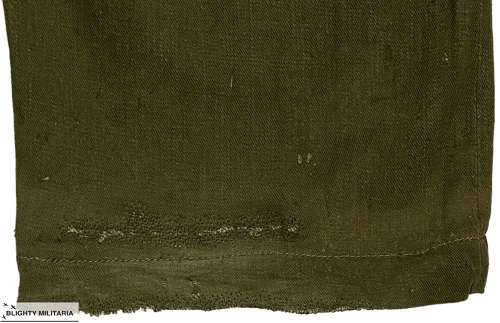 These trousers were made as part of the two piece fatigue battledress set which was designed to be worn over the top of the wool battledress. The design was introduced in 1939 and replaced the earlier fatigues issued during the Great War and inter-war period.  These trousers are an early issue example which was only made prior to 1942 when they were superseded by the austerity pattern. The trousers are cut with a wide leg and a high rise and feature a double pleated first field dressing pocket to the right hip which fastens with a stamped brass button. A large map pocket is located to the left thigh and features a covered button which is another notable feature of the early pattern, as are the belt loops fitted around the waist. The fly fastens with stamped brass buttons and more are located around the waist to which braces can be attached. Slash pockets are located to each hip which also feature an opening to allow access to clothing worn under the trousers. Tabs are located to the bottom of each leg as are usually found on this early pattern.

To the rear of the trousers the original label is still present although it has been washed out, leaving no details legible. There is however a War Department acceptance stamp to the interior which is surmounted by the letter 'P' which denotes 1941 as the year of issue.

The trousers are designed to be worn over the battledress uniform so should be worn oversize for an authentic fit. When laid flat they measure -

The trousers are in good condition with signs of age and wear. There is staining which is not uncommon to find with 1940s workwear and shows that they were used for the intended purpose! There are some repairs to the bottom of each leg and a couple of small holes to the seat, all of which is illustrated in the pictures. Whilst far from perfect, the trousers display well and look to still be wearable. Please take time to study the pictures before purchasing.

A rare pair of original early war British work trousers rarely encountered today. These would make a fine addition to any collection.