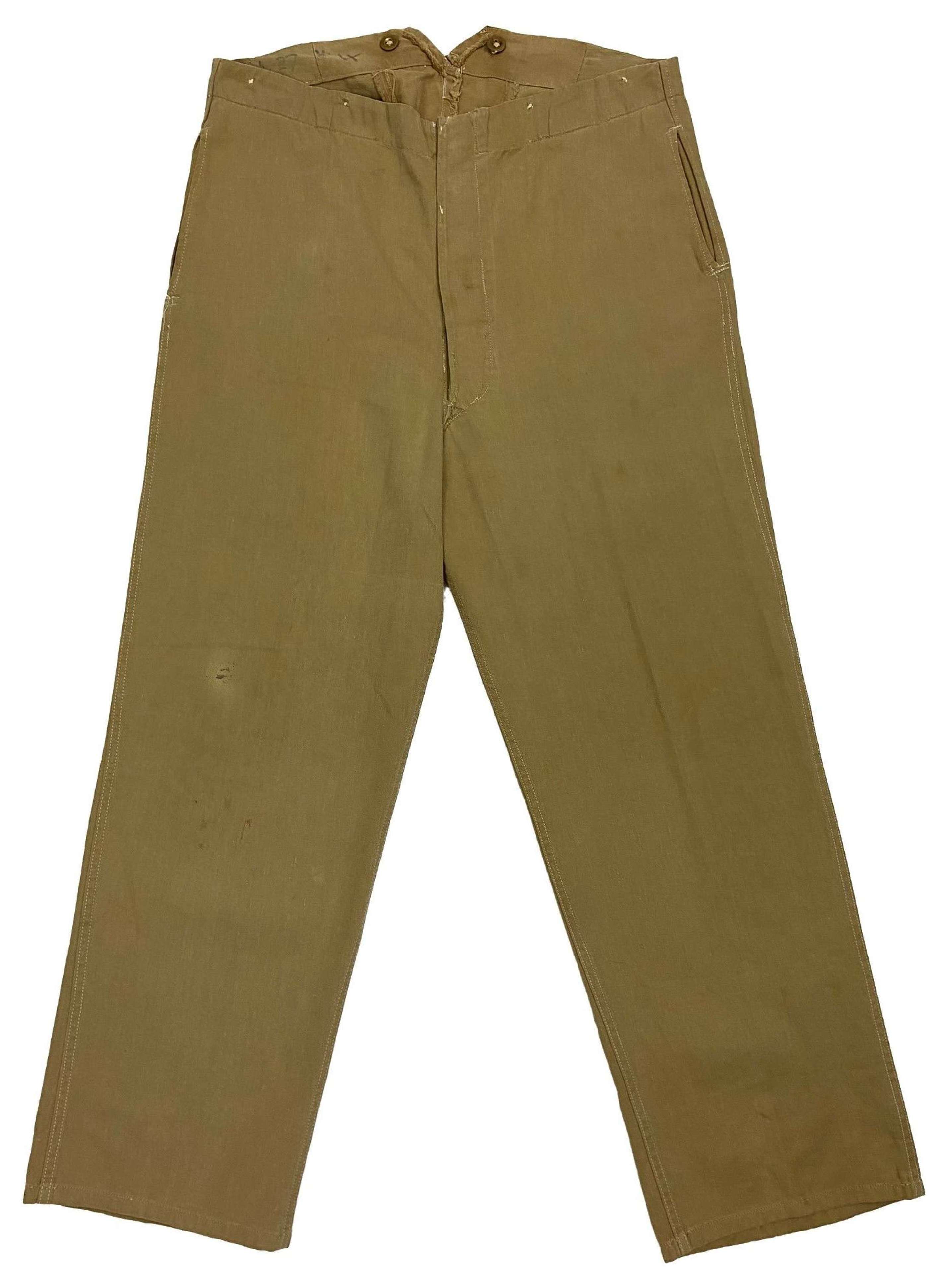 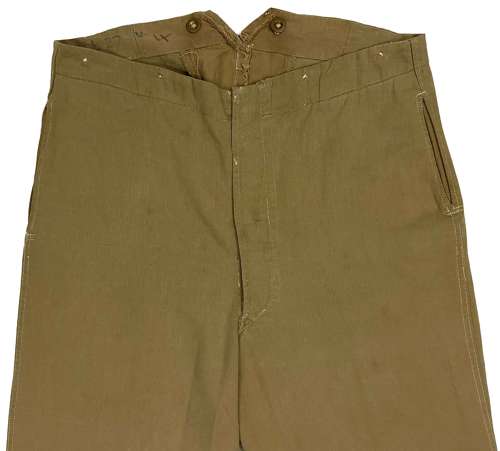 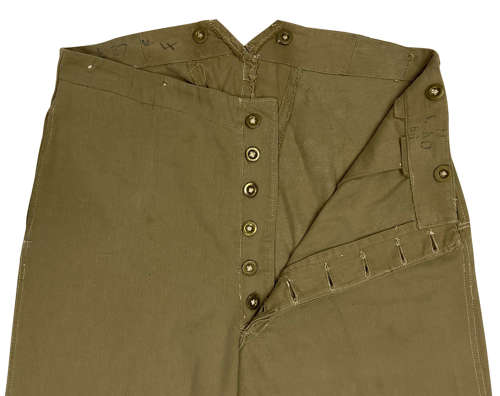 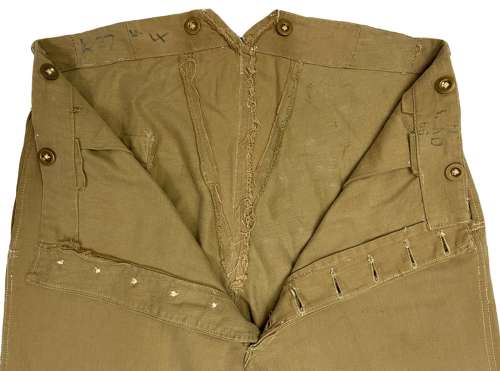 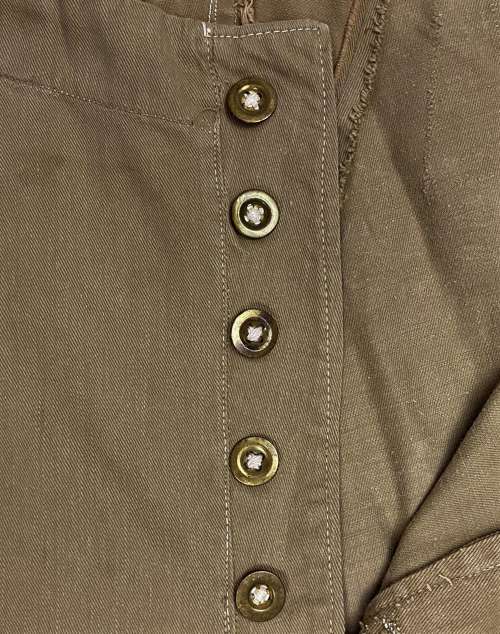 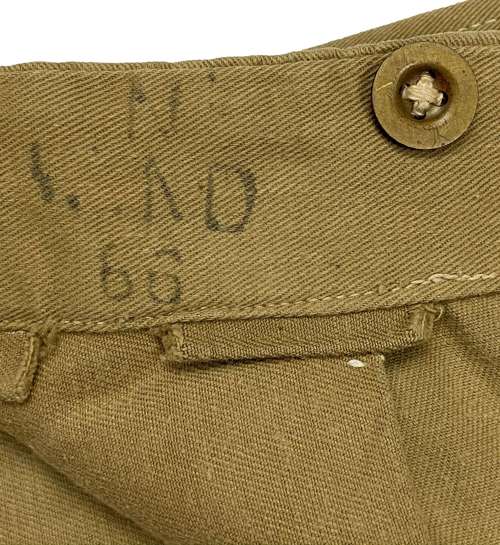 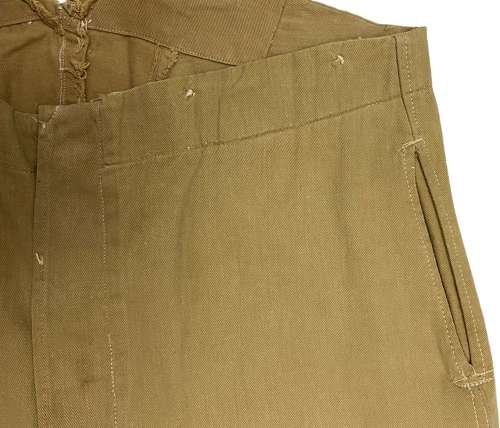 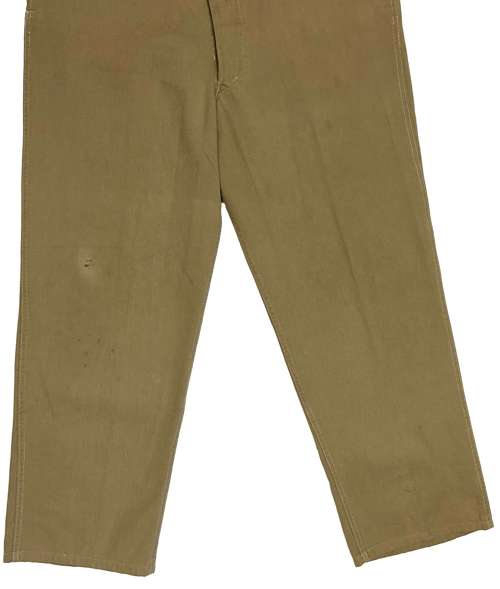 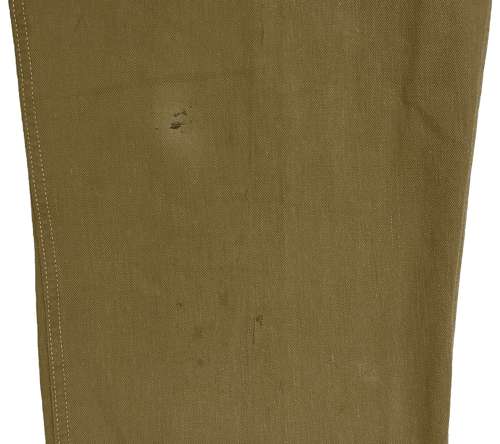 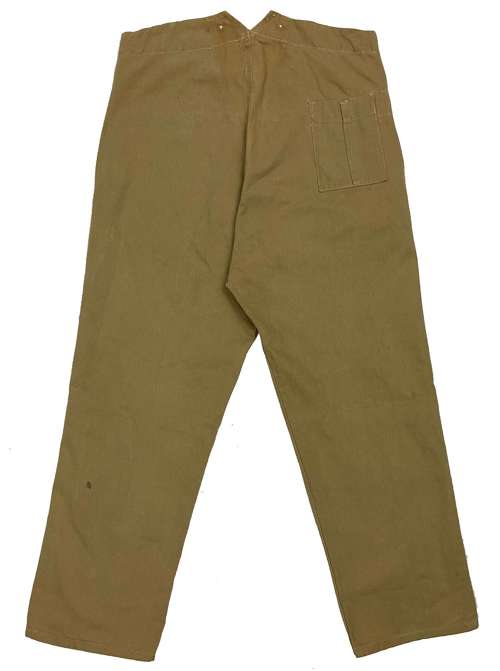 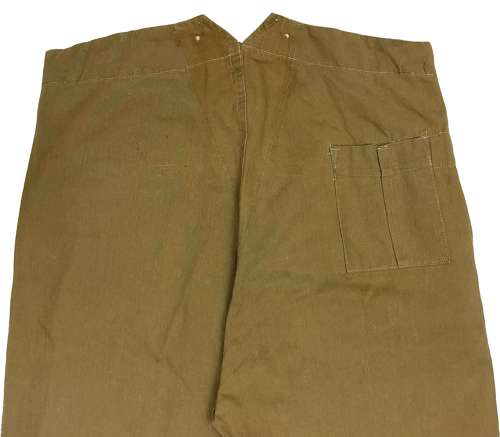 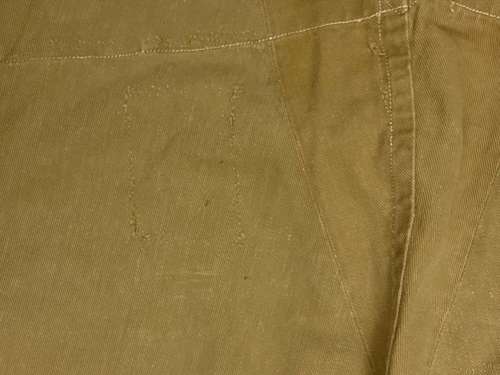 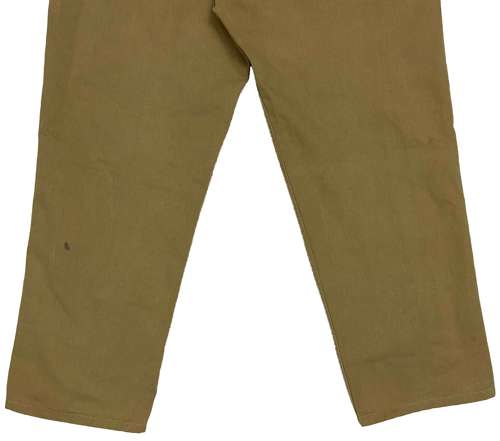 Officially designated 'Trousers, Khaki Drill Airman (1937 Pattern)', these trousers saw issue with the RAF throughout the Second World War. The distinctive high rise back and single pleated first field dressing pocket which is positioned on the right buttock are the two key details which denote these as the RAF pattern.

The cut is typical of pre-war trousers and mimics that of the wool RAF Ordinary Airman's trousers. Designed to be worn with the four pocket RAF Khaki Drill Ordinary Airman's tunic, the trousers are made from the usual tan coloured cotton drill and feature stamped brass buttons throughout. Straight slash pockets can be found to each hip which is again typical of pre-war military tailoring.

The original label is no longer present but there is a clear outline of where it was originally affixed to the outside of the seat. Inside the waistband the War Department acceptance stamp is still present and is surmounted by the letter 'O' which denotes 1943 as the year of issue.

The trousers are in good condition and appear to be very wearable. There are some signs of wear and use and some minor staining, notably to the left knee. Overall they present well but please bear in mind that these are a vintage pair of pre-worn trousers which may have small issues commensurate with age. 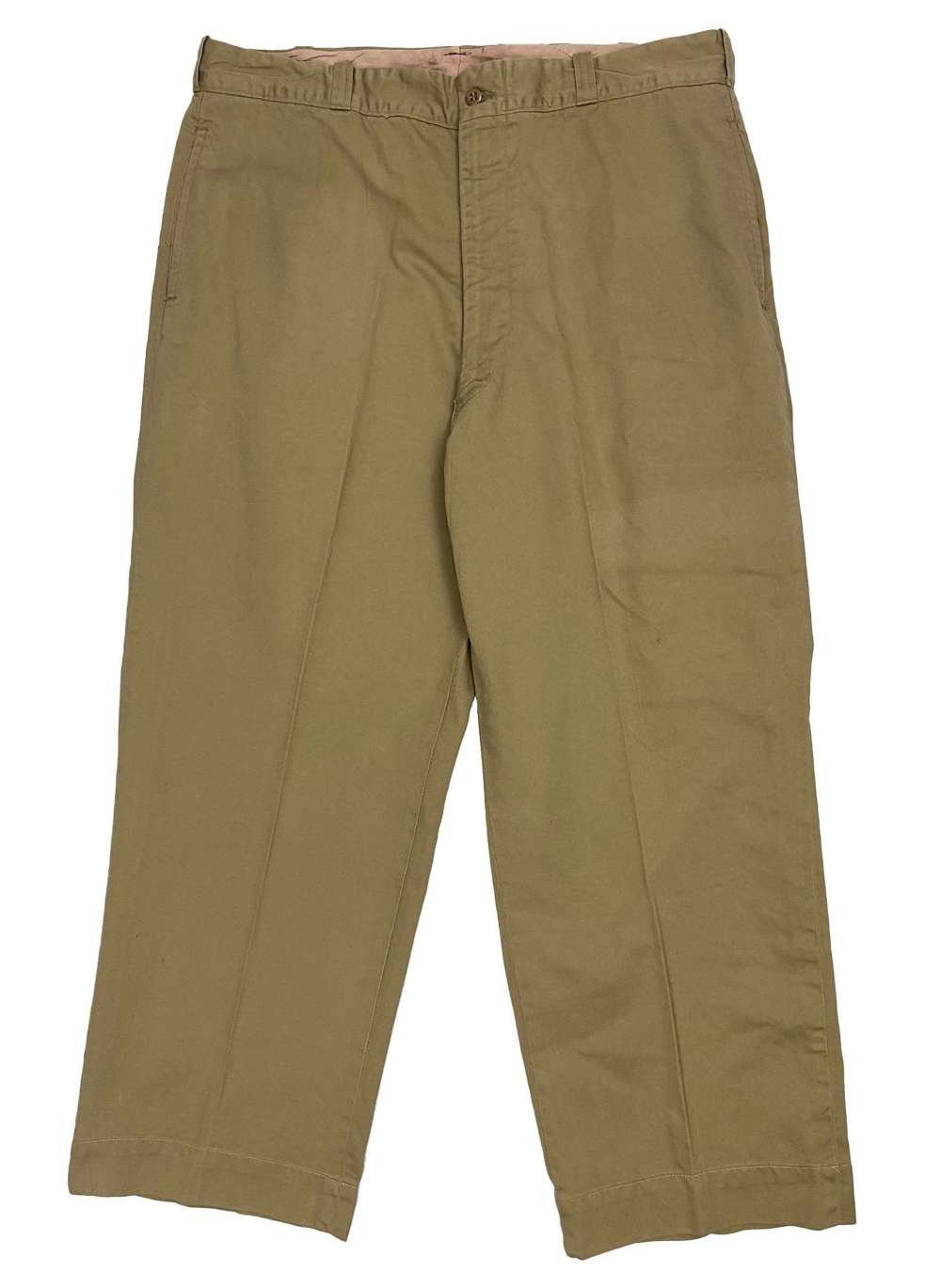 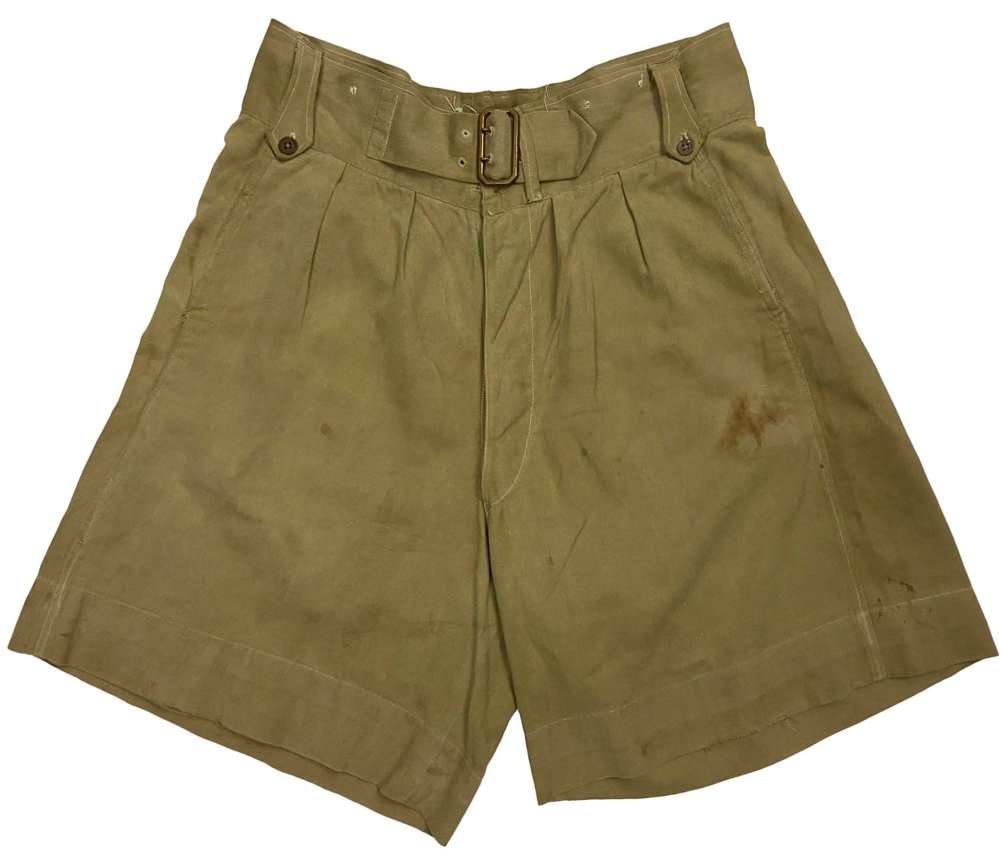 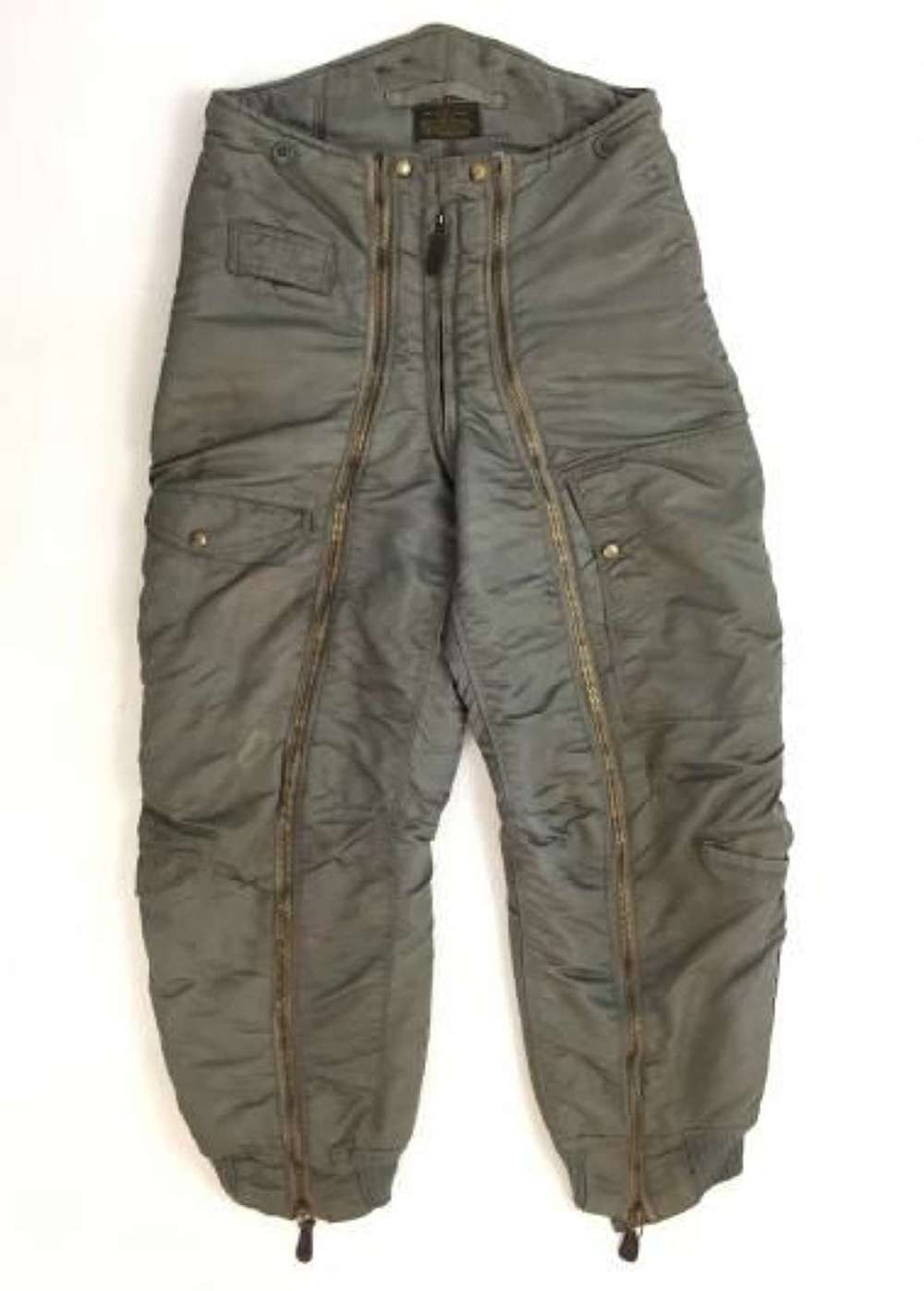