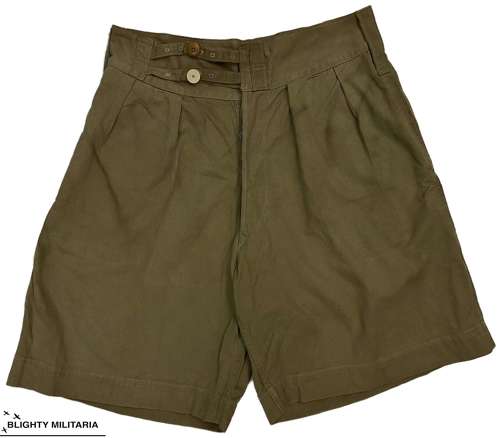 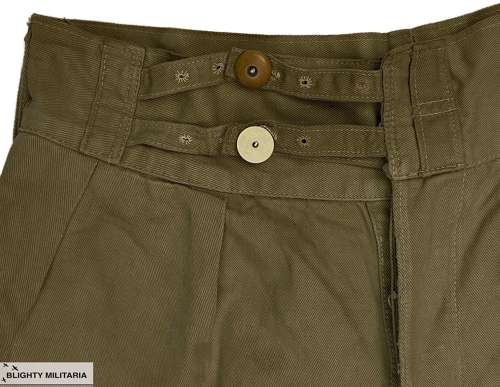 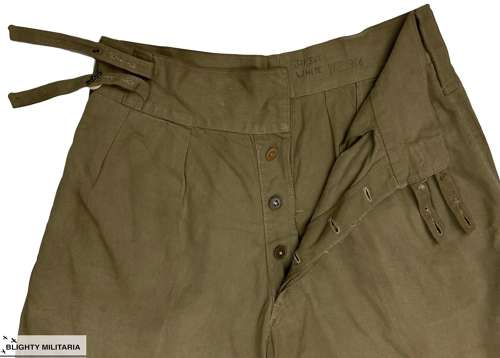 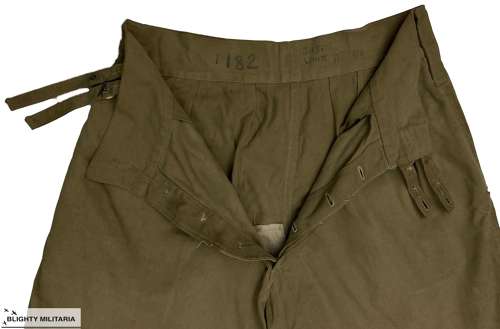 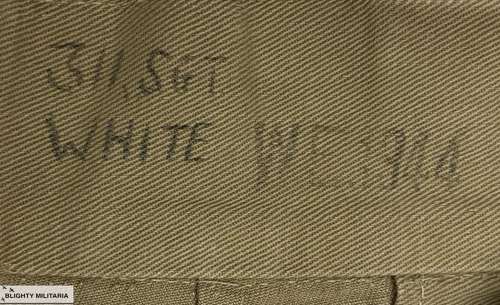 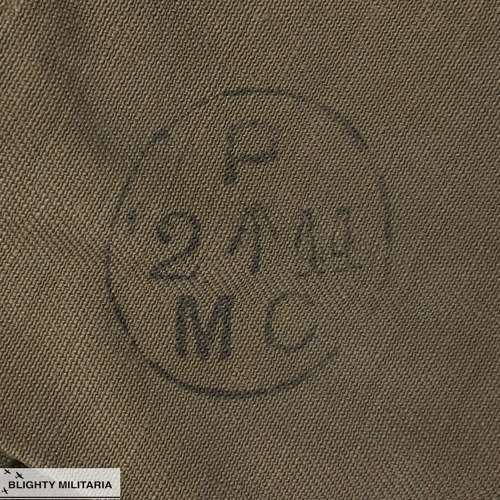 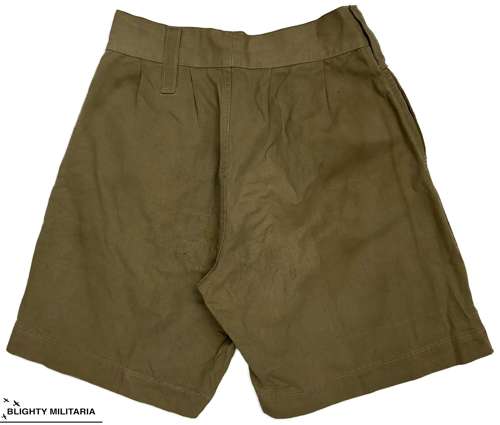 A good original pair of Indian made Khaki Drill Shorts clearly dated 1944 and in good condition.

This particular pair of shorts are typical of wartime Indian made shorts featuring the double pleated front and rear which is a hallmark of this pattern. The front of the shorts fastens with two small buttons in place of the usual buckles. This is clearly how the original owner decided to wear them as either he didn't like the buckles or he lost them. The shorts would have originally had a first field dressing pocket to the rear, but this has been removed by the original owner. The fly fastens with a variety of buttons, most likely all replacements for the zinc Indian examples which were always prone to falling off!

Inside the shorts the round date stamp can be found to the rear of one of the pocket bags and the 1944 year can be seen clearly along with 2 which denotes February as the month of manufacture. The original owner has also marked his name in ink which reads '311 Sgt White' next to which is another 1944 date.

The shorts are in good condition for their age and display well. They show signs of wear and age but look to still be wearable. Please study the pictures and bear in mind that these are a pair of pre-worn vintage shorts which are over 75 years old.

All in all a very nice pair of wartime shorts with a good clear date and in nice condition. Ideal for the collector and re-enactor alike!