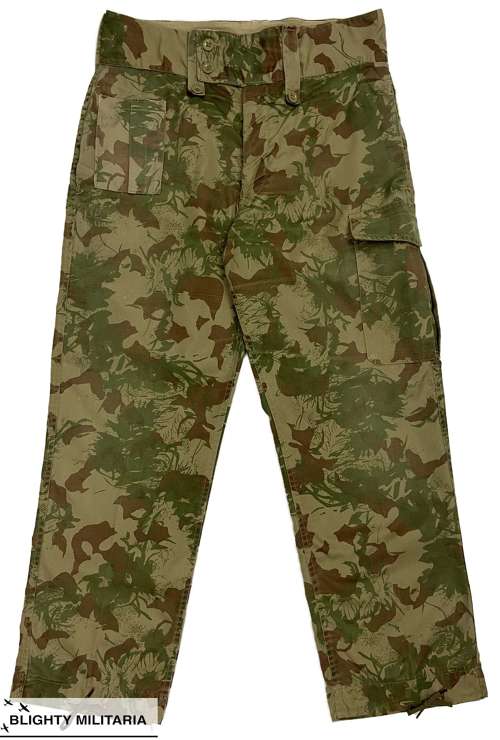 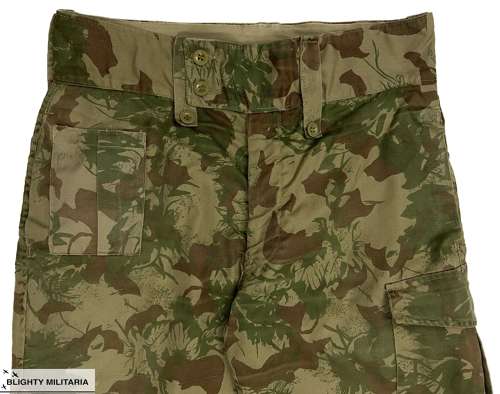 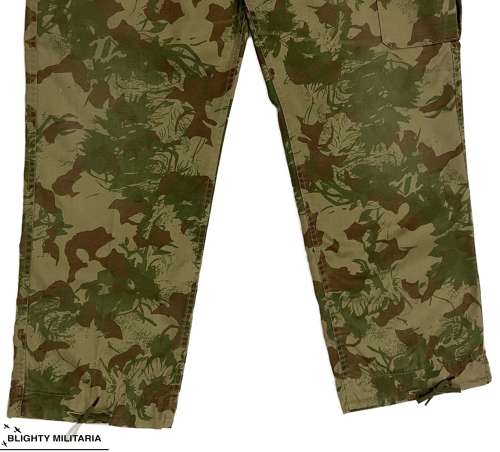 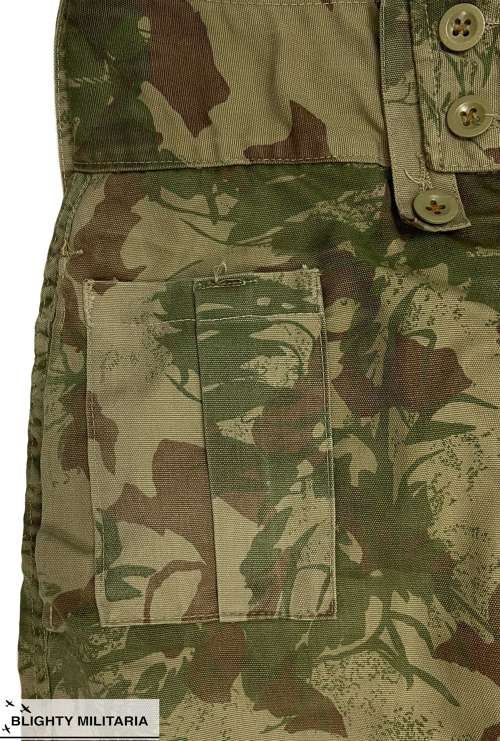 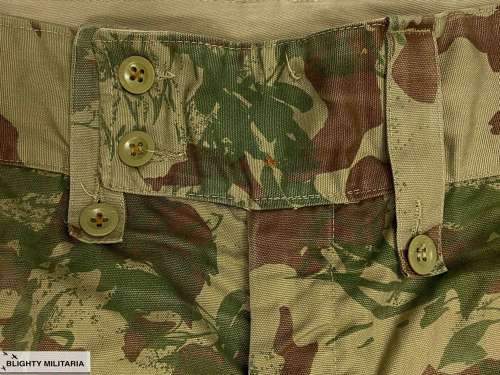 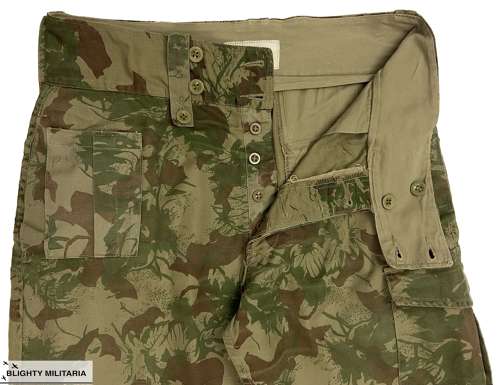 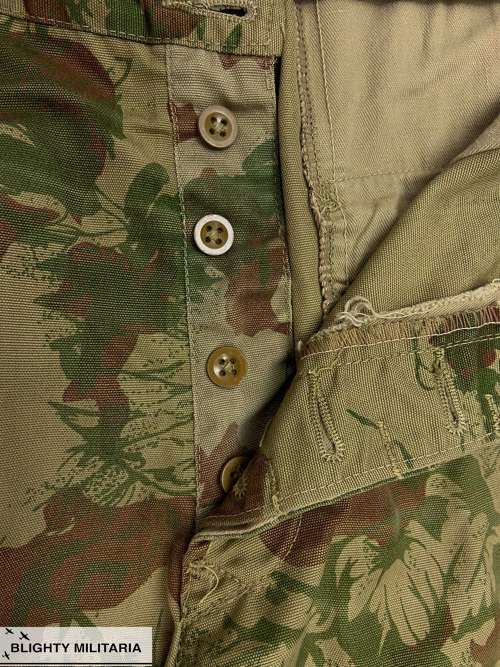 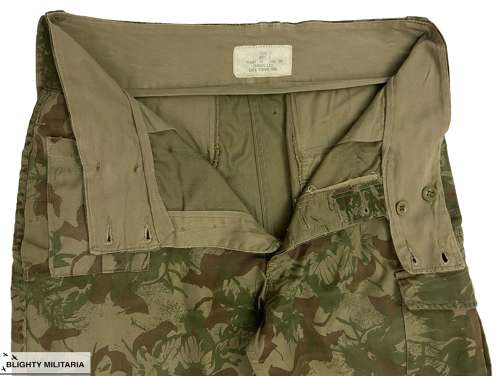 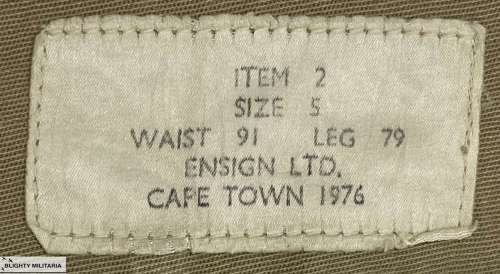 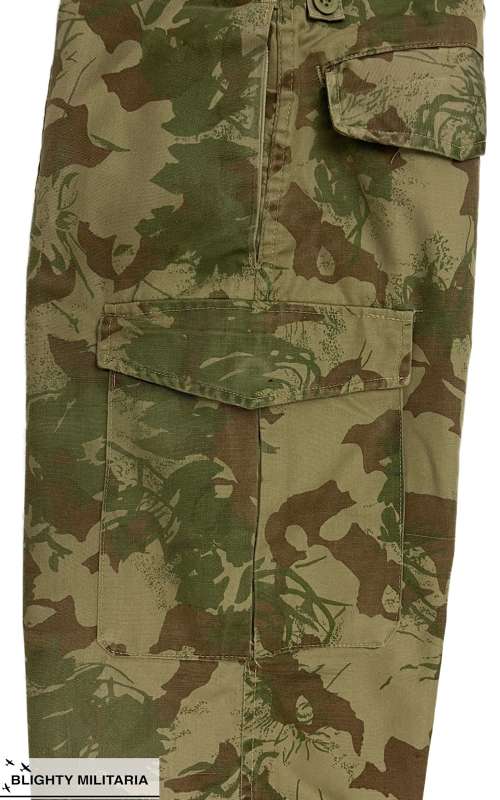 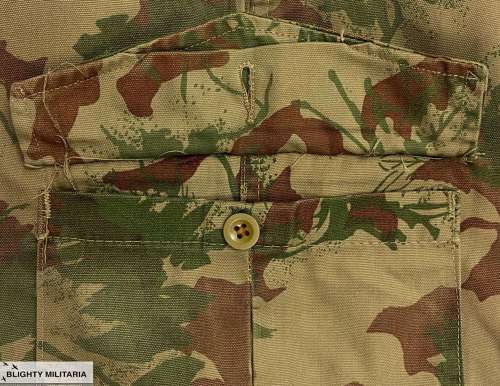 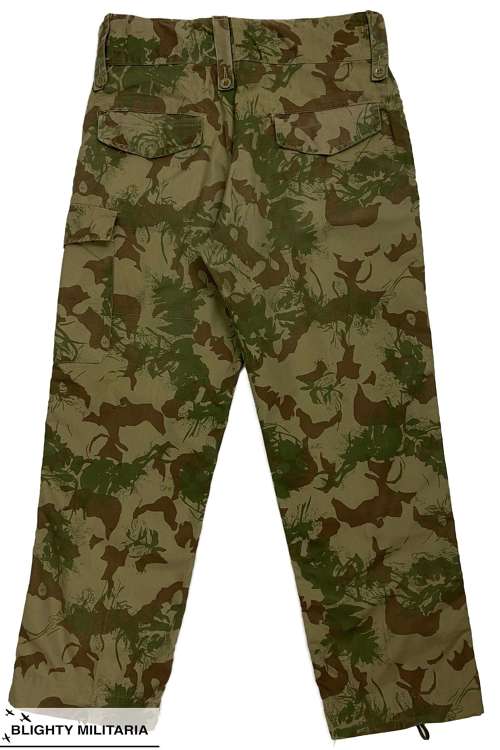 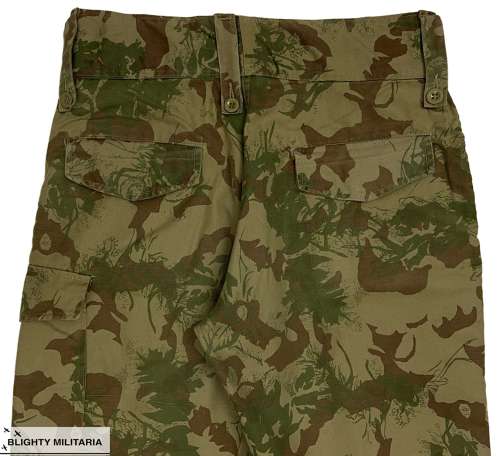 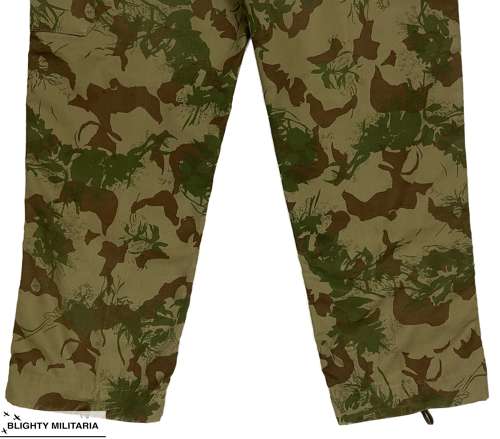 This is the 'second pattern' SAP camouflage which was introduced in 1973 which also saw use with SADF Reconnaissance Commandos and the Recce Wings of 32nd and 31st Battalions beginning around 1976. It features a khaki background with a russet and green foliage shape pattern which is screen printed. The trousers feature a button fly and waist belt loops are positioned around the waist - all of which fasten with butterscotch coloured plastic buttons. A single pleated dressing pocket is located to the front and appears to be a copy of that used on the early Second World War British 'Battledress, Serge'. A cargo pocket is fitted to the left leg and features an inverted box pleat which allows it to expand. Slash pockets are located to the hips and two rear pockets with flaps are present. Drawstrings are fitted to the cuffs which allow them to be tightened with ease.

Inside the trousers the original label is still present. It bears the size of 5 and the manufacturer's name of 'Ensign Ltd Cape Town', along with the 1976 date. The trousers will suit a 34" waist and when laid flat they measure -

The trousers are in very good condition as can be seen in the pictures. There are no real signs of previous wear or use and overall they display very well and are totally wearable.

A nice original pair of trousers with a fantastic camouflage pattern which is very different to many of the more commonly encountered types!