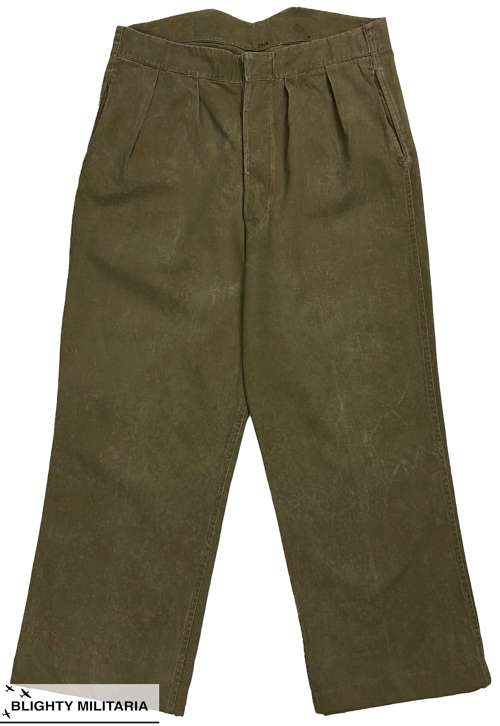 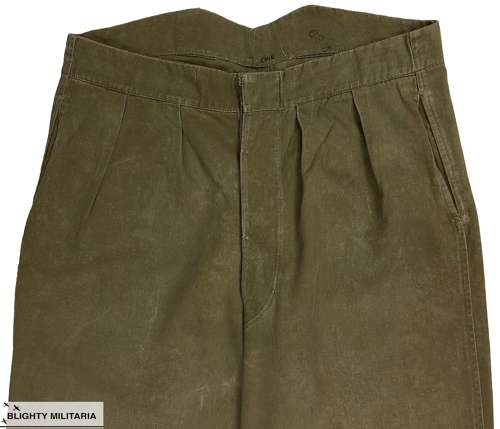 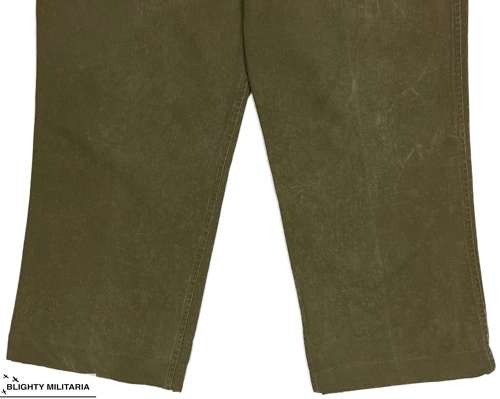 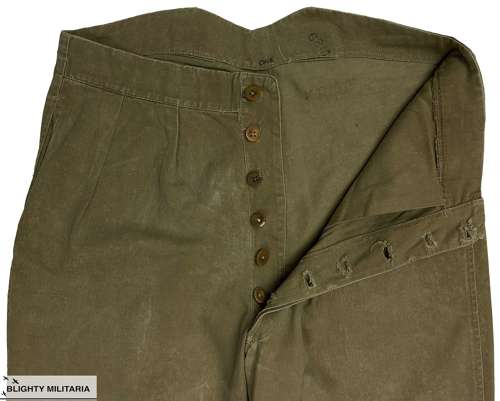 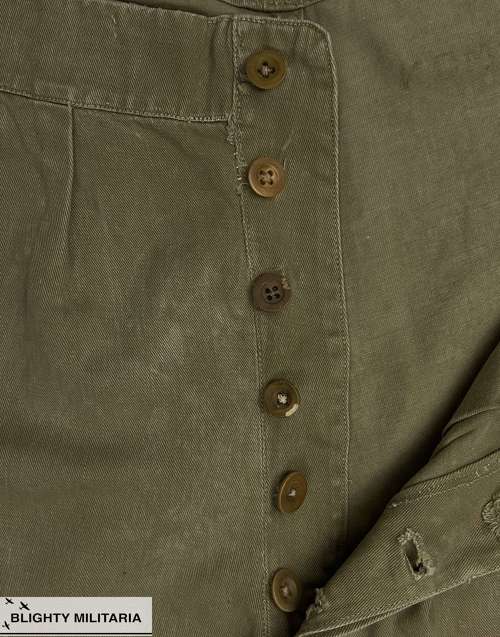 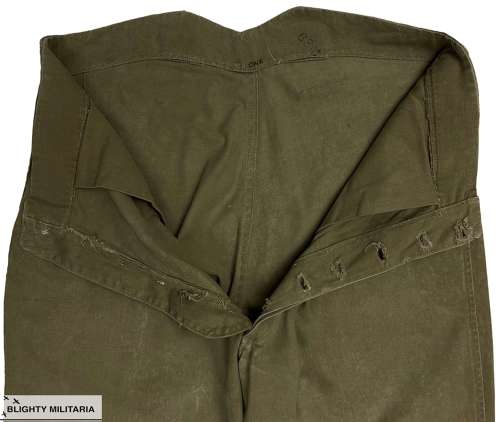 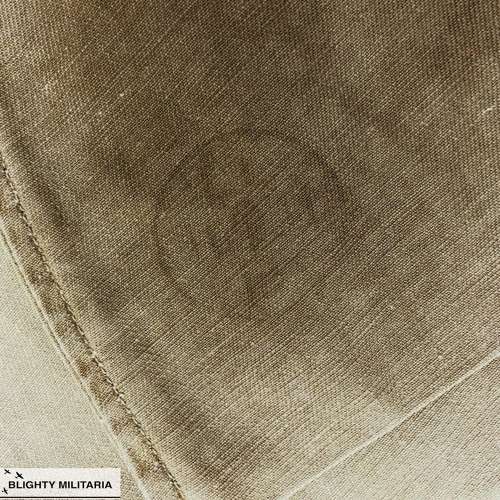 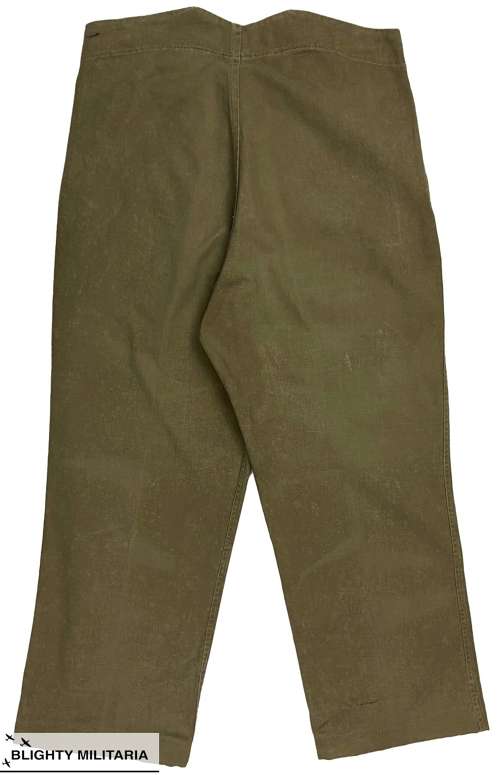 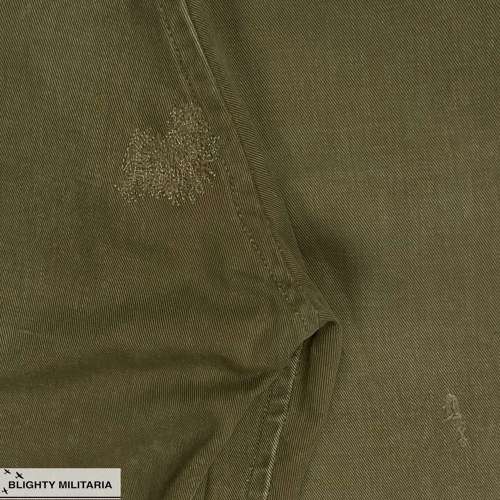 An Original pair of Indian Made British Khaki Drill Trousers dating from the Second World War and in good used condition.

These trousers are typical of those issued to men serving in the British Army, Royal Air Force, Royal Navy and other units during the Second World War. Indian made clothing such as this saw widespread issue in both the Middle East and Far East as the supply lines were shorter than shipping from other parts of the world.

The trousers are made from the standard khaki drill cloth used for trousers and shorts during this period and feature slash pockets to each hip. The trousers follow the pre-war service dress pattern and don't feature any rear pockets and have a fishtail back. The fly is a button type which features butterscotch coloured horn buttons. There is the standard circular stamp found in all Indian made British military clothing to the inside pocket. It is faded but looks to read 10 44 which denotes October 1944 as the date of manufacture.

The general condition of the trousers is good and the display well. Overall they are pretty clean but there are various signs of use including a repair to the seat along with a small hole as illustrated in picture 9. Please study the pictures before purchasing and bear in mind that these are a pair of vintage, pre-owned trousers which have some small flaws commensurate with age.

Altogether these are a nice pair of wartime trousers which display well and are a good wearable size.