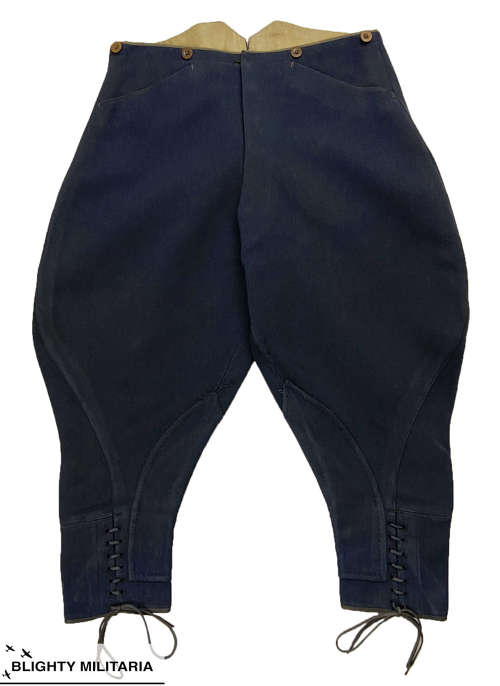 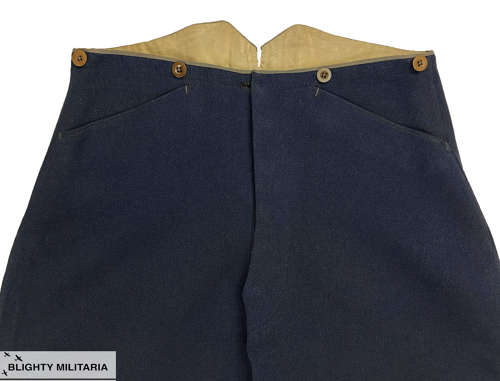 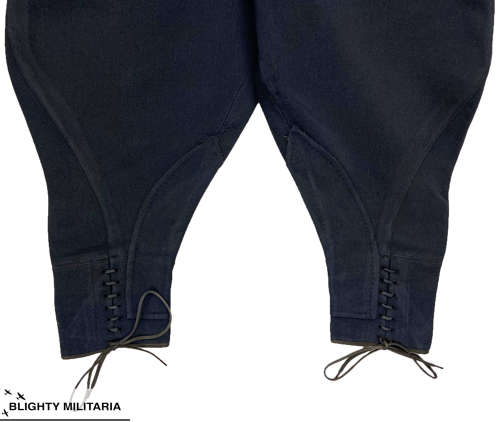 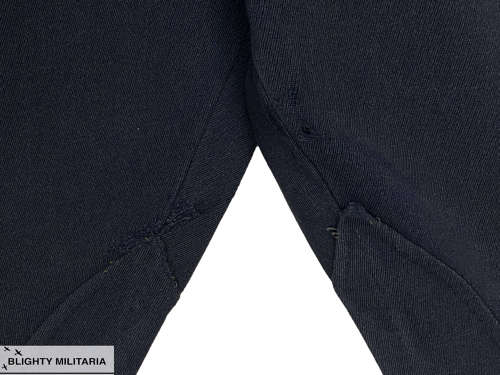 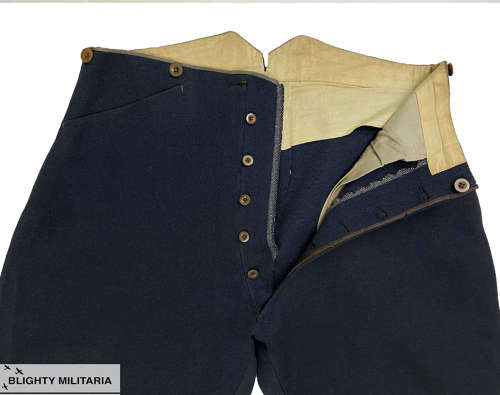 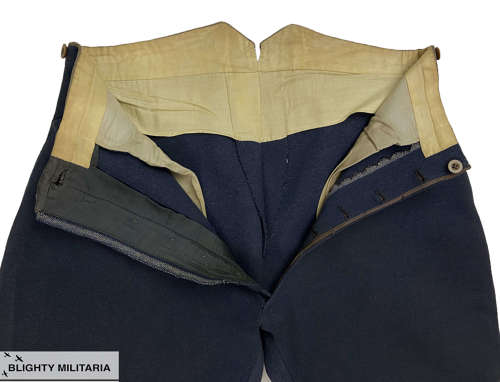 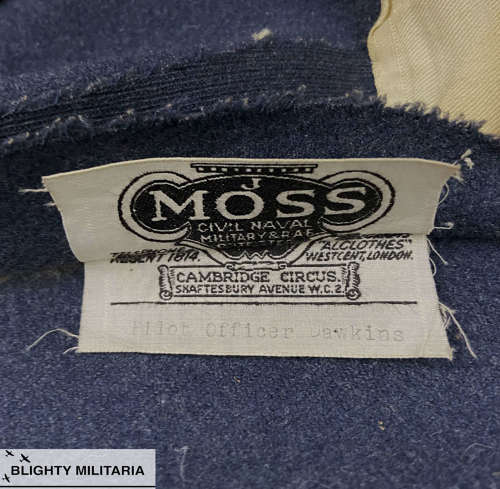 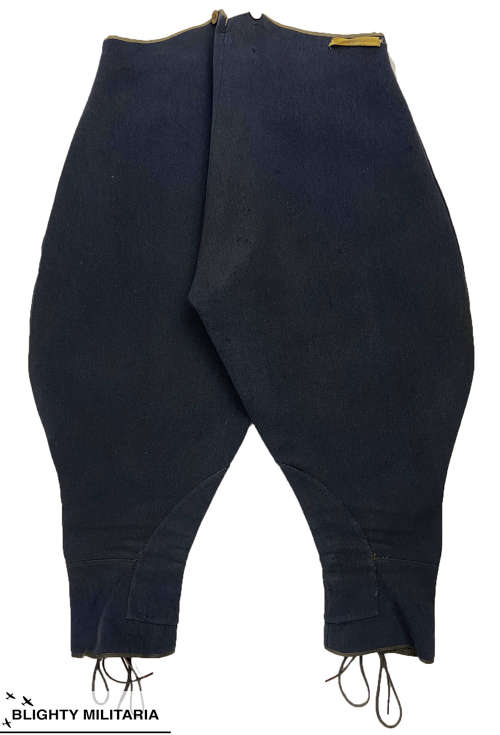 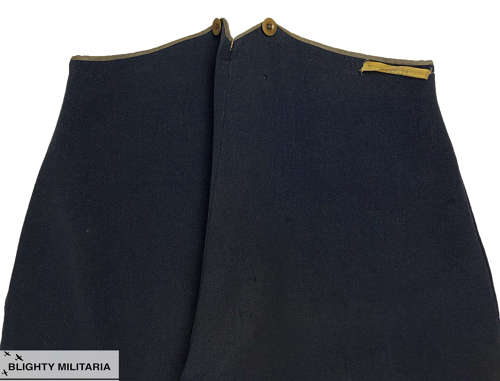 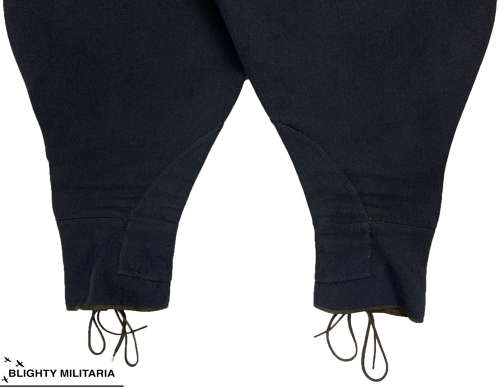 A scarce pair of original RAF officer's breeches dating from the inter-war period and in good condition.

The RAF was formed in April 1918 and the new blue-grey coloured uniform was introduced in the September of the following year as was detailed in Air Ministry Order 1049. They were worn by officers throughout the inter-war period with either puttees or riding boots. By the time of the Second World War they had more-or-less been phased out and the silhouette of an RAF officer in breeches is undoubtedly typical of the 1920s and early 1930s and not later.

The breeches are made from an RAF blue-grey coloured whipcord material as was popular during this period. They are cut in a typical manner for the era with a high rise waist and large 'elephant ear' shaped legs. Frog mouth pockets are located to the front and the fly fastens with contrasting butterscotch coloured buttons, as are often found on RAF uniform. More buttons are positioned around the waist to which braces can be attached. The legs fasten with laces which appear to be original to the garment.

Inside the breeches the original label is still present and bears the manufacturer's name of 'J. Moss' against typical 1920s graphics. The original owner's name has been marked as 'Pilot Officer Dawkins'.

The breeches are in good condition for their age with some signs of wear and use. There is some wear and damage to the inside legs as illustrated in 4 but on the whole they display well and are still wearable. Please take time to study the pictures and bear in mind that they are a vintage- pre-owned item which may have small flaws commensurate with age.