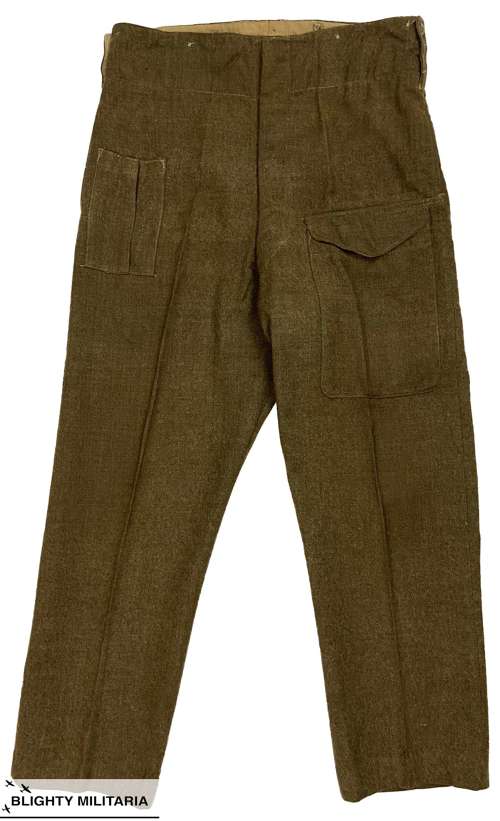 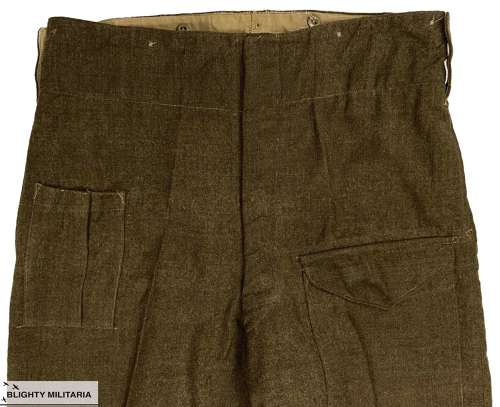 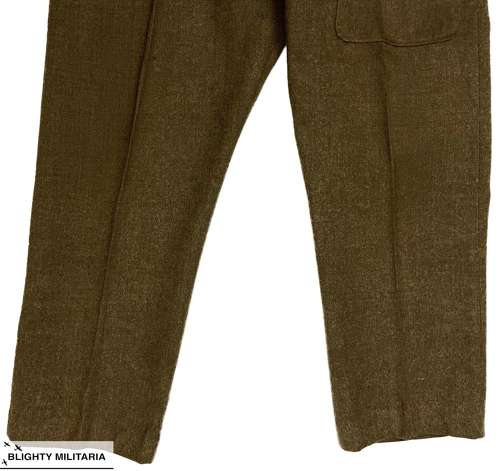 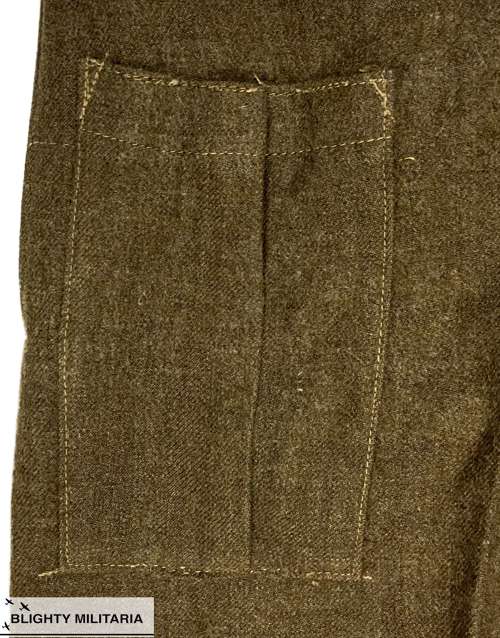 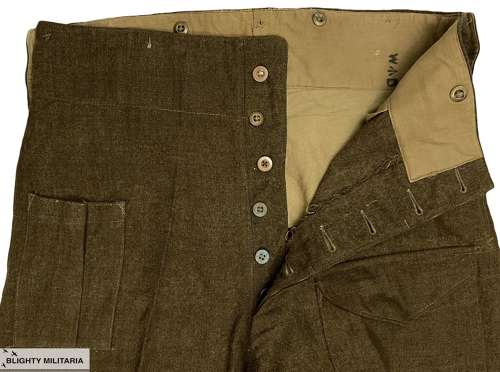 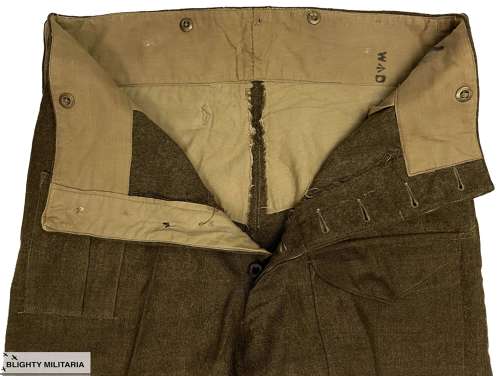 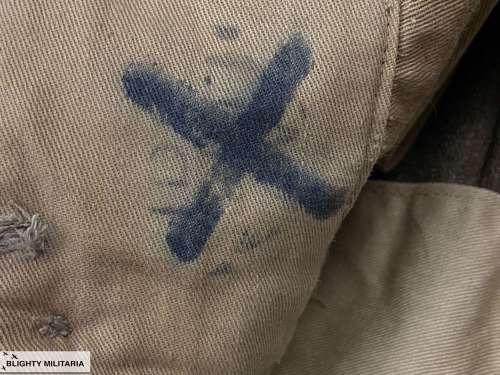 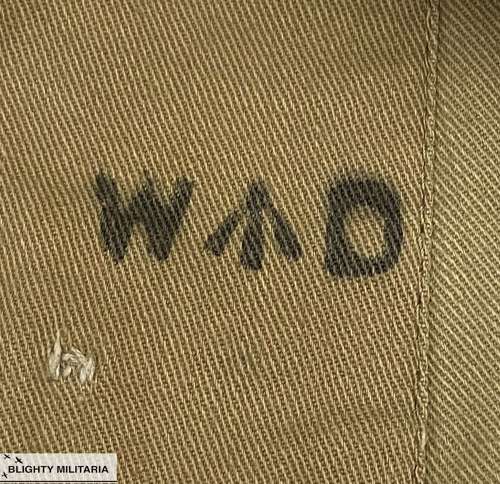 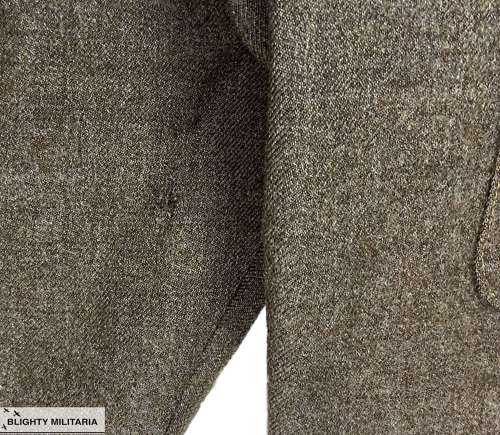 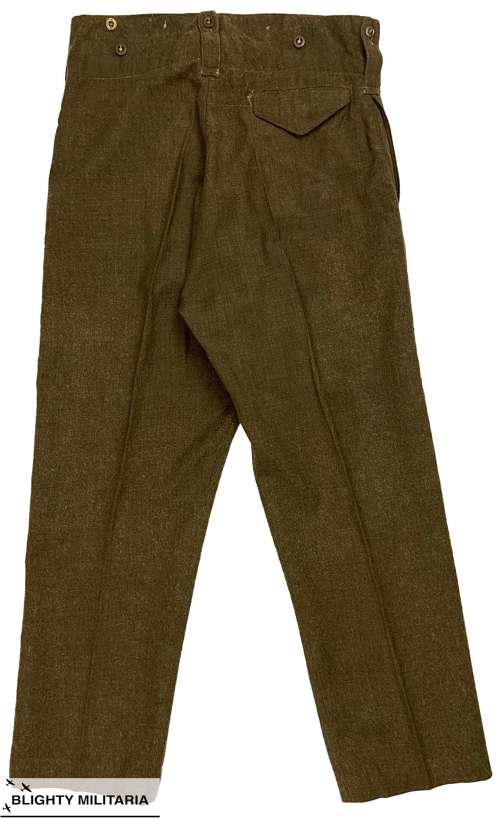 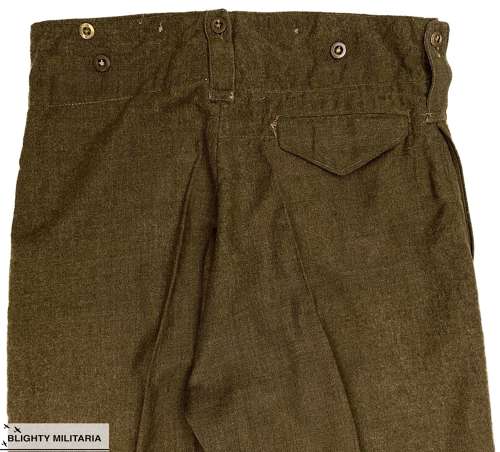 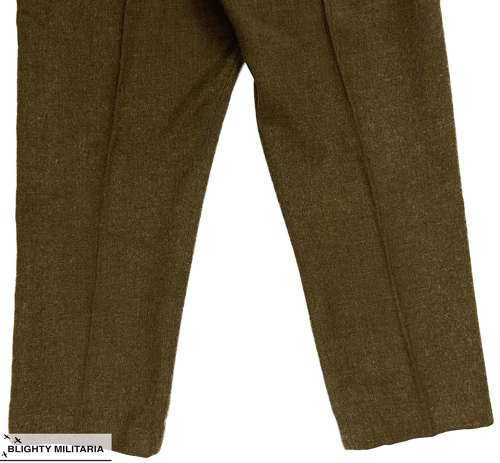 A scarce original pair of Battledress Serge trousers dating from the beginning of the Second World War.

These trousers are the first pattern of battledress trousers which were introduced in 1938. They were produced in 1939 and 1940 until being replaced by the 1940 pattern in the middle of 1940. Due to the limited production time they are now very rare and sought after being the pattern worn by the BEF in France in 1939 and 1940.

The trousers are made from a khaki green coloured serge wool and feature two piece brass buttons aside from a couple of replacements at the fly. Belt loops are fitted around the waist and there is a large map pocket to the front of the left leg. One of the distinguishing features of the first pattern trousers is the single pleated First Field Dressing pocket which is located to the right hip. The rear of the trousers features a single flapped pocket and buttons too which the jacket can be fastened. These are also period replacements which are chocolate brown plastic dating from the mid-war period.

Inside the trousers the original War Department acceptance stamp is still present and does not feature a letter code - a fairly common feature of early war manufactured items. There is another stamp which has been crossed out which was most likely an Anti-Vesicant stamp.

The trousers are a rare large size which will fit a 36" waist well. When laid flat they measure -

The trousers are in good condition for their age with some signs of wear and use etc. There is a small hole on the inside leg as shown in picture 10. This is not overly noticeable and is partly concealed when worn or displayed as it is near the inseam.  Overall the trousers display well and would be wearable but please take time to study the pictures and bear in mind that they are a vintage, pre-worn item.

A rare pair of early WW2 trousers in a hard to find larger size. These are a must have for the serious Dunkirk or BEF collector!