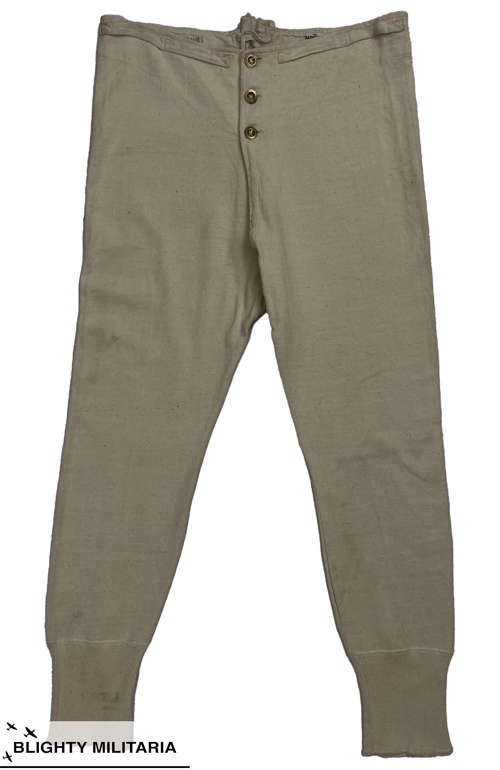 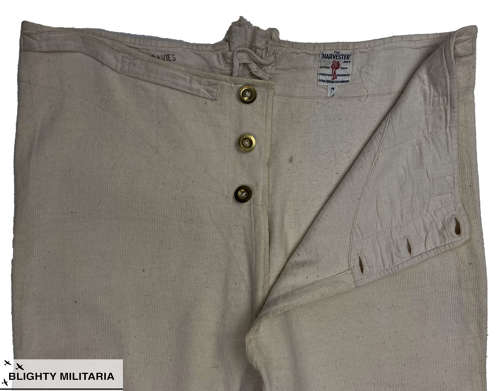 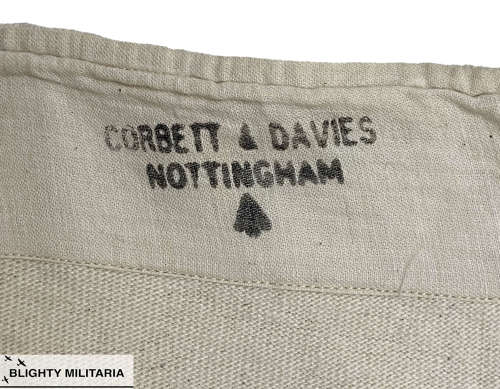 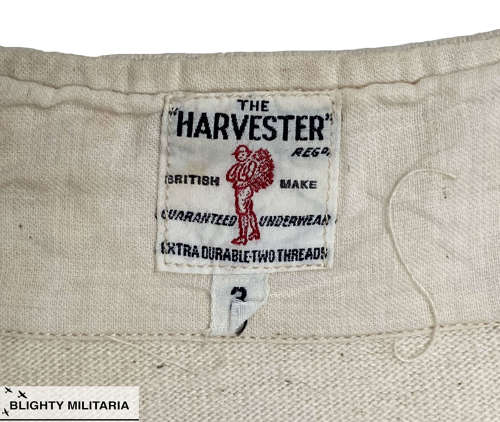 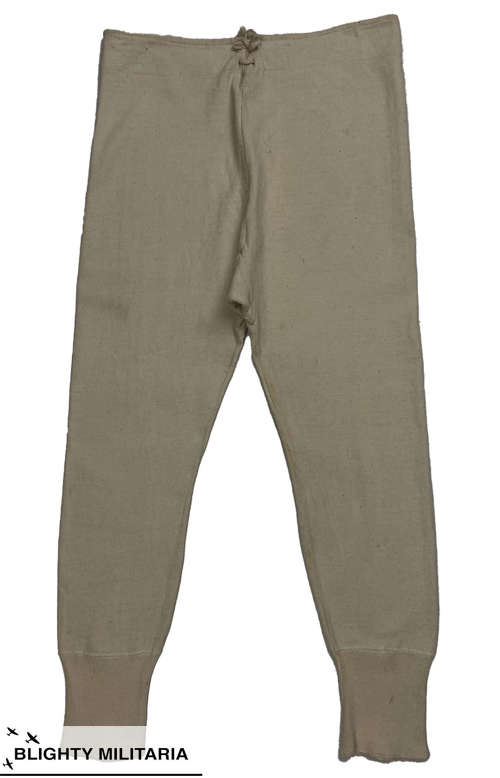 An original pair of British military woollen long johns made by 'Corbett & Davis' in the early part of the Second World War.

This underwear is typical of that issued to British military personnel throughout WW2 and are a genuine issue item as is confirmed by the War Department stamp to the interior. They are made from an oatmeal coloured wool and feature stamped brass buttons which denote them as being of early war manufacture.

The original label is still present to the interior and bears the maker's name of 'The Harvester'. There is a size label below this which bears the number '3'. The maker's name is stamped in ink to the waistband which reads 'Corbett & Davis Nottingham' and includes the War Department broad arrow.

The long johns are in good condition overall with some signs of age etc. Please study the pictures before purchasing.

Other items in Under garments & vests

View all in Under garments & vests