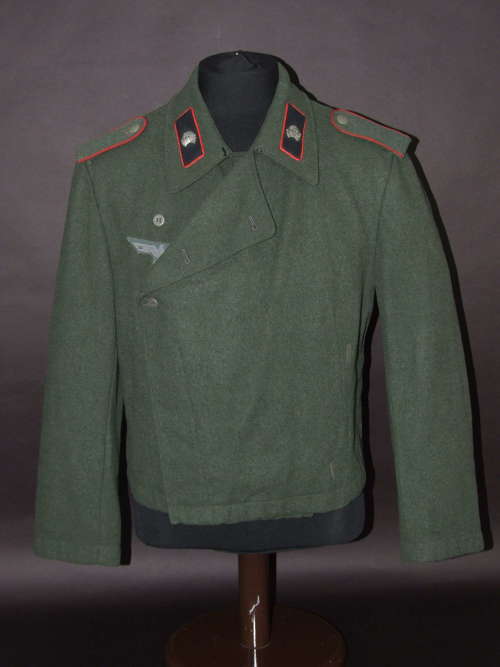 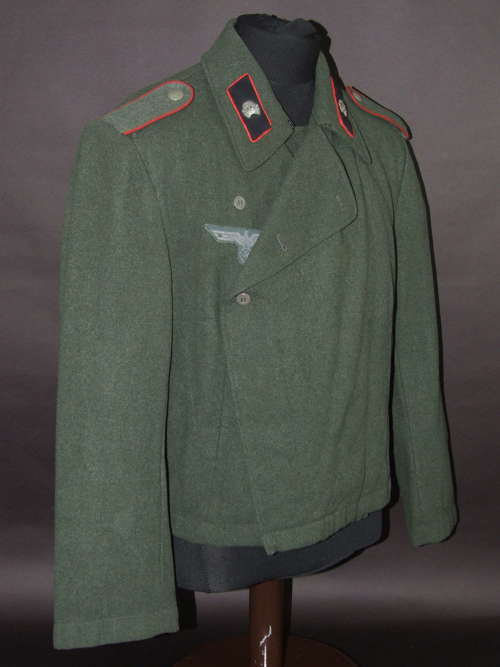 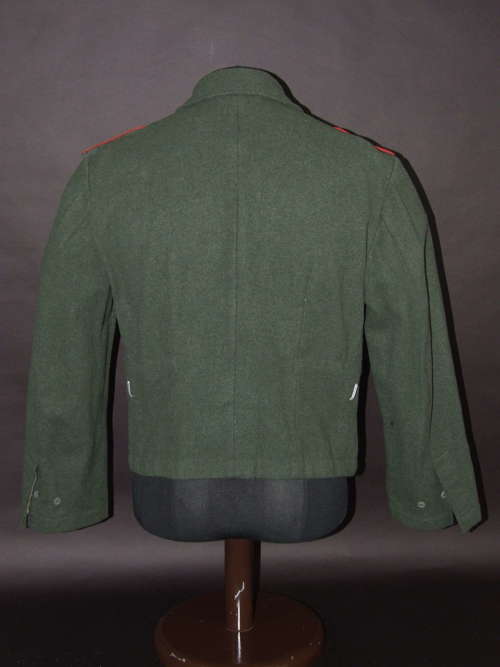 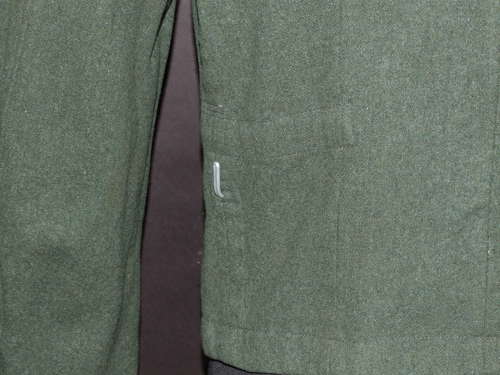 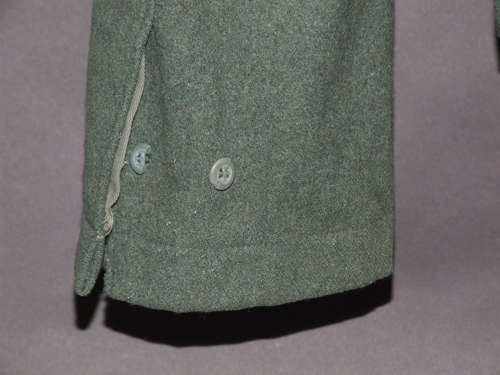 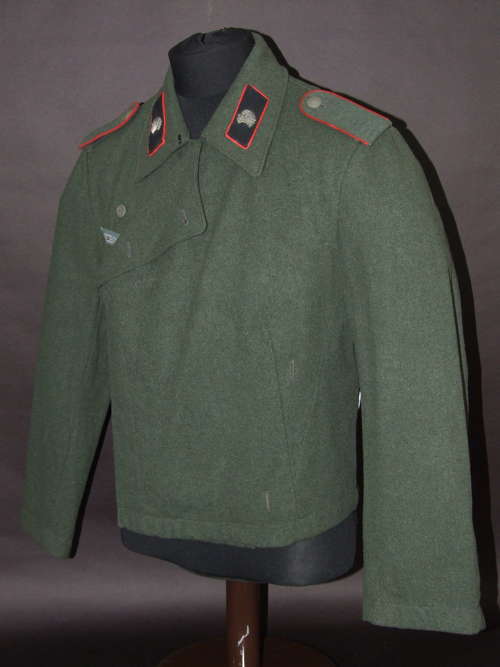 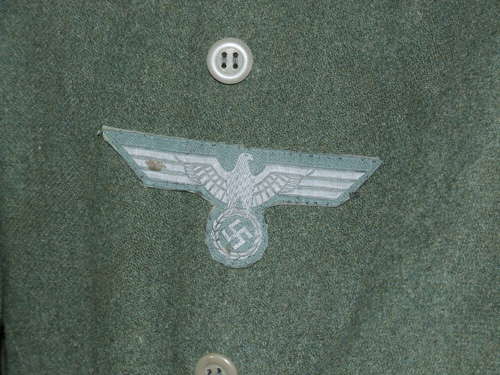 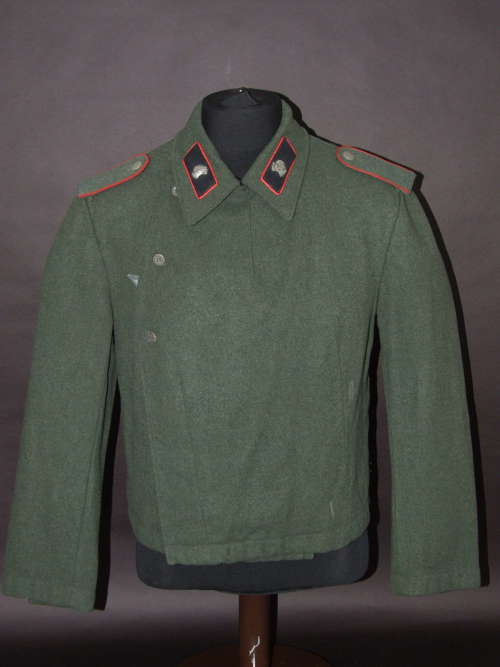 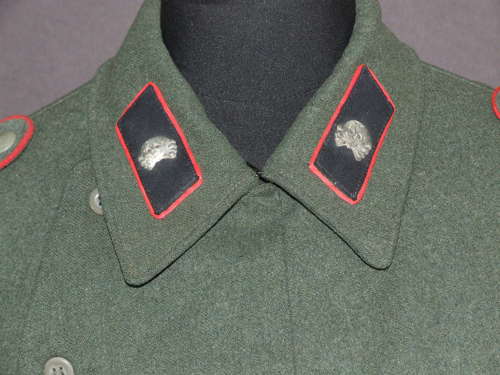 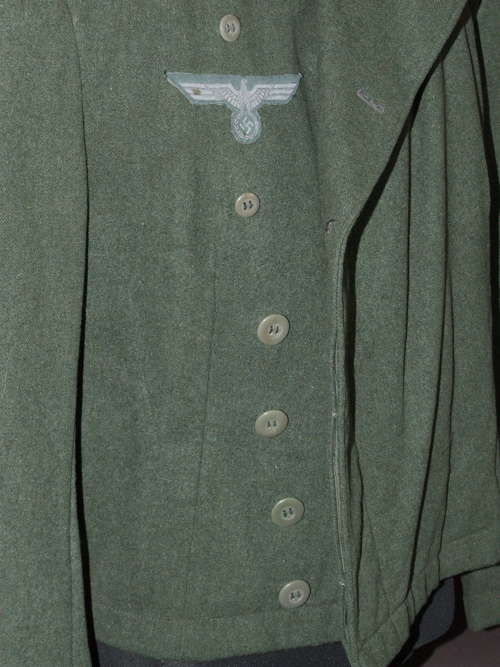 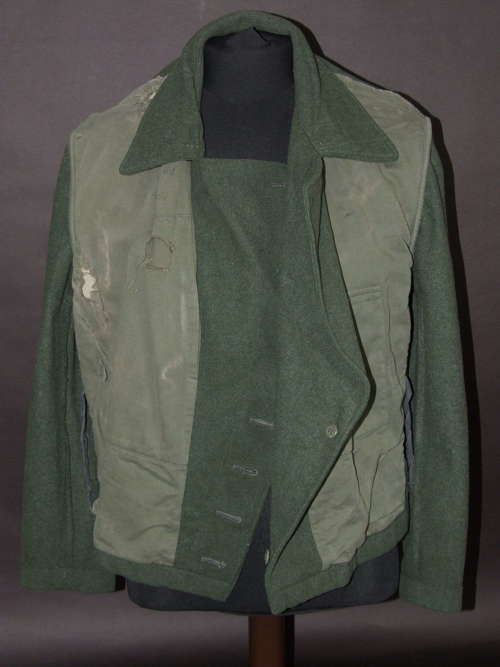 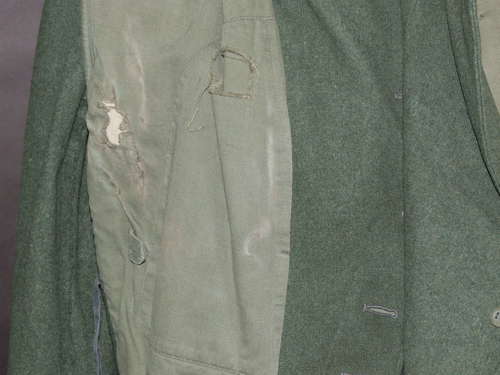 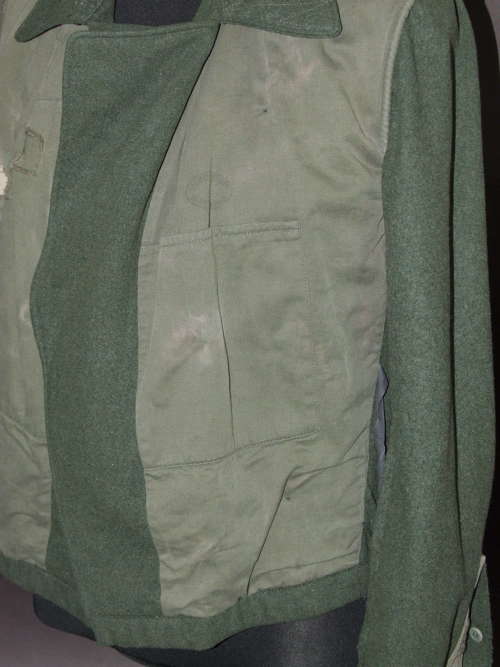 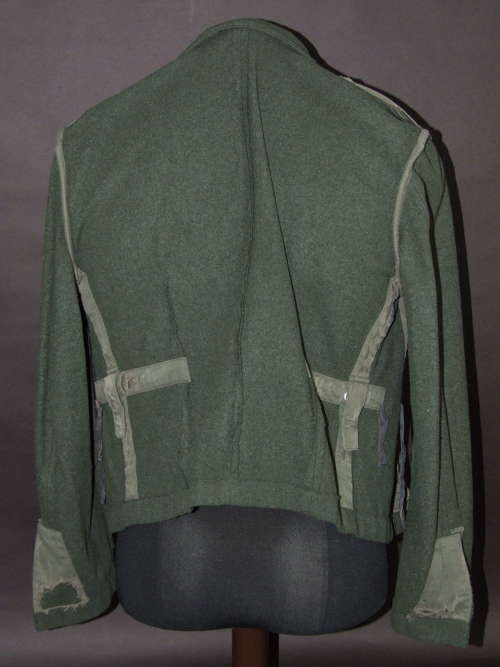 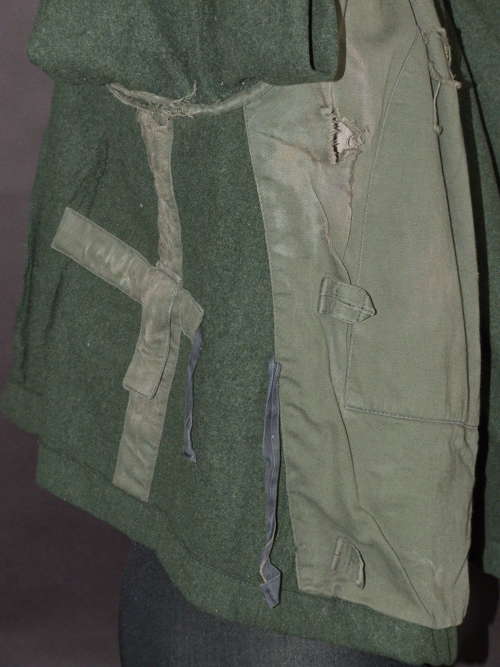 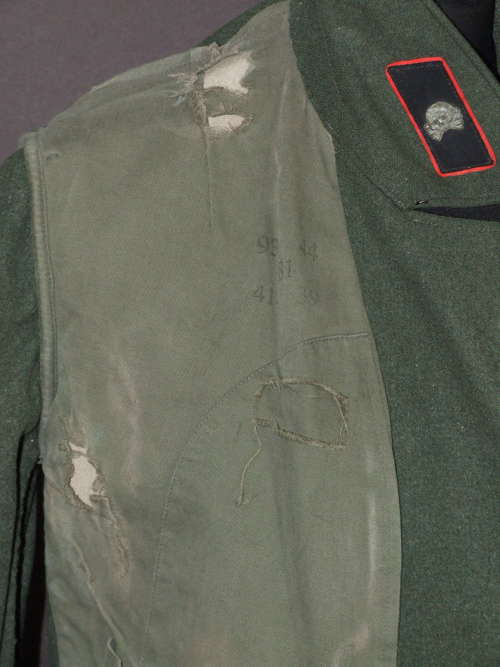 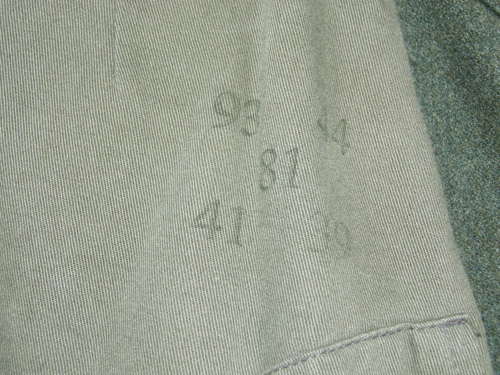 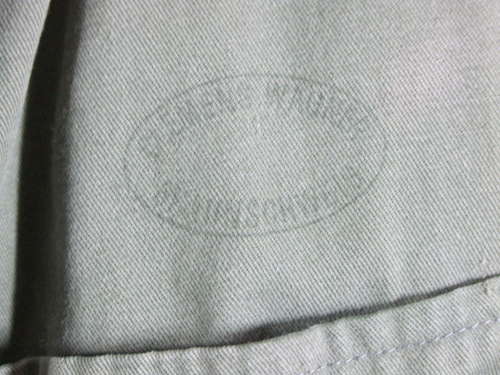 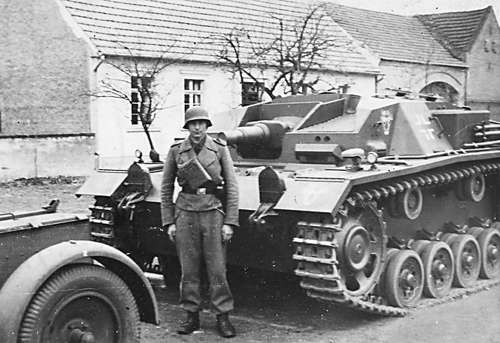 An Artillery Stug crewman’s field jacket (Panzerjacke für Männer der Artillerie/Sturmgeschütze) constructed in a smooth field-grey wool / rayon in generally very good condition with some signs of wear to the internal lining. This original Jacket is I believe being one of those recovered from Russian stores in the 1980’s.

As in the concept of the design a large flap closes from right to left under the main flap, secured by two grey horn buttons against internal loops. The main diagonal flap then closes from left to right above this and secures over five hidden buttons when worn with the collar laid flat. When fully closed a further two button and a hook and eye close the Jacket to the neck.

Each cuff is open and closed with two grey buttons, both of those on the left sleeve being damaged.

On the right breast is an original but re applied machine embroidered eagle and Swastika whilst both collar tabs and shoulder straps are I believe reproductions and entirely consistent with the de-badged Jackets that came out from Russia.

Inside, the Jacket is part lined in a grey cotton drill which carries the various stores stampings and although the chest appears small, the jacket measures about a 40” chest,