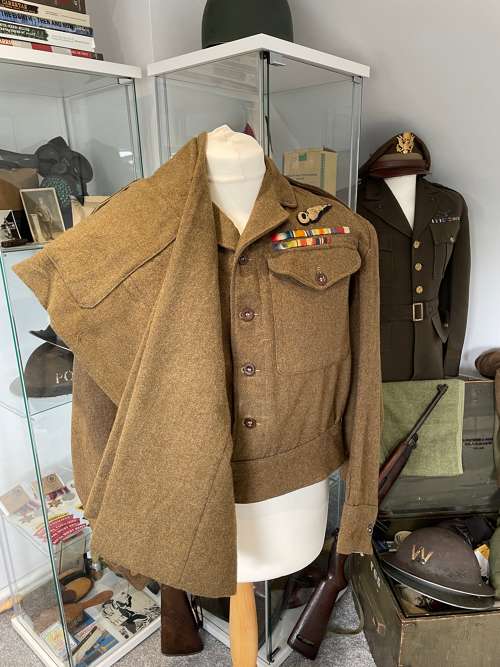 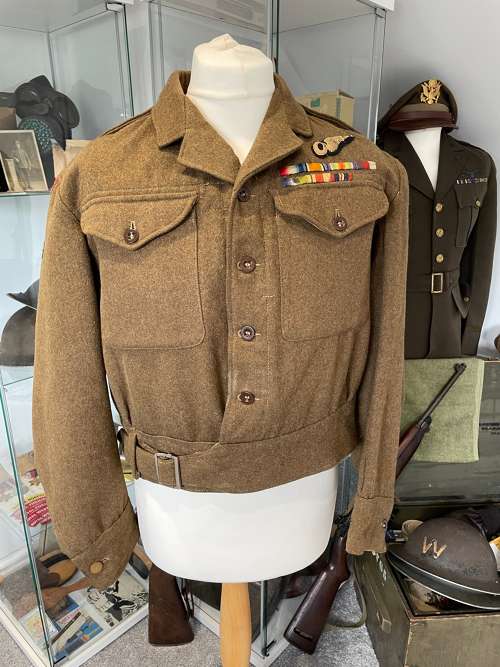 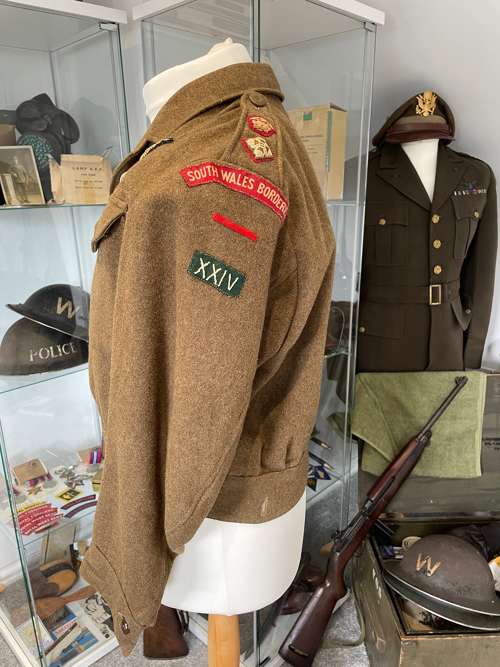 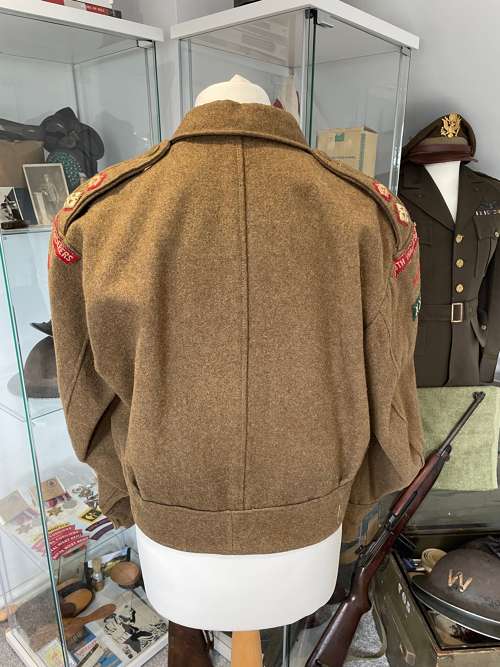 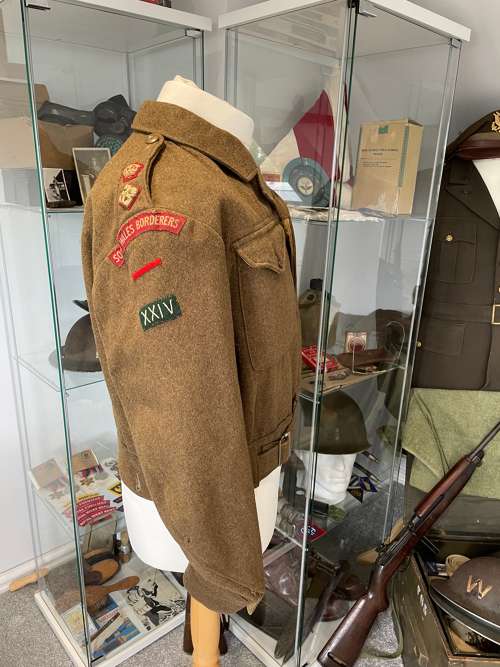 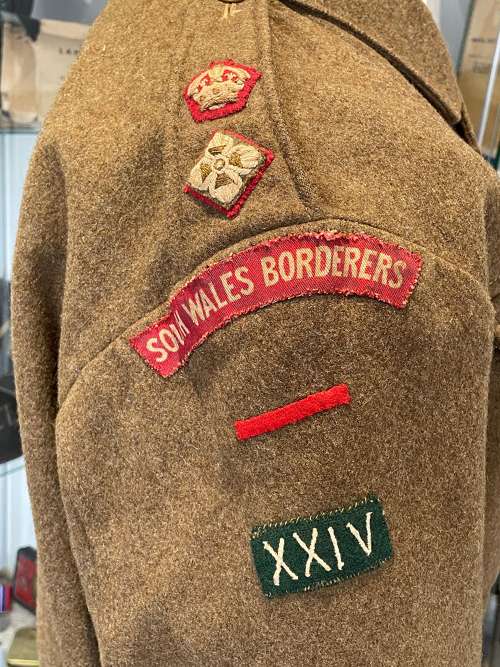 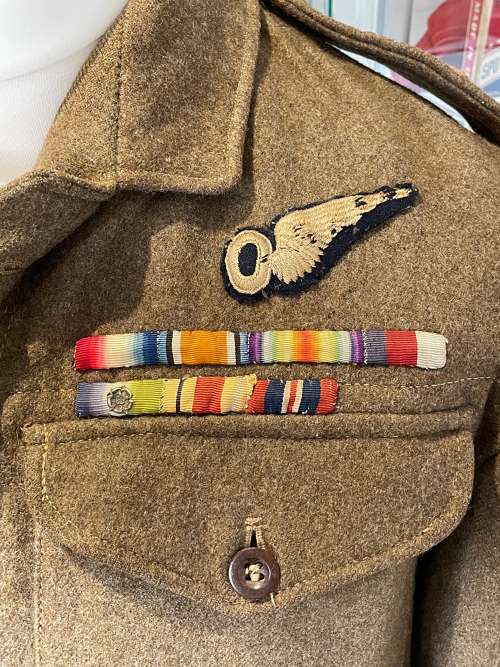 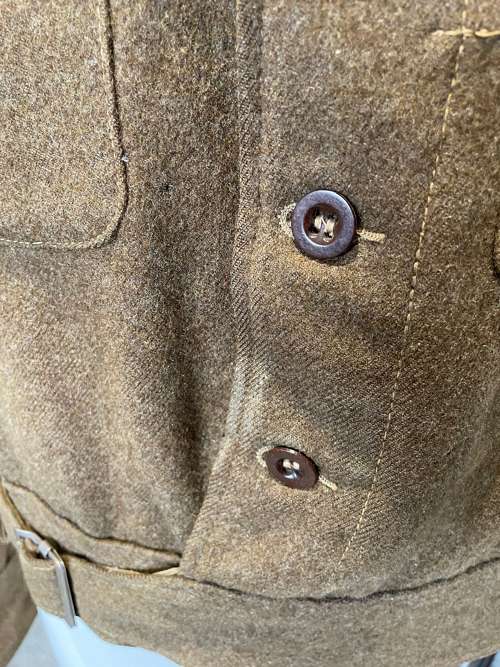 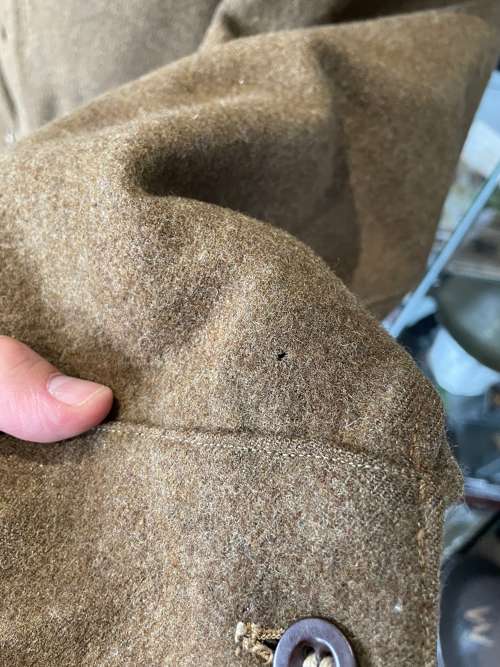 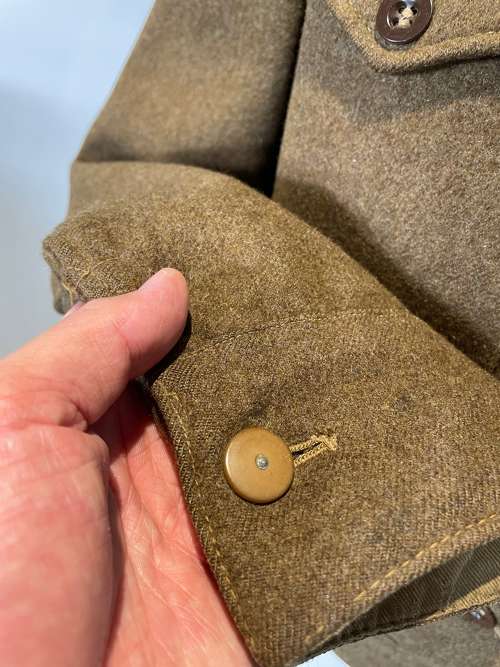 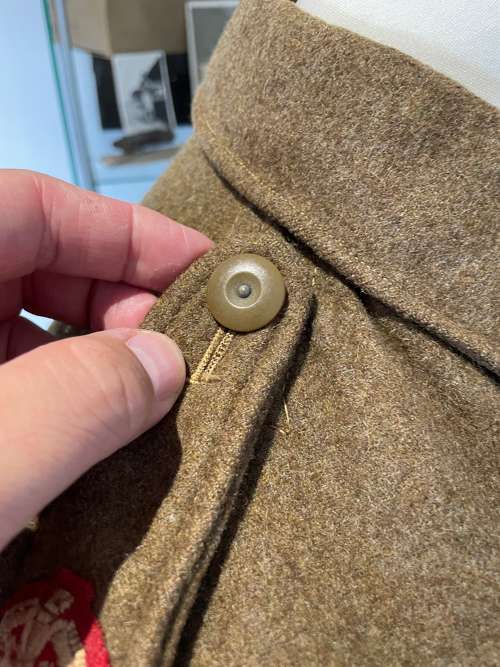 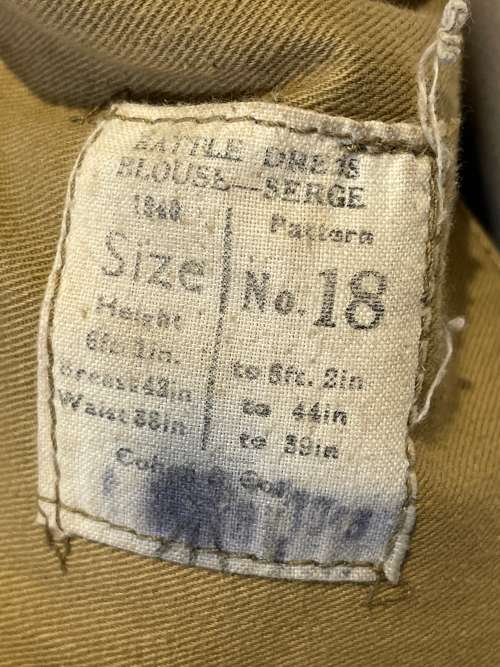 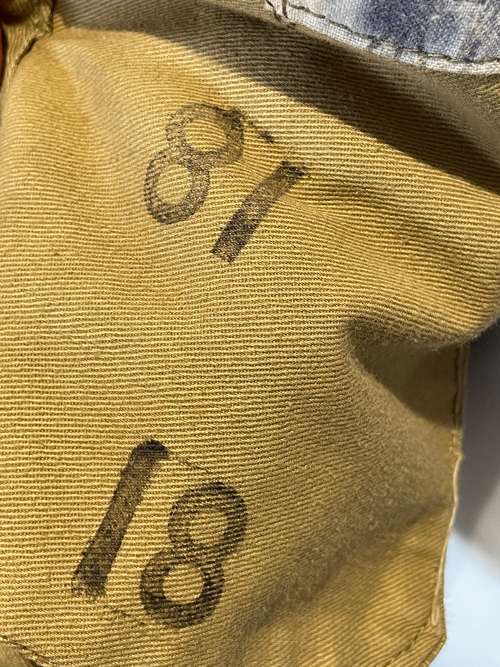 A lovely and rarely seen set of Battledress tunic and trousers, in an enormous size 18.

The tunic is marked size 18 inside the pocket flap, representing a sizing of 6ft 1 height, 43-44" chest and 38-39" waist.  The label clearly confirms this is 1940 Pattern, being dated 1943.  There are signs of period tailors alterations at the collar, which has been resewn to incorporate lapels, as Officer's worn the 40 pattern with the collar open and a shirt and tie beneath.

Light mothing in one spot (pictured).  Three buttons (two on the shoulders and one on the cuff) have been replaced with revolving centre pin buttons, as seen on the denim BDs. Slight wear towards the bottom of the vertical hem, near the bottom but one button (pictured).

The tunic is furnished with;

4. XXIV flashes, these were a post-war Territorial embelishment, being a nod to the units history as the 24th Regiment of Foot.

The combination of medals and Observer brevet is unusual.  Whilst the tunic is not named, the most obvious reason for this combination is that the recipient was an aerial observer attached to an RAF unit.  The Atlantic Star could have been awarded if he had carried out aerial observation during the Battle of the Atlantic.

Measured by hand as follows;

The trousers are also 40 Pattern and are a similarly large size. A panel has been added on the rear to open them up further, but unfortunately this panel appears to have been rather poorly covered over at the top with a piece of denim fabric.  Clearly, there were better ways of doing this and a good tailor will I'm sure be able to remedy this.

There are one or two slight nips to the fabric and one slight L-shaped tear on the rear of one of the legs (approximately 1 inch).  The trousers are measured by hand as follows;

The trousers do need some TLC, but are very rarely seen in this enormous size.