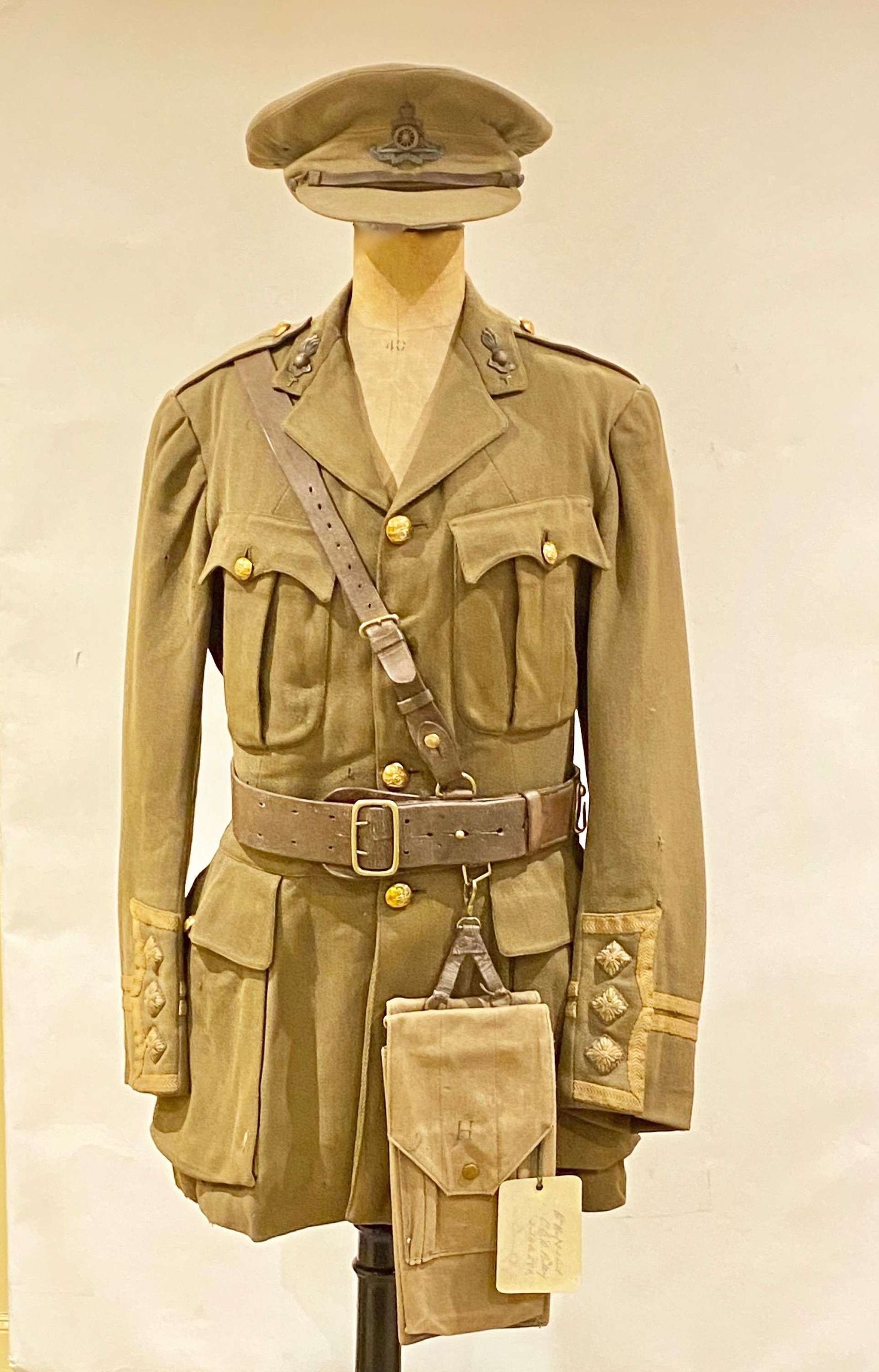 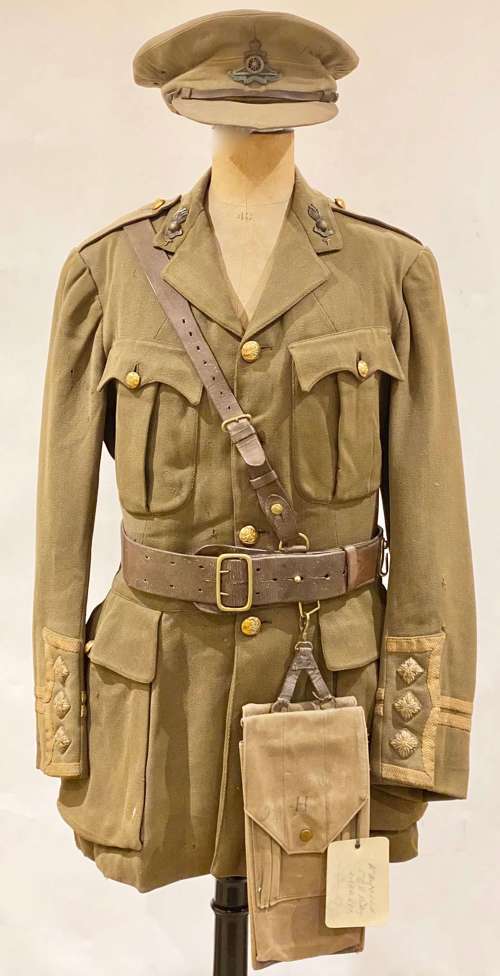 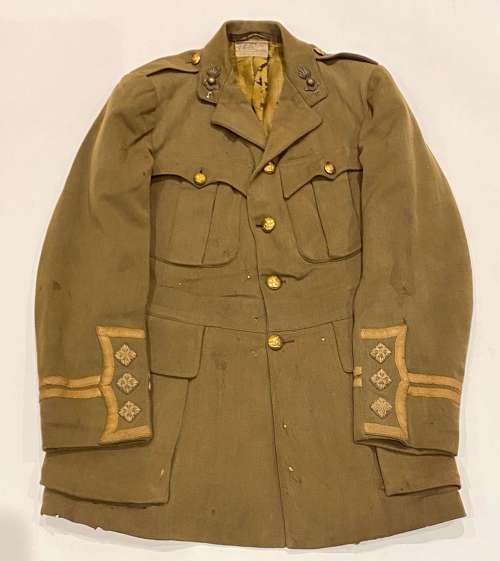 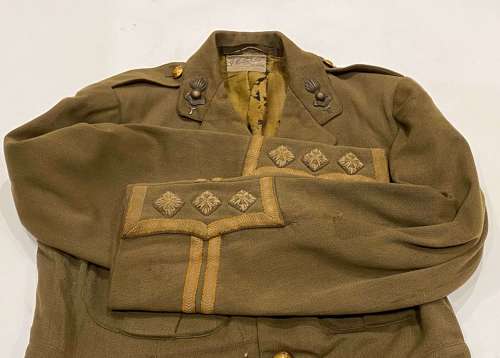 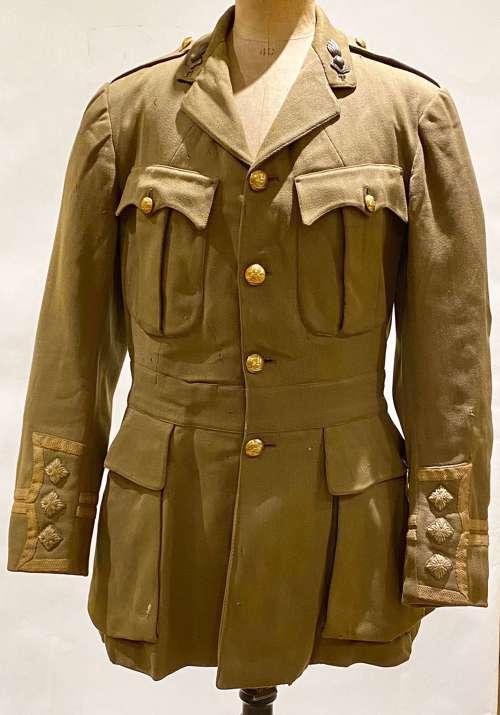 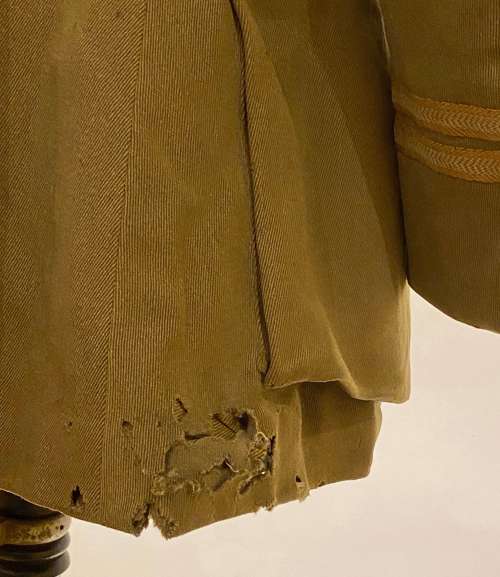 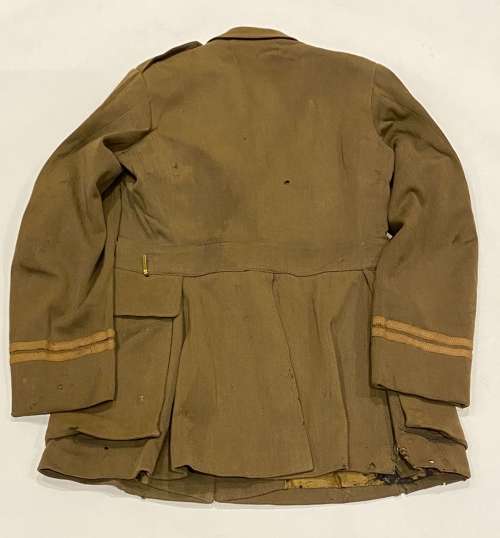 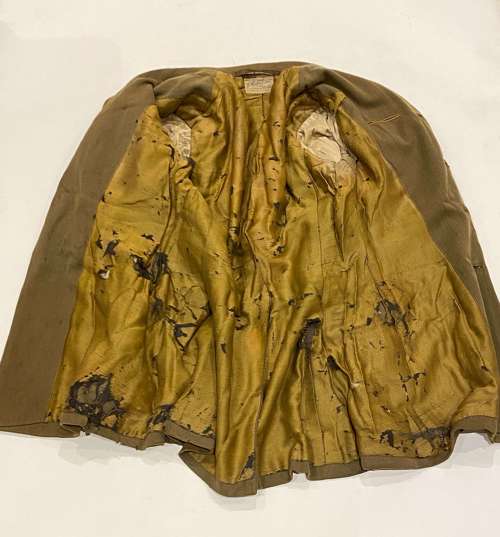 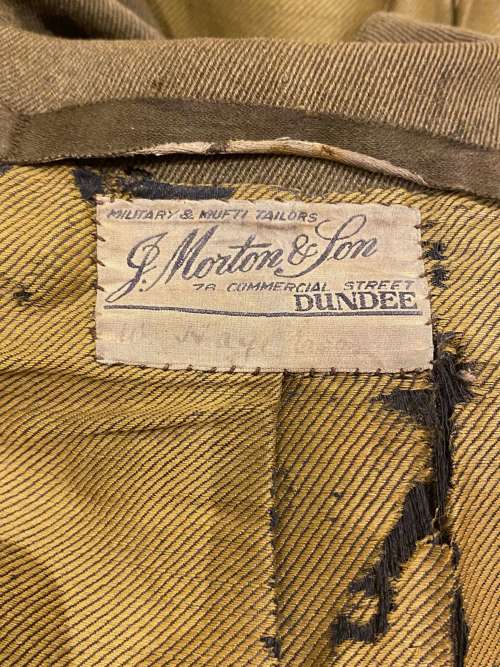 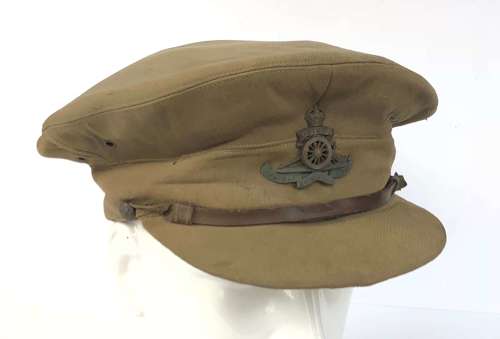 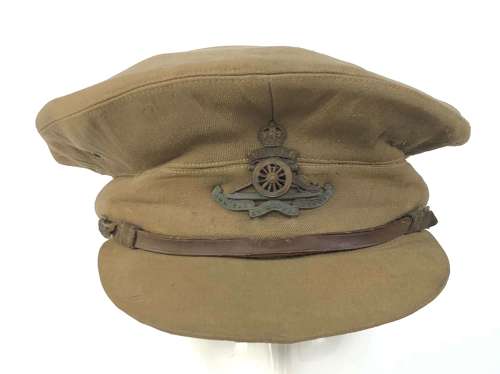 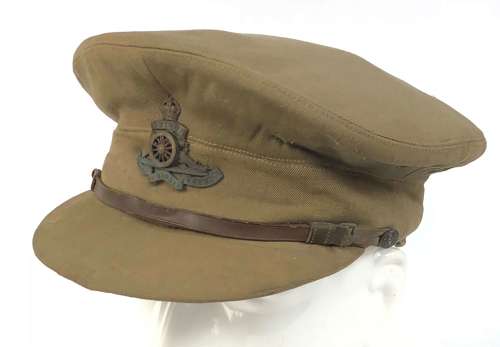 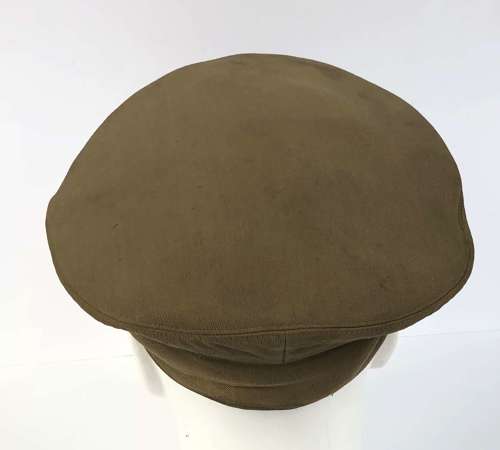 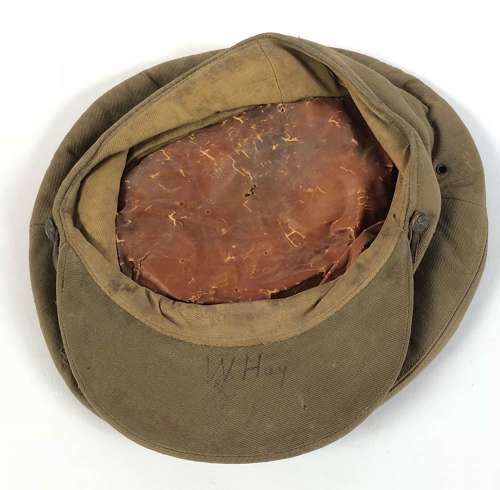 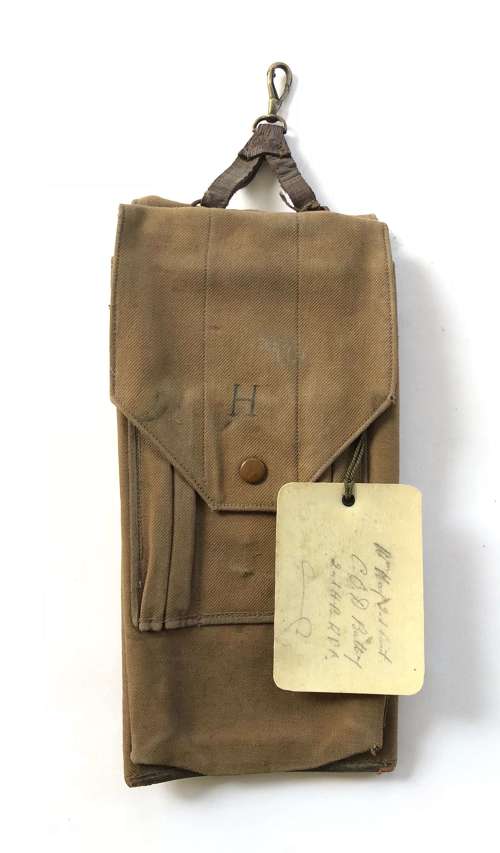 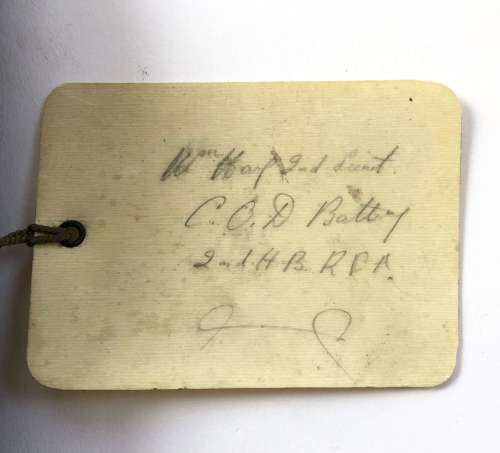 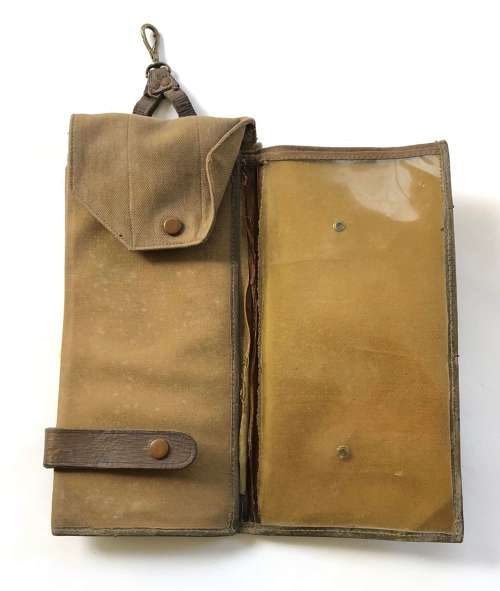 A rare grouping of items worn by Captain William Hay of the City of Dundee Battery of the Royal Field Artillery. who saw service on the Western front being awarded the Belgian Croix de Guerre and Mentioned in Despatches.
Comprising:

Cuff Rank Tunic. This is a regulation pattern tunic with Captain rank stars and lace to the cuffs, the left forearm with evidence of a bullion wound stripe having been worn. Complete with Royal Artillery buttons Territorial Collar badges with “T” below. The cotton lining with tailors label of G Mortron & Son Dundee, this with faint name “W Hay” The tunic remains good, but with some overall moth (see photographs), and the lining is now part shot remains a good exhibition item.

Map Case. This is a private purchase example, with pencil holder and folds out to three sections. Attached to the case is a small wipe board with details “W Hay 2nd Lieut C.O.D. Battery 2nd H.B. RFA”. GC dusty.

The uniform is a resent discovery from a house attic and is in original dusty found condition, I believe this is the tunic that Captain Hay wore at the front, as I have his later 1917 shoulder rank tunic that will be listed at a later date, this has medal ribbons and metal wound badge.
A being there  and seen it group of items.

Captain William Hay was commissioned  on the 19th November 1915 into C Battery (City of Dundee) 2nd Highland Brigade Royal Field Artillery
He was Mentioned in Despatches on the 4th July 1919 and is listed as serving with the 51st Trench Mortar Battery RFA. He was also awarded the Belgian Croix de Guerre' London Gazette 15th April 1918. 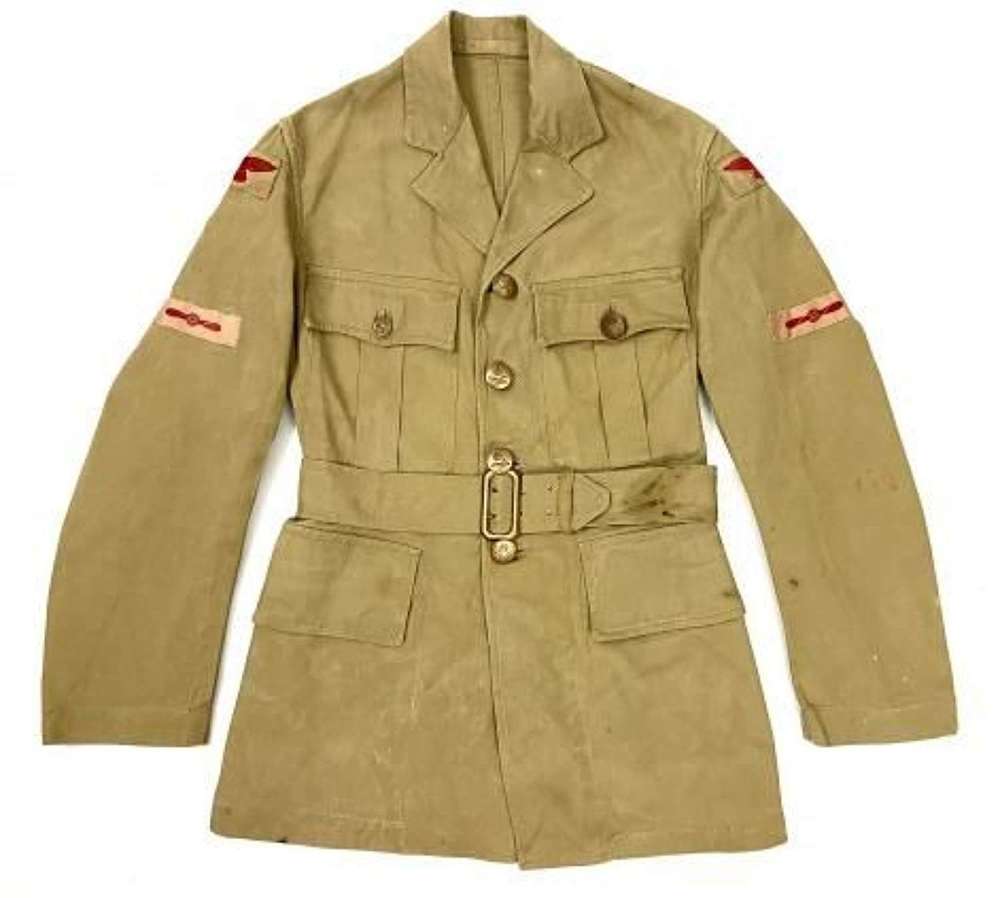 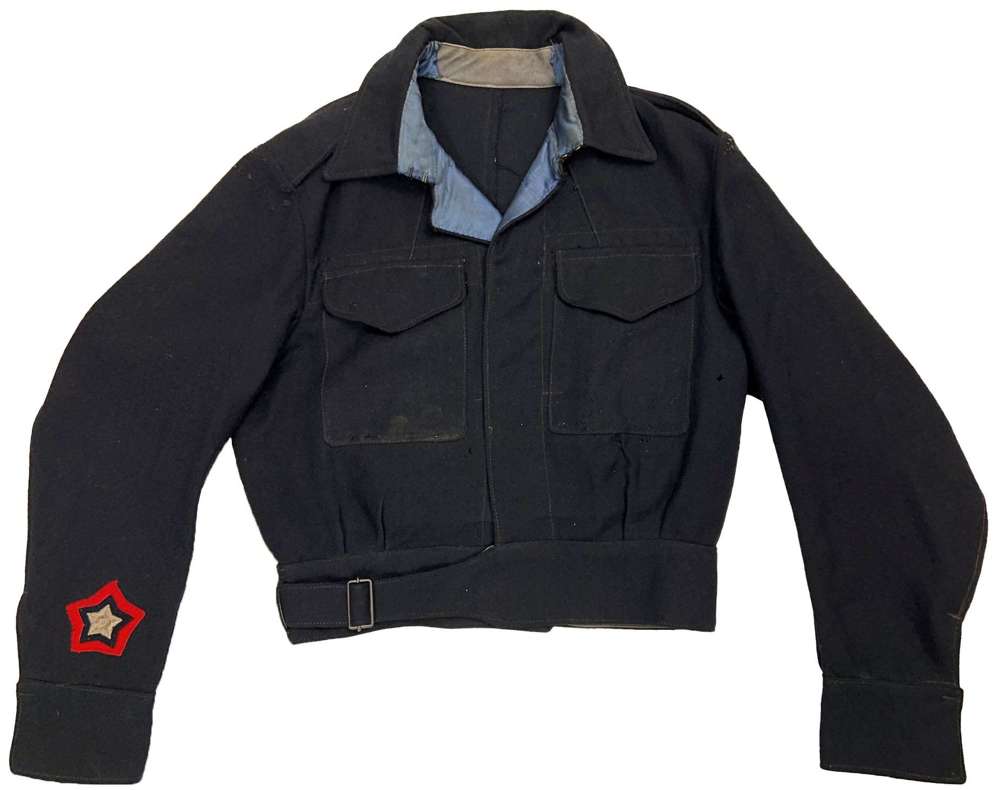 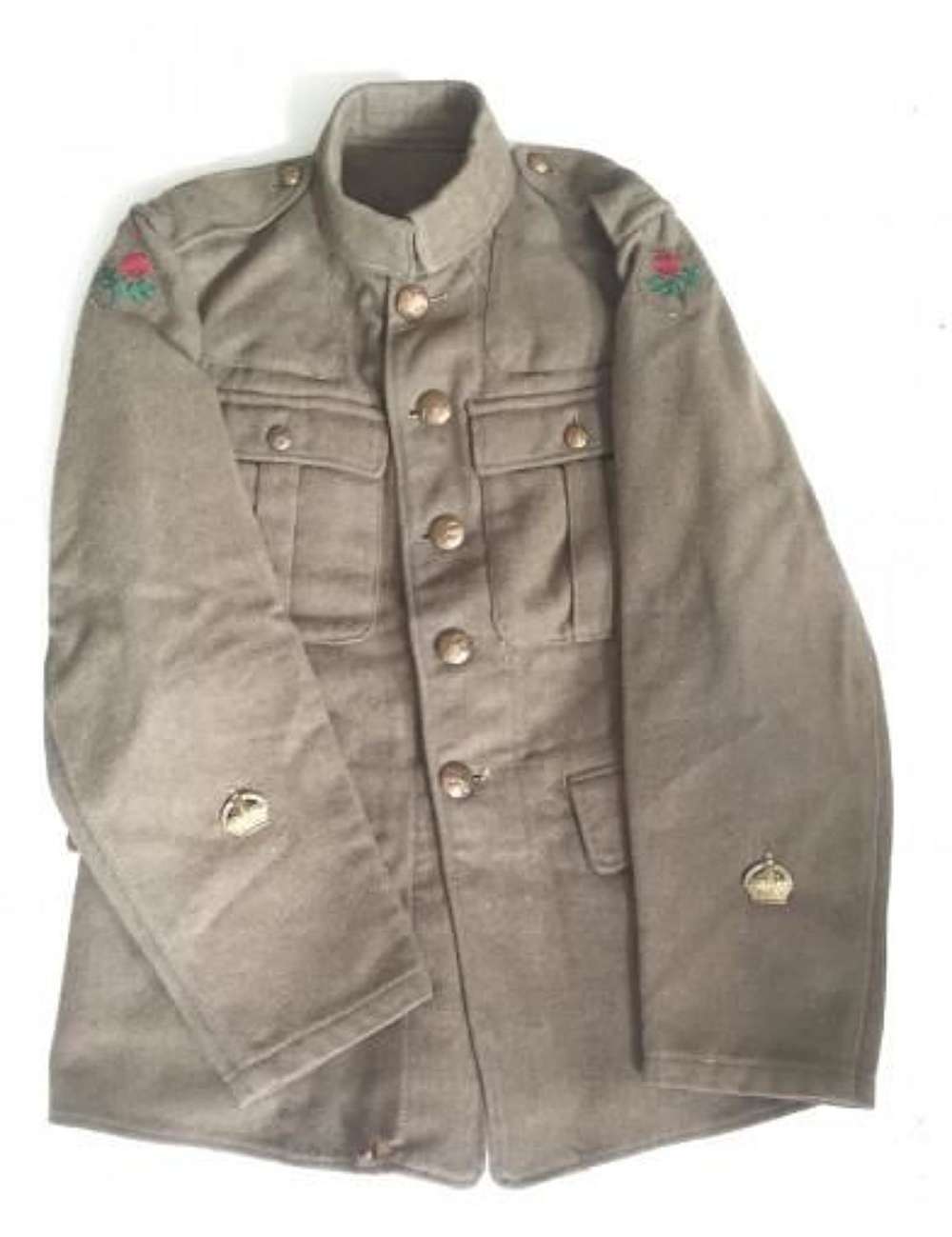 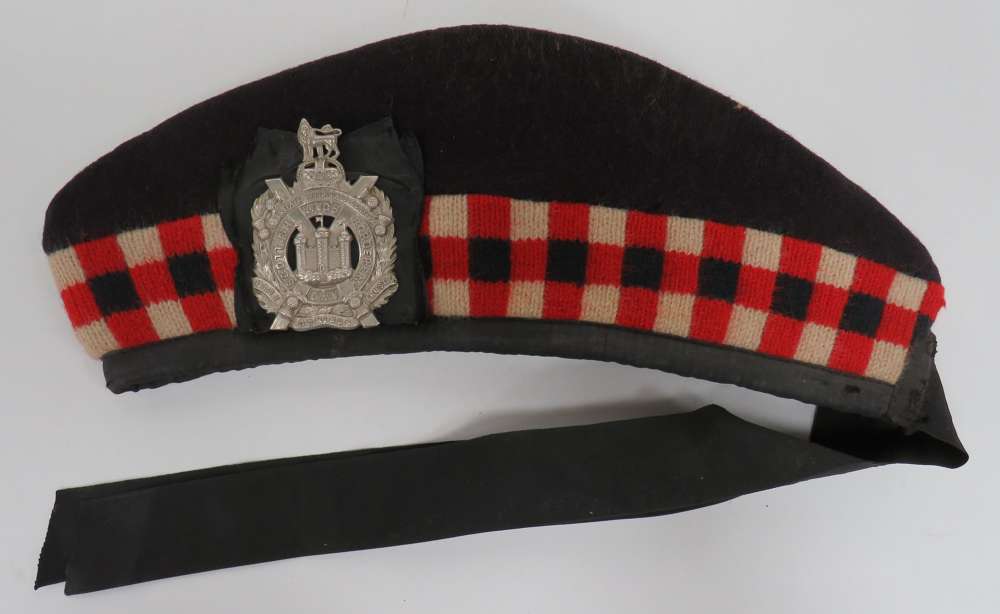