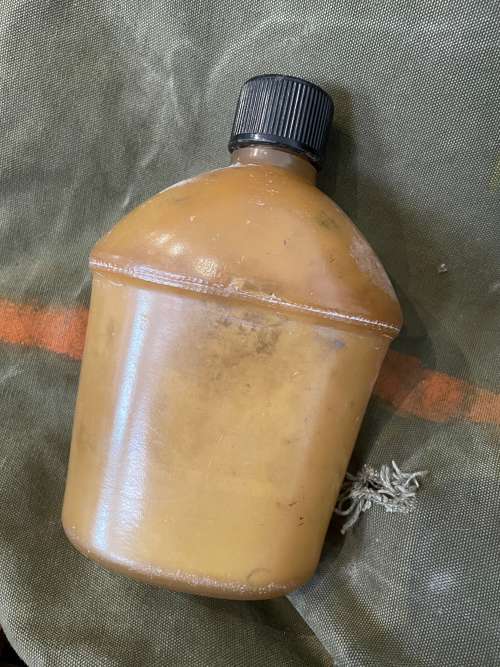 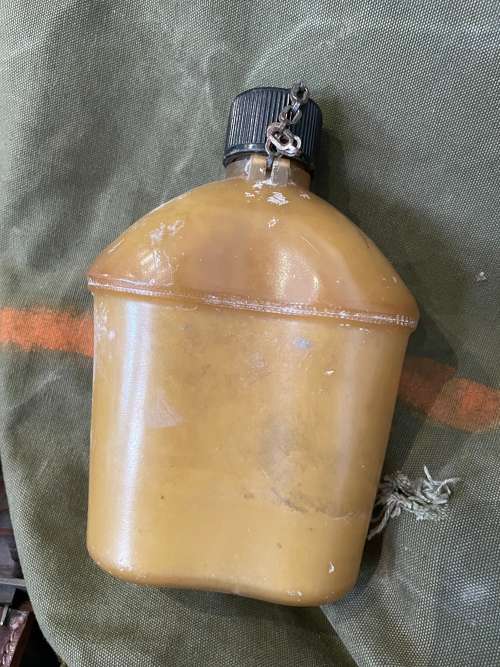 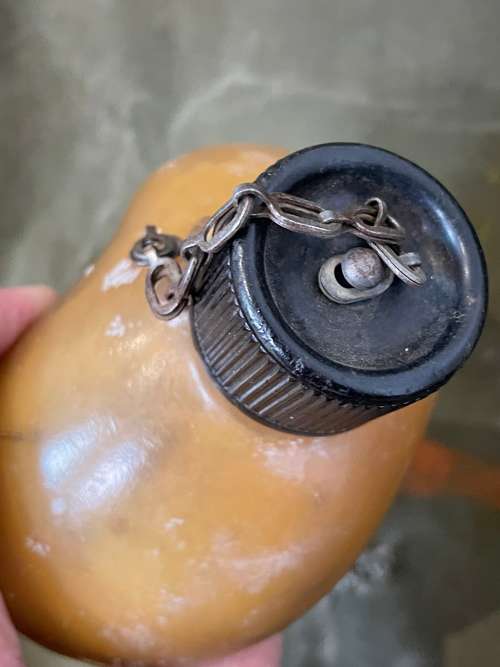 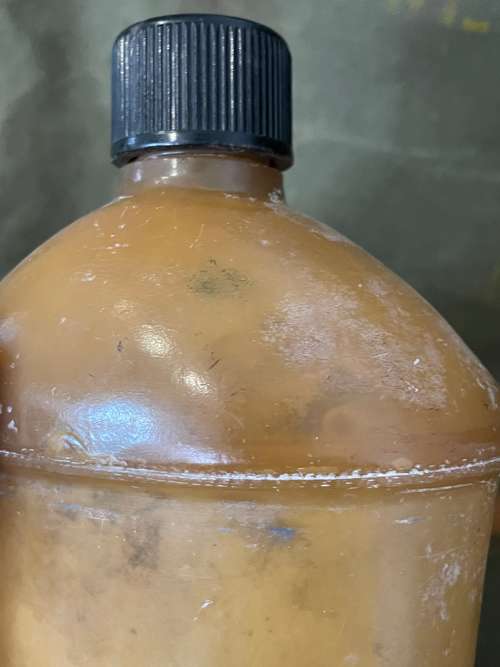 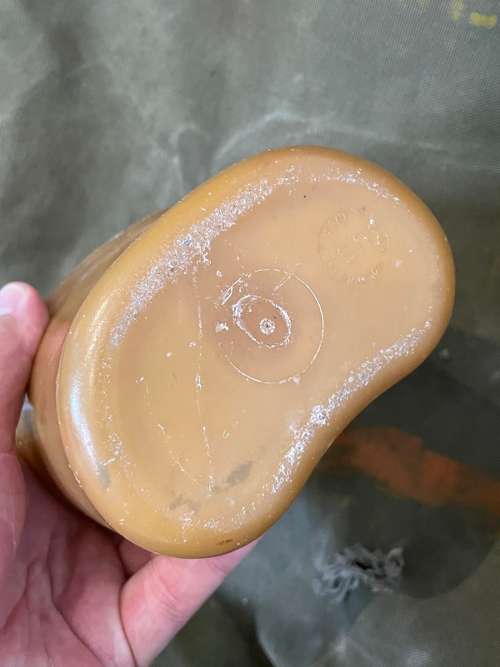 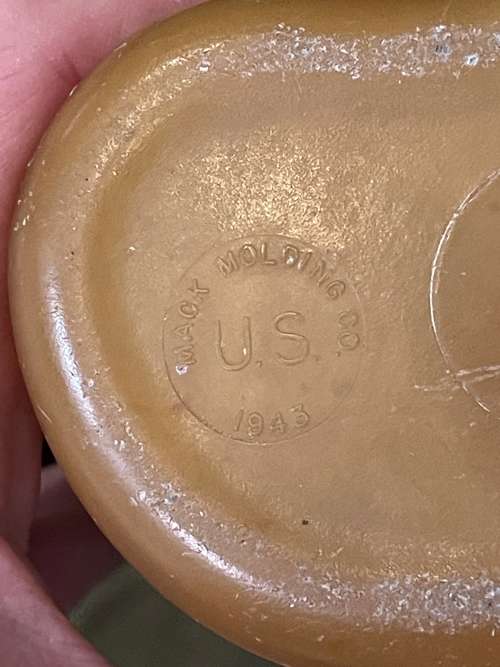 An original American Army canteen.  This is the very rare plastic style, known as Ethocel.

This type of construction was introduced in 1942 due to the shortage of aluminium, when other materials were tested for canteens. There were enamelled canteens, they were made from low grade steel, with the enamel added to aid longevity.  However, it was found to be unsatisfactory as if dropped, the enamel flaked away and sometimes, into the drinking water.  The low grade steel was then very prone to rusting where the enamel was removed.

This ethocel style was also trialed and was constructed between 1942 and 1944.  This one is marked MACK MOULDING CO. 1943.  However, as with the enamelled style, they were unpopular in the field as the plastic tended to deteriorate and this left a nasty taste to the water as the plastic broke down.  Despite there unpopularity, construction continued for three years, unlike the enamel canteens.  Some of these canteens can be found with a retrospective IC stamped underneath, standing for "Inspected, Condemned", showing that this deterioration was a known issue during the war.

This particular canteen shows the typical whitish deterioration to the plastic, that should have been opaque and caramel coloured.  The cap is intact, missing the cork and being the slightly later concave bakelite type.

Other items in Water bottles

View all in Water bottles