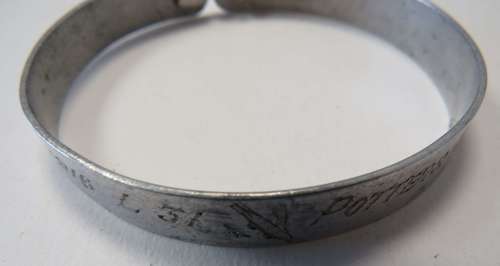 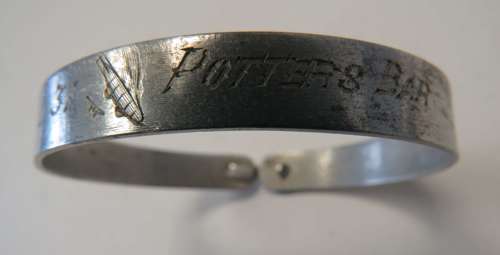 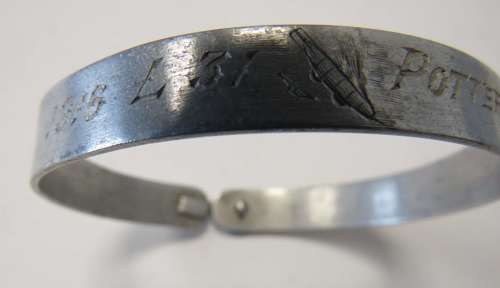 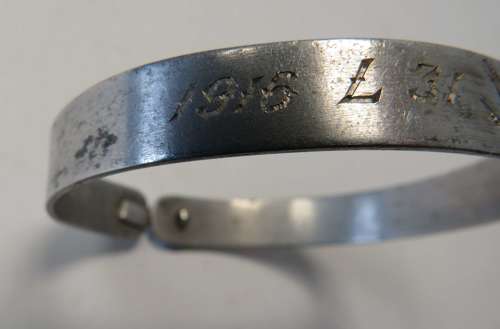 Alloy bracelet constucted from material taken from the Zeppelin L31 shot down in 1916.Bracelet engraved "1916 L31 POTTERS BAR" With central Zeppelin going down in flames.Rear with simple opening catch

The L31 was shot down on 1 October 1916 by Second Lieutenant Wulstan Tempest, 39 Squadron Royal Fling Corps. The crew of L31 were all killed . Sections of the Zeppelin were collected by souvenir hunters. While some pieces remained as they were found, other pieces of airships were turned items such as pieces of jewellery.

Other items in Wreckage & fuselage

View all in Wreckage & fuselage 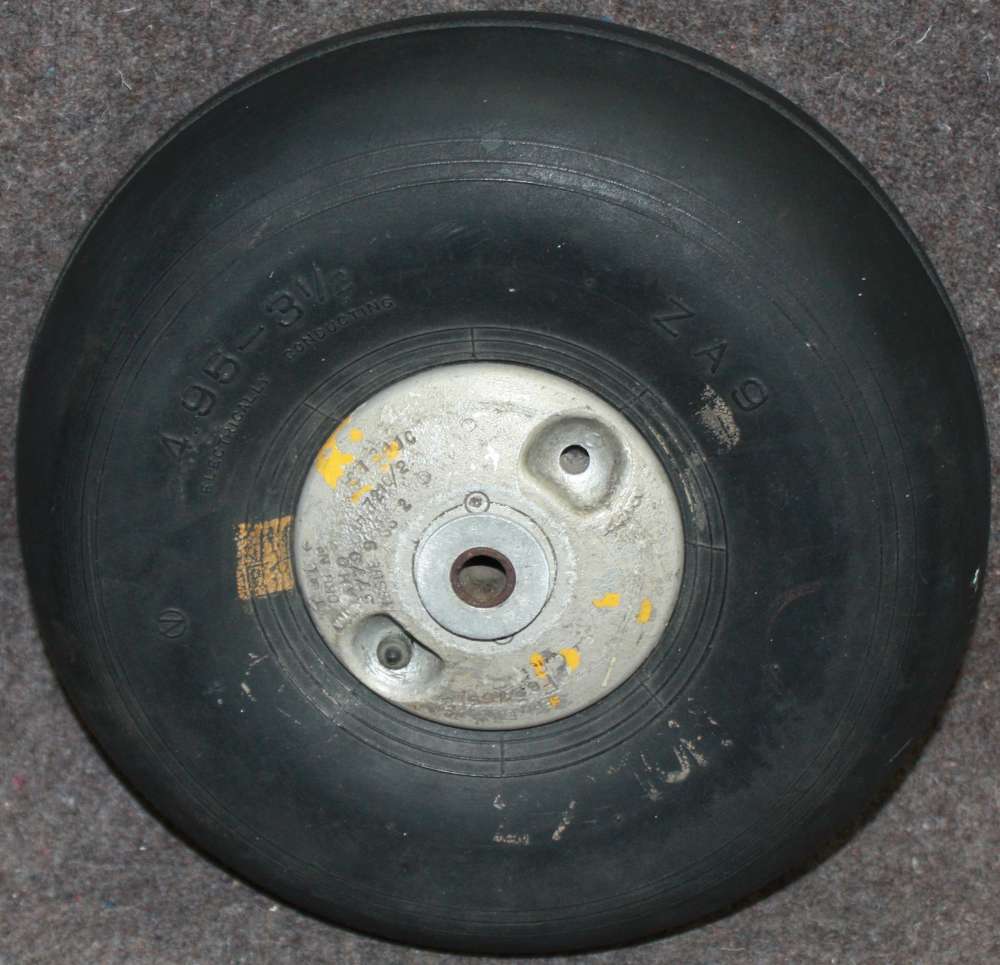 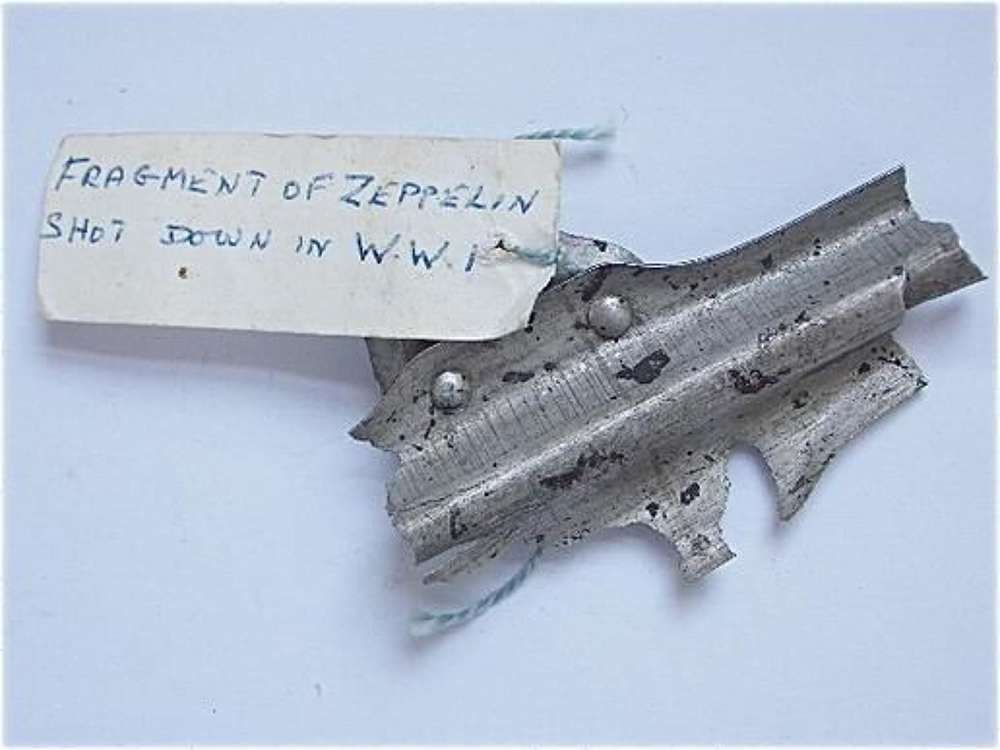 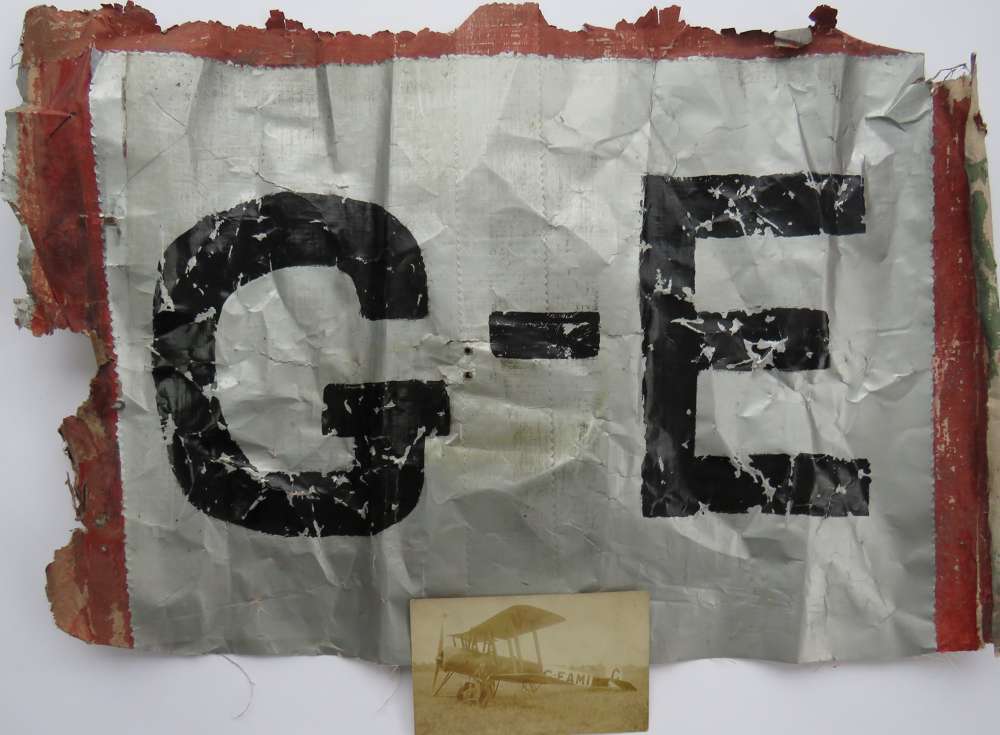 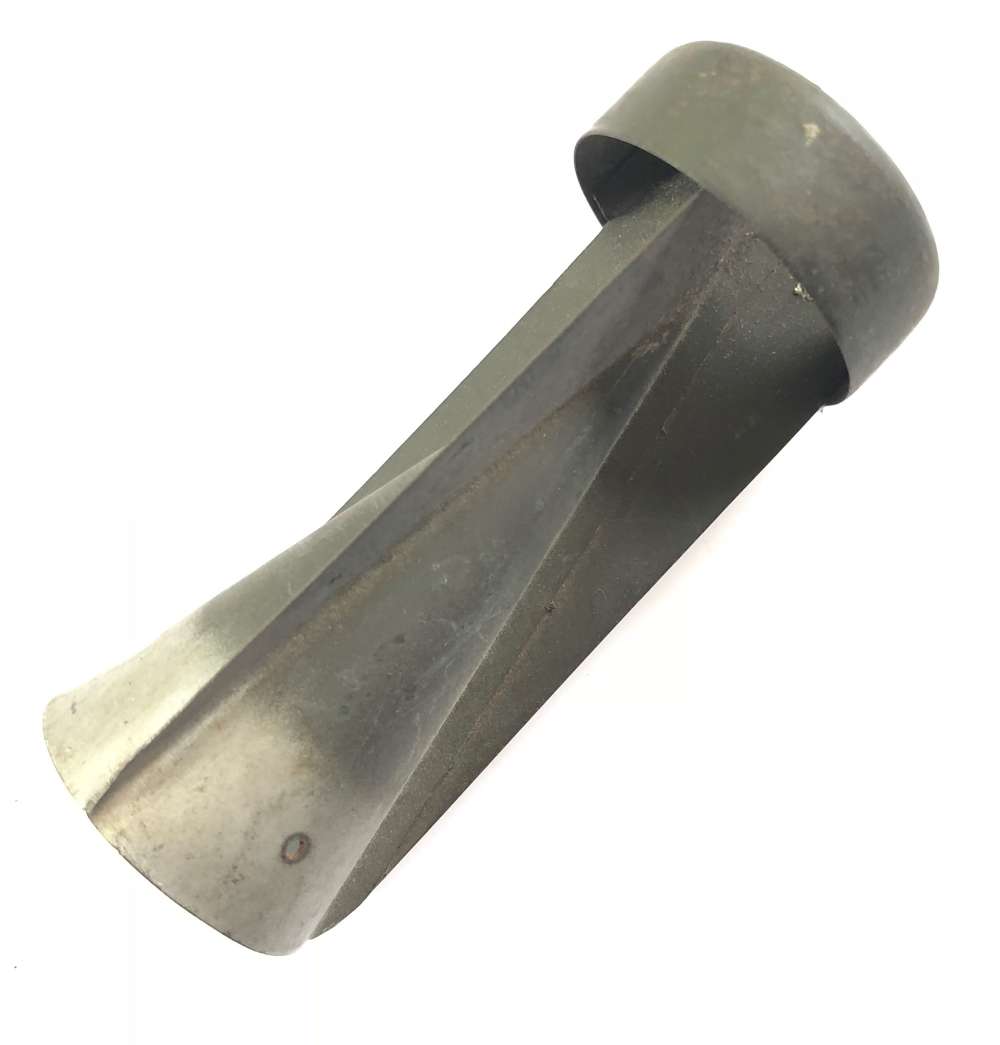 View all items from Bulldog Militaria 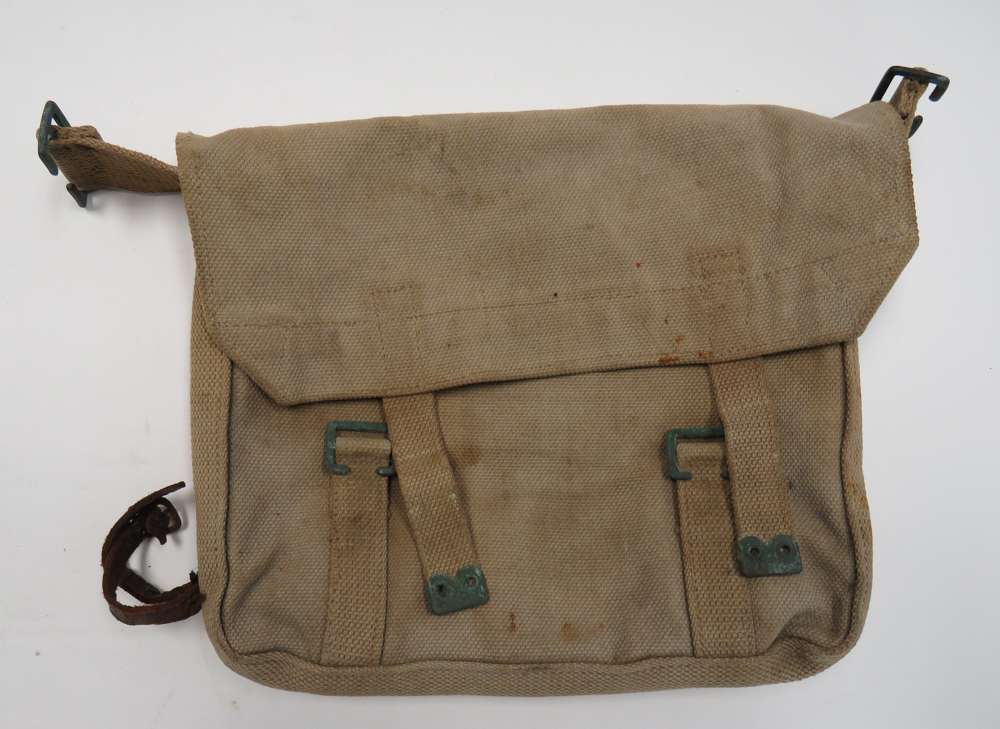 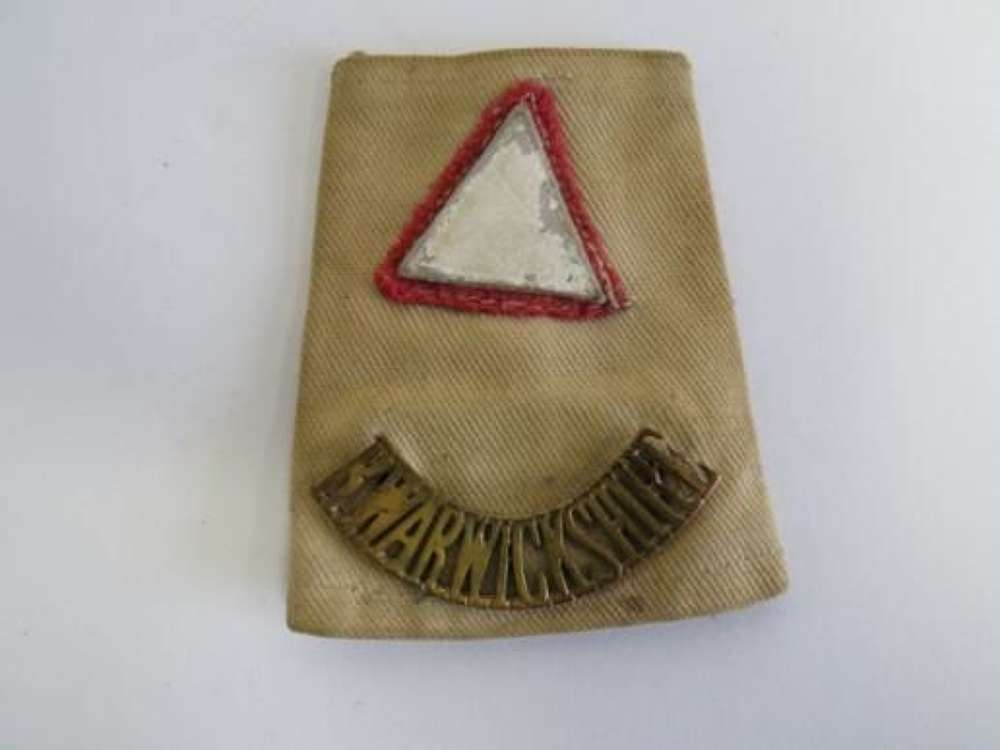 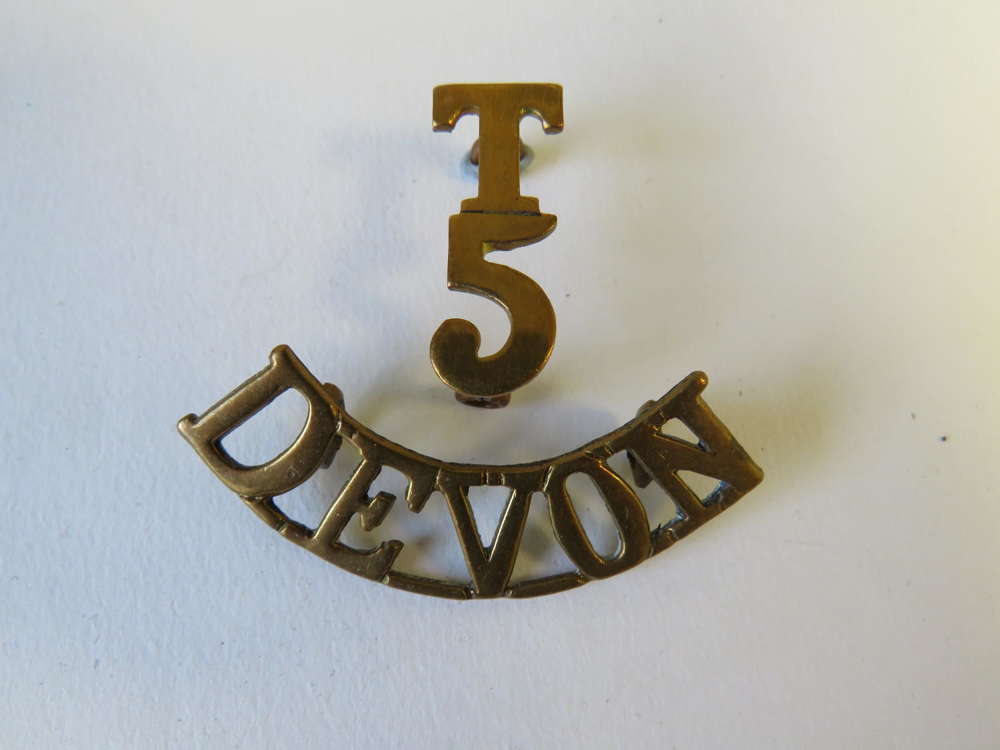 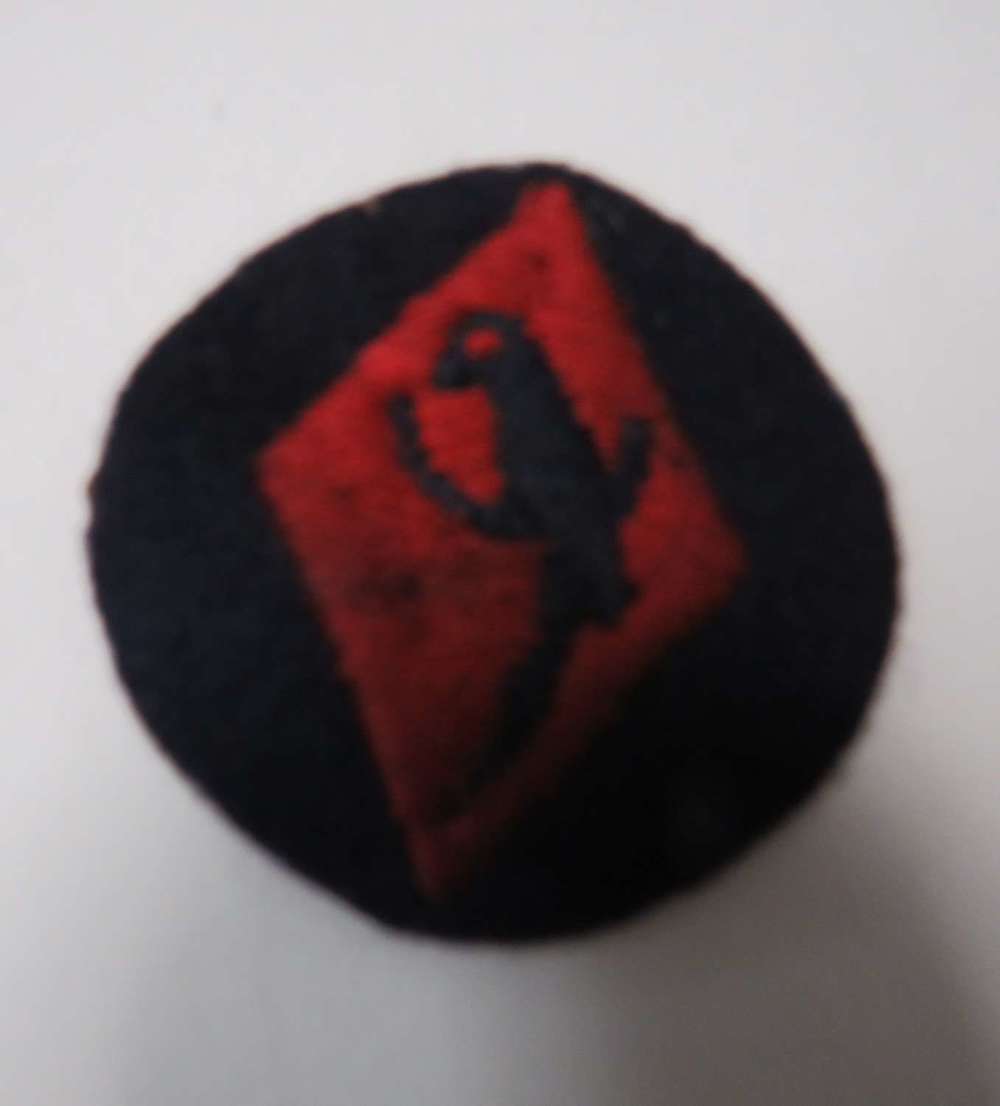