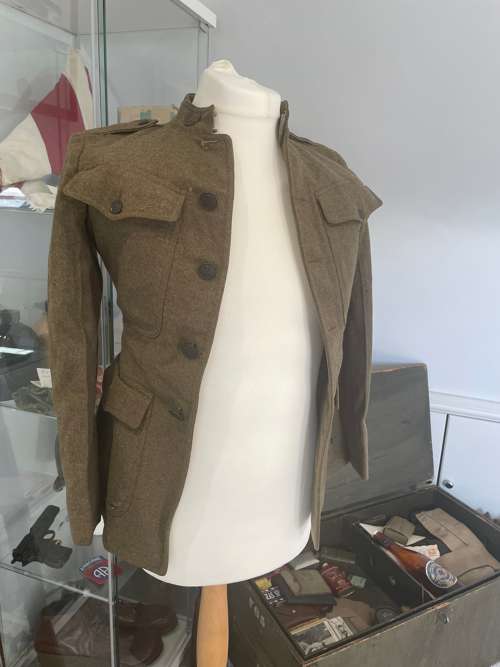 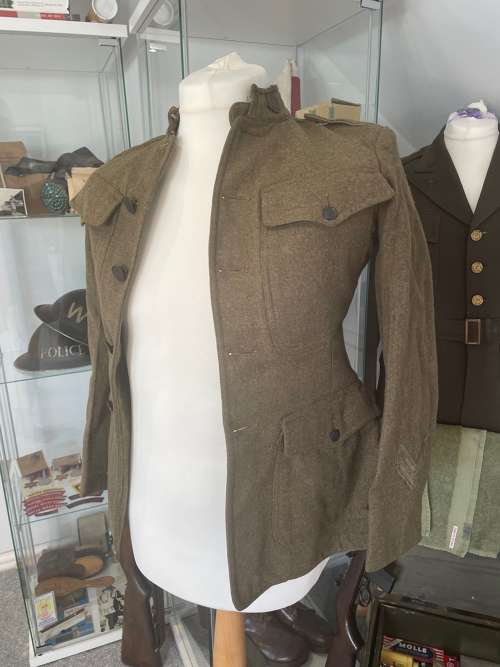 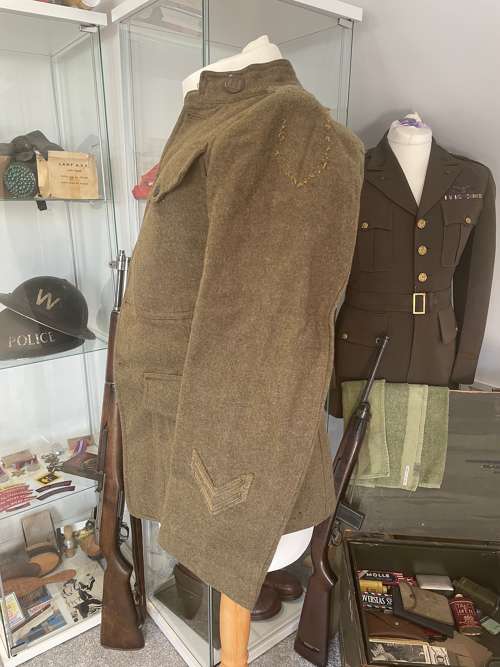 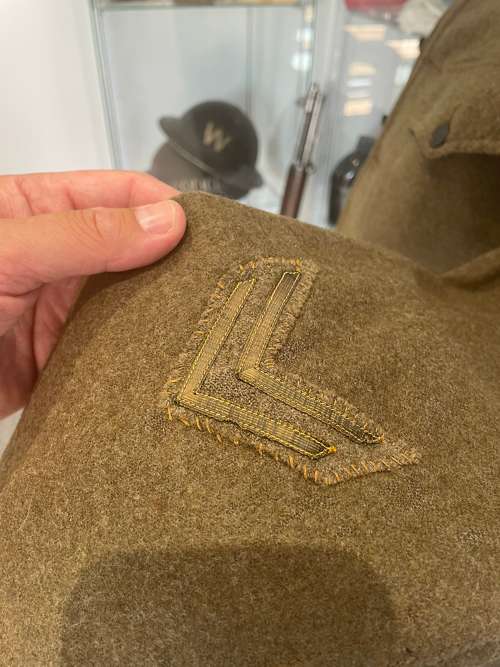 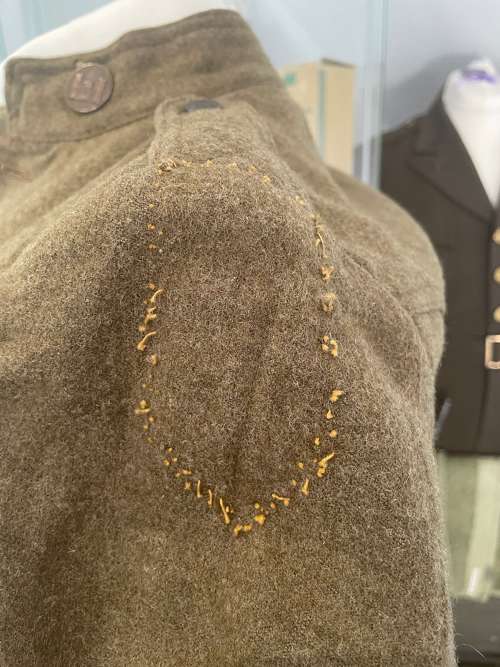 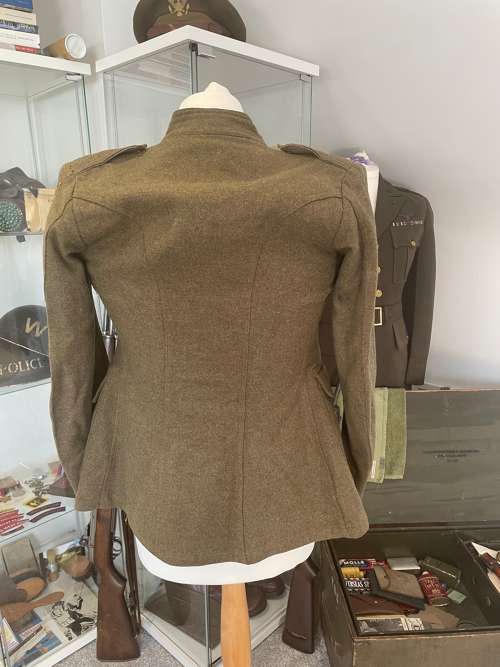 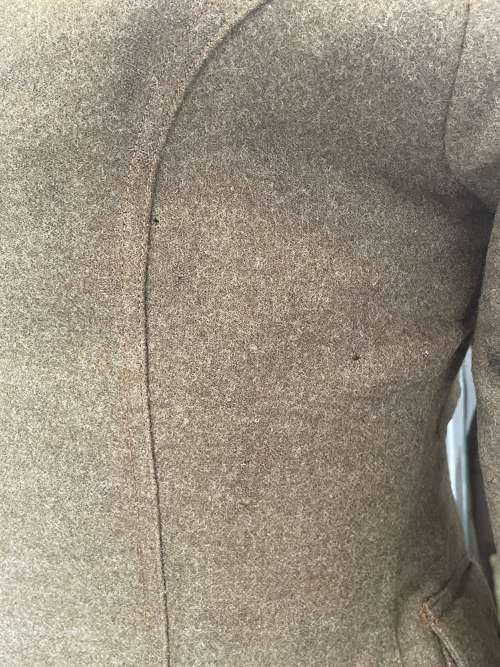 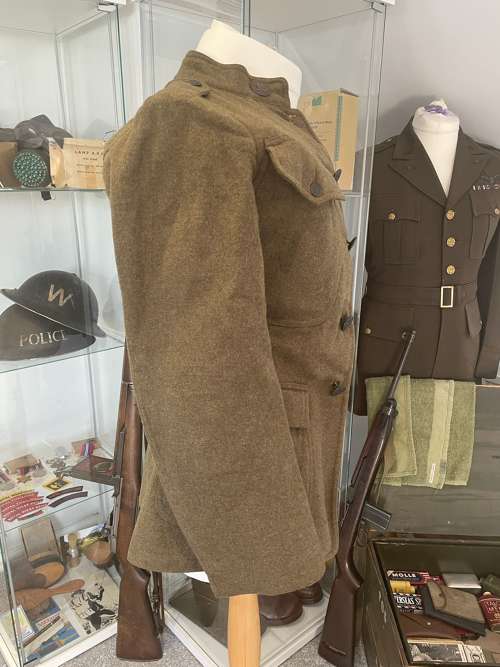 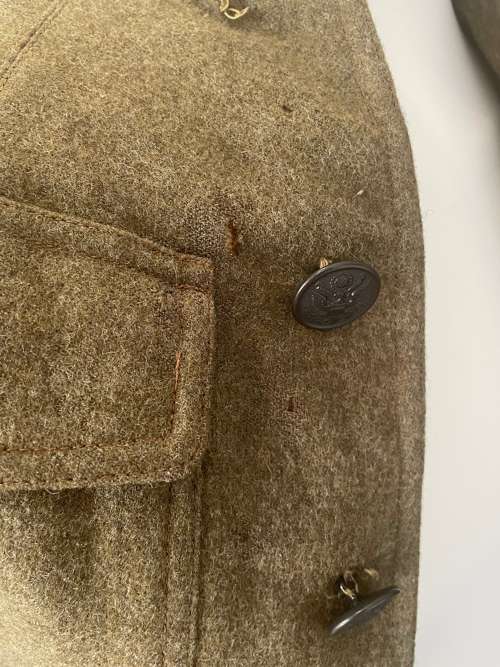 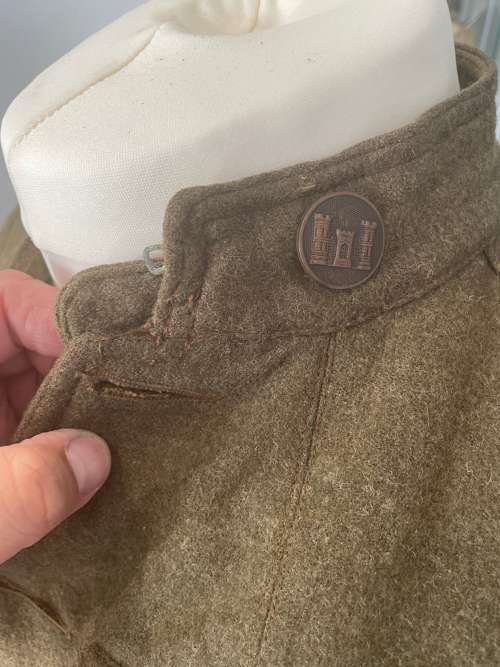 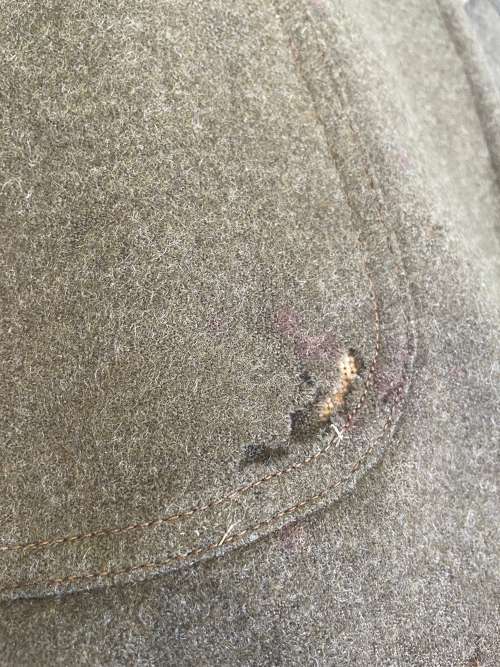 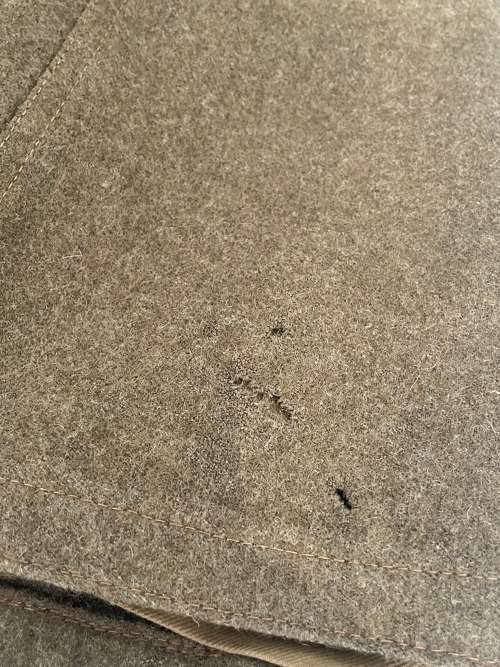 An original US WW1 era Doughboy Winter tunic.  Good condition,  several moth nips, particularly severe on the bottom of one of the front lower pockets (pictured) but for an original tunic over 100 years old, very presentable condition.  There is no maker tag, nor naming, but came with a slip of paper indicating the original owner may have been Cpl Clarence Sylvester Hosmer.

One button is missing, but tunic is furnished with US and Engineer's Corps collar dogs, two service chevrons, each denoting six months service and there is an outline of a unit patch, that has sadly been removed.  The shape of the patch indicates 'Big Red One', the 1st Infantry Division, with no other units having such an elongated shield shape.

Clarence Sylvester Hosmer was born on 1 July 1898 in Auburndale, Massachusetts. He departed for France on 27 September 1917 on board Corsican, whilst serving with the 104th Infantry Regiment, part of the 26th Yankee Division. He sailed for home from Brest on 6 April 1919, part of the 101st Supply Train, also in the 26th Division.

He also served in the Second World War.

I cannot explain the discrepancy between the shape of the removed patch and the 26th Division diamond patch, it may be he was transferred post-war to the 1st Infantry Division, as much of the 26th was worked down and disbanded post-war.