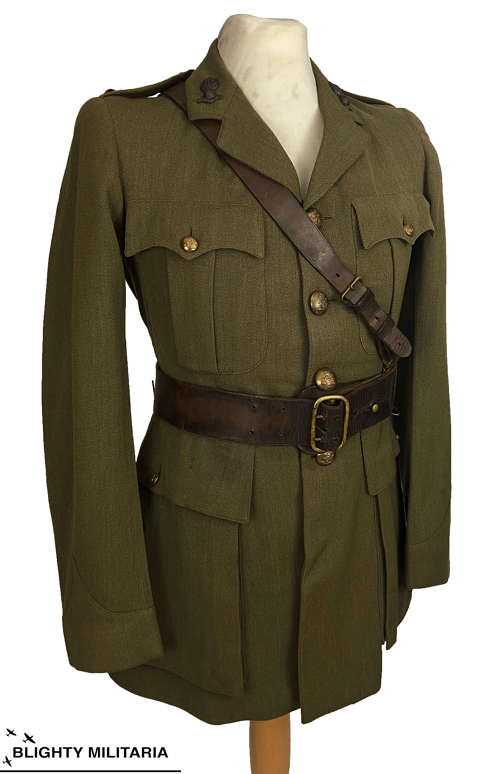 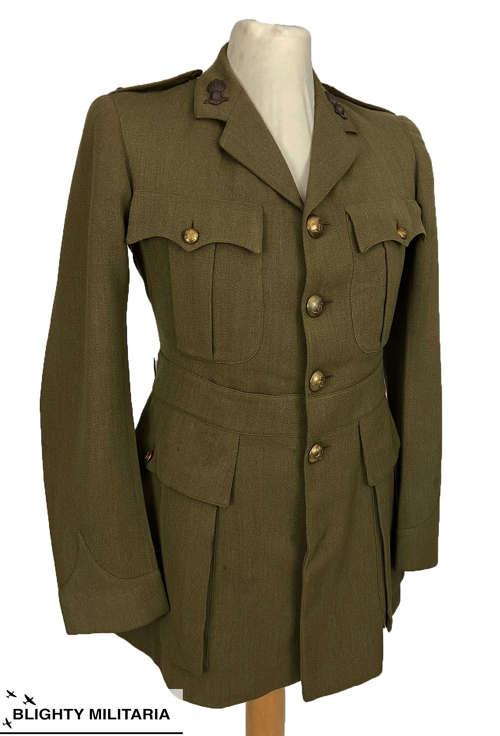 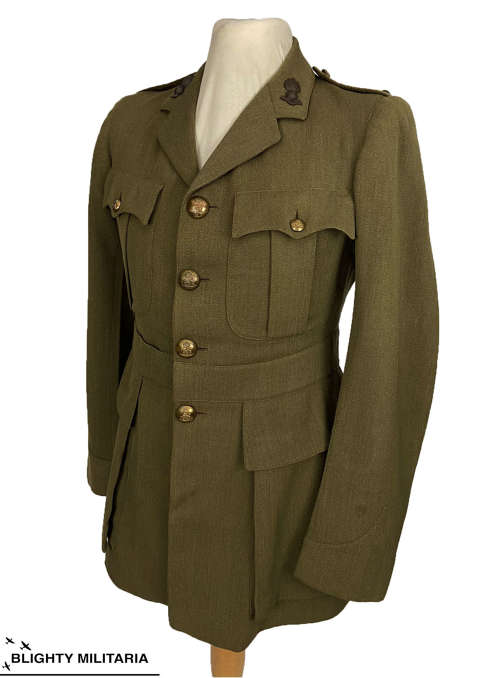 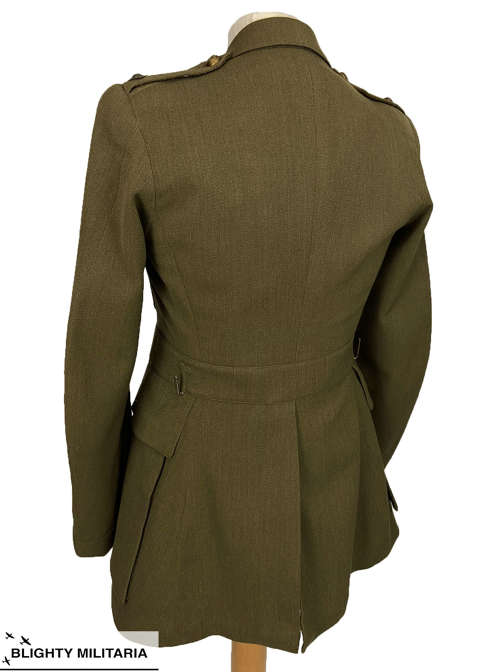 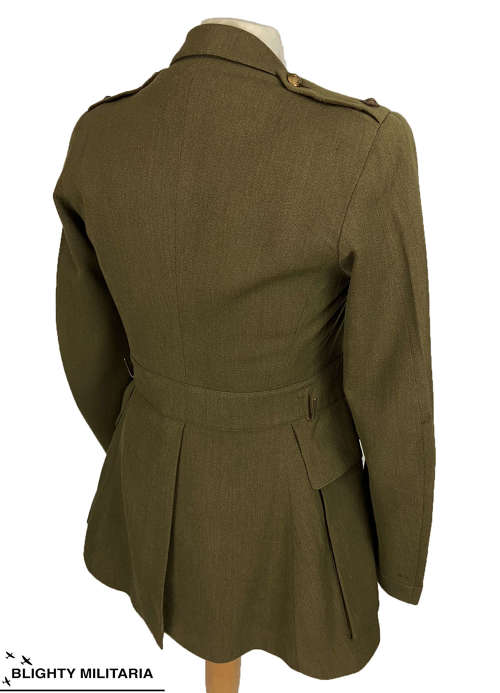 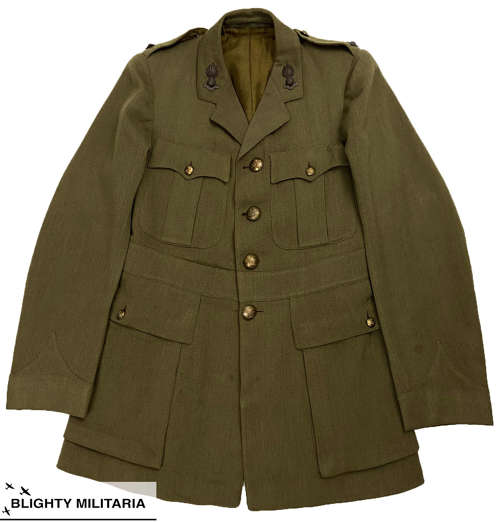 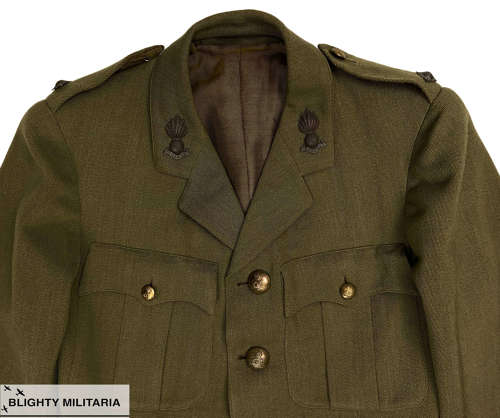 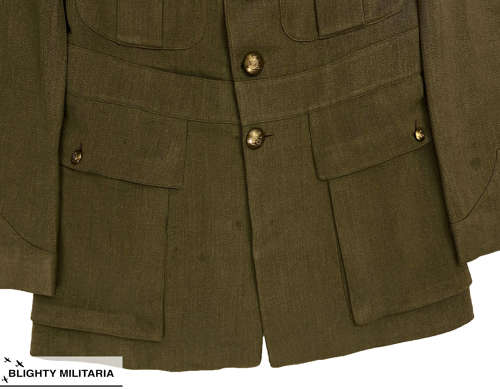 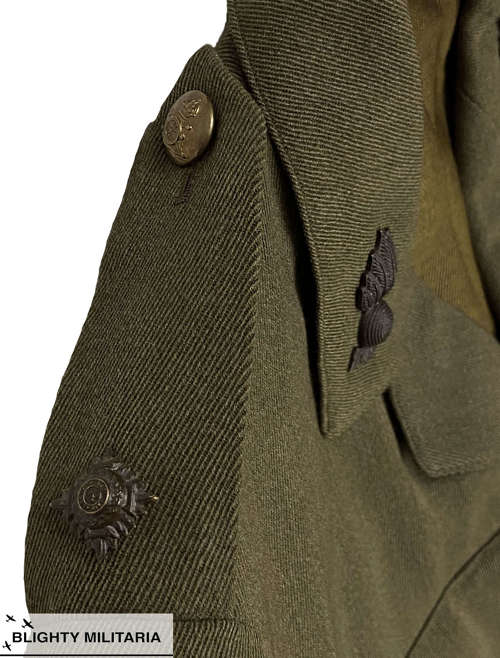 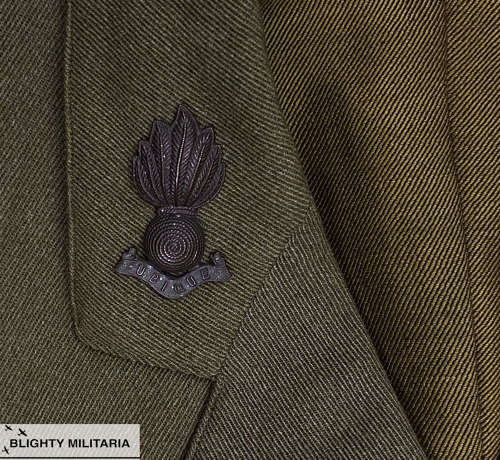 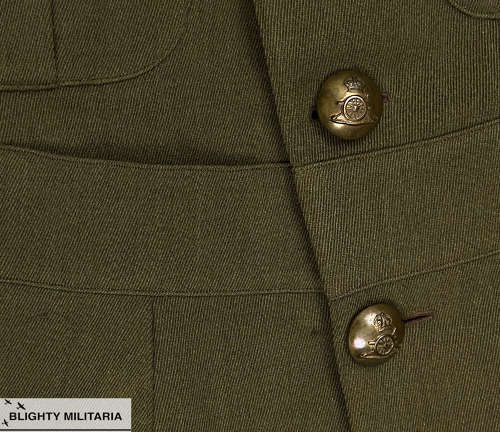 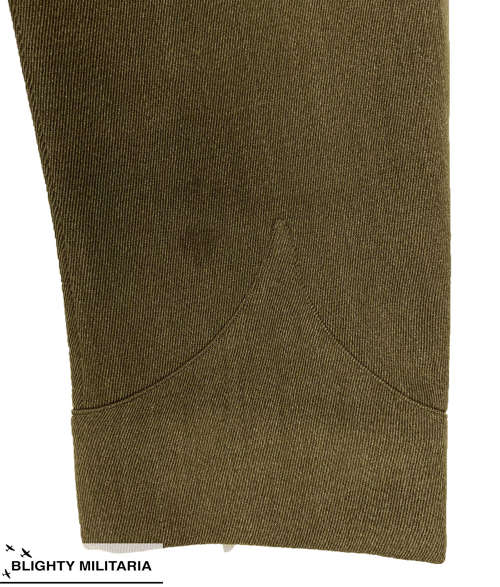 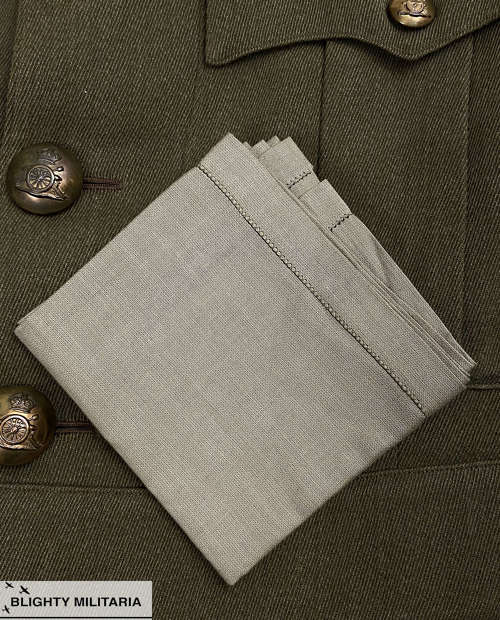 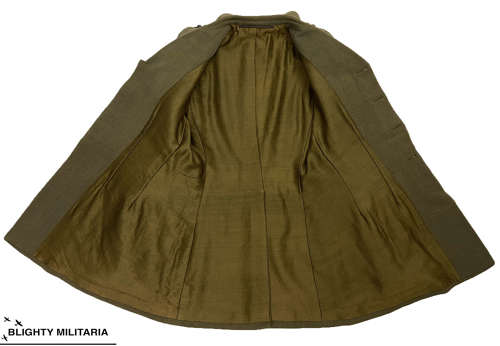 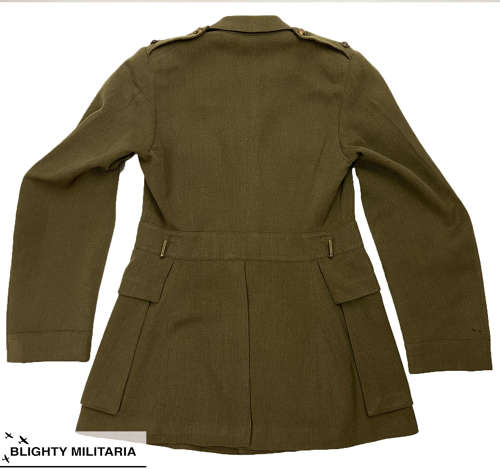 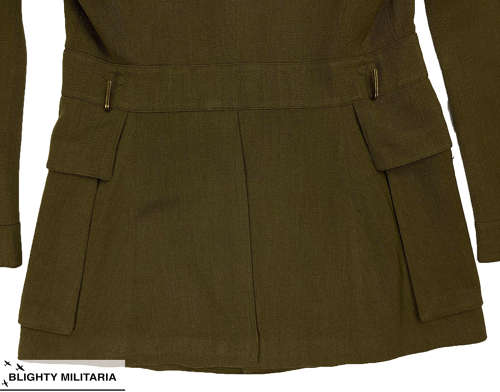 A scarce original British Army officer's 'Wind Up' tunic dating from the time of the Great War and in excellent condition.

This pattern of tunic, sometimes referred to as the 1912 pattern, was worn by a wide variety of different units throughout the First World War and is now synonymous with officer's during this period. The tunic is cut in a typically Edwardian manner with a narrow shoulder displacement and long skirt. It also features a full integral belt which is a notable trait of Great War tunics, very different to later examples. Tunics cut without this belt began to appear in 1916 although not seen in great numbers until the post-war period. The integral belt also features a ticket pocket to the front which is mentioned in contemporary texts relating to the 1912 pattern. The tunic also features short epaulettes which is yet another detail associated with Great War tunics. These are fitted with small size metal rank stars which appear to be original to the jacket. Whilst most jackets offered on to the market today bear a high rank, often of Captain or above, this jacket has always been a Second Lieutenant's Jacket which is very rare to find today.

The jacket is made from a green coloured wool barathea which is typical of the period. It features a pointed cuff as well as a long rear vent to the skirt. It is fitted with brass King's crown Royal Artillery buttons throughout along with bronzed officer's Royal Artillery collar badges. Inside one of the pockets was a pocket square or hanky which would have belonged to the original owner and has been kept with the jacket for prosperity.

The interior of the tunic is fully lined and features a hanging loop at the neck. There are no interior pockets and no labels which is uncommon.

The tunic is in very good condition for its age with only limited signs of age and wear. There are some small flaws and some minor staining but overall it displays very well. Please study the pictures before purchasing and bear in mind that this item is approximately 100 years old and has some small flaws commensurate with age.

The tunic comes complete with its matching leather Sam Browne belt which belonged to the same man as the tunic. It is a typical period example which is in fairly good condition. A nice addition to the tunic which fits it well.

This is a very good example of a 'Wind Up' tunic which would make a great addition to any WW1 collection. Whilst it is not named or dated, it is a period example with all the right details. Not only that but it is in excellent condition for its age.