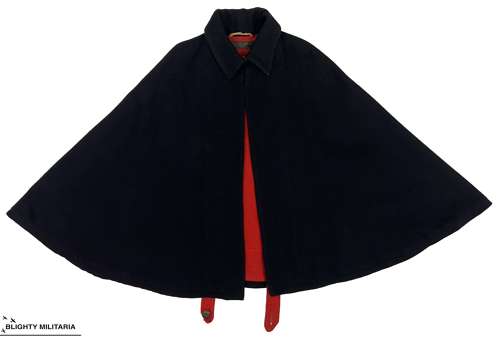 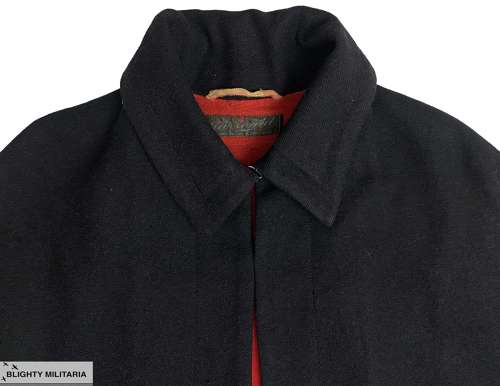 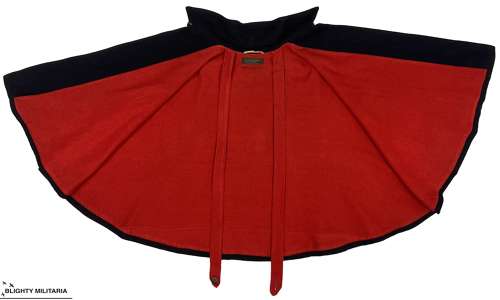 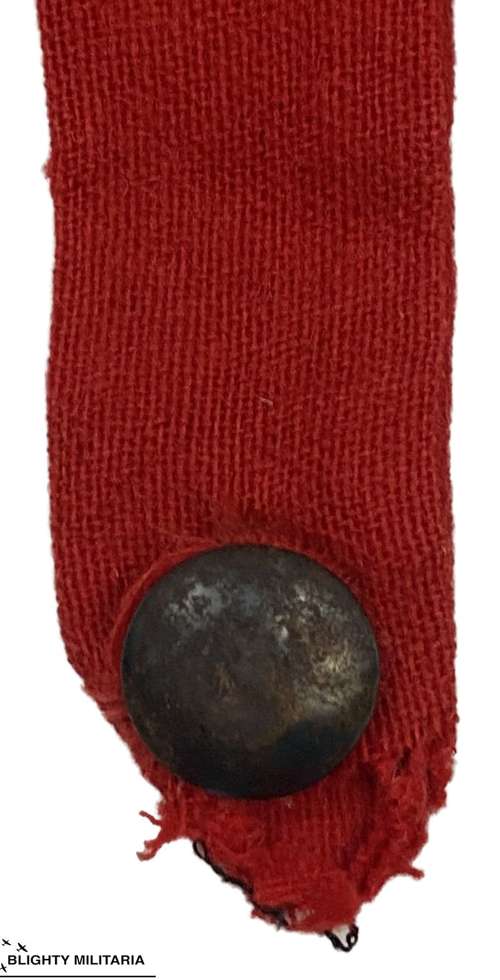 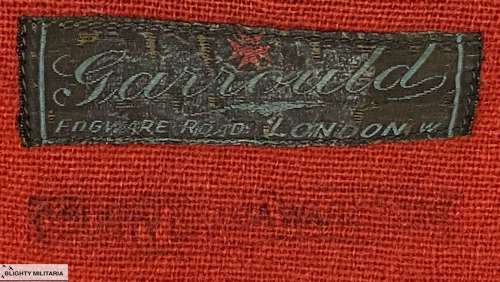 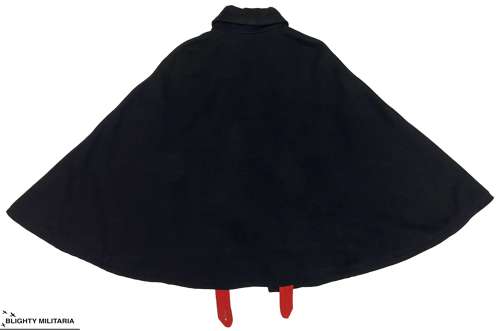 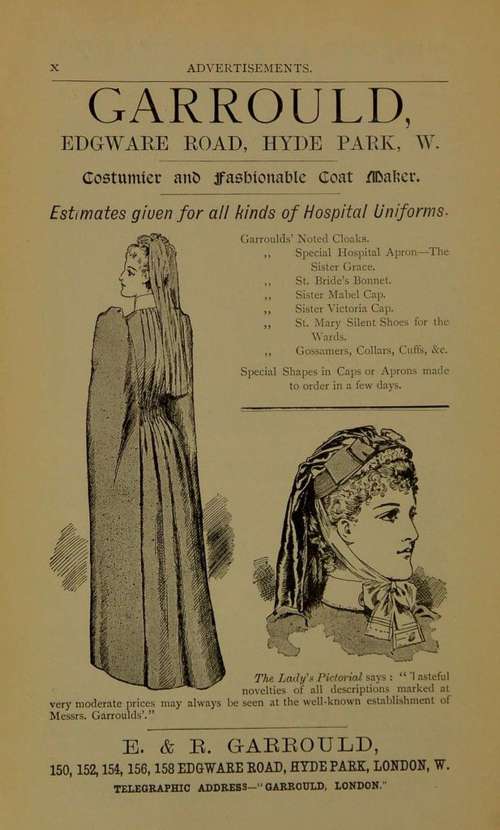 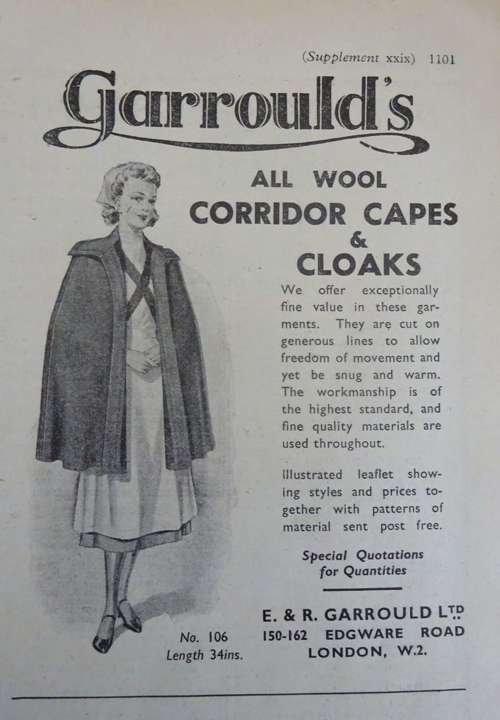 An original British nurse's cape dating from around the time of the Great War which was made by 'Garould'.

This style of cape was worn by various nursing services during both World Wars as well as in the inter-war period. The red lining may suggest that it was intended to be worn by a member of the British Red Cross. It was made by 'Garrould' of Edgware Road, London during the Edwardian period, or possibly the early 1920s. The label features 'W' after the street address, rather than 'W1' which was introduced in 1917. It also appears that the company changed its brand name to 'Garrould's' with an S during the 1920s as some of the attached period adverts show.

The cape is a 'corridor' style cape and is therefore a short length which finishes below the hips. It is made from a dark navy blue coloured serge wool and features a red lining, again made from wool. Two straps which are made from the same material as the lining are present and are worn crossed over the front of the wearer's body. These fasten with a single, large metal button which would have orignally been cloth covered and is typical of the Edwardian period.

The original label is present and features classic Edwardian period colours and graphics. Whilst it is worn, all the information is present and proves that this is a Great War era item.

The cape is in good condition with signs of wear and age. Overall it is very wearable but please take time to study the pictures and bear in mind that it is a vintage, pre-owned item which may have small issues commensurate with age.

A rare piece of women's uniform with a great label!