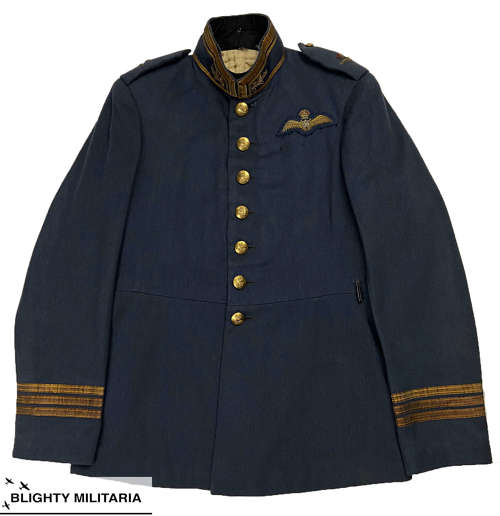 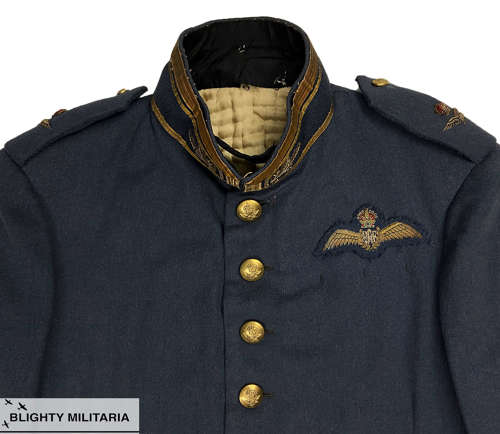 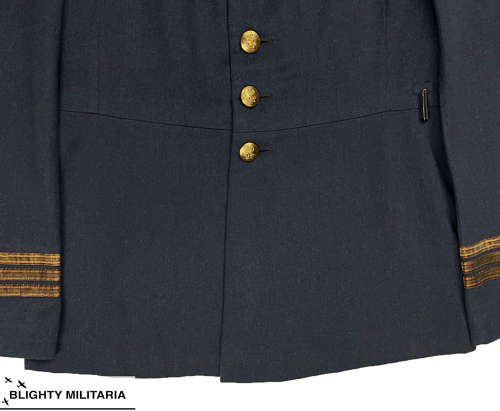 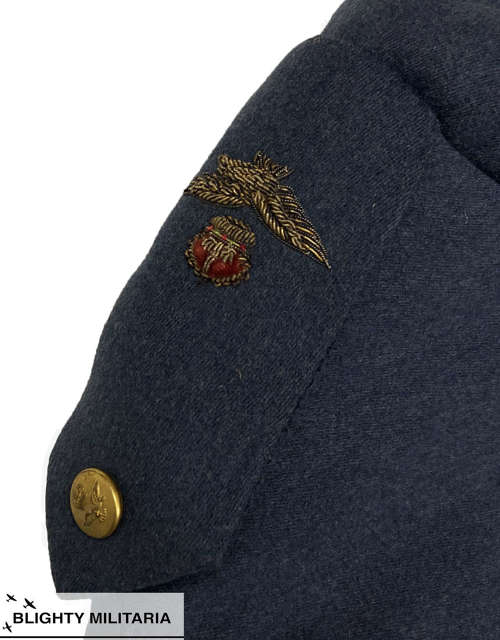 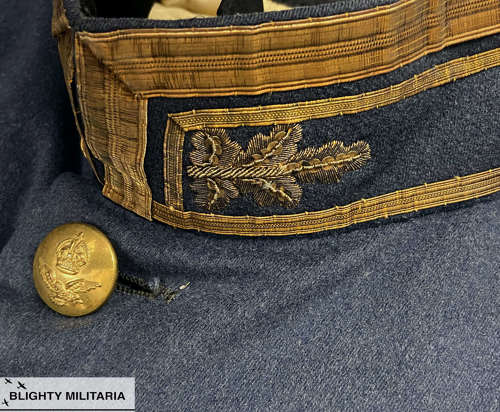 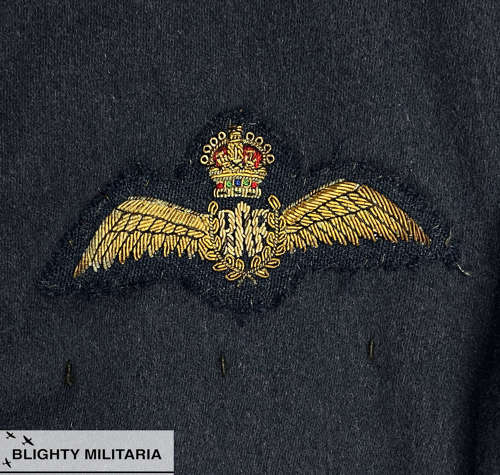 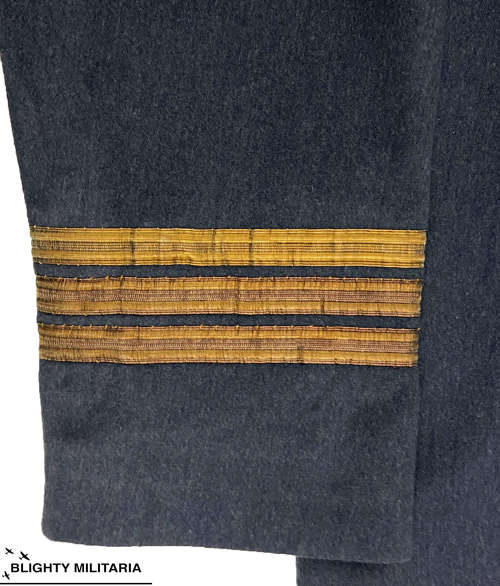 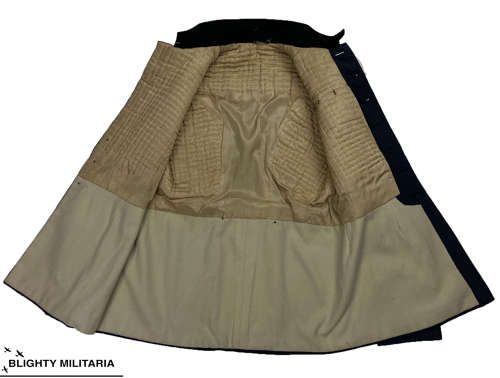 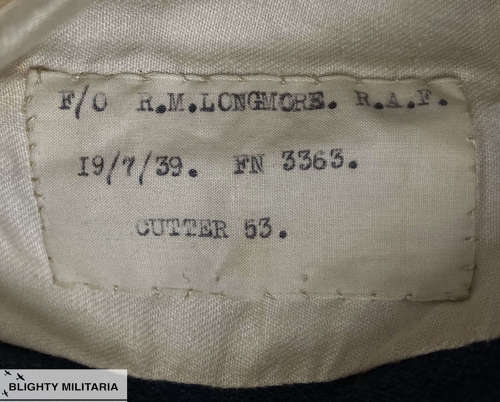 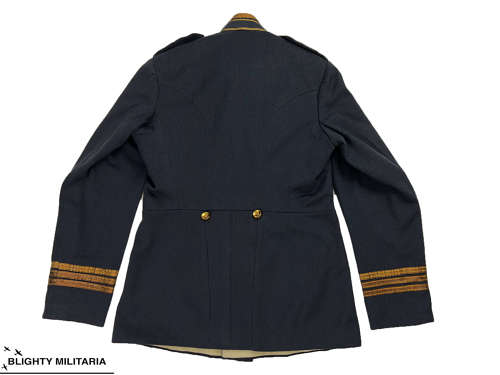 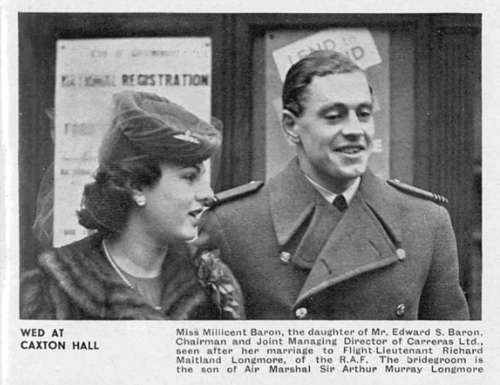 This tunic belonged to Wing Commander Richard Maitland Longmore OBE who was the sun of Air Chief Marshal Sir Arthur Murray Longmore, GCB, DSO, DL. He entered Cranwell College in January 1934 and passed in the December of the following year. He was posted to No. 56 Squadron and was posted to Singapore. He returned to the UK in 1939 and was awarded the OBE in March 1941. He was Officer Commanding 120 Squadron when he was killed on the 4th of October 1943 whilst flying Liberator FK 923. It was lost at sea, believed to be shot down by flak while it was attacking U-boat U-539.

This pattern of tunic was authorised for wear by Air Ministry Weekly Order 332 in April 1920 for use on ceremonial occasions and was used throughout the inter-war period before being suspended in WW2.

The tunic is a very finely made garment which is cut from an RAF blue-grey coloured venetian cloth. It features a single breasted front which fastens with brass King's crown RAF buttons. There is a bullion pilot's wing fitted to the breast and bullion rank is fitted to the end of each sleeve which denotes the rank of Squadron Leader. The uppermost rings are a slightly later addition as Longmore was still a Flying officer when the tunic was made in 1939. Epaulettes are located to the shoulders and feature more bullion insignia and there is a stand collar, which again features fine bullion work.

The interior of the jacket is lined in silk and features exquisite work with a lot of quilted sections around the chest as well as an interior pocket. The original label is present inside the pocket and bears the owner's name of 'R. M. Longmore RAF' as well as the date of 19/7/39. The tunic was almost certainly made when Longmore arrived back from serving in Singapore.

The tunic is in excellent condition with only limited signs of age and use. It displays very well indeed with no serious flaws or damage. Please take time to study the pictures and bear in mind that this is a vintage, pre-worn item which may have small flaws commensurate with age.

A fine original piece of RAF uniform with some excellent history!