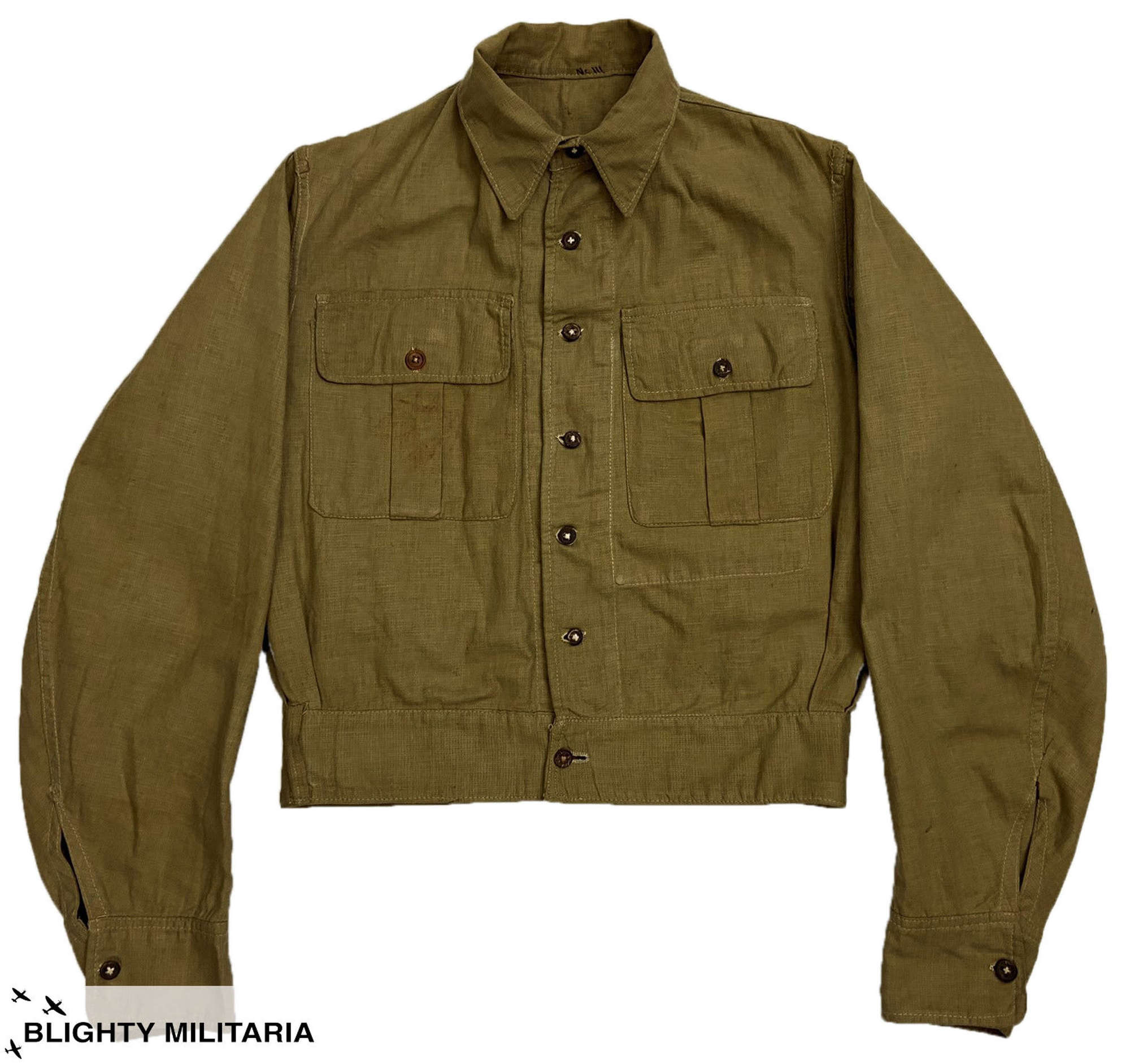 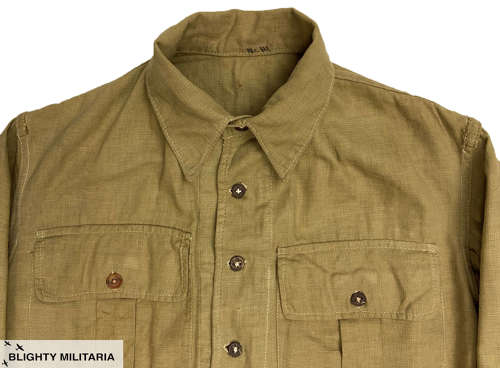 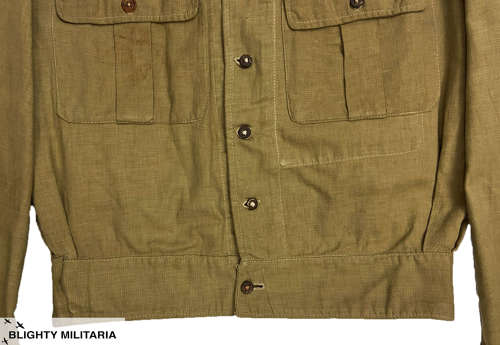 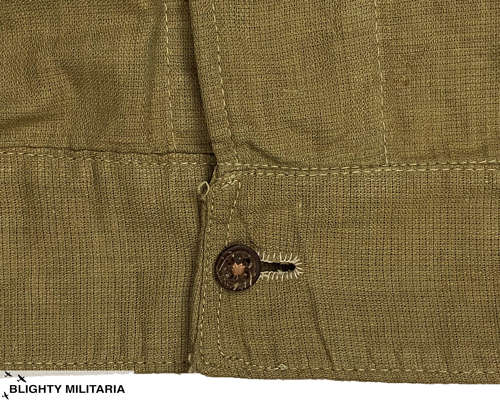 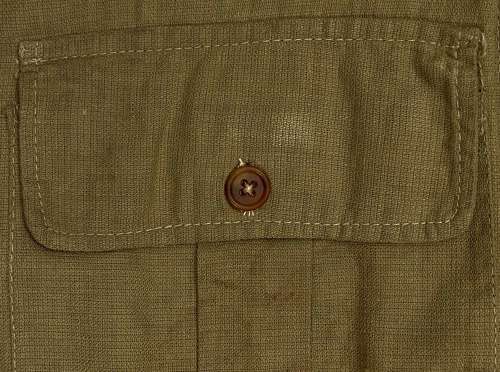 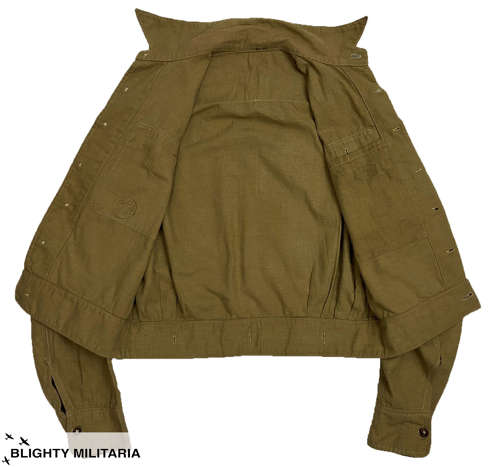 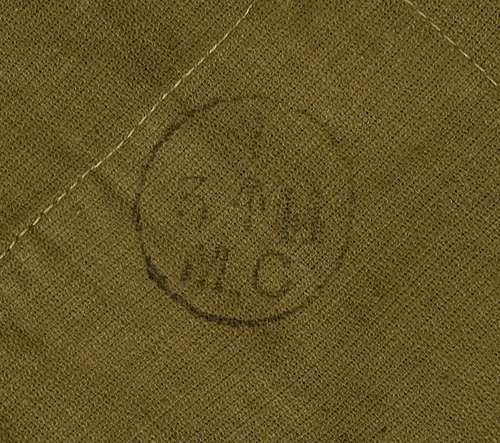 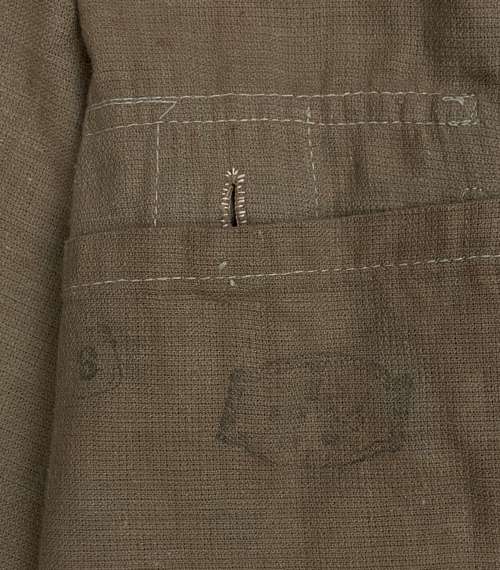 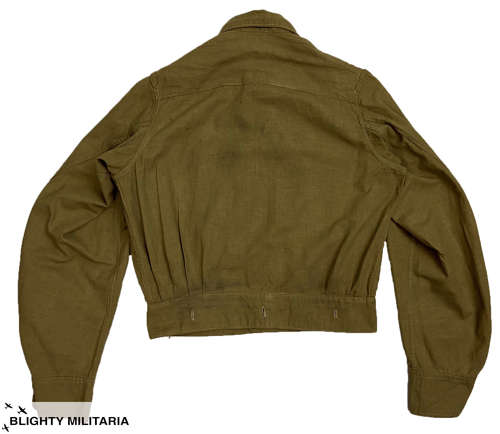 An original WW2 Indian made British Aertex Battledress Jacket as was used by a variety of British and Commonwealth servicemen in the latter part of the Second World War.

This pattern of jacket was introduced in 1943 alongside the KD Battledress trousers. It is made from cellular cotton, often referred to as 'Aertex', which is a lightweight, breathable fabric which is ideally suited to hot climates. Based loosely on the woollen battledress, the tunic is cut in a short 'blouson' style and features a full button front. As well as this it features pleated chest pockets and an inner pocket. As this blouse was designed to be worn against the skin the button which fastens to the inner pocket is reversed and fastens through the inside of the breast pocket, meaning that the button can't rub on the wearer's skin. All the buttons are the coconut husk type often seen on Indian made clothing made during this period.

The jacket has been modified by having the epaulettes and the waistbelt removed giving the jacket a different appearance. This appears to be a period modification and looks good.

Inside the jacket the original manufacturer's markings are still present. The usual circular date stamp which is often found in Indian made items and it bears the date of March 1944. There is another stamp with the number 6 which may denote the size.

The jacket is a small size and has been taken in slightly at the waist. It will suit around a 36" chest and when laid flat measures -

The jacket is in reasonable condition with signs of wear and use. There is some staining, mainly to the rear, but overall it appears to be wearable. Please study the pictures before purchasing and bear in mind that this is a vintage, pre-owned jacket.

All in all a good example of this pattern of jacket with good date stamps and an interesting conversion. 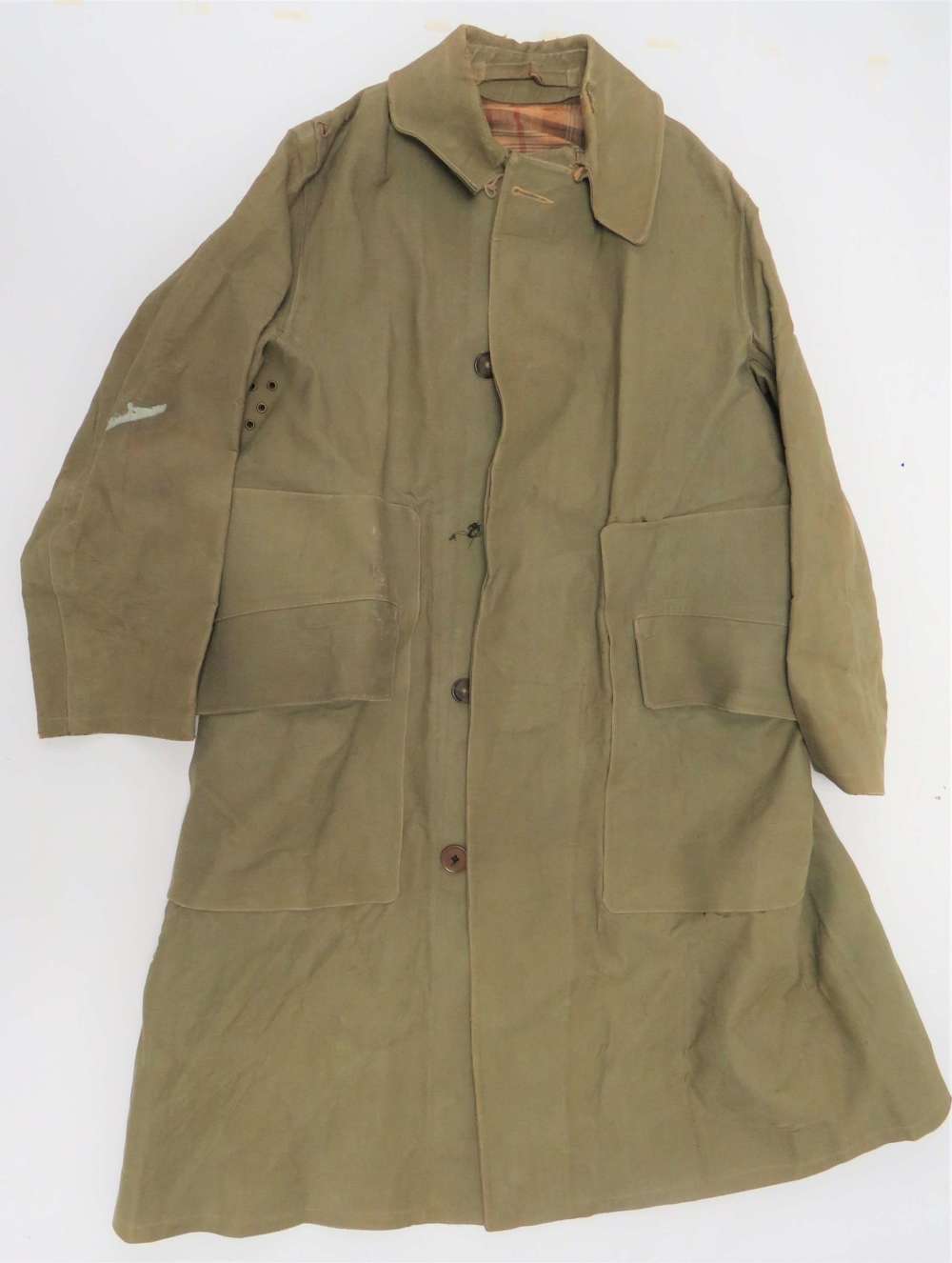 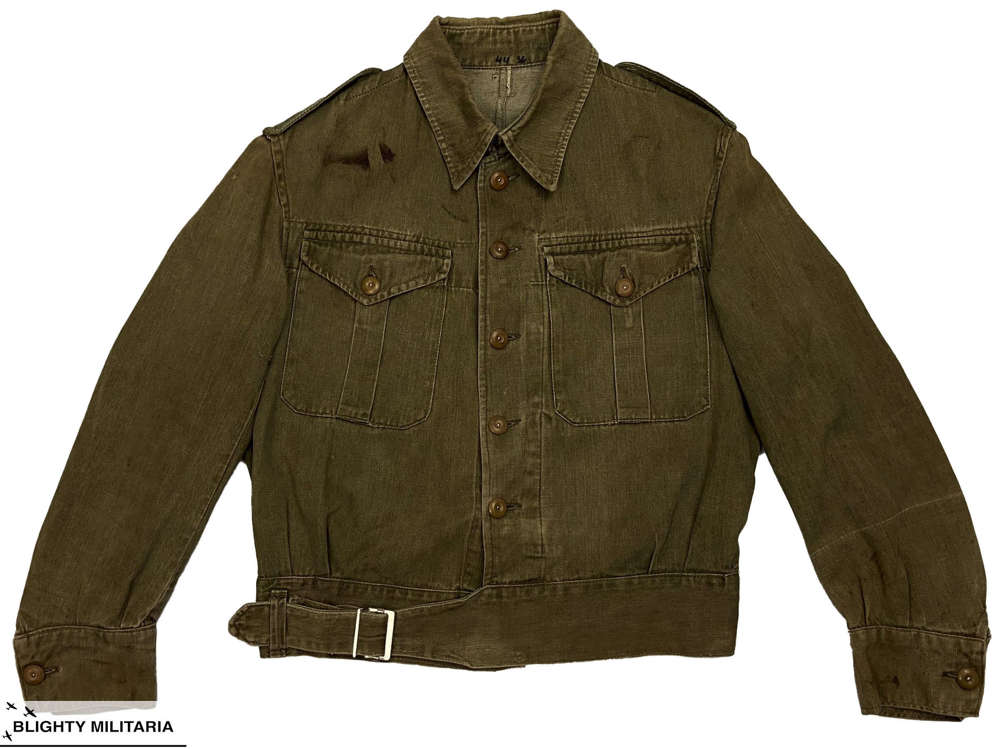 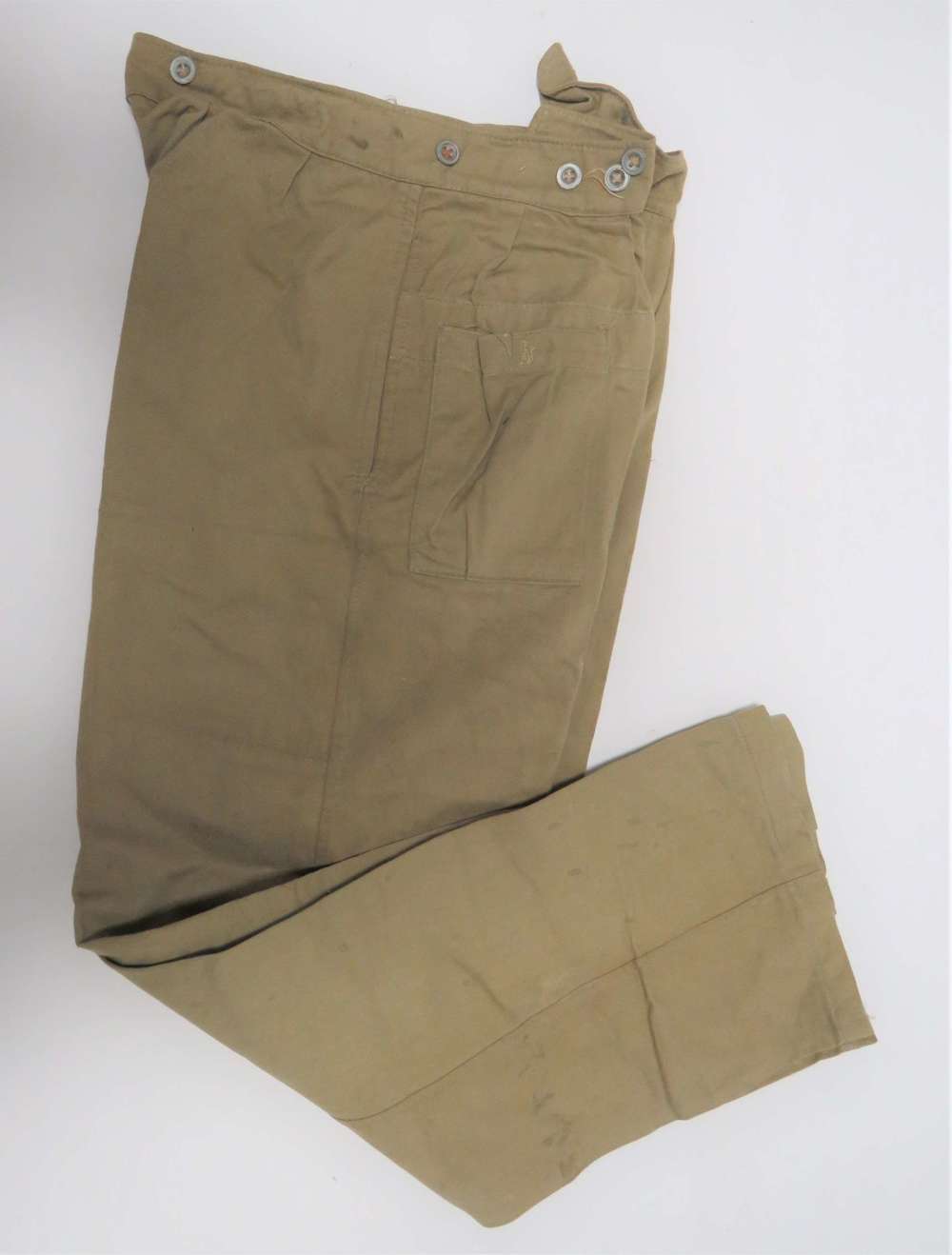