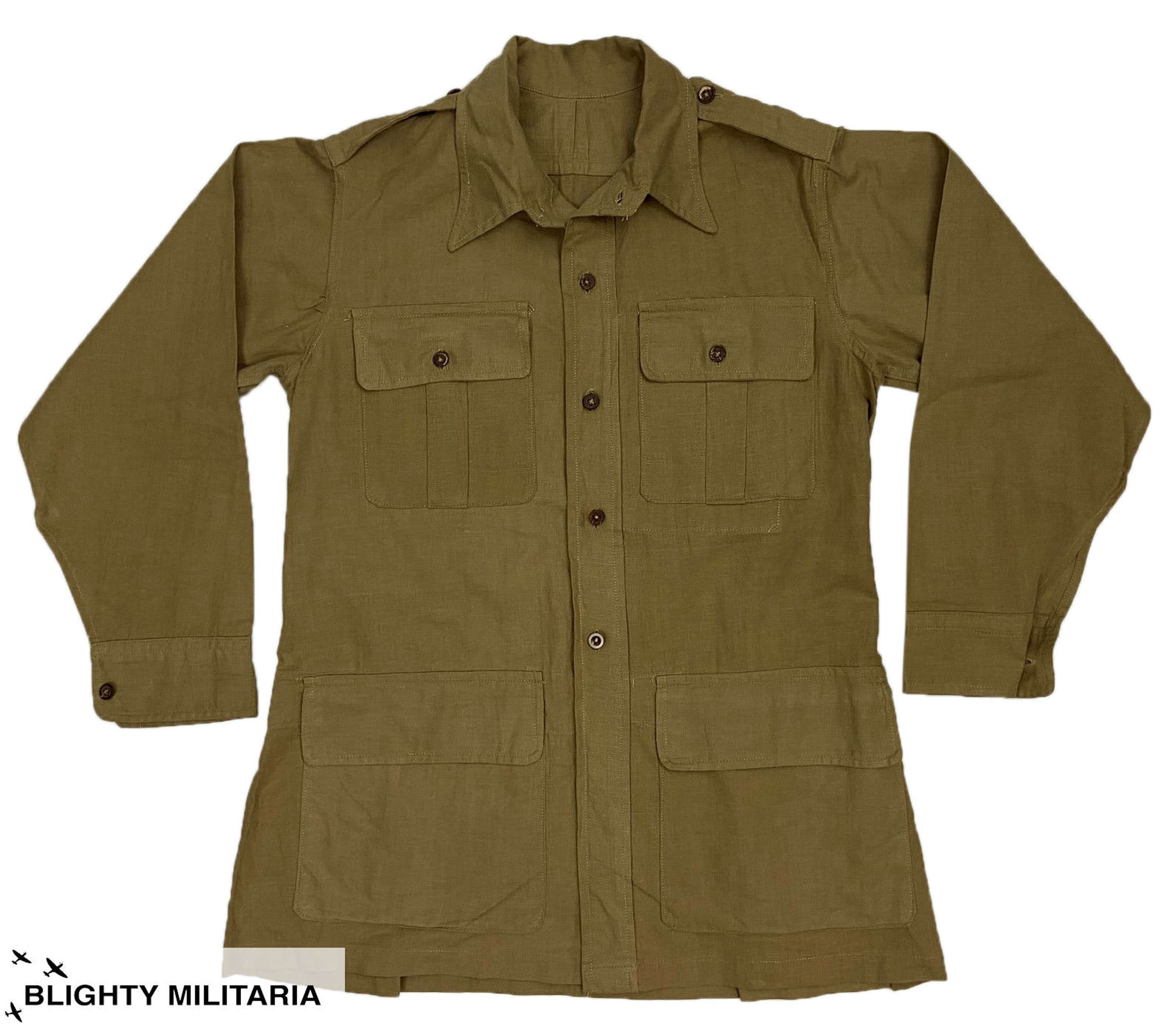 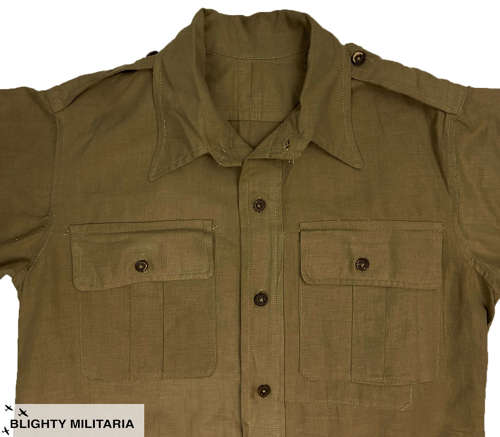 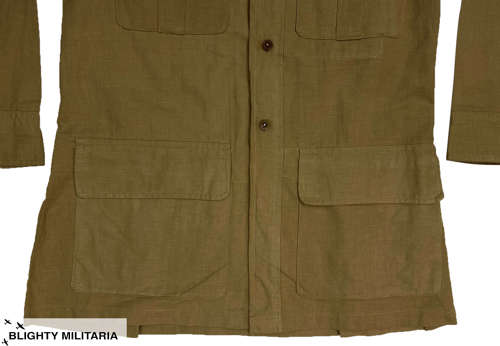 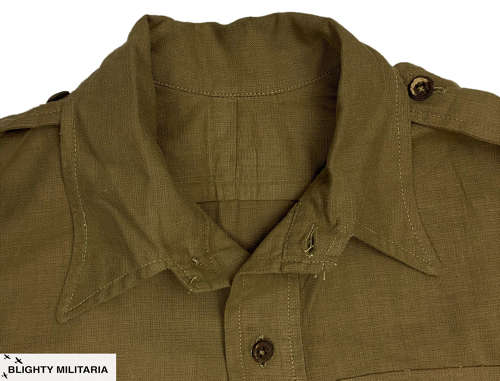 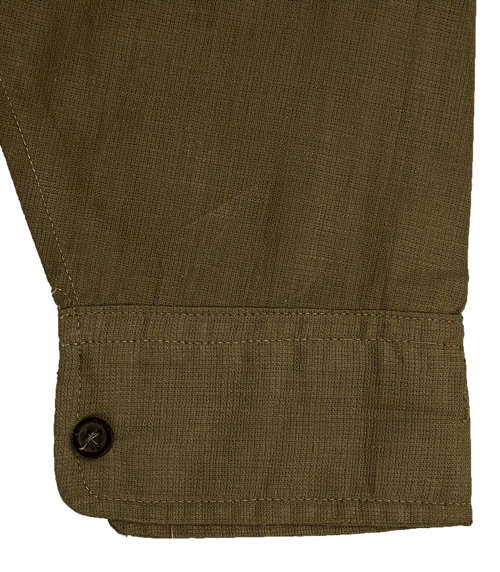 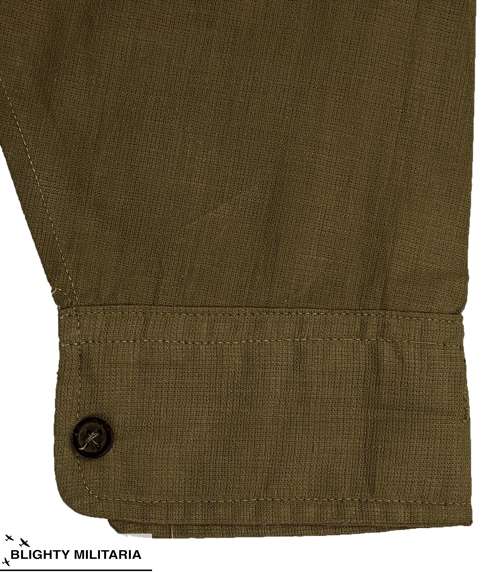 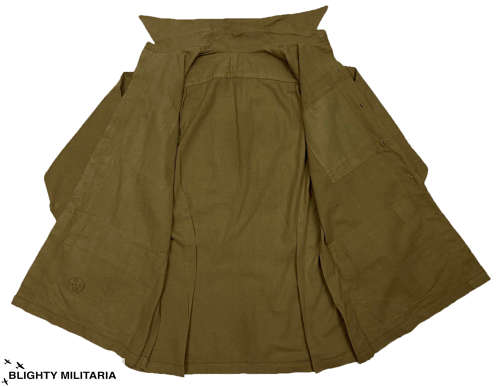 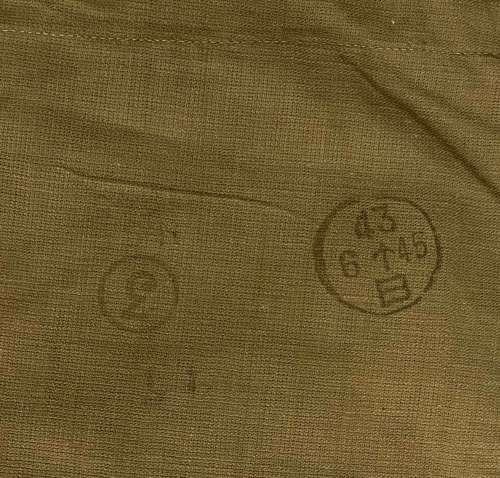 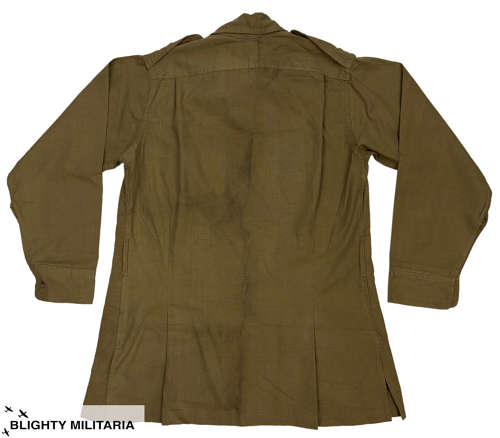 An original Indian made British Khaki Drill Airtex Bush Shirt as worn during the Second World War by the British Army, Royal Navy, Royal Air Force and many more.

This tunic belonged to Donald Woodmouth Clarkson 1115089 who joined the RAF between september 1939 and February 1940. He served throughout the Second World War and saw service overseas in the Far East.

This pattern of jacket came into use around 1942 with British Forces and saw continued use through to the end of WW2. It is made from cellular cotton, often referred to as 'Aertex', which is a lightweight, breathable fabric which is ideally suited to the tropics. They saw widespread issue in the Middle East, Far East and Italian Campaigns.

The jacket features a fully buttoning front, buttoning chest pockets and lower flapped pockets. Epaulettes are fitted to the shoulders and button cuffs can be found at the end of each sleeve. All the original coconut husk buttons are still present aside from the lowest front button which has been replaced with a period example.

Inside the jacket the original manufacturer's stamp is present and bears the date of July1945. There is another stamp which bears the numeral '3' and most likely relates to size.

The jacket is a medium size which will fit around a 38-39" chest depending on desired fit. When laid flat it measures -

The jacket is in sound wearable condition as can be seen in the pictures. It only shows limited signs of wear and displays well. Please study the pictures before purchasing and bear in mind that this is a pre-owned, vintage item which may have small issues commensurate with age.

Altogether this is a good example with a nice clear wartime date. It would make a great addition to any WW2 collection! 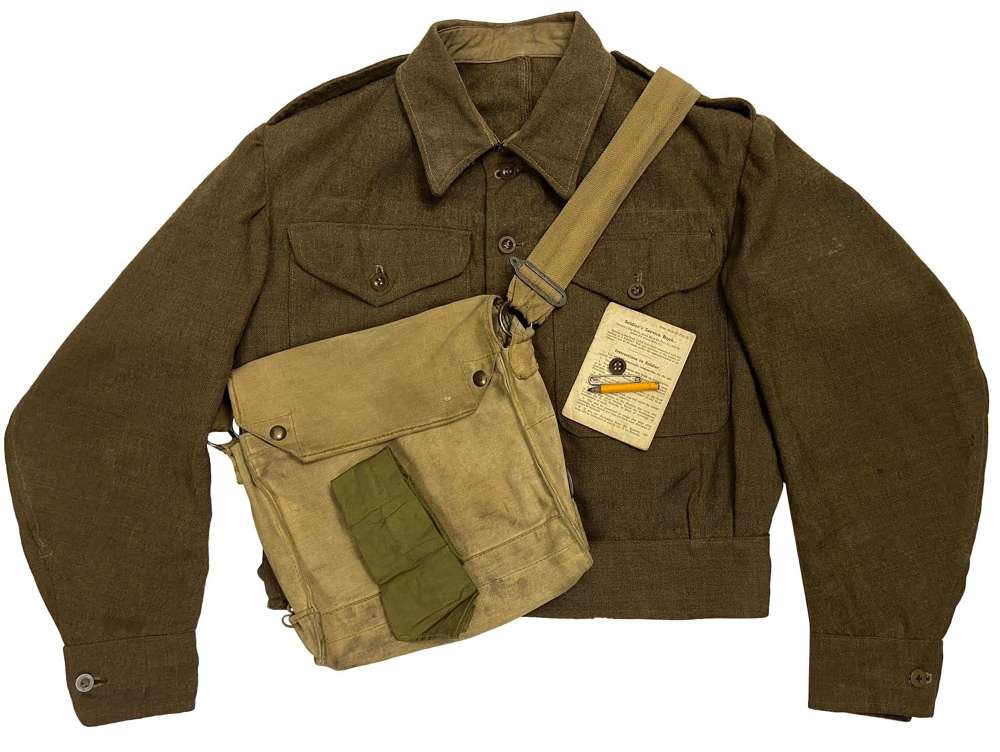 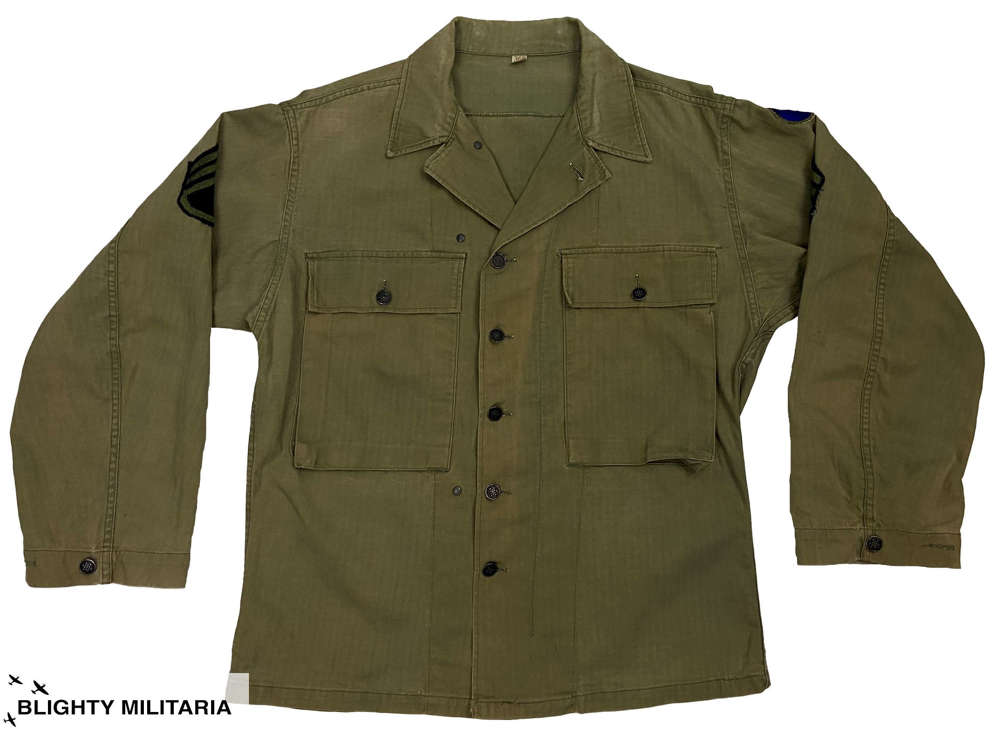 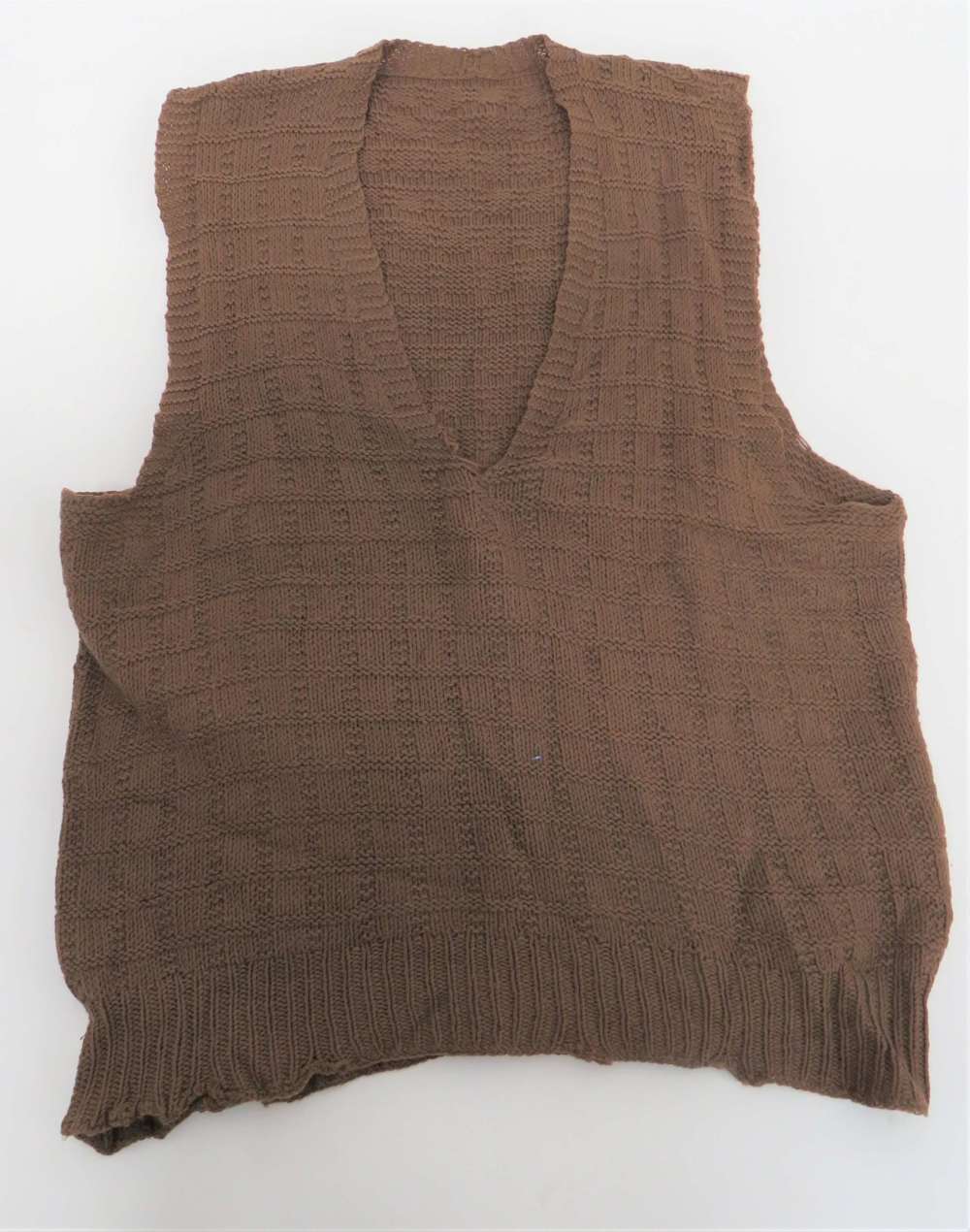 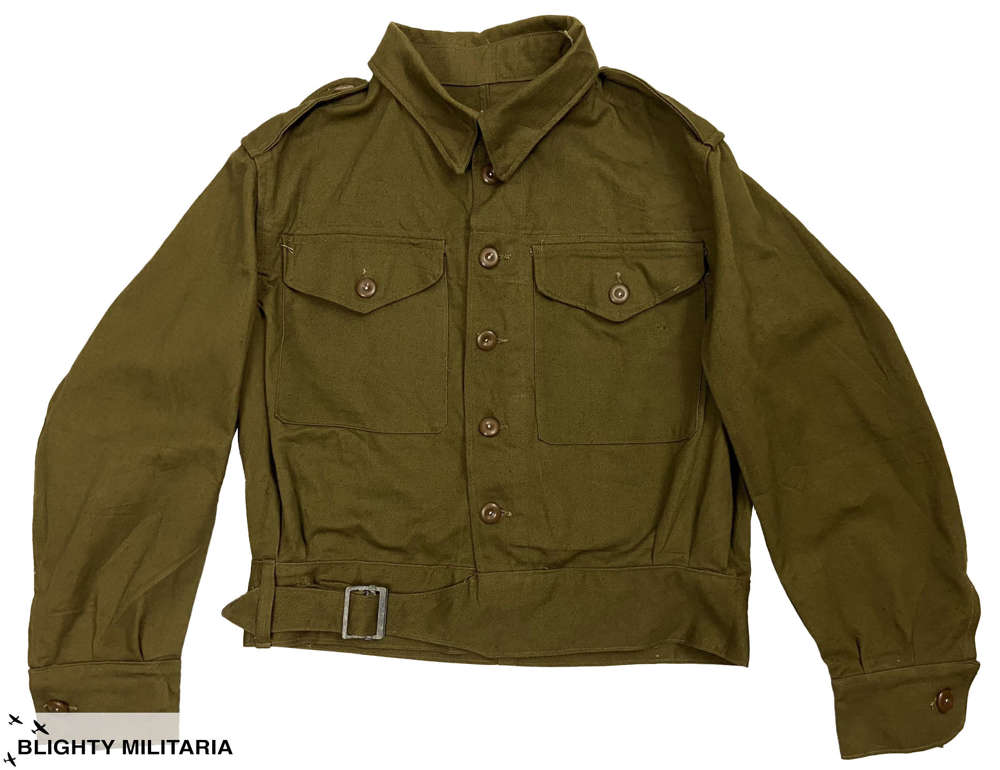