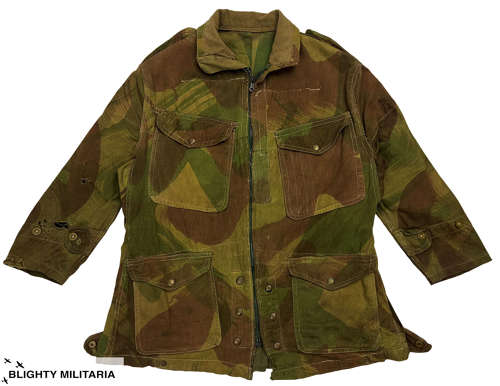 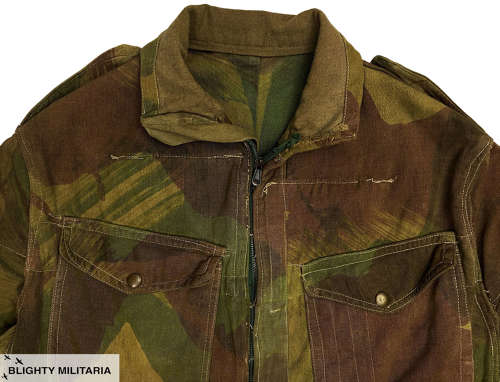 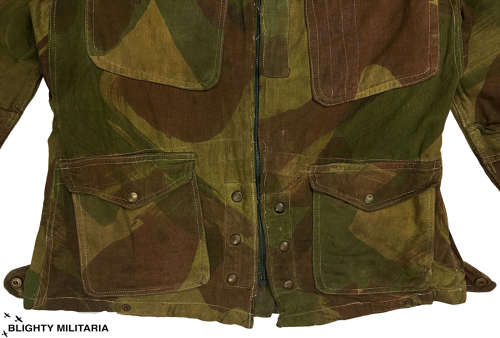 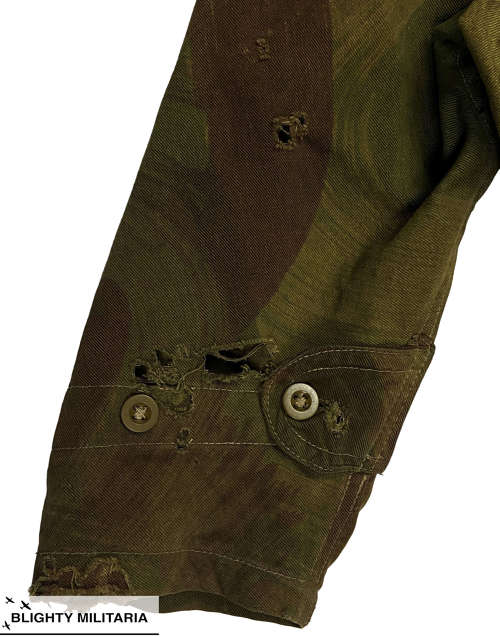 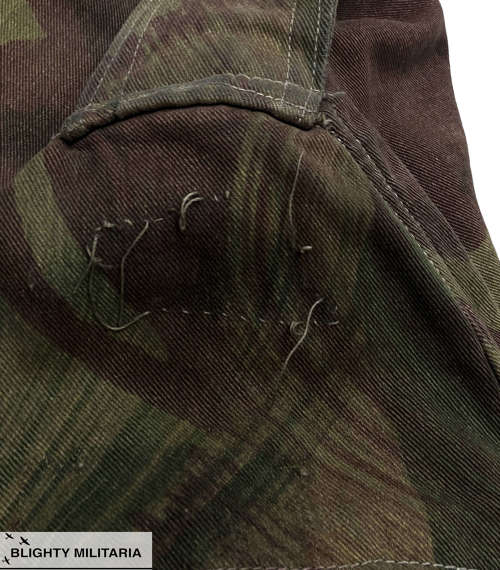 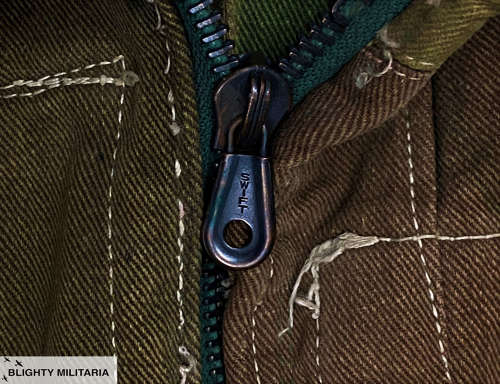 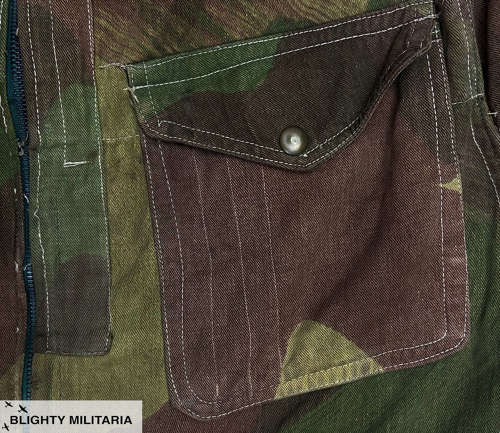 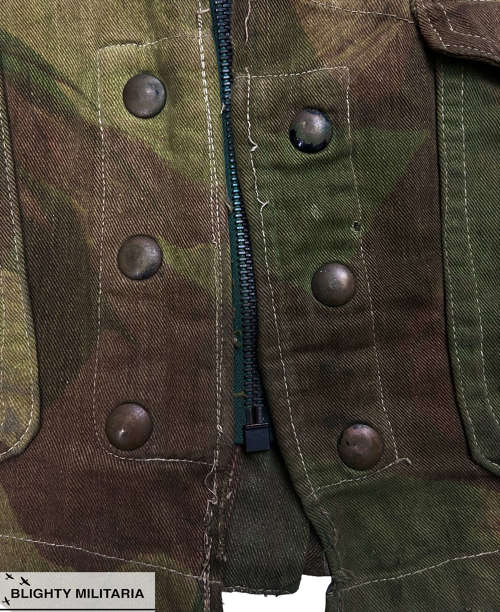 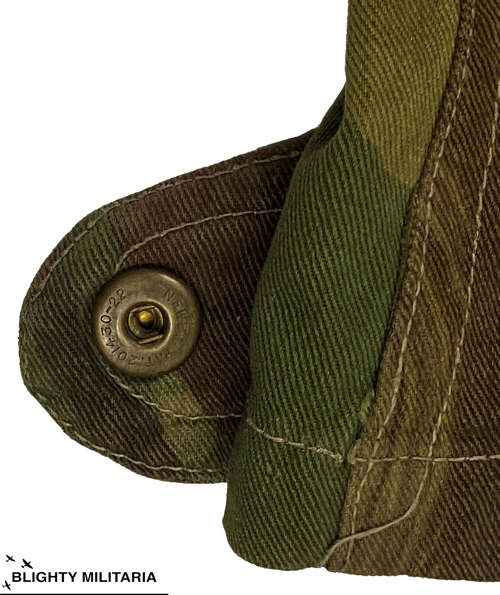 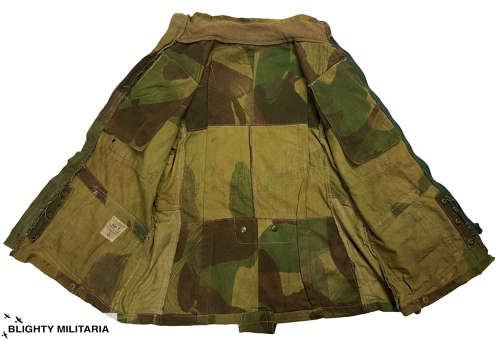 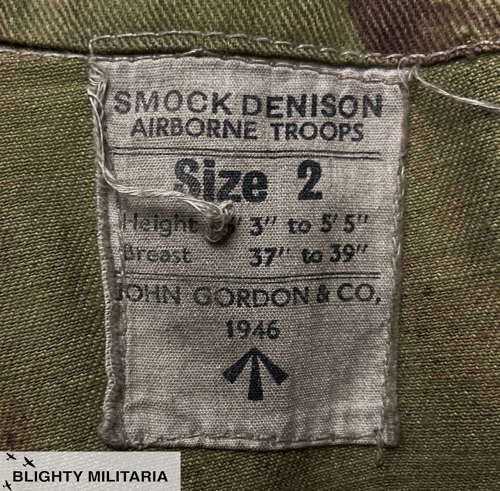 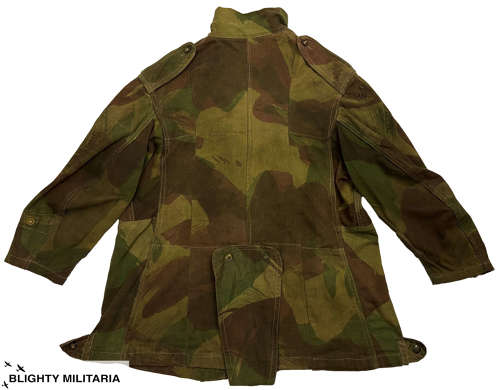 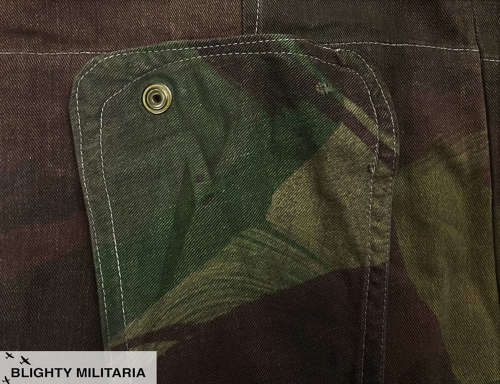 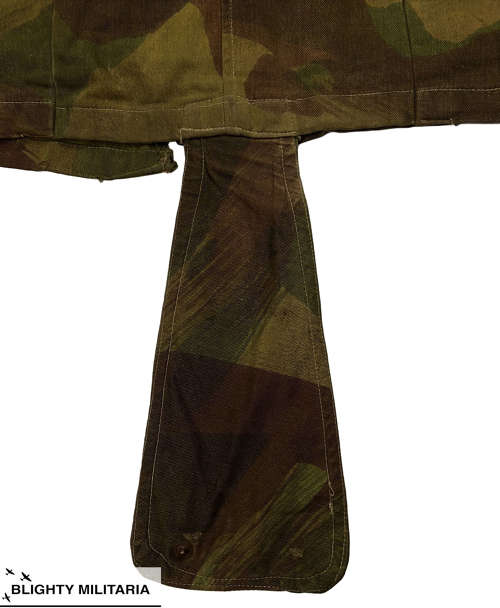 An original 1946 Dated British Denison Smock made by John Gordon & Co which belonged to a private of the King's Shropshire Light Infantry who served in Korea.

H J Trussler 22439632, better known as John, was a private of the KSLI  whilst on National Service in the early 1950s. He went out to Korea with the regiment and fought there during 1952. After National Service John joined the TA and served for a number of years with the Queen's Royal Rifles.

The smock is a second pattern example which is identical to WW2 manufacture. It features a screen printed camouflage pattern with a sand coloured background and reddish-brown and green brushstroke pattern. It features a button and tab detail at the cuff and the inside of the collar is lined with a khaki green coloured wool shirting material. The original fishtail is also still present which is excellent as they were often cut off. There are also two small tabs to each side which fasten with press studs and six more press studs to the front which the fishtail can be attached to.

The original owner has heavily modified the smock. The most obvious modification is the addition of a full length zip, replacing the half front design it would have originally had. This is a common mod and is clearly a period alteration. The zip is a 'Swift' branded example with teardrop shaped puller which is typically found on British military clothing produced in the 1950s. The left chest pocket has also been modified with lines of stitching so that pens and pencils can be held securely. The rear of the smock has also been tailored to make it more fitted which is again a reasonably common thing to find. There is also evidence of where a badge has been fitted to the upper portion of the right sleeve as illustrated in picture 5.

Inside the smock the original label is still present and is bright and legible. It bears the title of 'Smock Denison Airborne Troops' below which is the size of 2. The maker's name of John Gordon & Co' is also present, as is the 1946 date and the War Department broad arrow.

The smock is in well worn condition but is not washed out with the camouflage colours still being strong and vibrant. There is damage to the right sleeve as illustrated in picture 4 and one of the press studs which secures the fish tail to the of the smock is missing. Overall it displays well but please take time to study the pictures as there are some flaws.

A great looking smock with some fantastic modifications and personalisations!