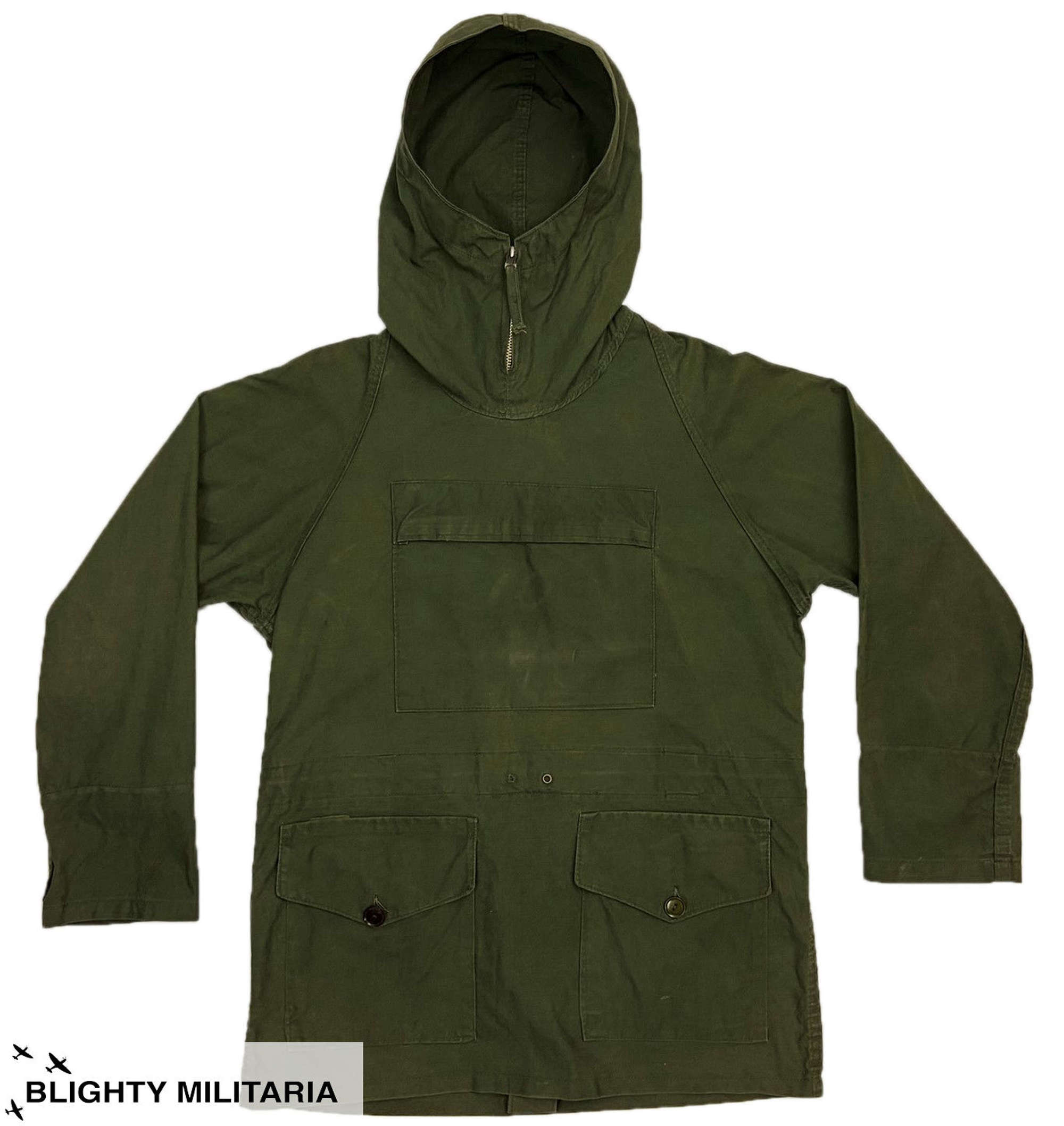 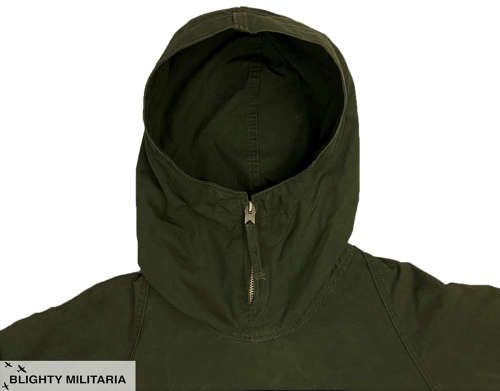 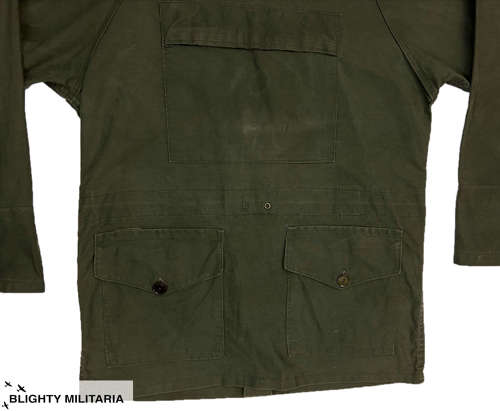 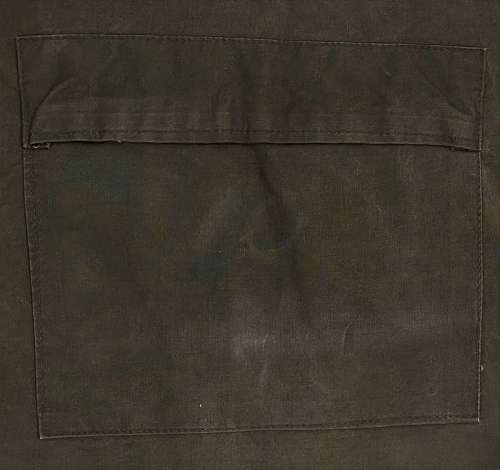 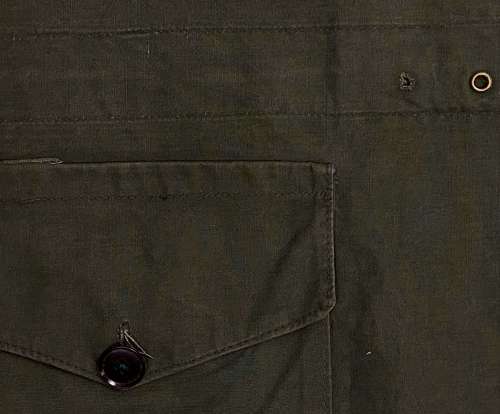 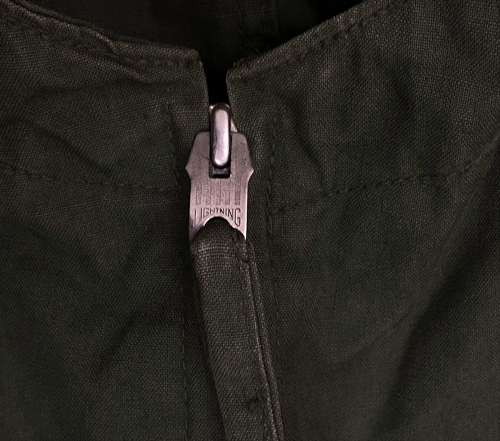 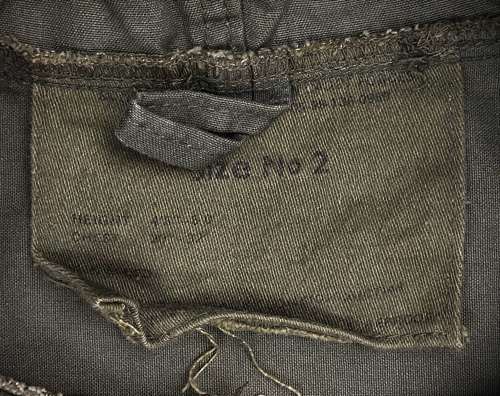 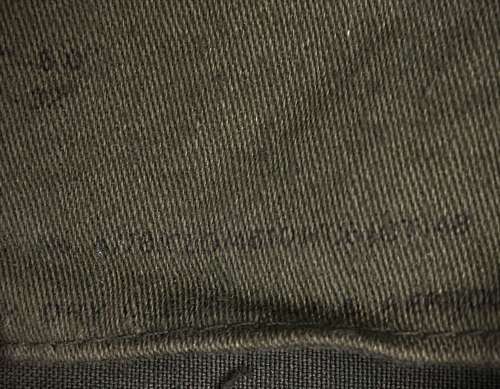 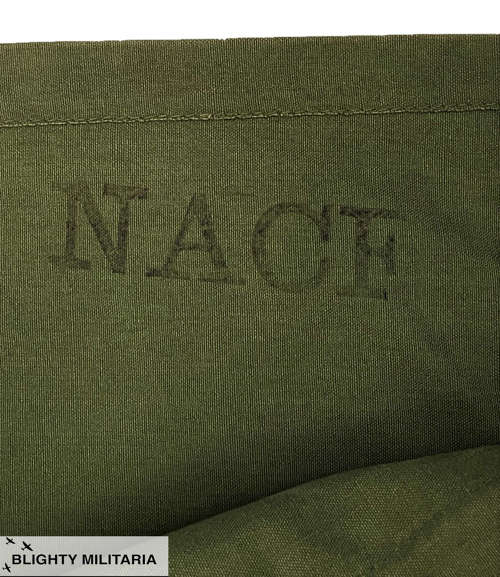 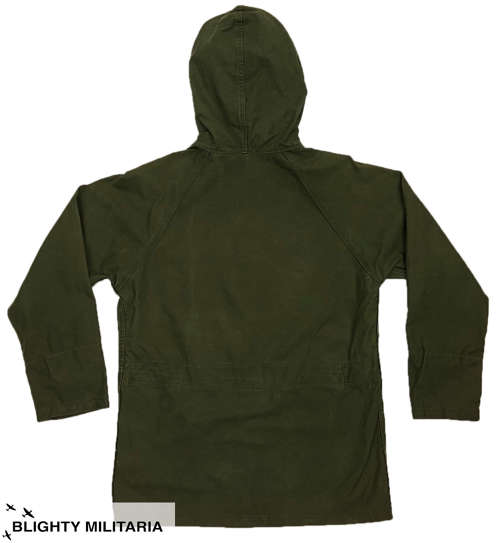 An original British Army Windproof Cadet Smock in a size 2, dating from the 1970s.

Officially designated 'Smock Windproof Green Cadet Forces (AD)', these smocks were based on the Blacks standard anorak and saw extensive use throughout the 1970s and 1980s. Made from a green coloured, tight weave cotton; this smock features a large pocket to the centre of the chest which seals with velcro and two lower patch pockets which fasten with buttons. The hood features a short 'Lightning' branded zipper which features an early style puller. The drawstring has been removed from the waist and the original fishtail strap is still present to the interior.

Inside the smock the original label is still present. It bears the size of 2 as well as the A/78 contract number which dates the smock to the 1970s.

When laid flat the smock measures -

The overall condition of the smock is good with some signs of wear and use. One of the eyelets is missing to the waist and the pocket buttons are period replacements. Overall it is very wearable but please take time to study the pictures and bear in mind that this is a vintage, pre-worn item.

A good example of this pattern of smock which are quickly becoming very sought-after! 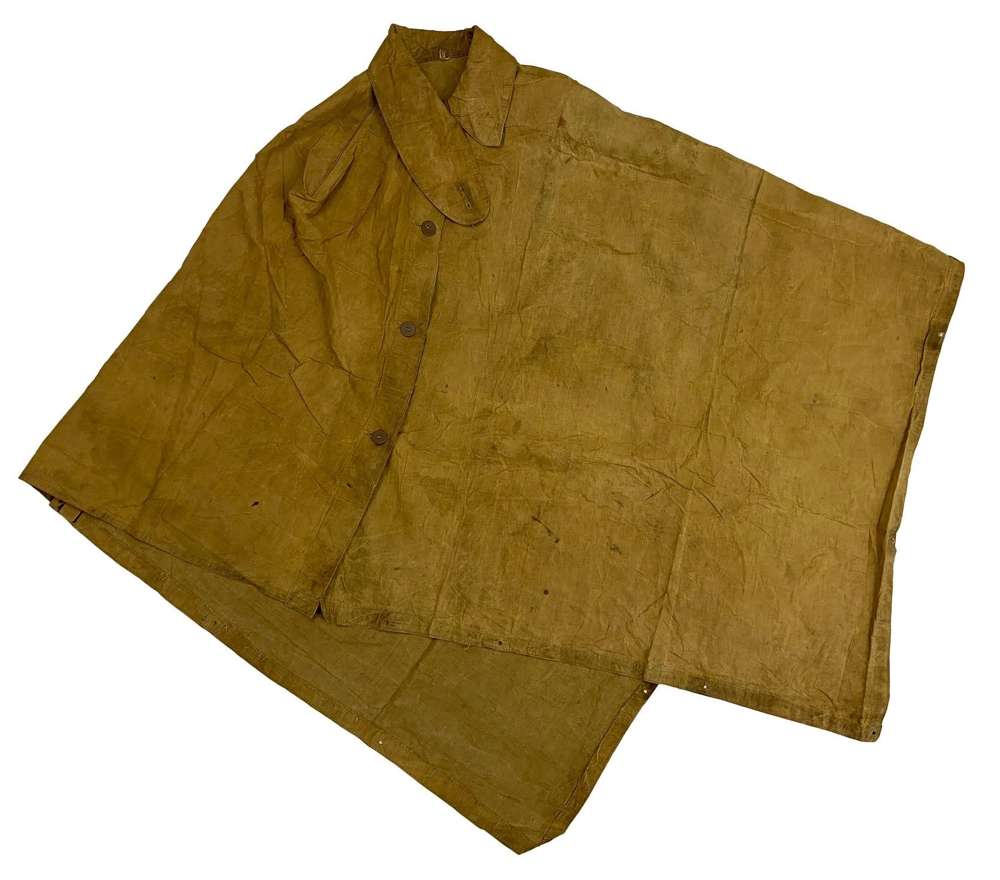 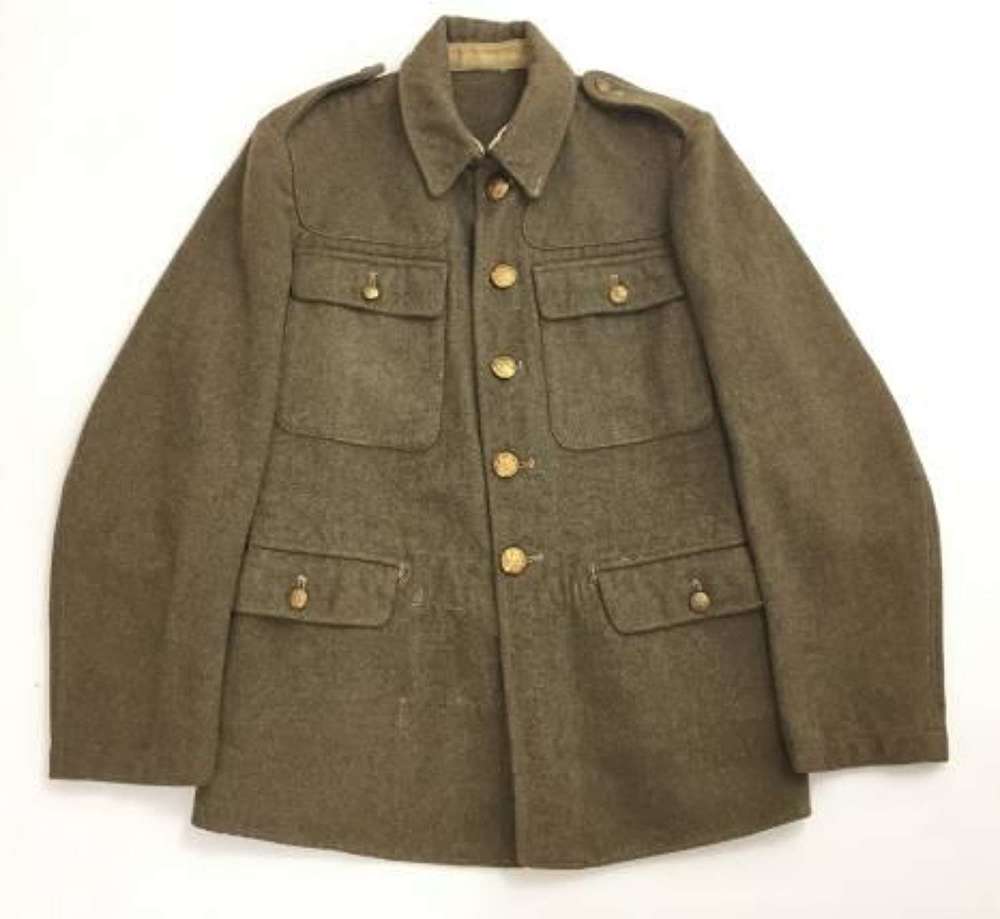 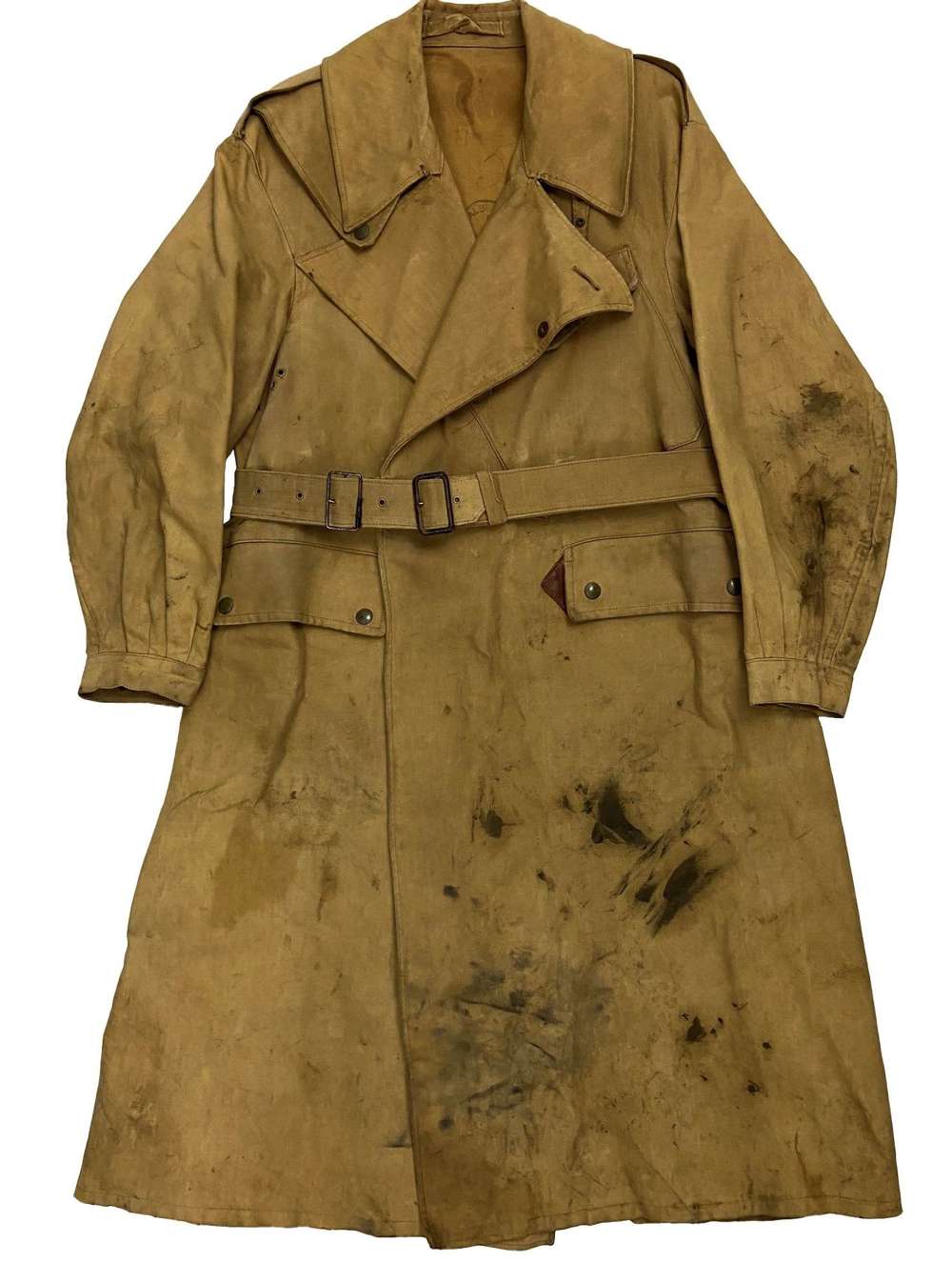 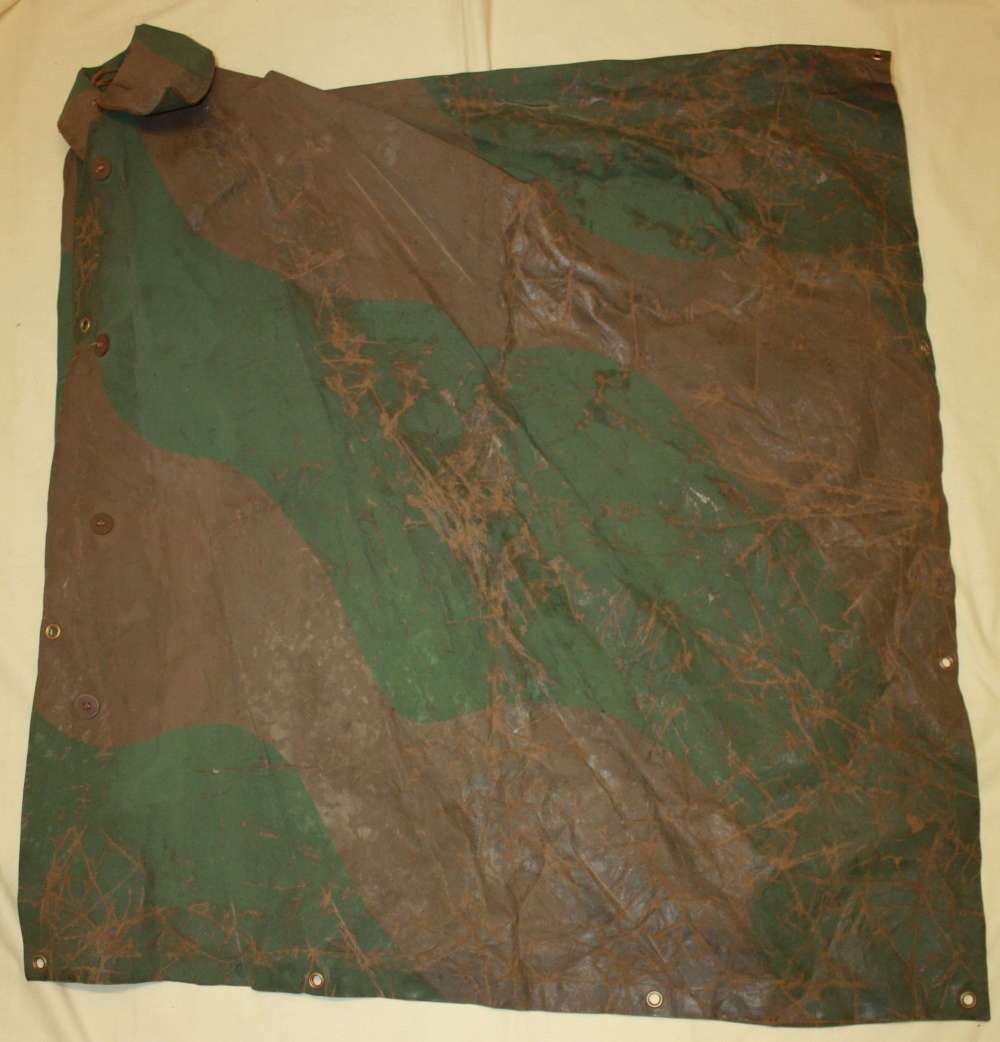