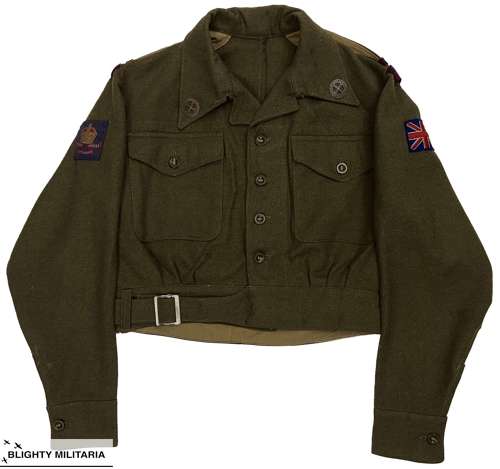 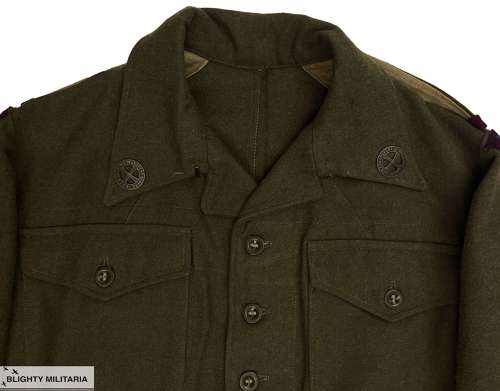 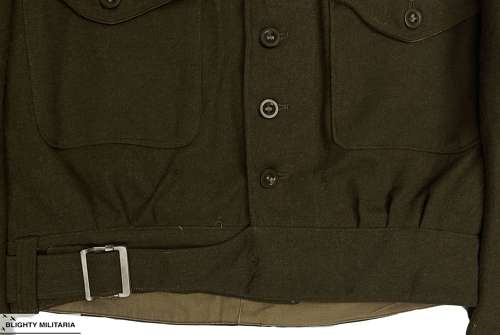 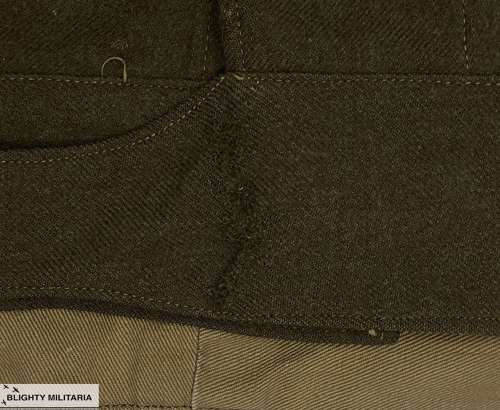 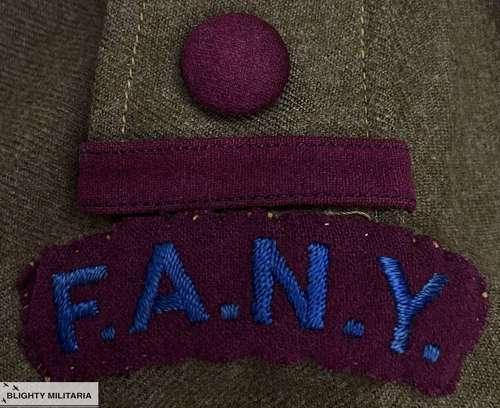 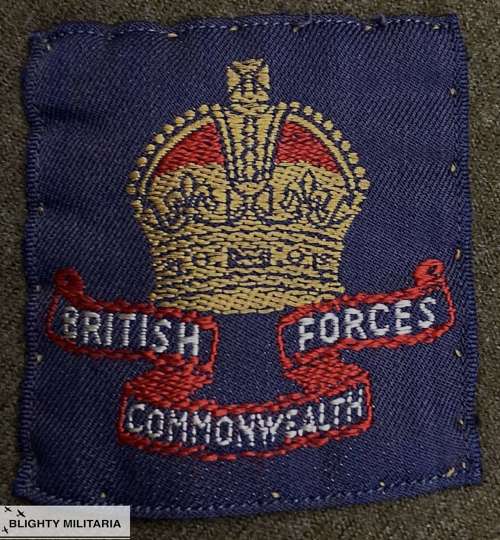 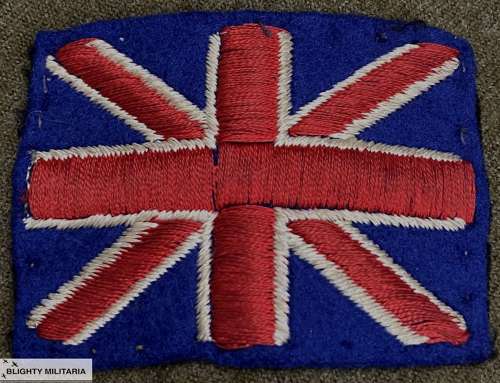 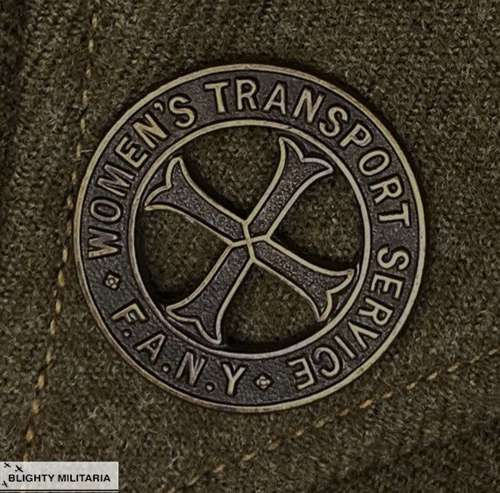 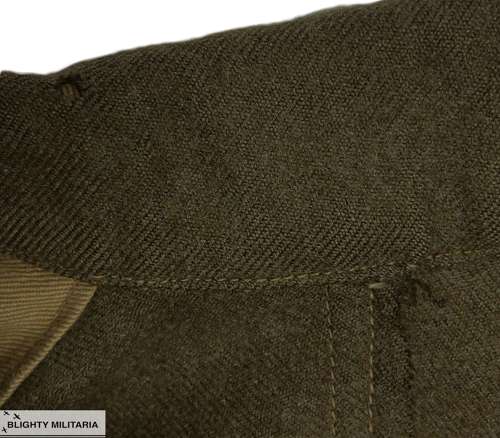 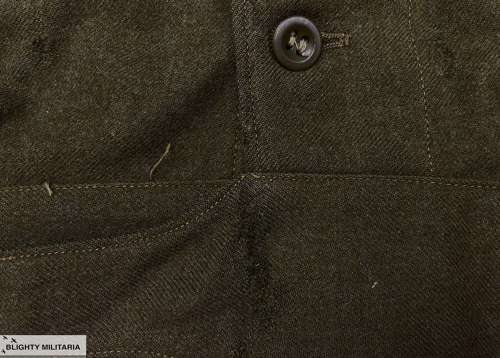 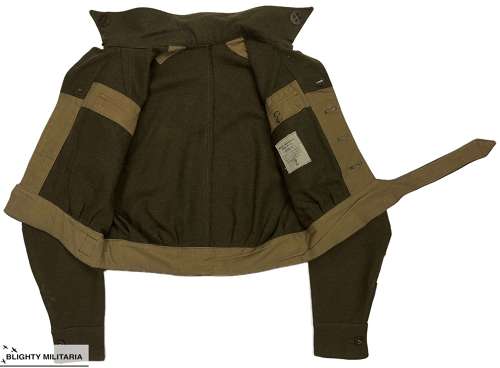 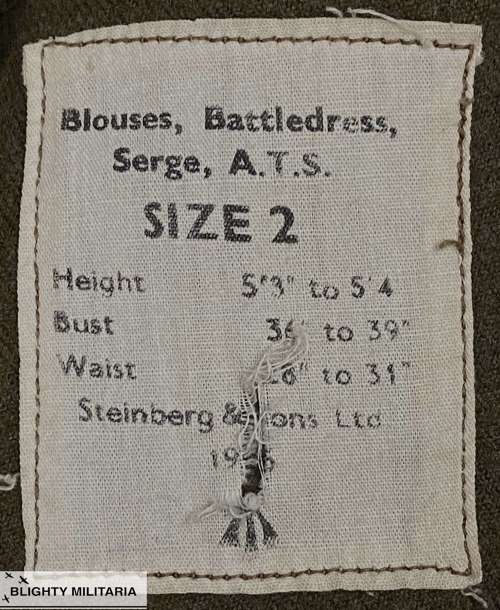 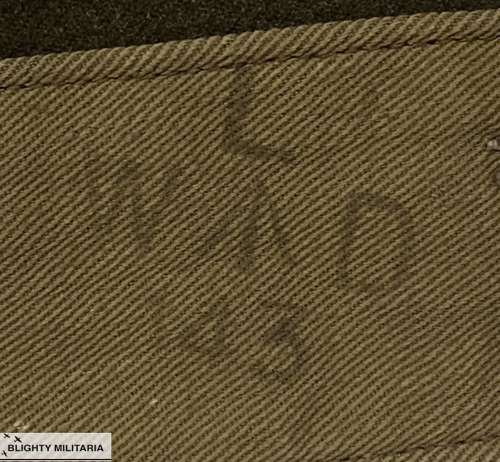 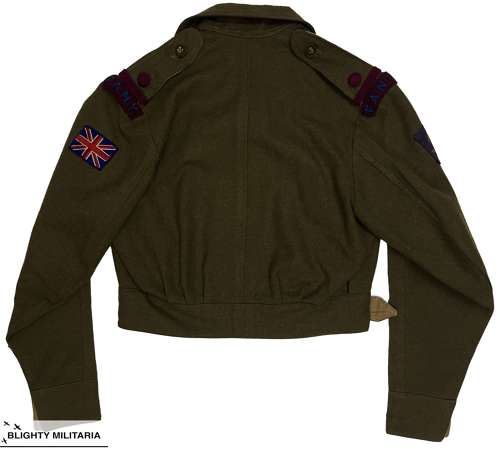 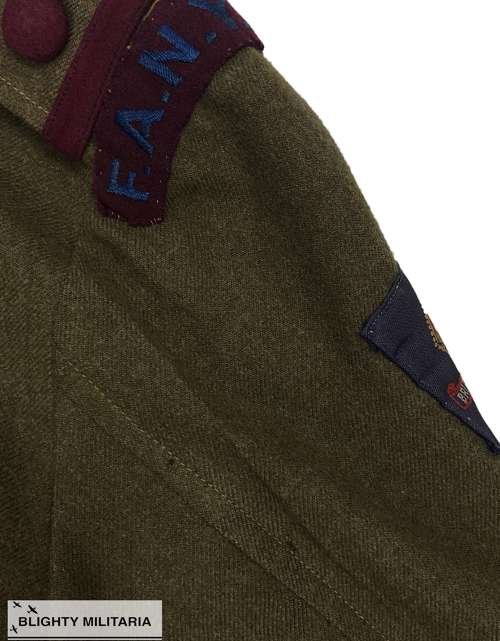 An original First Aid Nursing Yeomanry Battledress blouse which belonged to a Women’s Transport Section Cadet Ensign who served as part of the British Commonwealth Occupation Force in Japan at the immediate post-war period.

This jacket is a standard austerity pattern ATS blouse, as were usually issued to members of the F.A.N.Y. It is made from a khaki green coloured Barathea wool and features exposed buttons which are green vegetable ivory (plastic) examples. A chromium plated buckle is fitted at the waist, which is again typical of late war Battledress jackets.

The jacket comes complete with its original insignia which include the ‘F.A.N.Y’ shoulders titles usually seen on Battledress. Below this on the right sleeve is a British Commonwealth Occupation force badge which was introduced in March 1946 whilst on the left sleeve is an embroidered ‘Brindivison’ union flag. Cadet Ensign insignia is fitted to the epaulettes and J. R. Gaunt made officers bronze collar badges or fitted to the collar.

Inside the jacket the original label is still present and bears the title 'Blouses, Battledress, Serge, A.T.S' along with the size of 2. The War Department broad arrow marking is present and part of the date can be made out. There is also a War Department acceptance stamp which is surmounted by the letter 'L' which denotes 1945 or 1946 as the year of issue which ties in well with the insignia.

The jacket is in good condition for its age and displays well. It does have some flaws; namely a small hole to the collar (picture 9), wear to the waist belt (picture 4) and there are some very small moth holes including the two detailed in picture 15. One of the shoulder titles is also missing a section of stitching along the bottom. Overall however it is a clean, original example but please take time to study the pictures before purchasing.

A nice original women's jacket with all of its original insignia!