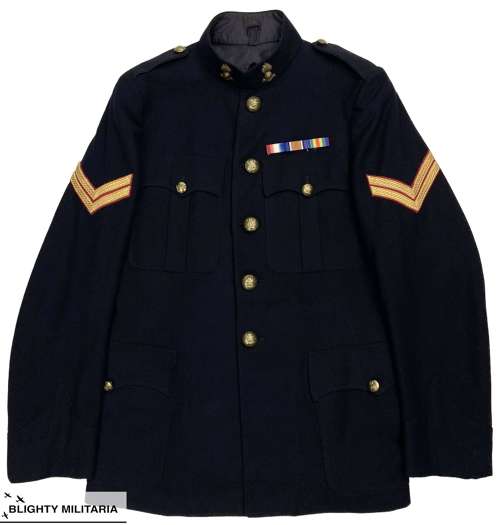 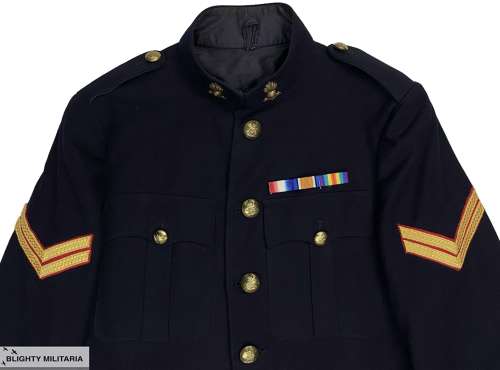 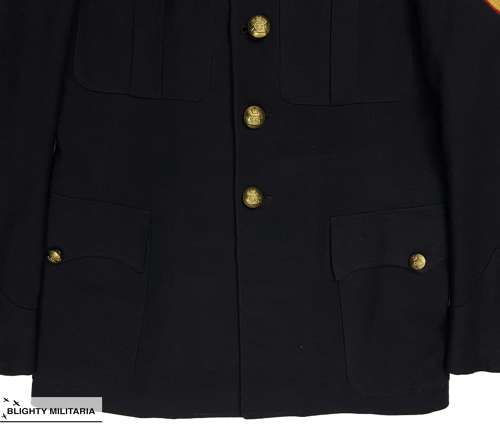 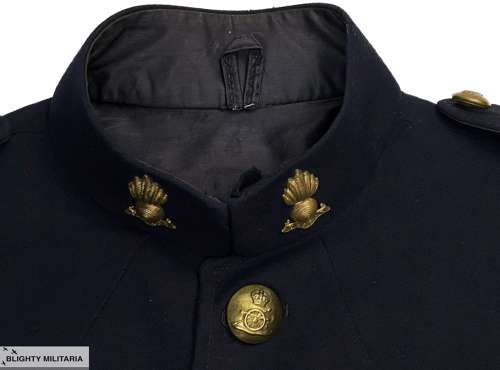 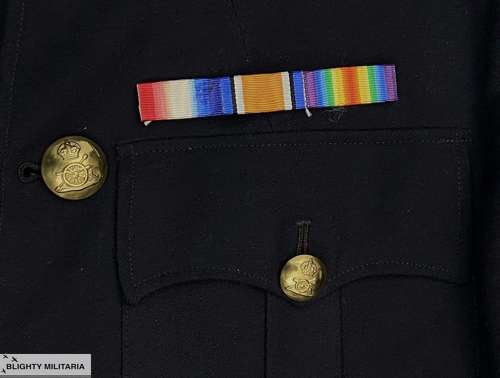 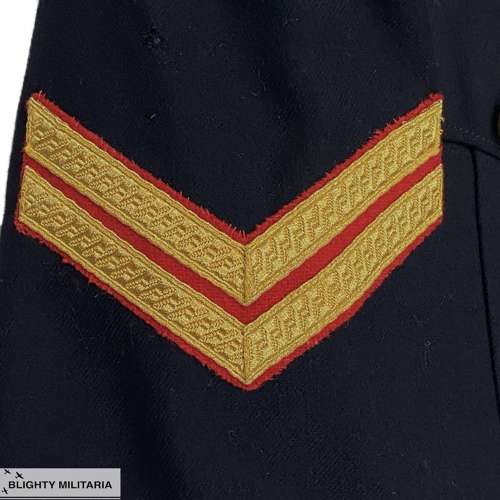 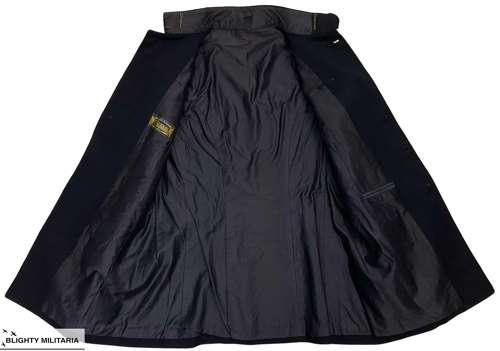 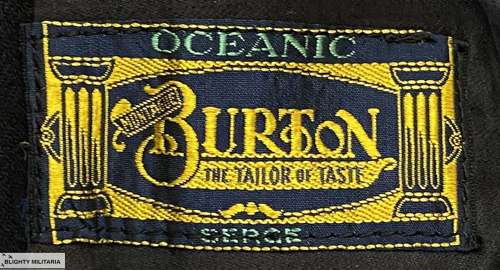 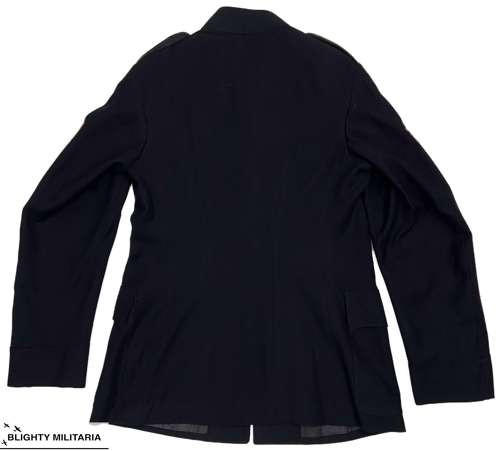 An original British Army No.2 Blues Dress tunic made by Burton during the late 1930s.

Officially designated 'Jacket, Serge, Blue, OR', this pattern of uniform was worn as a No.2 dress for dismounted regiments as a best dress for walking out and it would have been a common sight on a sunday during the 1930s. The jacket is made from a navy blue coloured wool barathea which is of a higher quality than the serge used for Service Dress and Battledress. It is fitted with Royal Artillery buttons throughout as well as collar badges and gold on red corporals stripes to each arm. The interior is fully lined and features a Montague Burton Oceanic Serge label which dates from the mid to late 1930s and is a fantastic addition to the tunic. The tunic is also fitted with three medal ribbons from the Great War, including the Mons Star which denotes that the original owner would have served in 1914 as well as later in the war. By the time he wore this tunic he would have been an 'old soldier' and would quite likely have gone on to serve at the beginning of the Second World War.

The jacket is in good condition and displays well with some limited signs of age and wear. There is a small hole above the stripe on the right sleeve but on the whole the tunic is in good condition. Please take time to study the pictures before purchasing and bear in mind that this is a vintage item which may have small flaws commensurate with age.

A nice original pre-war British Army tunic which belonged to a First World War veteran and has a great makers label.