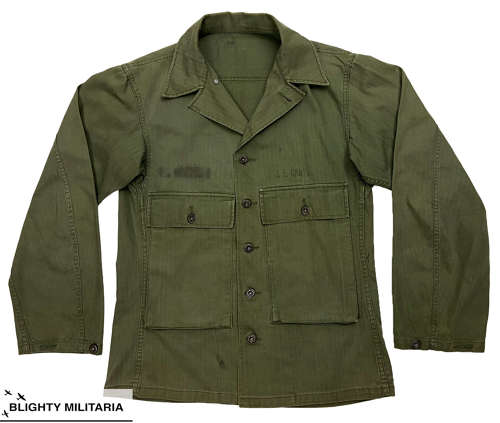 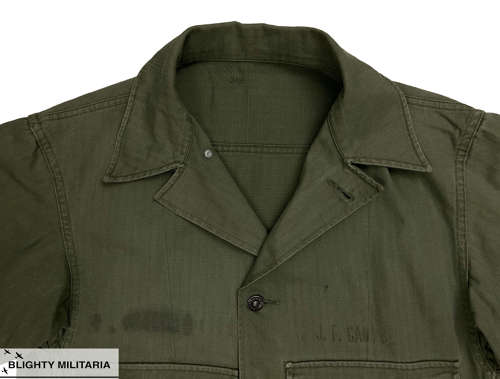 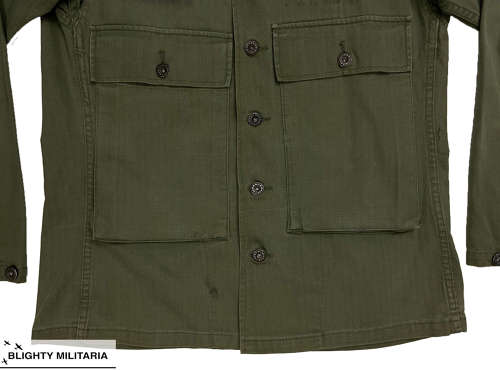 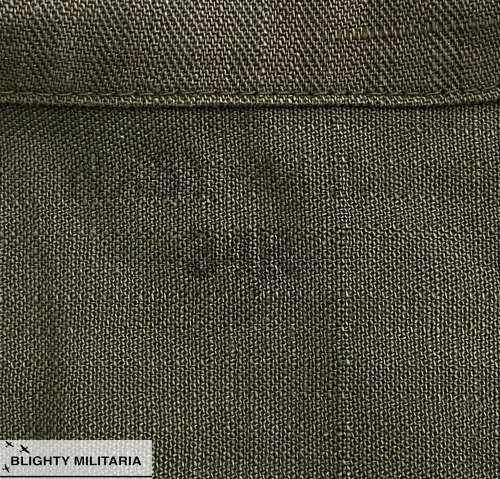 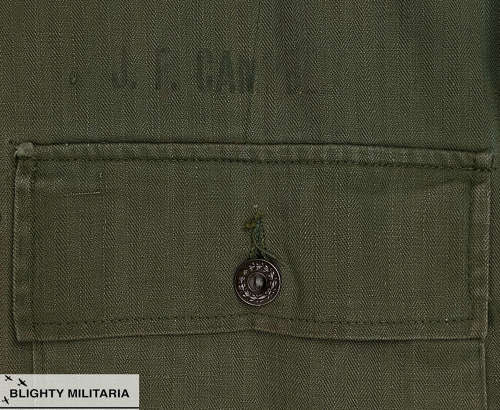 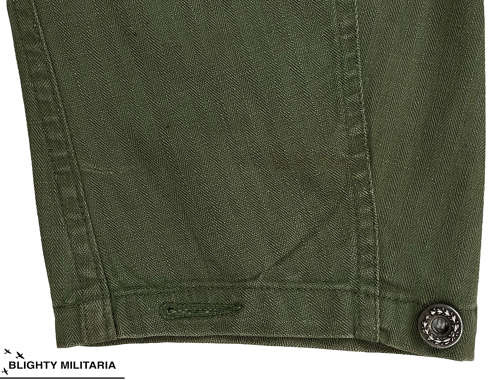 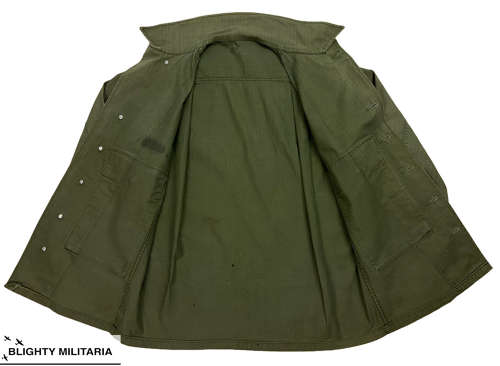 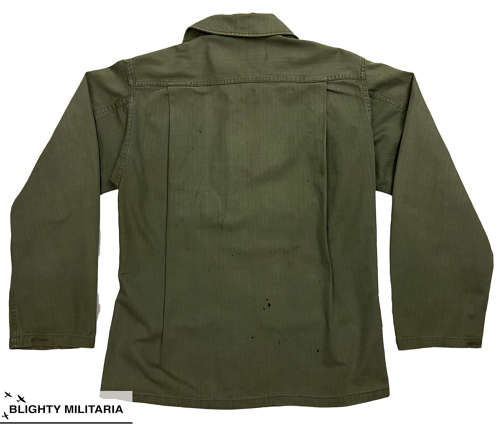 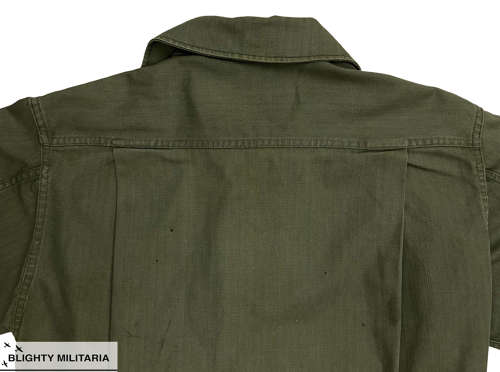 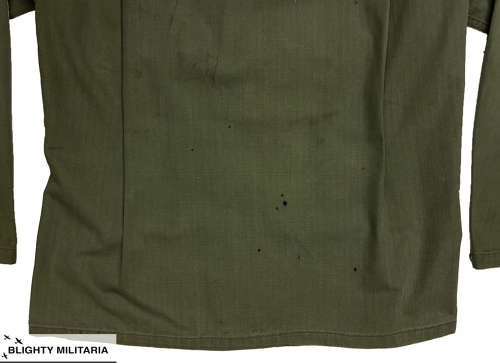 This pattern of jacket was produced for the US Navy during the Second World War and was used by units employed on the ground as well as combat units. They are noted as being worn by Seabees amongst others and are now a rare shirt to find today.

The shirt is made from the standard olive drab HBT cotton material used during the 1940s for American military workwear. It is similar to the US Army version but has longer chest pockets which are fitted approximately 3" lower which give the shirt its distinctive look. The shirt is fitted with naval pattern metal buttons and the cuffs are adjustable in the same way as they are on the army pattern. The original owner has had his name stencilled above the top left pocket which reads 'J. F. Campbell'.

Inside the jacket the original markings are still present and the naval NXSX code number can just be made out. Below this is the size of 34R although it will fit a 36" chest well too. When laid flat it measures -

The jacket is in good condition with some signs of wear and use. There is some staining and some marks but overall it displays very well and is still totally wearable. Please take time to study the pictures and bear in mind that it is a vintage, pre-owned item which may have small issues commensurate with age.

A rare piece of US military workwear with some great details!