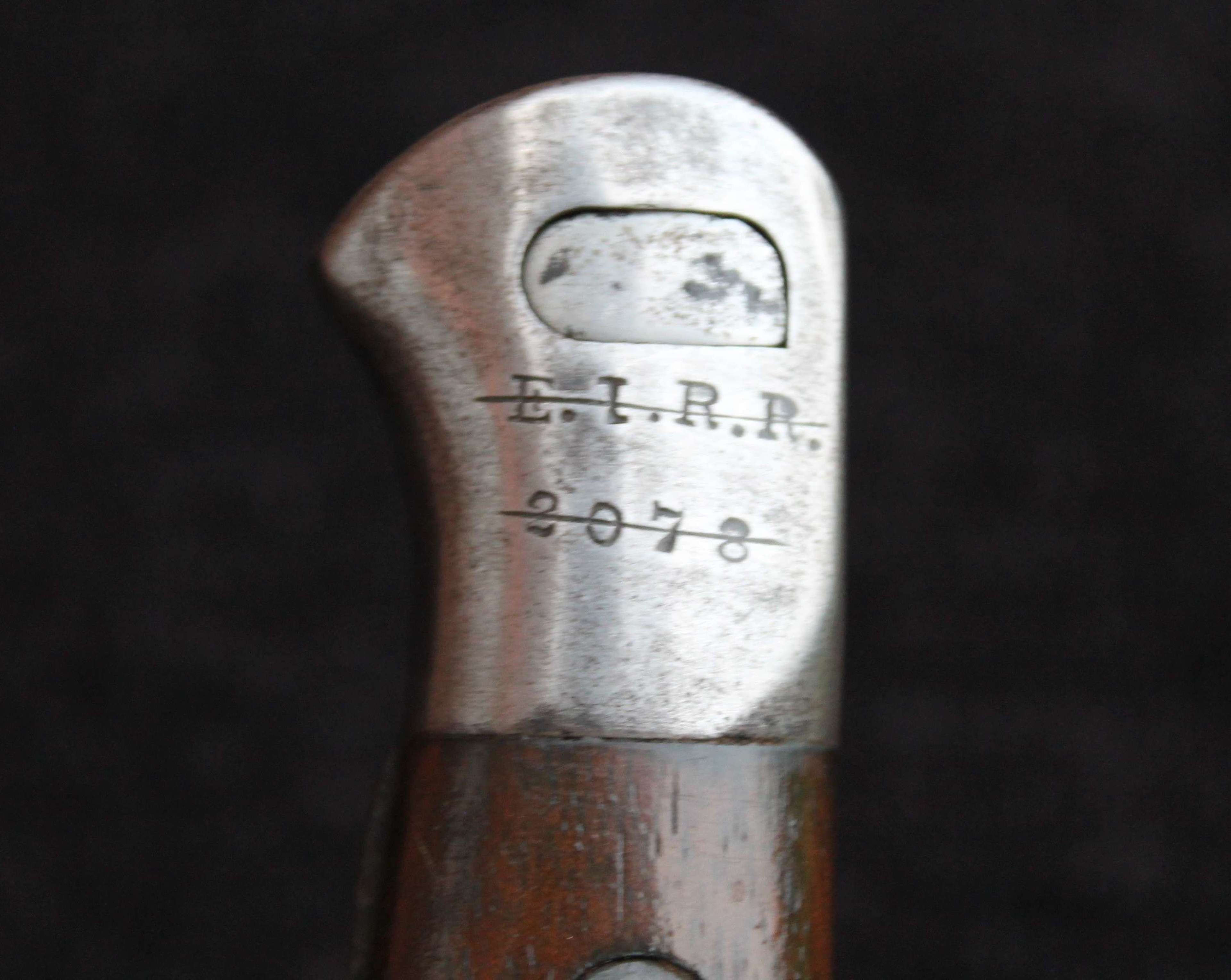 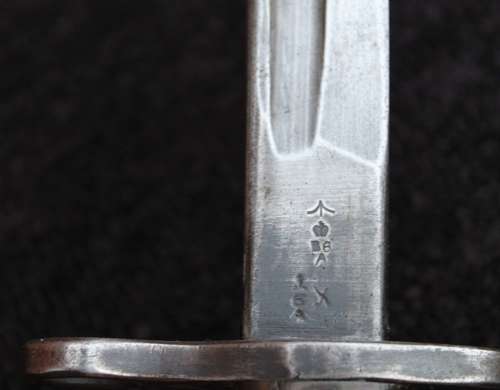 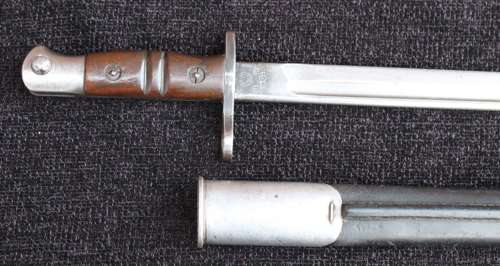 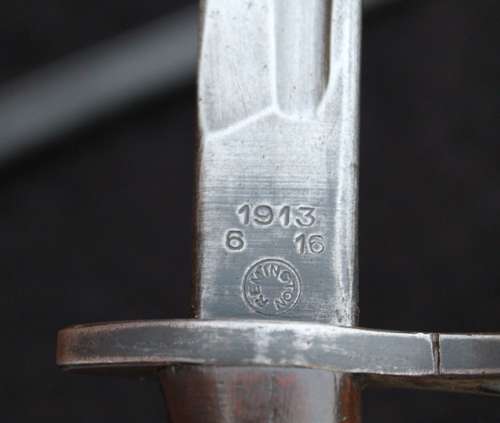 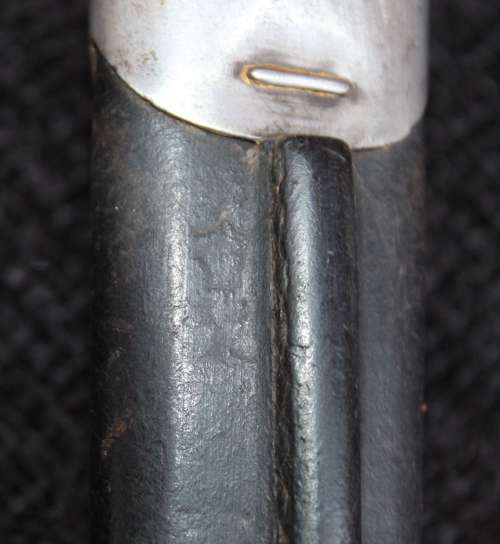 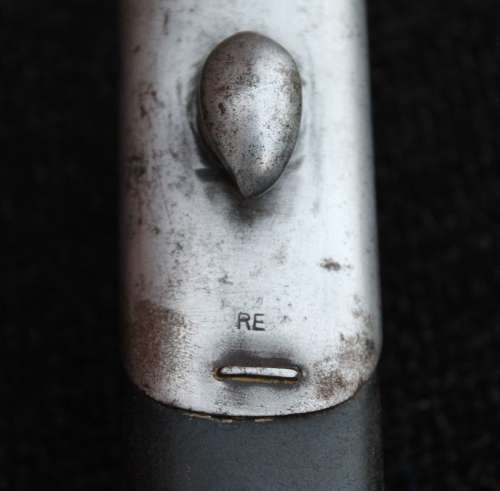 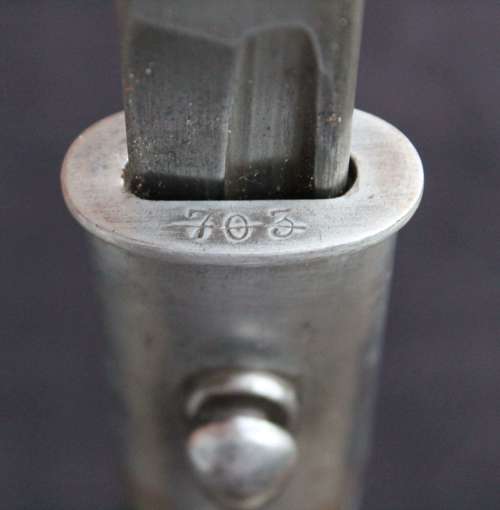 You don't see many unit marked examples of this bayonet. This example issued to the East Indian Railway Volunteer Rifles. The pommel markings "E.I.R.R. 2078" are crossed through with a single line.

This is the American made version for the British Enfield P14.

This bayonet is in very good untouched condition, It could do with a gentle clean. The blade is in particuarly good condition, with undamaged edge and point.

Marked with the model year "1913" at the ricasso, along with the makers stamp Remington.

Also marked US, with Broad arrow, and carries an X to denote that it has passed the bend test. Issue date of June 1916. 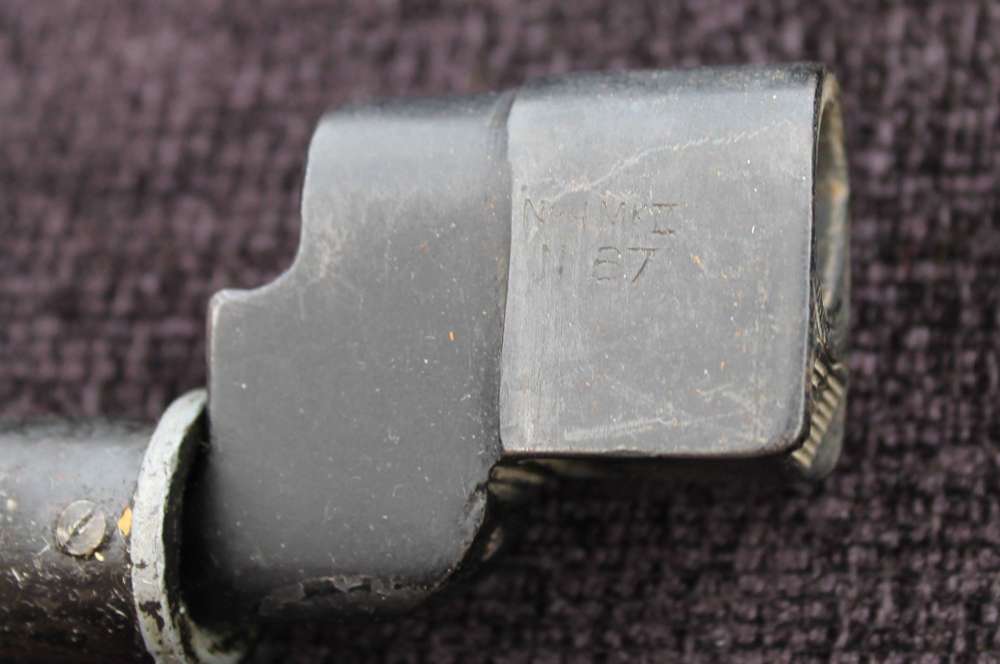