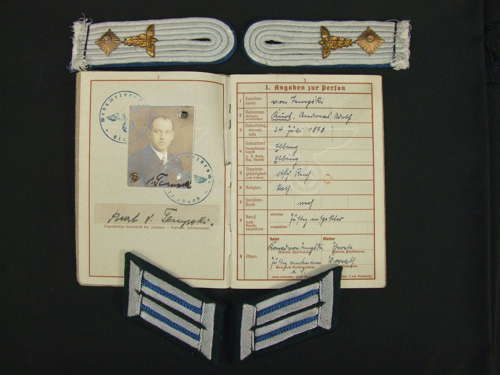 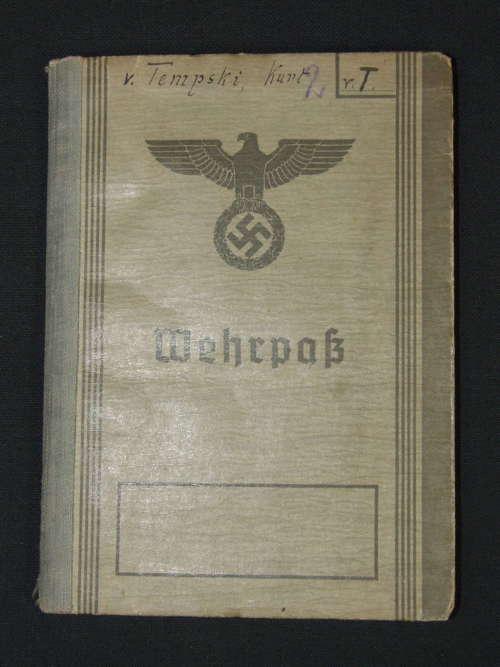 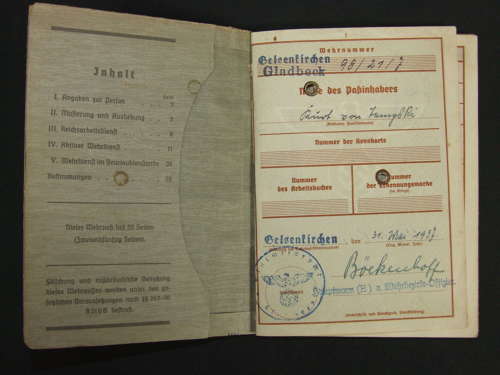 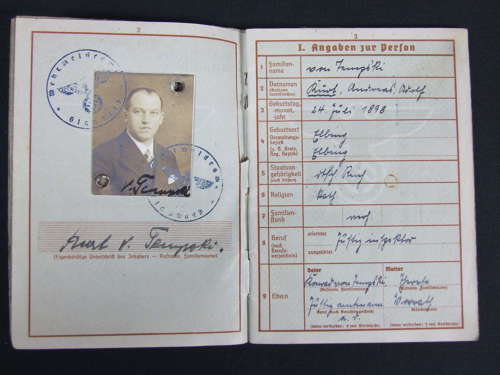 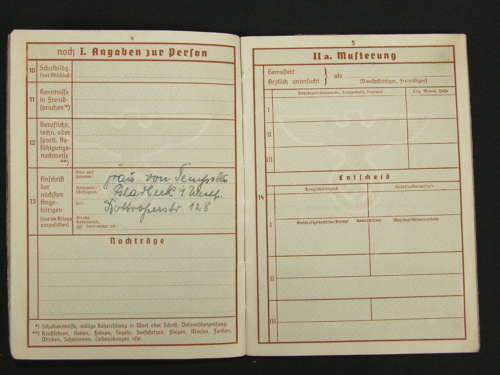 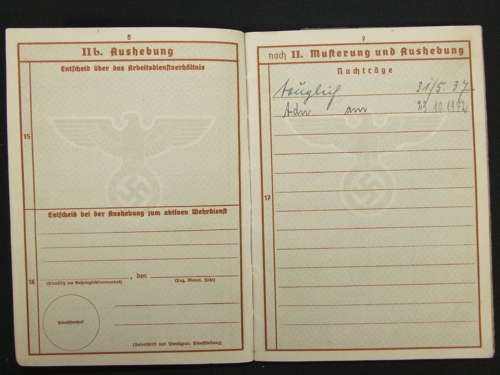 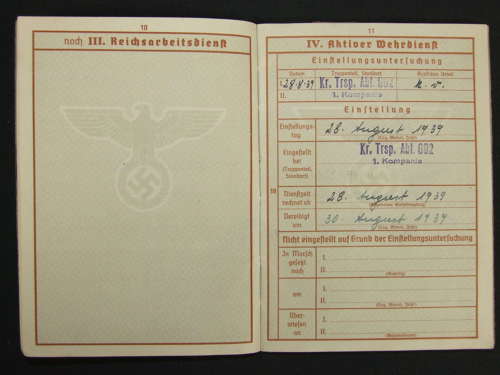 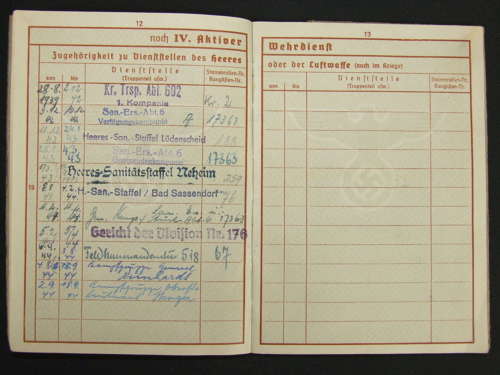 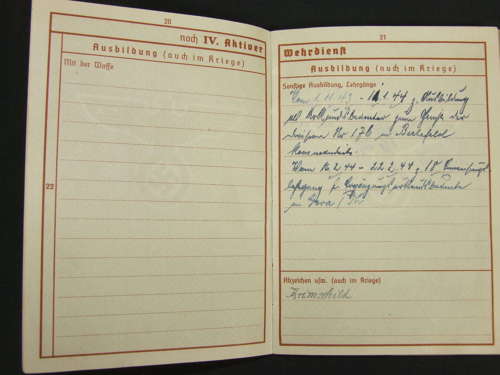 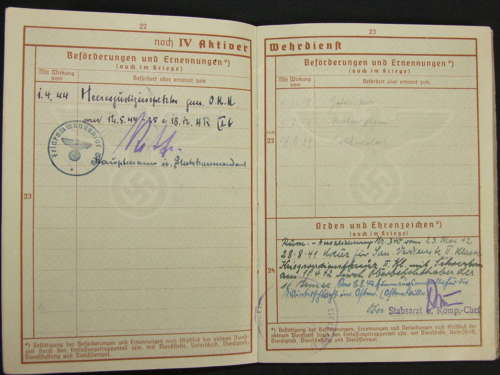 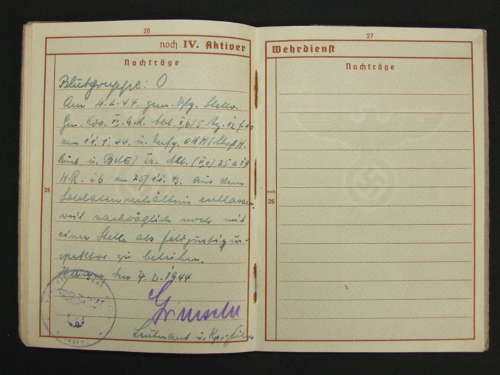 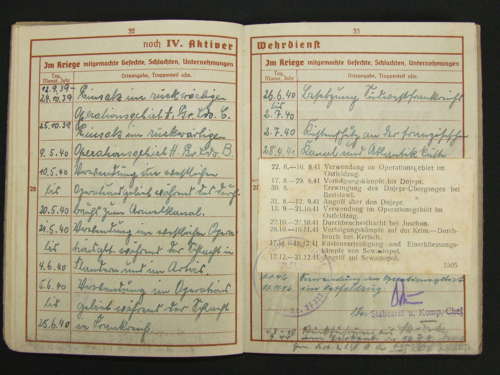 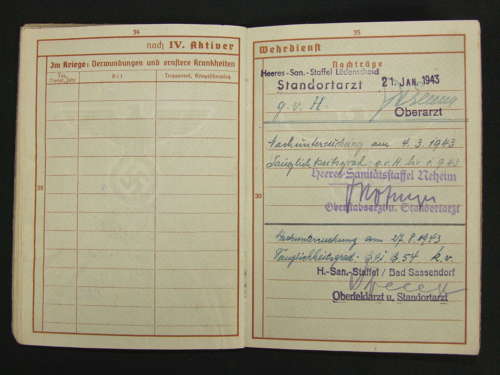 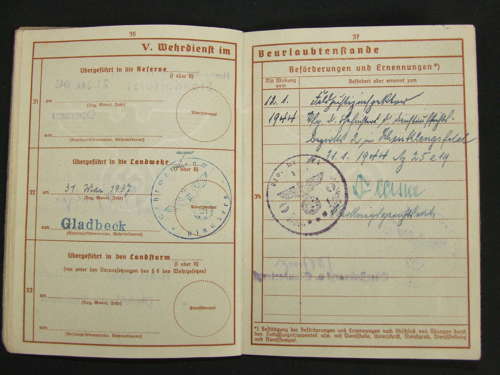 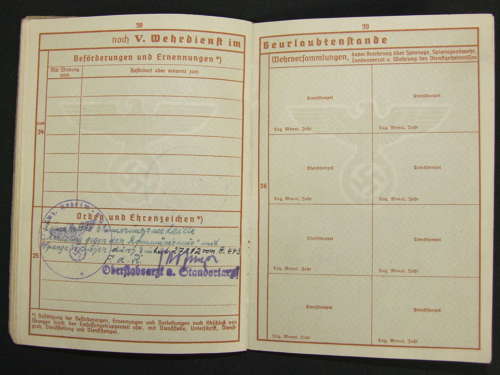 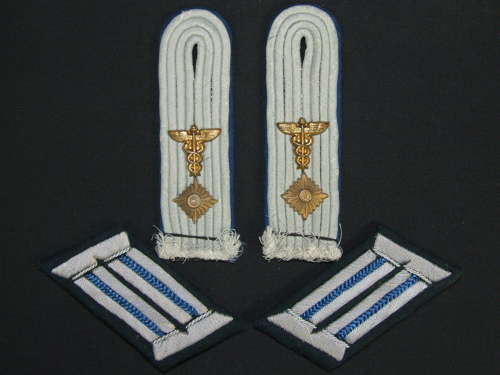 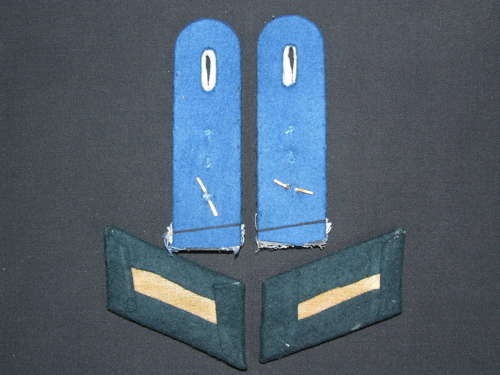 Kurt von Tempski was born in 1898 so was already 41 by the time war broke out and not far off the upper age limit for conscription (45). Pencil entries in the Wehrpass show he served in the Reichswehr with the rank of Gefreiter in 1919, Unteroffizier in 1920 and had reached Feldwebel in 1939.

He initially joined Kranken Transport Abteilung 602. These units undertook initial screening of wounded, deciding whether to transfer them to army hospitals, or send them back to Germany for treatment. They were also responsible for physically ensuring they were loaded onto the relevant transports , trains etc.

Entries in the operational service pages show he took part in the campaign in Poland, in the campaign in the West and also on the Eastern Front from 1939 through until 1944. By then he was in France and took part in the retreat with Kampfgruppe General Reinhardt, evacuating Feldkommandantur 518 from Nantes. General Reinhardt was actually killed when his car ran over a mine.

His list of units show solely medical units until 1944 and that’s where it gets interesting and we see an entry for Gericht der Division Nr 176, the Court of 176 Infanterie Division before joining Feldkommandantur 518 in Nantes, France.

The Wehrpass shows that he attending training with the Court for Division Nr 176 from November 1943 to January 1944 in Bielefeld. From 16 Feb to 22 Feb he underwent further training after his commission. On 12 January 1944, he is promoted to the rank of Feldjustizinspektor (a rank roughly equivalent to Oberleutnant) . The entry reads Verfügung der Chefrichters der Dienstaufsichtsbezirk 2 in Schenklengsfeld, at the disposal of the Chief Judge of Supervisory District 2 in Schenklengsfeld. Shown is his rank as a member of the Heeresbeamte.

At the time of his promotion, he would become a member of the Heeresbeamte, a military official rather than a soldier. There is an entry “aus dem Soldatenverhältnis entlassen mit nachträglich noch mit einer Stelle als Feldjustizinspektor zu beliehen” (discharged from military service with subsequent appointment to a position as field justice inspector).

In April 1944 it was decided to roll up virtually all of the bewilderingly many former Beamte specialist roles, from Paymasters to Meteorologists, and including Justice Officials, into a new unified branch, the Truppensonderdienst. Here we see him renamed from Feldjustizinspektor to Heeresjustizinspektor in line with the changes. He would now wear blue Waffenfarbe with the Mercury staff on his shoulder straps.

A highly experienced soldier who served from September 1939 right through to 1945. He earned the KVK2, East Front Medal and Krim Shield as well as a Romanian Crusade against Communism Medal with “Crimea” clasp. He also received the Romanian “Kreuz for Sanitätsdienst” for his duties as a medic in the Crimean Campaign.

Included are the collar tabs and shoulder boards for his rank in the Truppensonderdienst.

Other items in Bullion wire badges

View all in Bullion wire badges