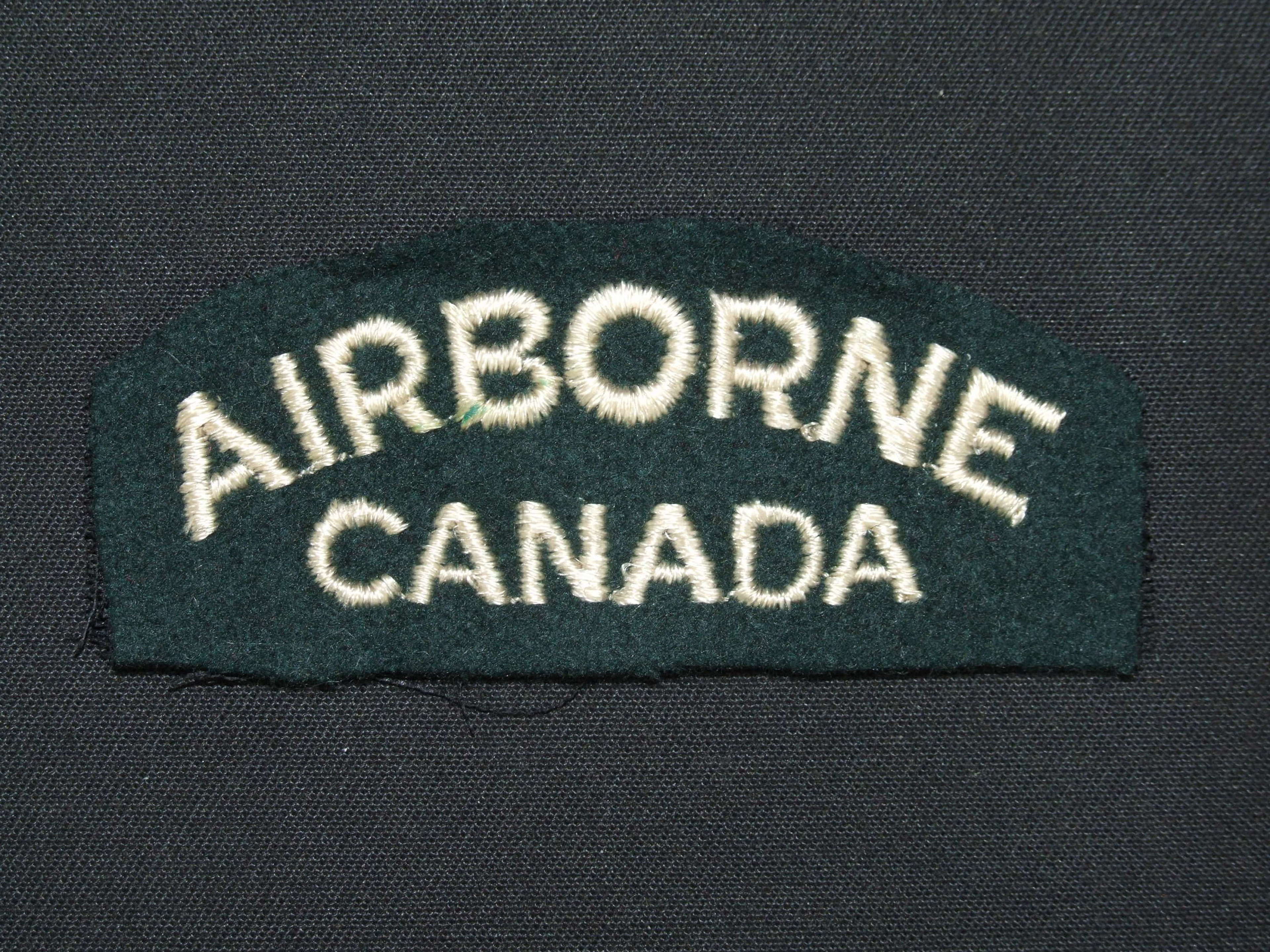 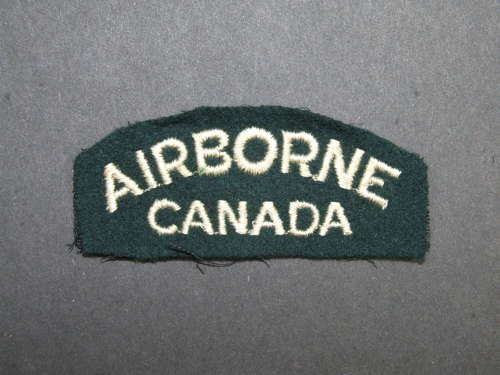 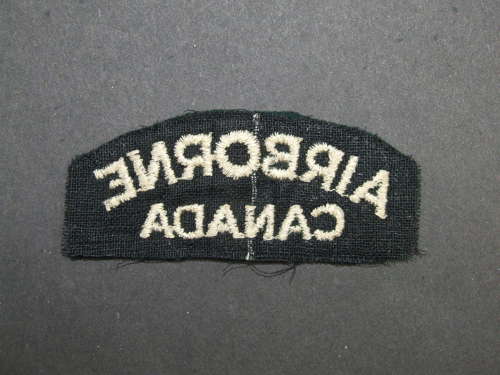 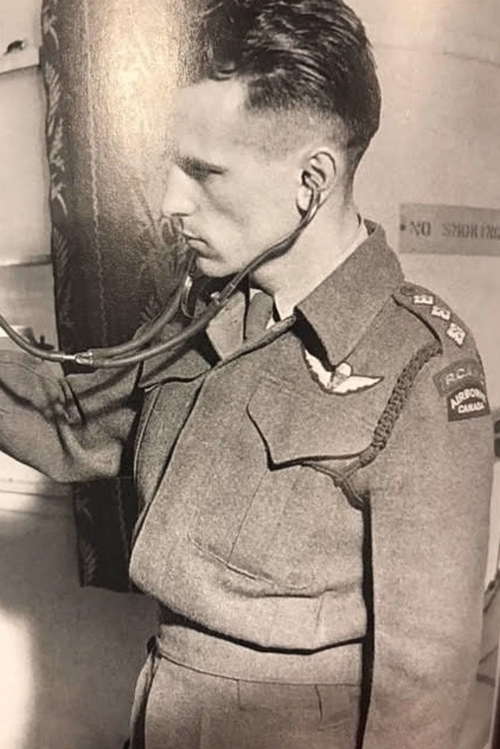 Used during training in Canada prior to leaving for the UK this Airborne Canada Shoulder title is in very good perhaps unused condition and free from damaged of any kind.

The 1st Canadian Parachute Battalion was an airborne infantry battalion of the Canadian Army formed in July 1942 It served in Northwest Europe, landing in Normandy during Operation Tonga, in conjunction with the D-Day landings of 6 June 1944 and in the airborne assault crossing of the River Rhine, Operation Varsity, in March 1945. After the end of hostilities in Europe, the battalion was returned to Canada where it was disbanded on 30 September 1945.

A scarce and of original piece.

Other items in Cloth shoulder titles

View all in Cloth shoulder titles 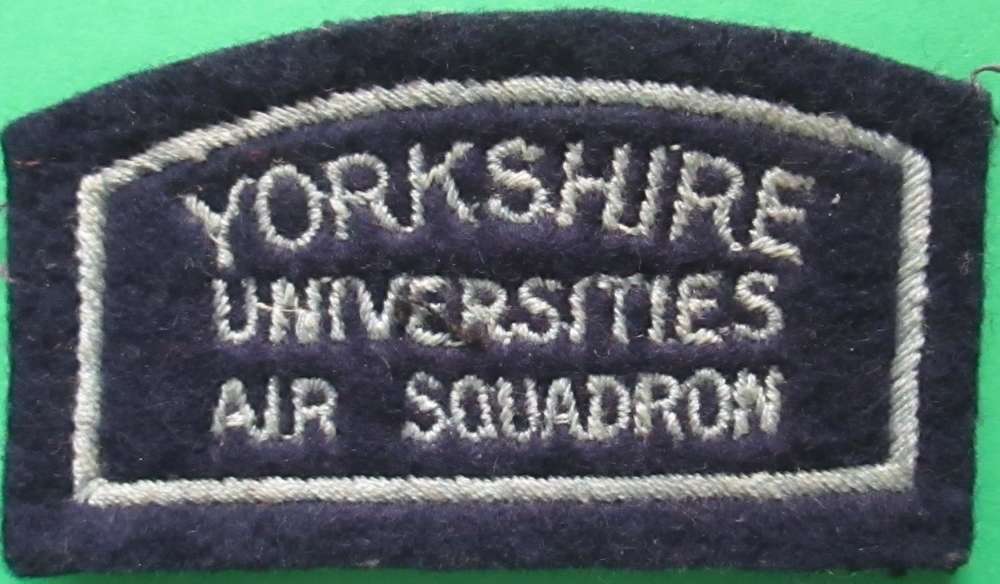 A No 5 COMMANDO SHOULDER TITLE 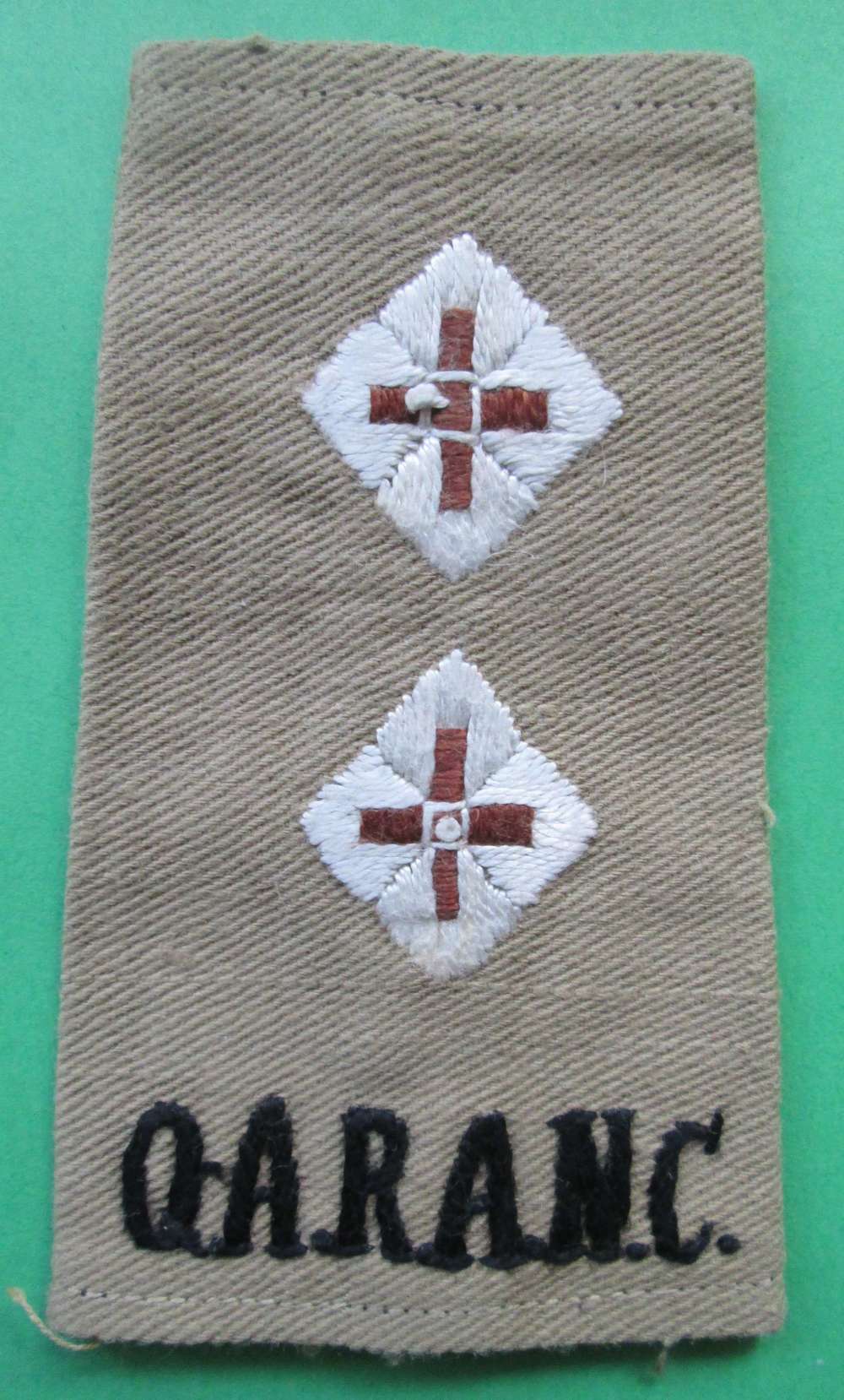 A FINE WWII PERIOD SLIP ON TITLE FOR THE QARANC