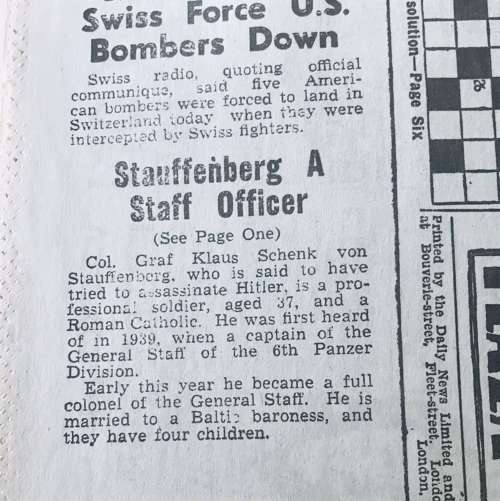 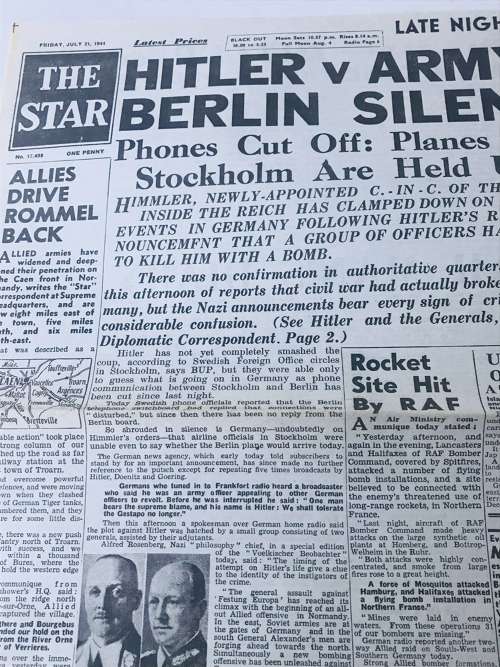 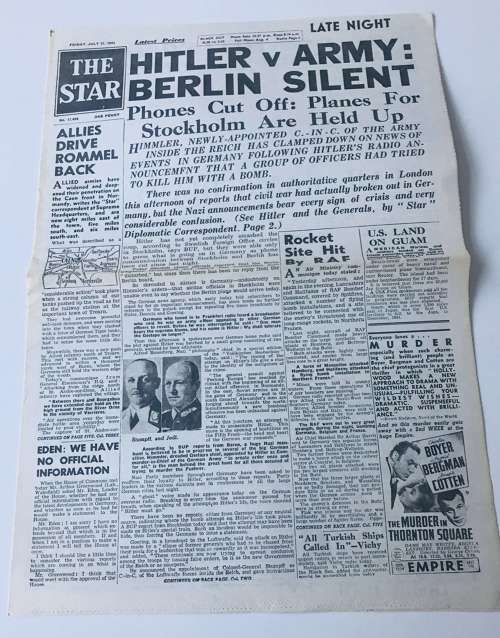 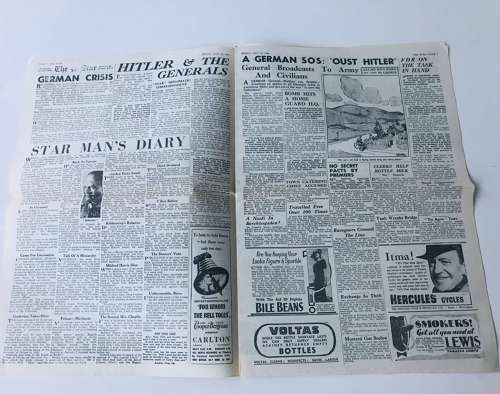 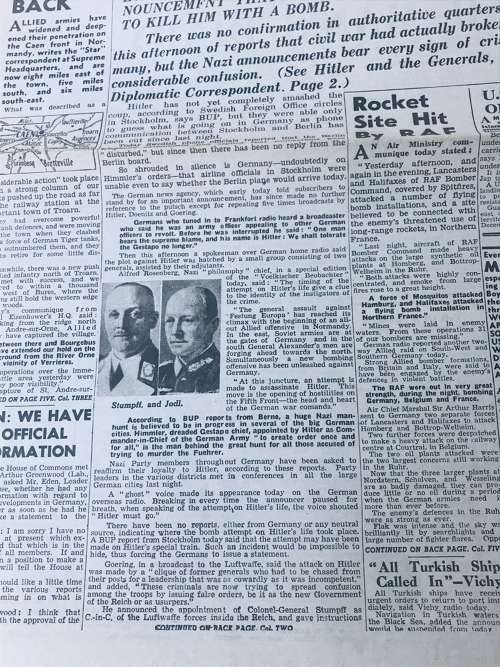 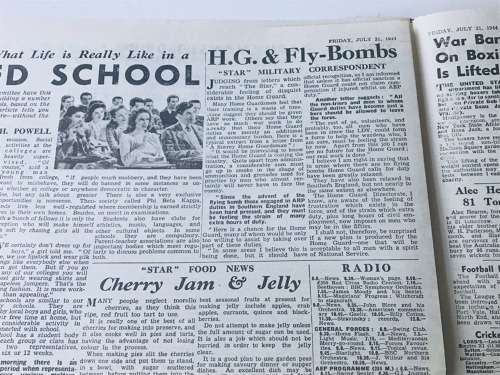 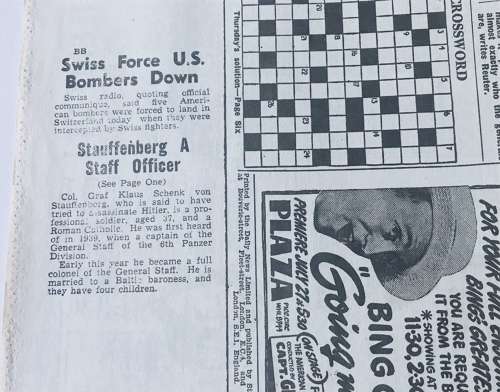 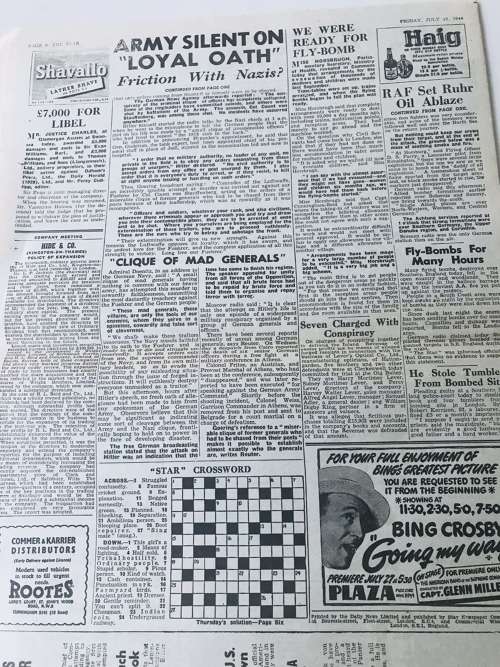 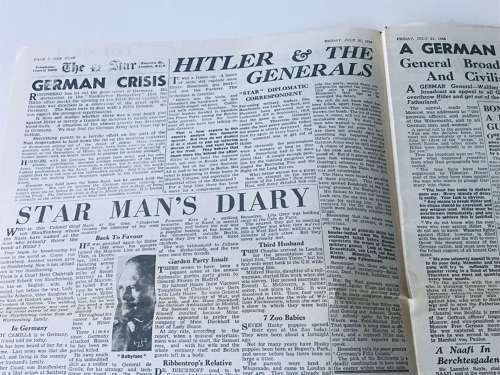 Simply fill in the below form to get in touch with Surrey Militaria regarding this item.

A copy of the Star newspaper dated July 21, 1944, it is reporting on the attempted assassination of Adolf Hitler the famous 20th July plot. The this paper actually mentions Claus Von Stauffenberg as the main member of the plot this must be the first time in the world his name obviously famously portrayed by Tom Cruise in the film operation Valkyrie. The newspaper is in fine condition and a rare survivor.