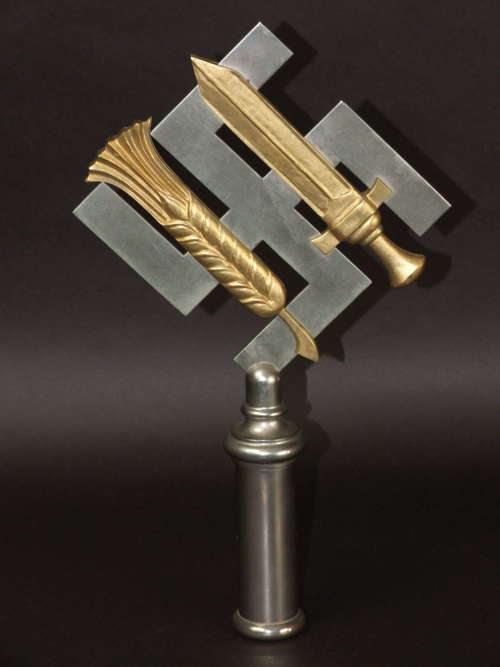 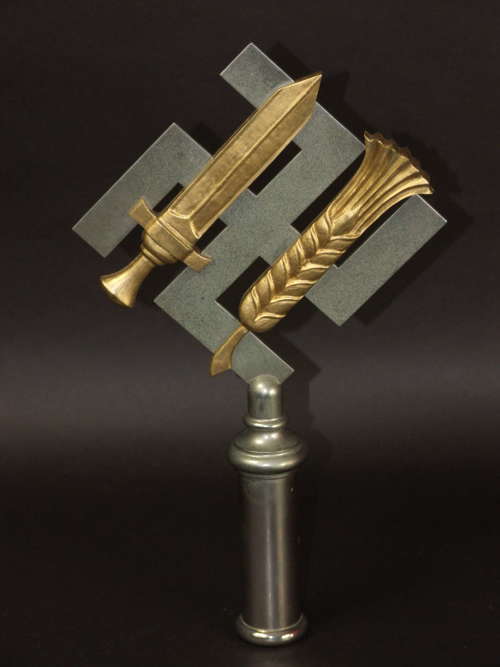 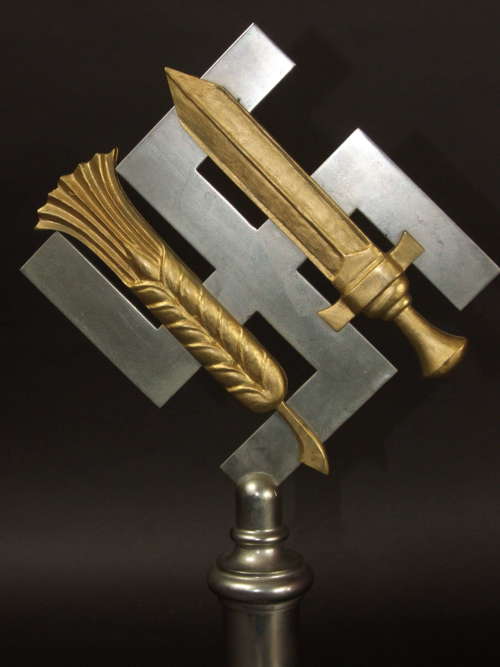 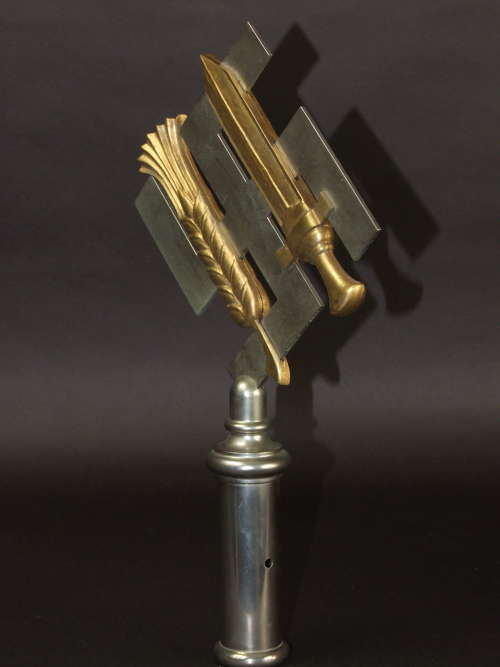 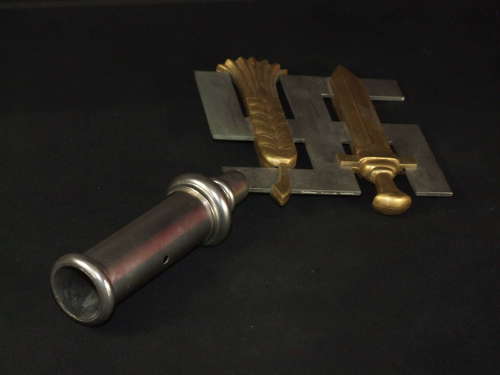 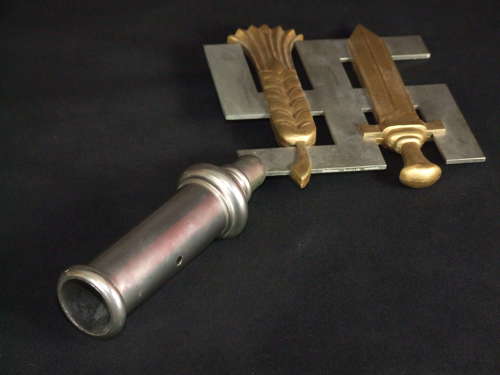 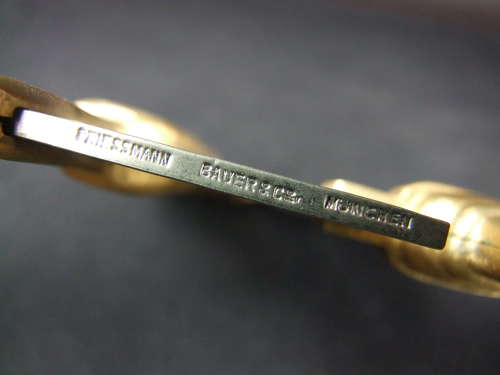 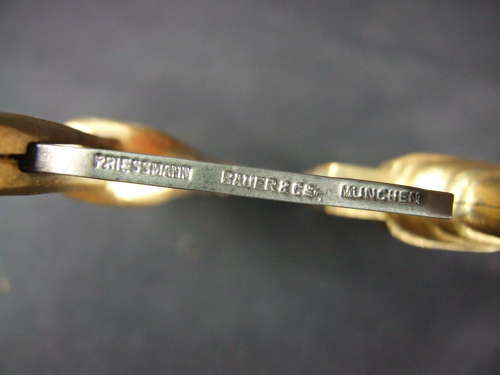 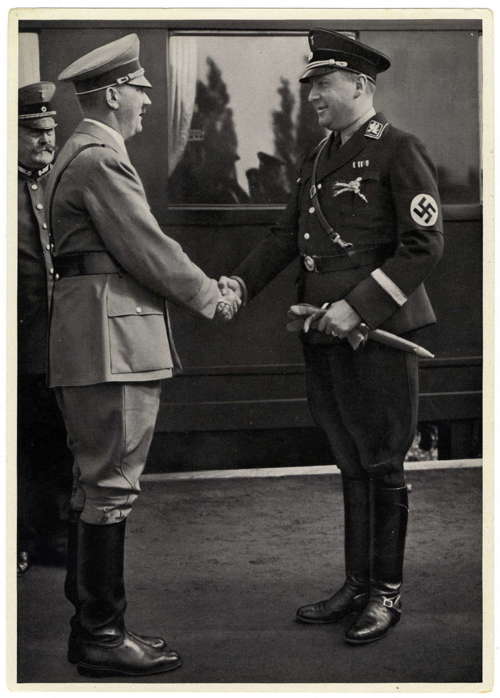 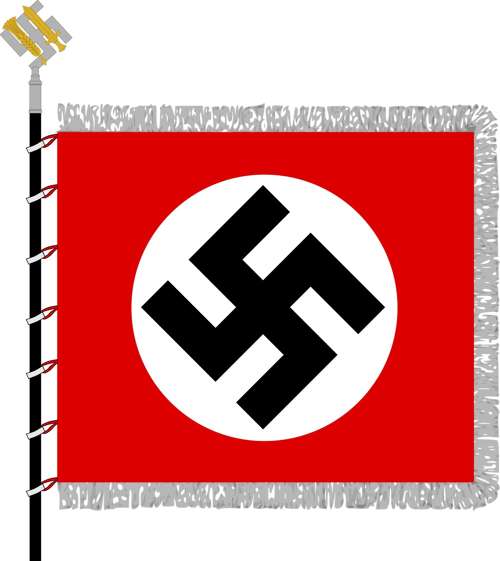 This impressive Finial stands approximately 360mm in height, the pole fitting constructed in, I believe, nickel plated solid brass, the base with a 27mm opening for the pole with provision for a  securing bolt.

Overall condition is excellent with absolutely no damage.

The Reichsnährstand, (National Food Producers), organization was instituted on September 13TH 1933, by Richard-Walther Darré (see last images) in his position as, Reichsminister für Ernährung und Landwirtscahft, (National Agricultural Leader and Minister of Food). The organization was responsible for all aspects of food production and distribution in the Third Reich and worked closely with other organizations including the HJ Landjahr and Landdienst.

Darrés, "Blood & Soil" ideas were a successful propaganda tool used to foster pride and increase agricultural production. Part of the Reichsnährstand’s mandate was the medieval concept of farm land being hereditary and only persons of pure Aryan backgrounds should be allowed to own such land. Coincidentally from January 1932 to February 1938 Darré, with the honorary rank of SS-Obergruppenführer was also head of the Rasse und Siedlungshauptamt (Central Office for Race and Resettlement), which was the definitive authority on racial purity.

Other items in Flags

View all in Flags