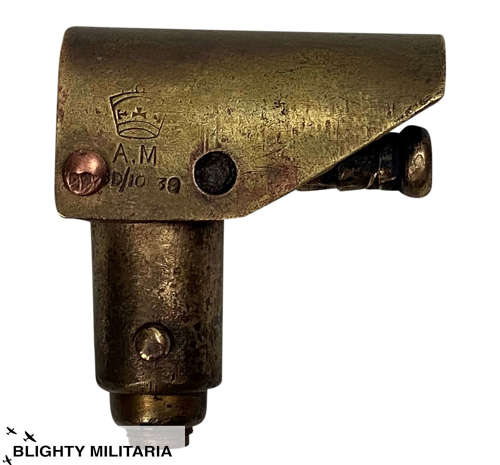 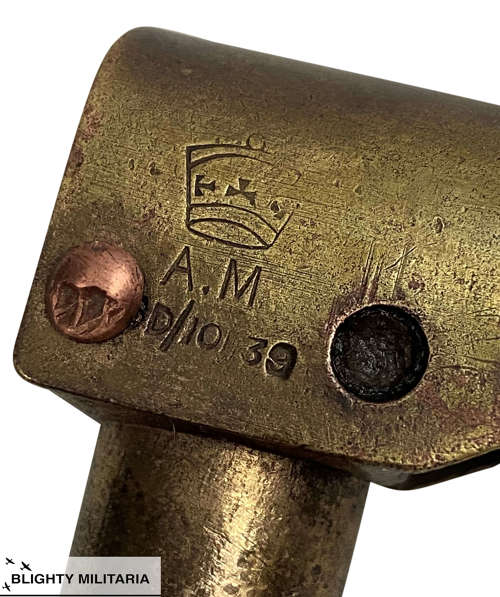 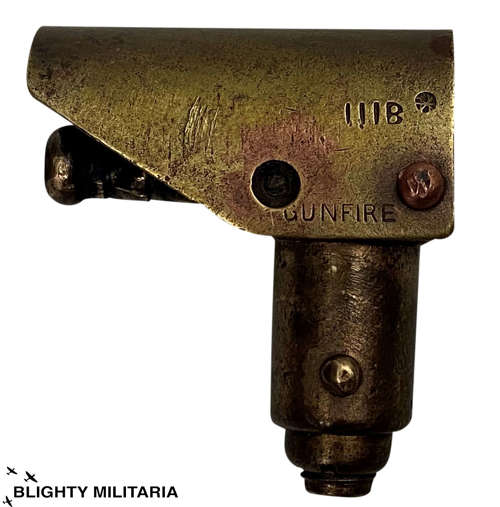 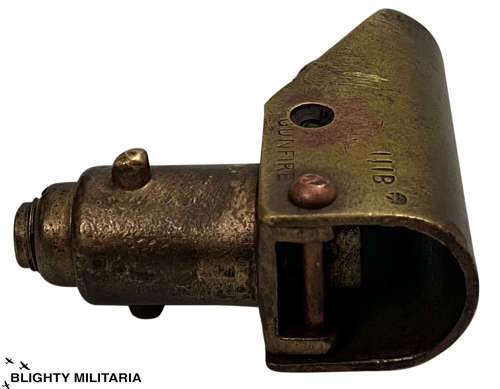 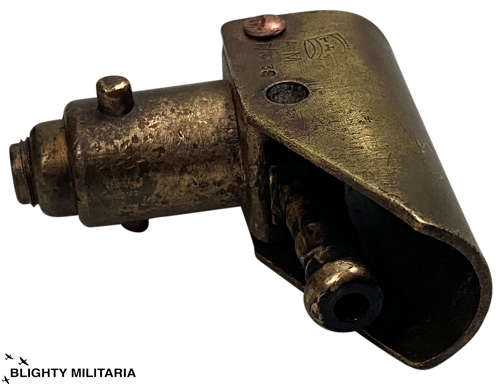 This brass connector was used in conjunction with the 6D/80 oxygen mask hose and D Type oxygen mask which were worn in the pre-war period as well as during the Battle for France, Battle of Britain and into the rest of the war.

This example is in good condition with the original markings still clearly legible. It bears the Air Ministry AM and crown marking underneath which is the 6D 101 stores reference code which is partly obscured by the domed head of the brass pin which is fitted through the front of the connector. After this marking is the number 39 which denotes the year of manufacture. To the other side of the connector is the designation IIIB as well as the word 'GUNFIRE'.

The part is in good condition with some signs of use and age. Please study the pictures before purchasing.

A rare piece of early RAF flying equipment which will make a good addition to any collection.