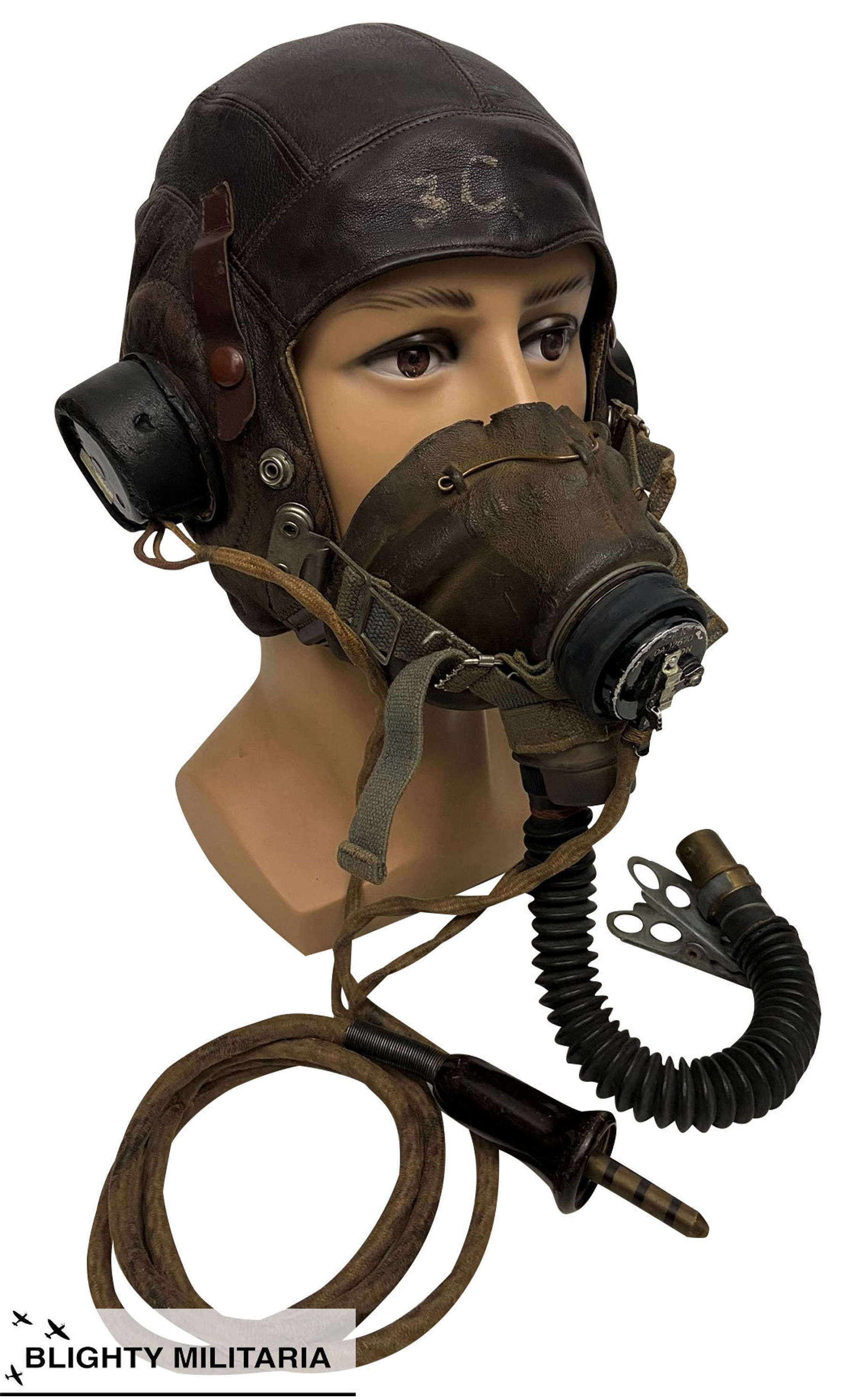 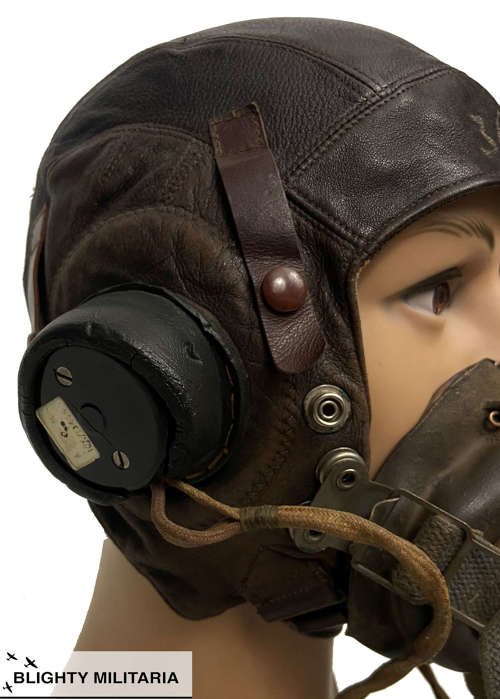 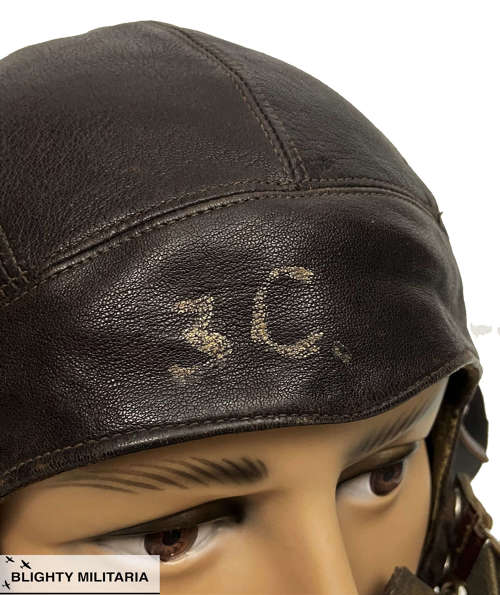 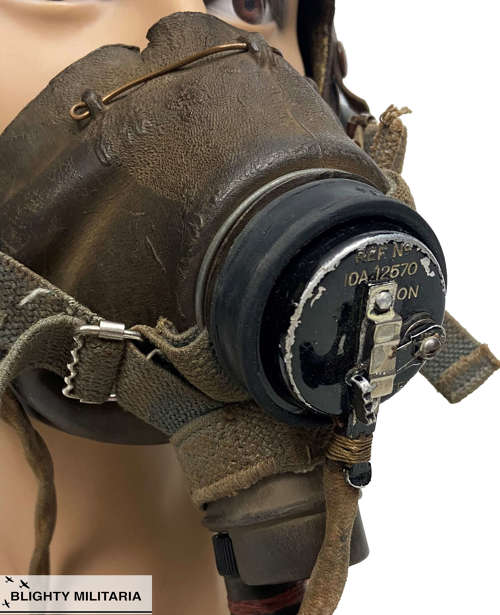 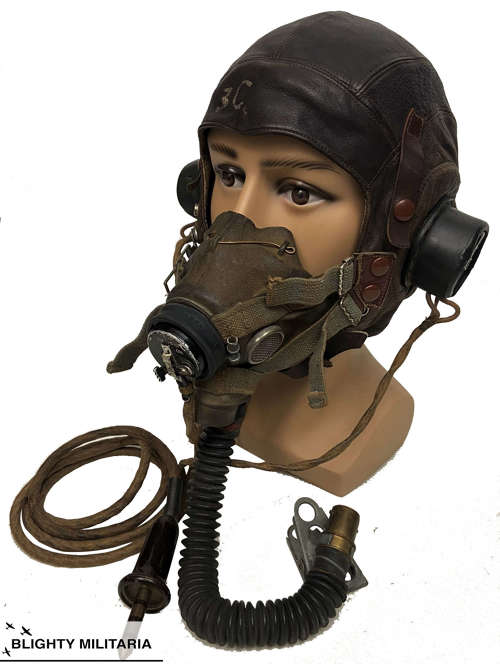 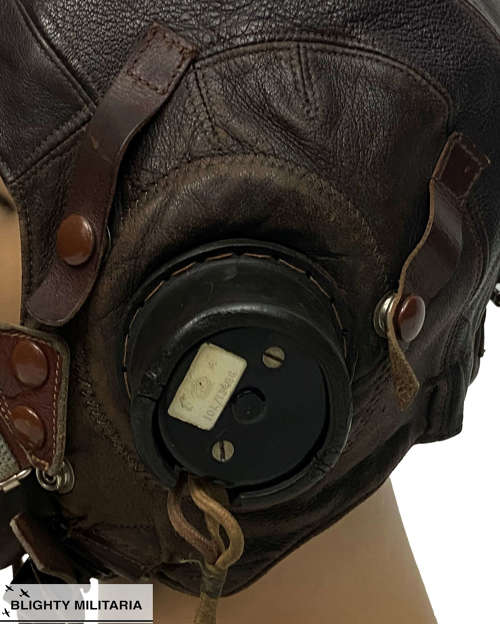 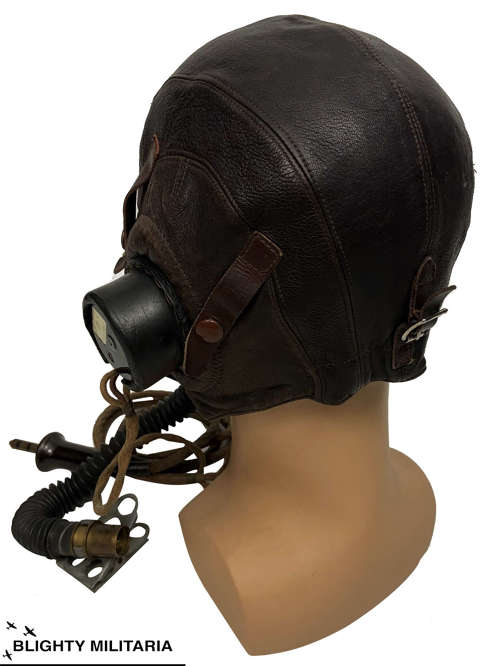 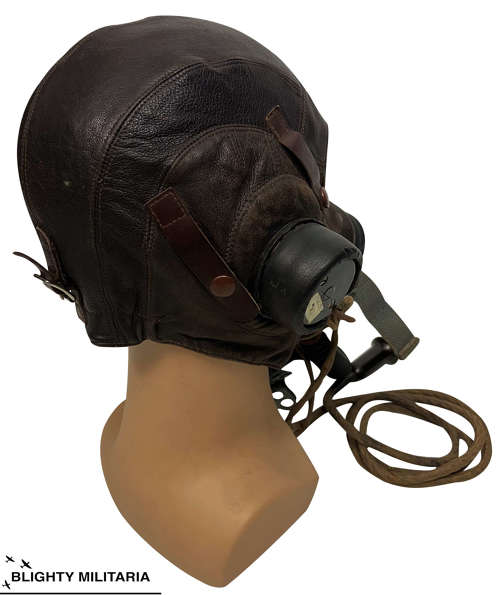 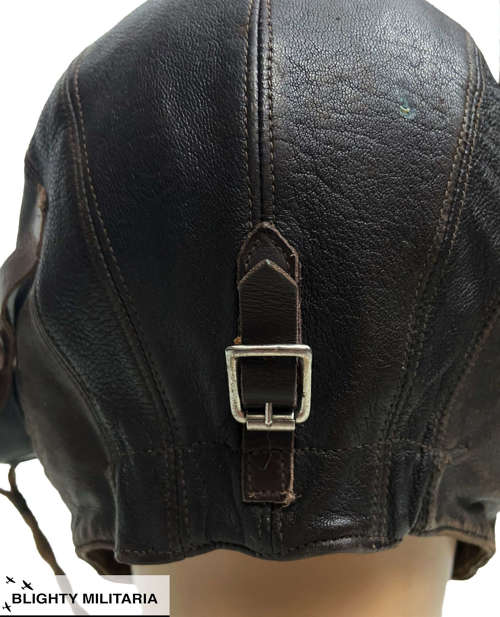 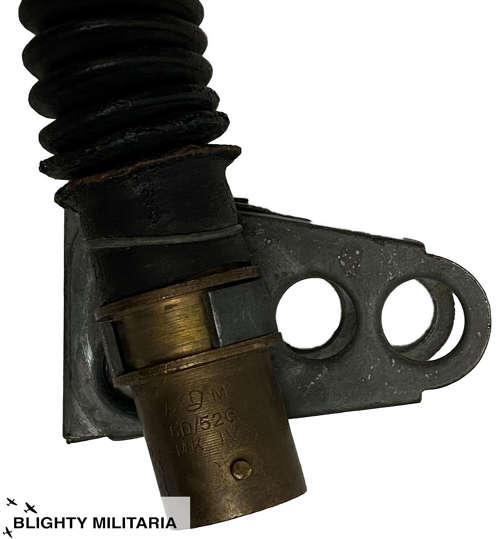 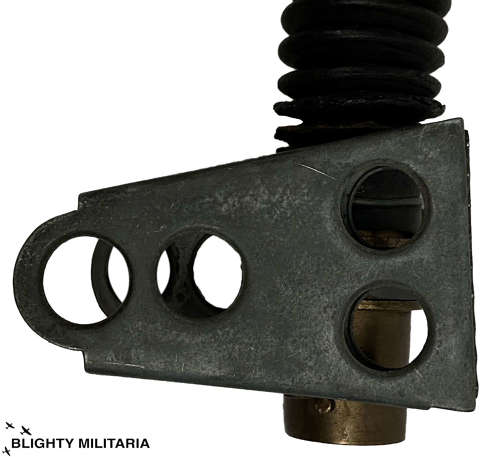 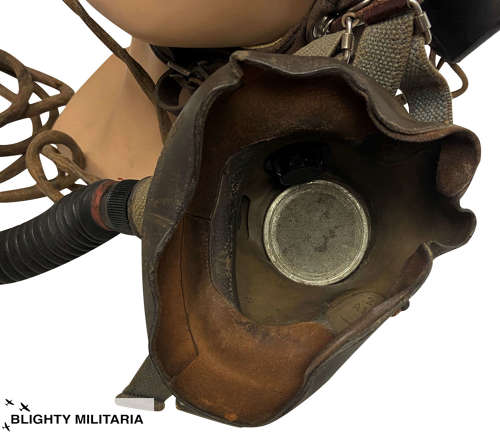 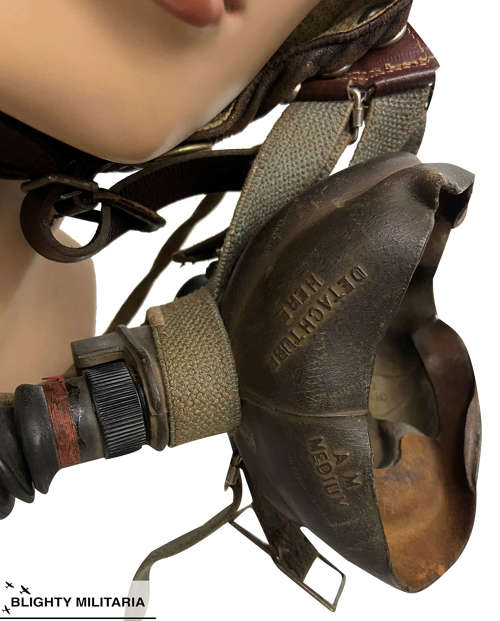 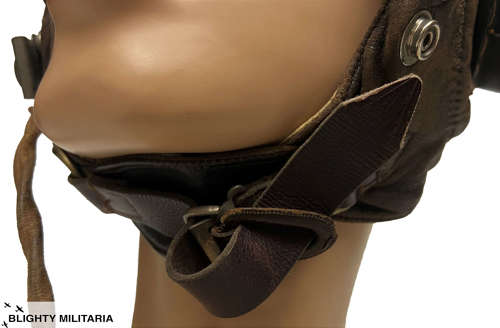 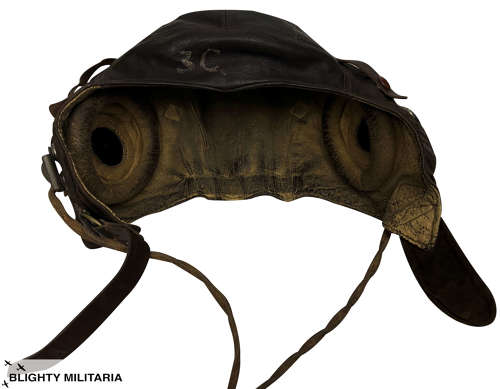 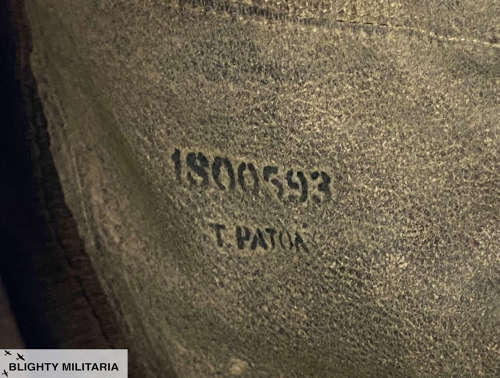 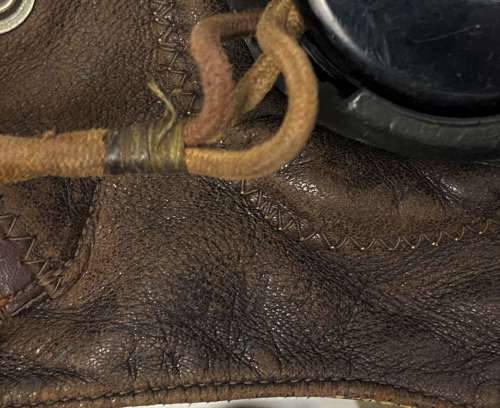 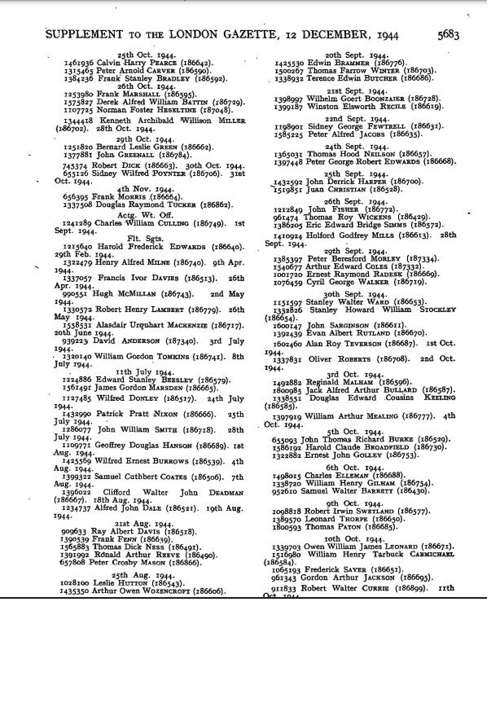 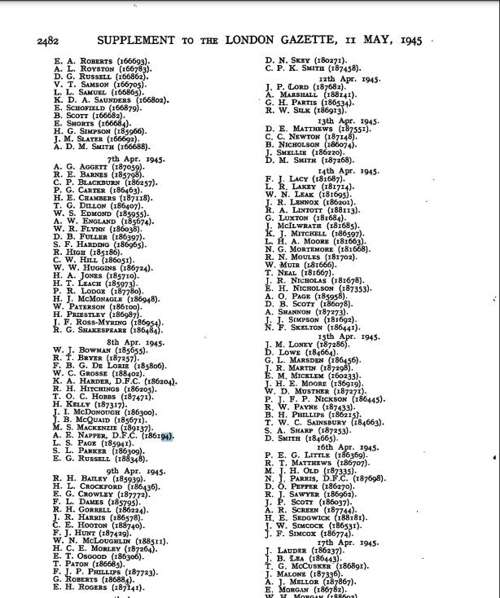 This flying helmet set was acquired by me from a man who was given it by Thomas Paton, roughly 15 years ago. Much to my chagrin, the temporary owner of this fantastic set did not bother to take down any of Thomas' details aside from that he was on Lancasters and flew in the 1000 bomber raids. My research shows that Thomas enlisted at Euston after 1941 and went on for aircrew training. He flew as a sergeant before being commissioned on the 9th of October 1944. He was then made flying officer on the 9th of April 1945 and his officers serial number was 186685. What is important is that the flying helmet has his sergeant's serial number in it and is therefore guaranteed to be his wartime flying helmet which saw action, rather than a helmet acquired at the end of the war.

The helmet is an early first pattern C type helmet which features the forward goggles straps not seen on the later pattern as well as the leather chin strap and 'Bennets' buckle. The side of the helmet bears the large Air Ministry AM and crown marking along with the RAF stores code 22C/451 which denotes the helmet as being a size 3. '3C' has been painted in silver to the front of the helmet and inside the original owner has marked his name and serial number as 'T Paton 1800593'. The helmet is fitted with an original set of receivers and an external wiring loom which are all in good condition and original to the helmet. The rubber ear cups show signs of age with some splits etc and one of the receivers has a small crack running across it.

The G type oxygen mask is a size medium and again is original to the set and shows signs of wear and use which is to be expected with an item that was used regularly on active service. The wire nose clip is still present and it is fitted with a type 48 microphone. The markings to the underside are still clear and overall it displays well with some signs of age and wear.

One of the nicest features of this set is the original corrugated rubber oxygen mask hose. This is made from a thin, war grade rubber which is much lighter weight than the rubber used for post-war hose which are usually offered for sale. There was a split to the hose which has been expertly repaired by Stephen Silburn and is now virtually impossible to see. The hose has also had a piece of string fitted internally to stop any more breakages in the future. The end of the hose is fitted with the standard MKIV bayonet fitting and metal crocodile clip.

A rare chance to acquire a complete and original operationally used flying helmet set which offers the opportunity of further research. 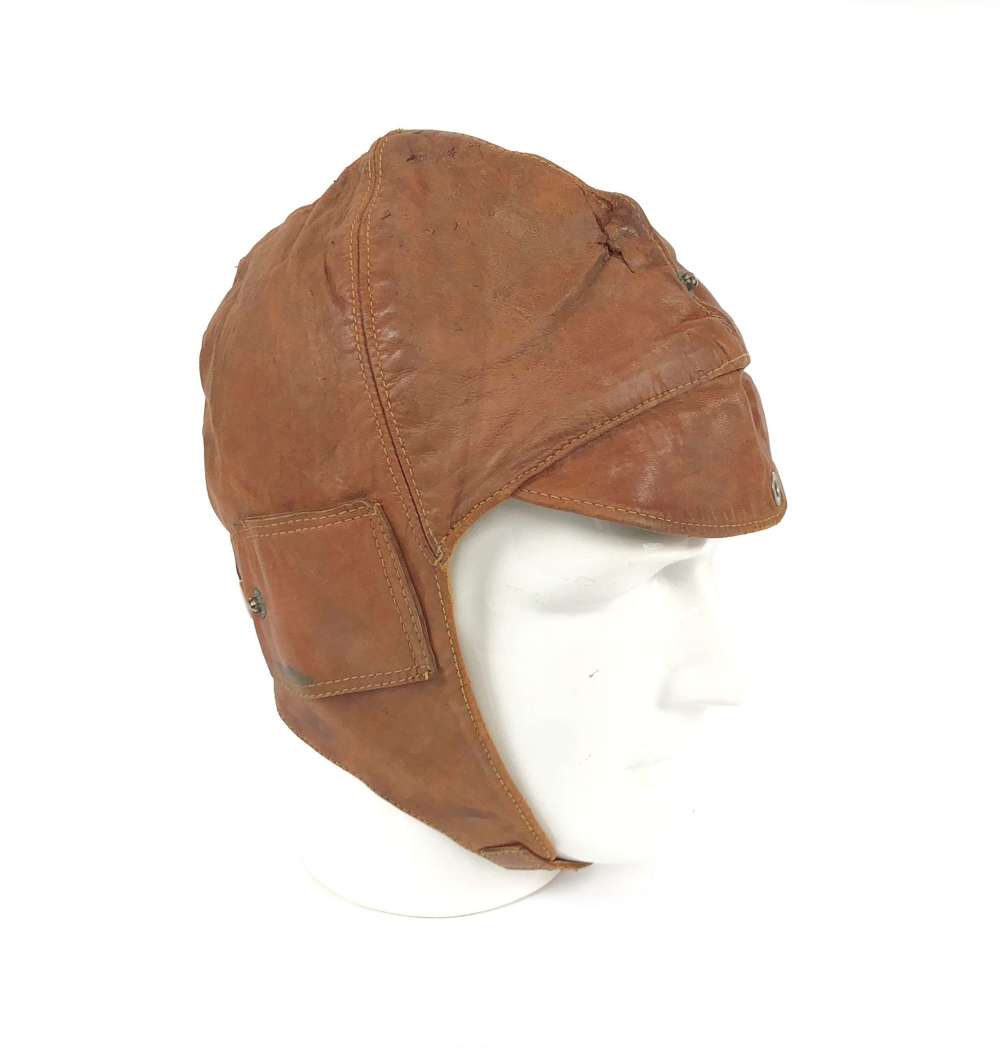 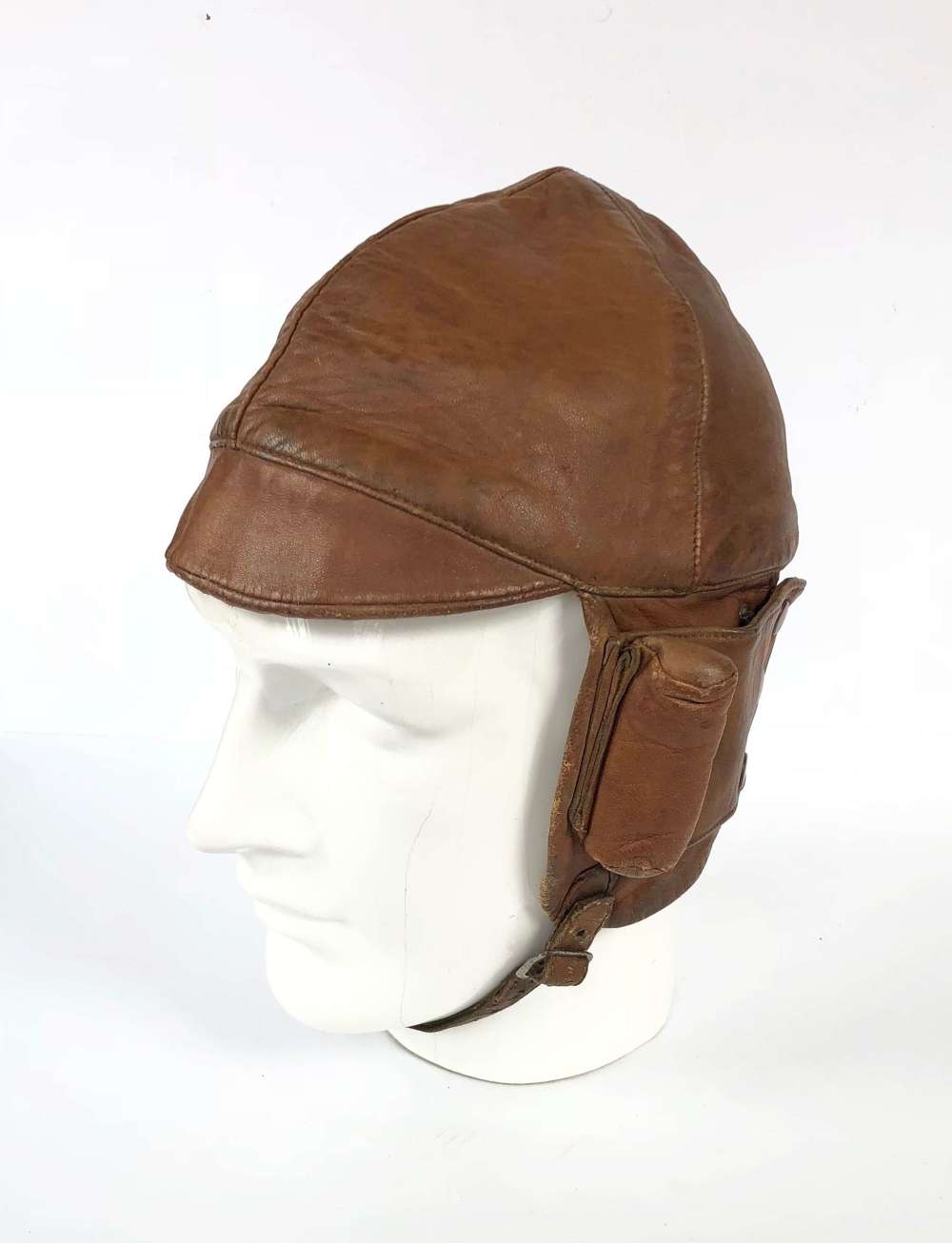 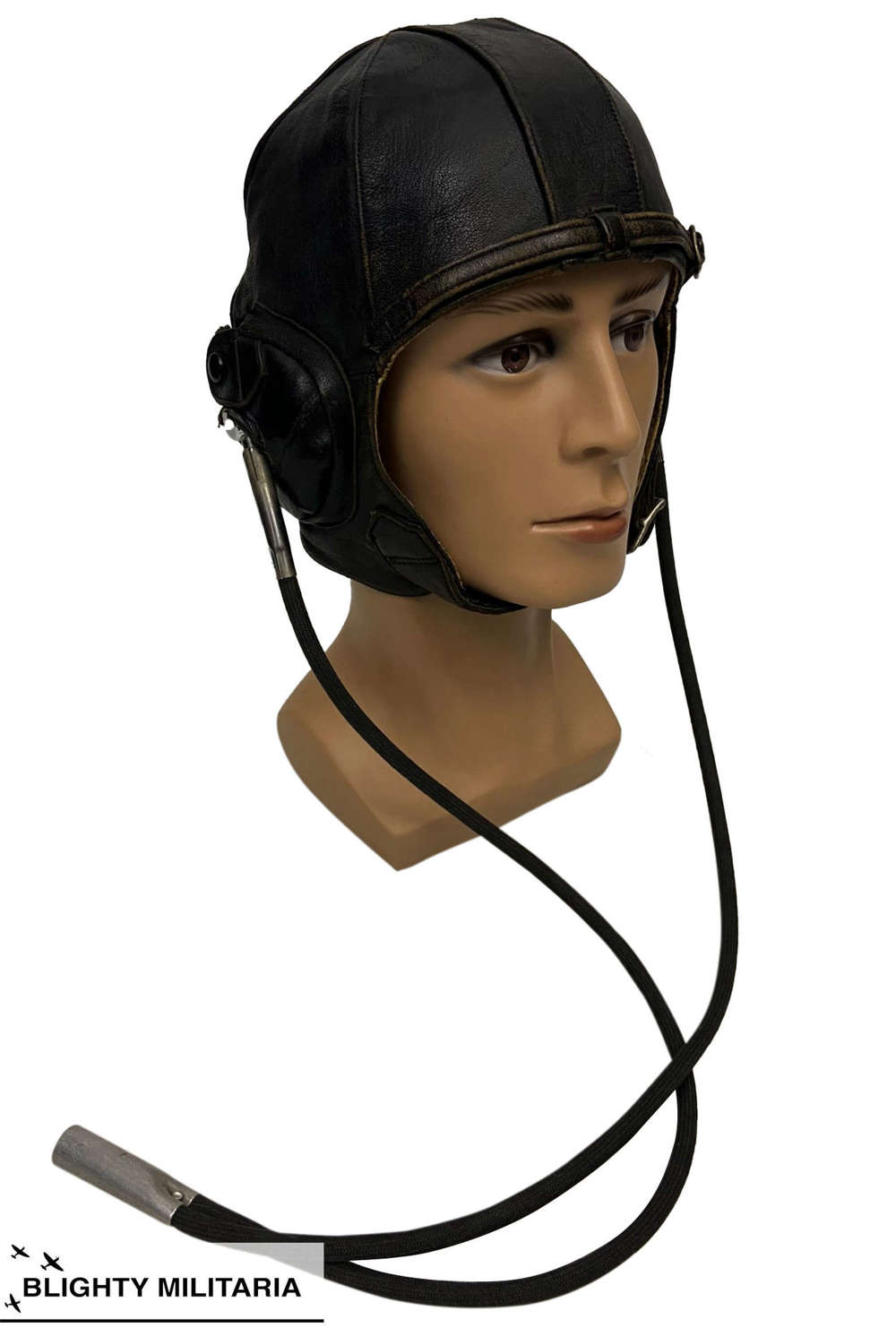 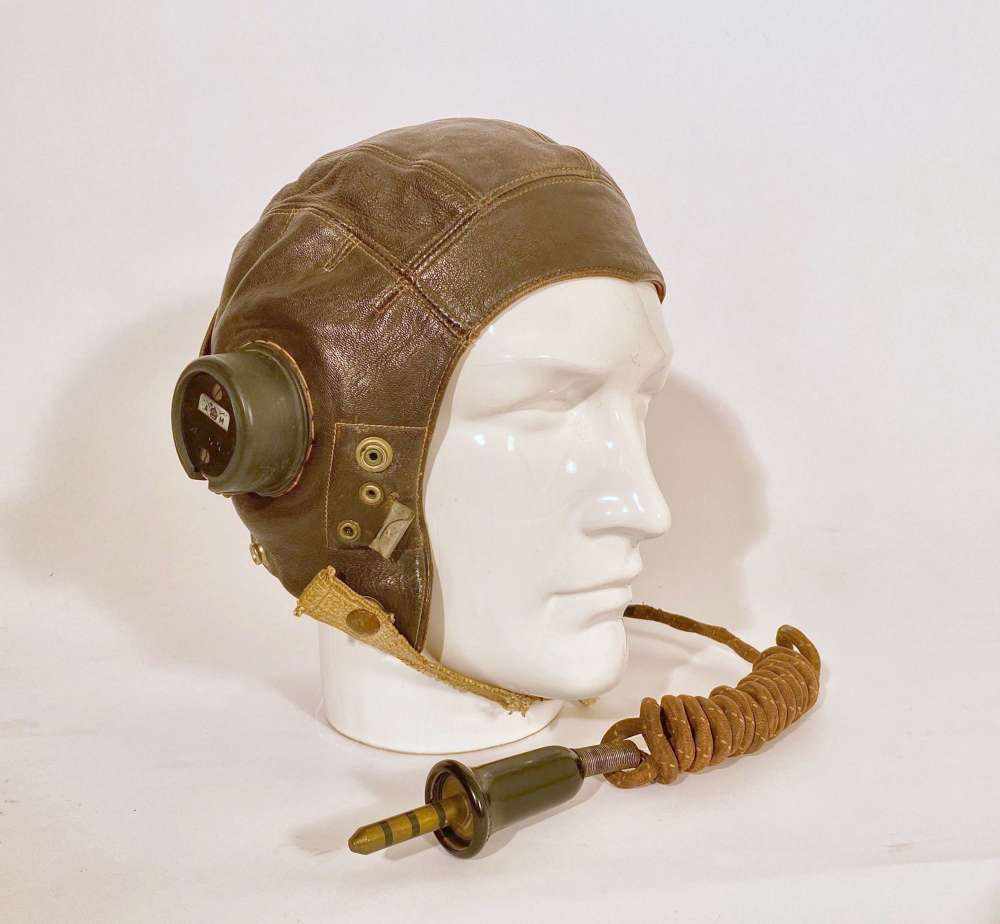