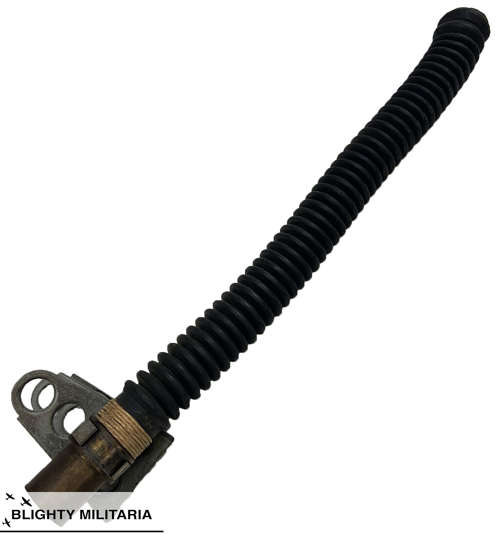 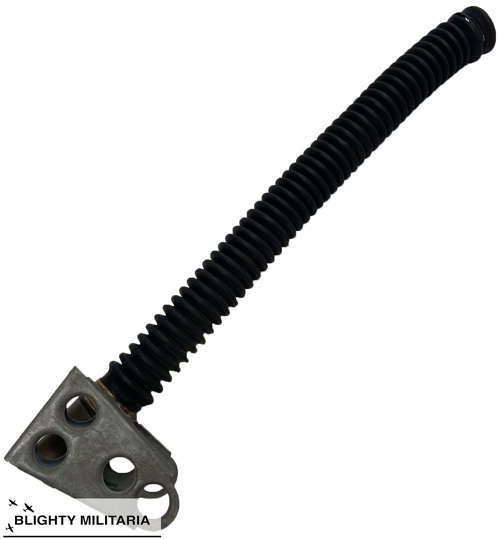 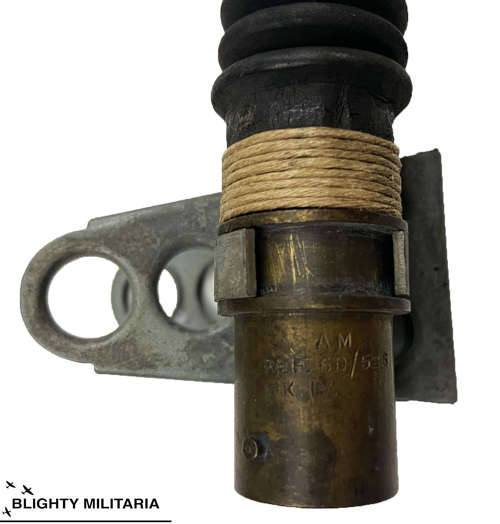 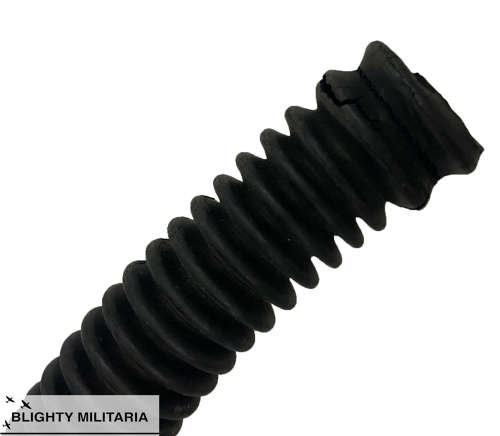 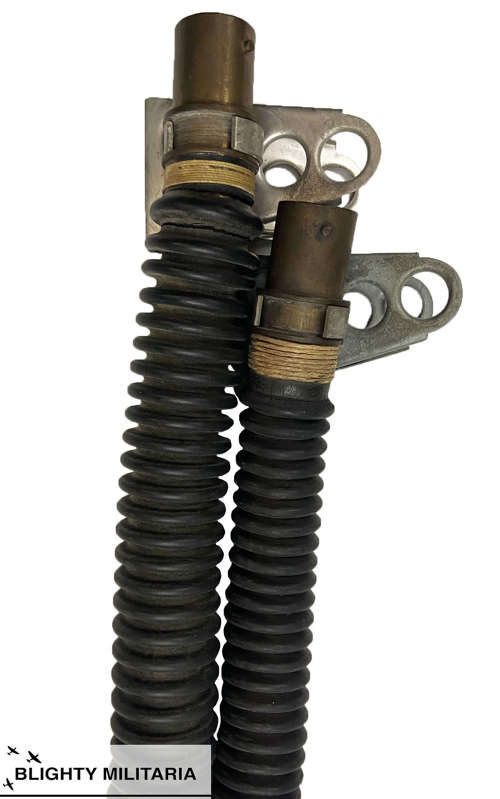 This hose is notably different from the later produced hoses as it is made from a lighter weight rubber which is narrower snf features a great number of corrugations. This difference is illustrated in the last picture which shows this hose next to a later example. These hoses were used with the E, E* and G Type oxygen masks and are now very rare to find today.

The other end of the hose is missing its plastic threaded nut which appears to have broken off. This has been reflected in the price and the hose could still be displayed with a mask.