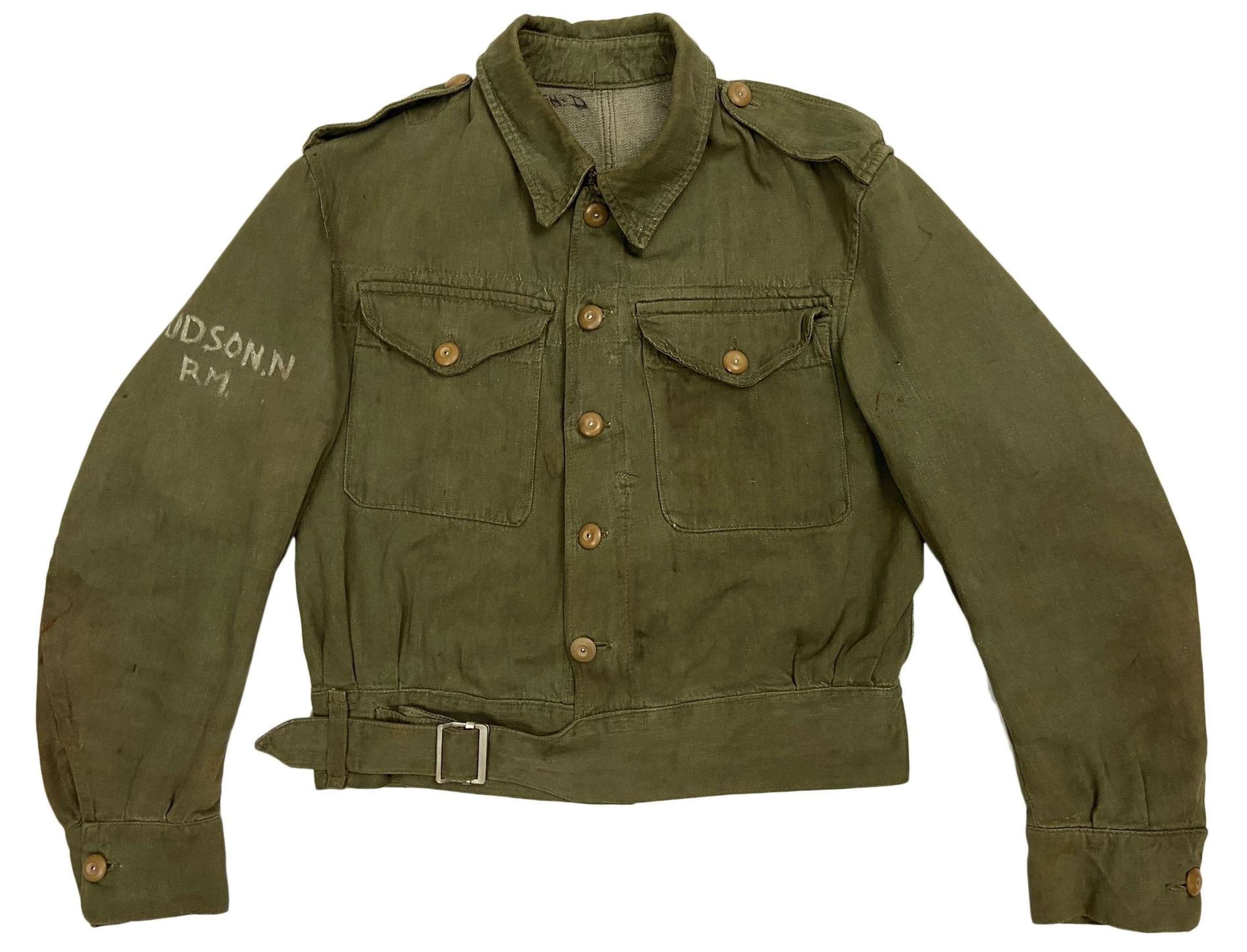 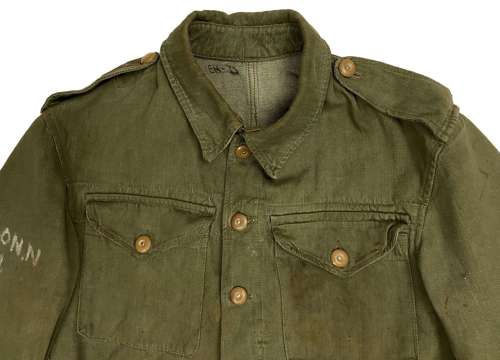 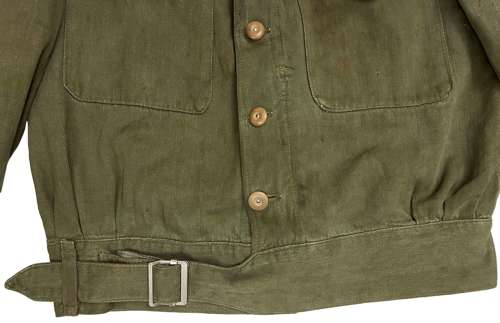 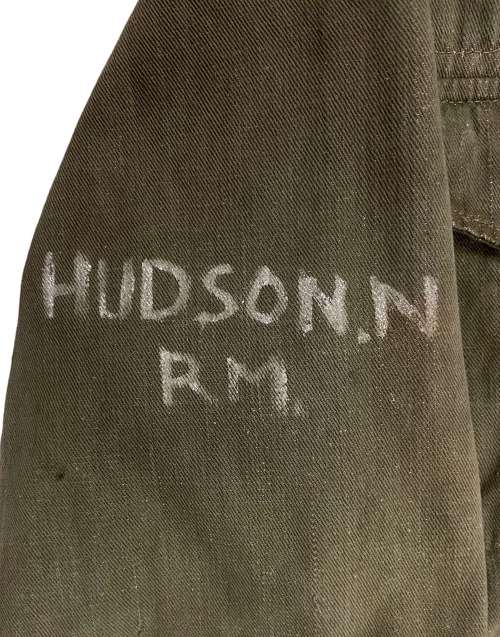 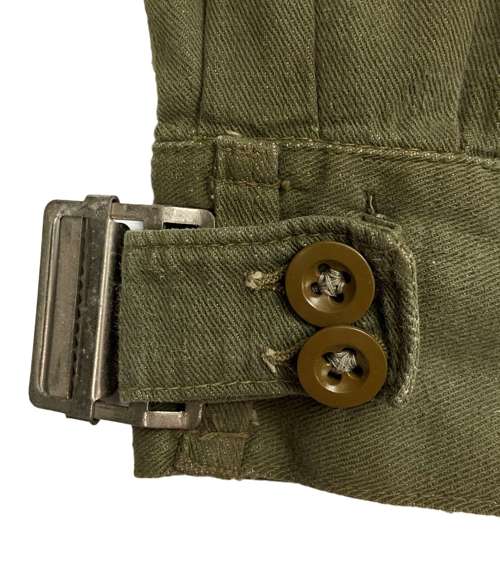 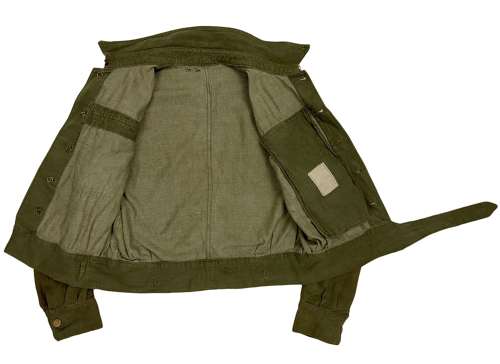 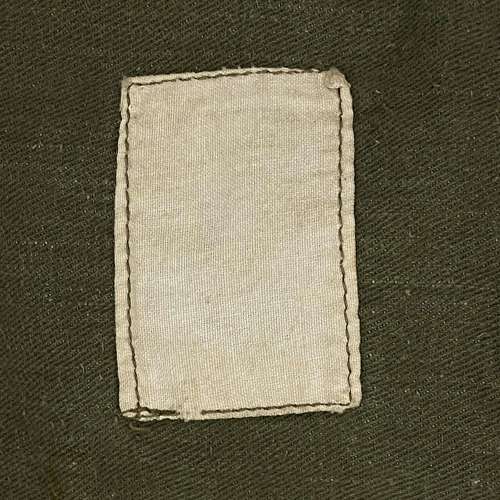 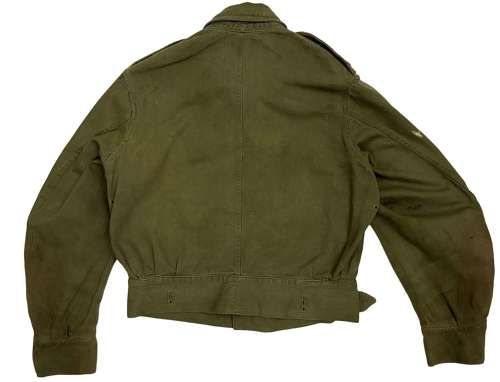 An original British Army Denim Battledress Blouse which belonged to a member of the Royal Marines.

Introduced at the beginning of the Second World War as a replacement for the earlier fatigues issued in the Great War and inter-war periods, the design closely followed the serge Battledress introduced in 1940 but was made from denim and had removable buttons. This is a second pattern or 'austerity' version which does not feature the pleated pockets of the first pattern jacket. The label is no longer legible having been washed out meaning the jacket is impossible to date exactly. The jacket may date from the Second World War but may also date from the late 1940s or 1950s.

The jacket is made from the standard denim material and features pockets to the chest. It features butterscotch coloured revolving shank buttons which are held on with period split rings to the reverse whilst the waist fastens with a steel buckle. Epaulettes are located to the shoulders and the original owner has added his name to the right hand sleeve which reads 'Hudson N. RM'.

The jacket is in reasonably good condition as can be seen in the pictures. It has signs of wear and use and has clearly been laundered. There is some staining but overall it is a very wearable jacket but is a vintage pre-worn item so may have small issues consummate with its age.

A nice original example of a Denim Blouse in good wearable condition. 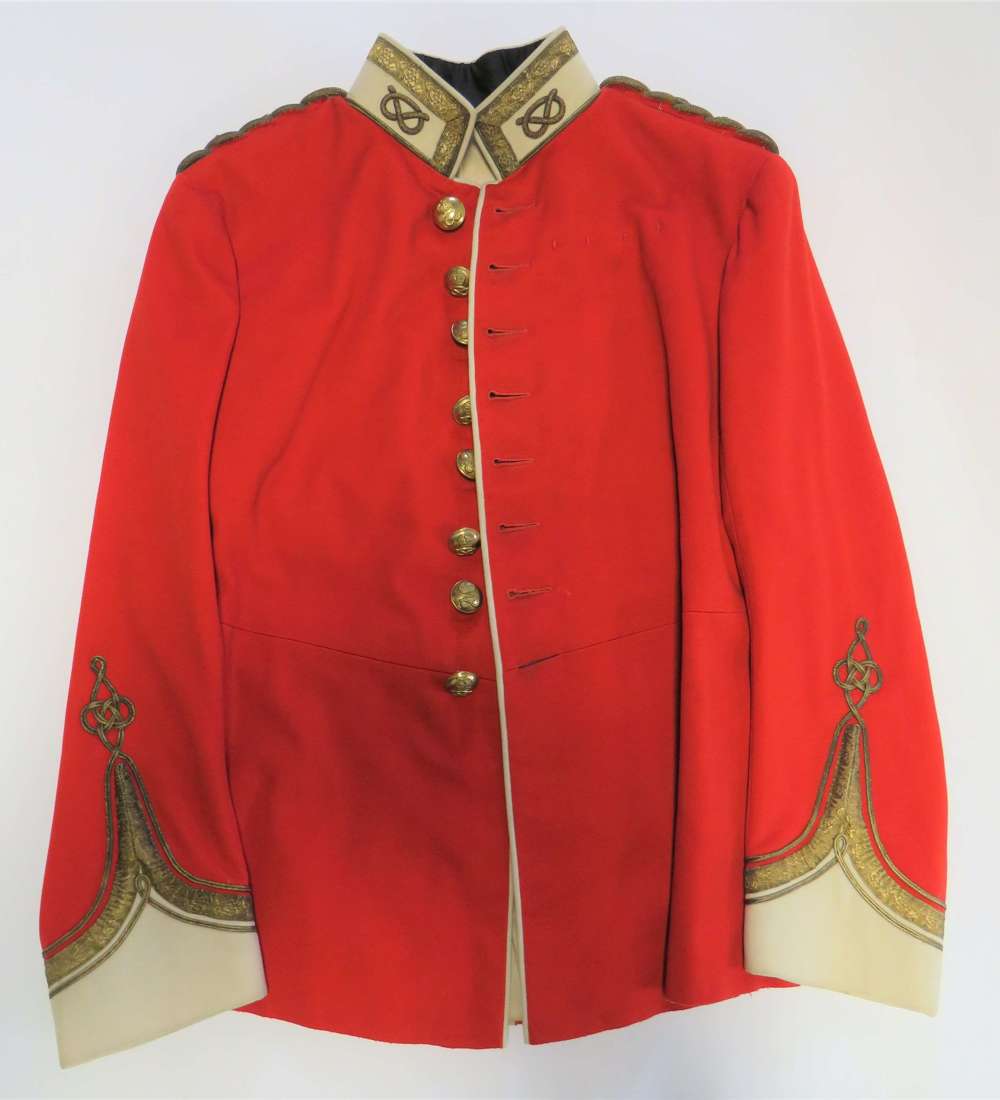 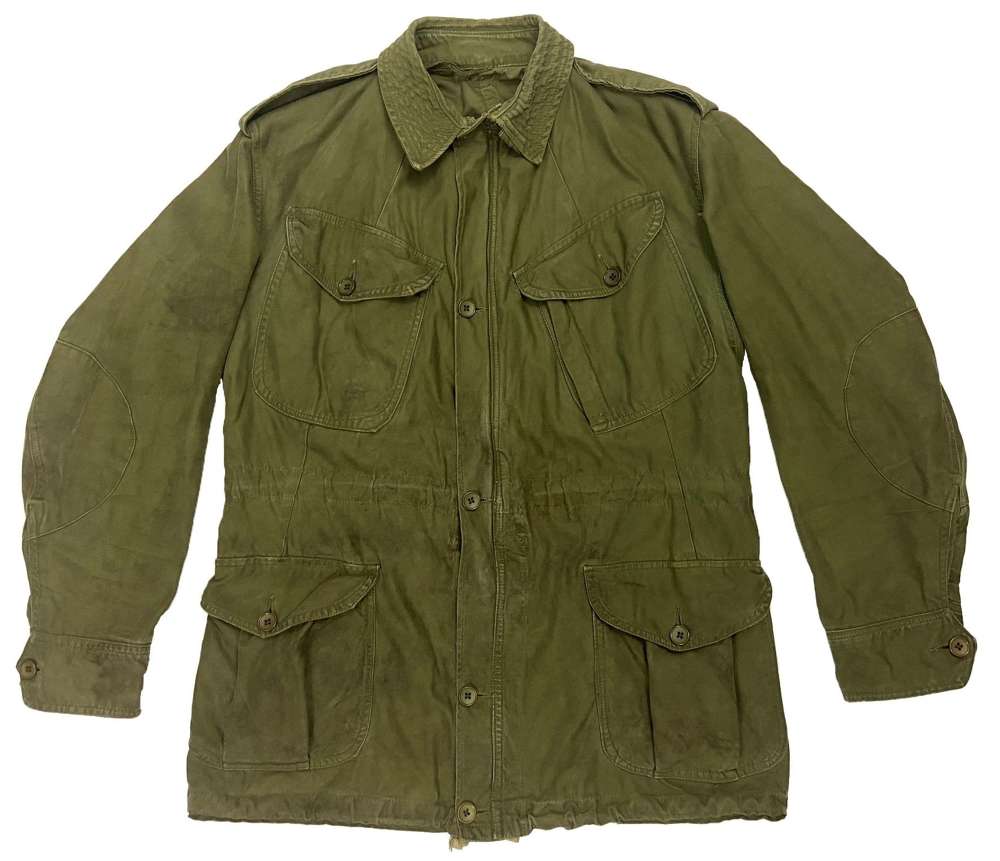 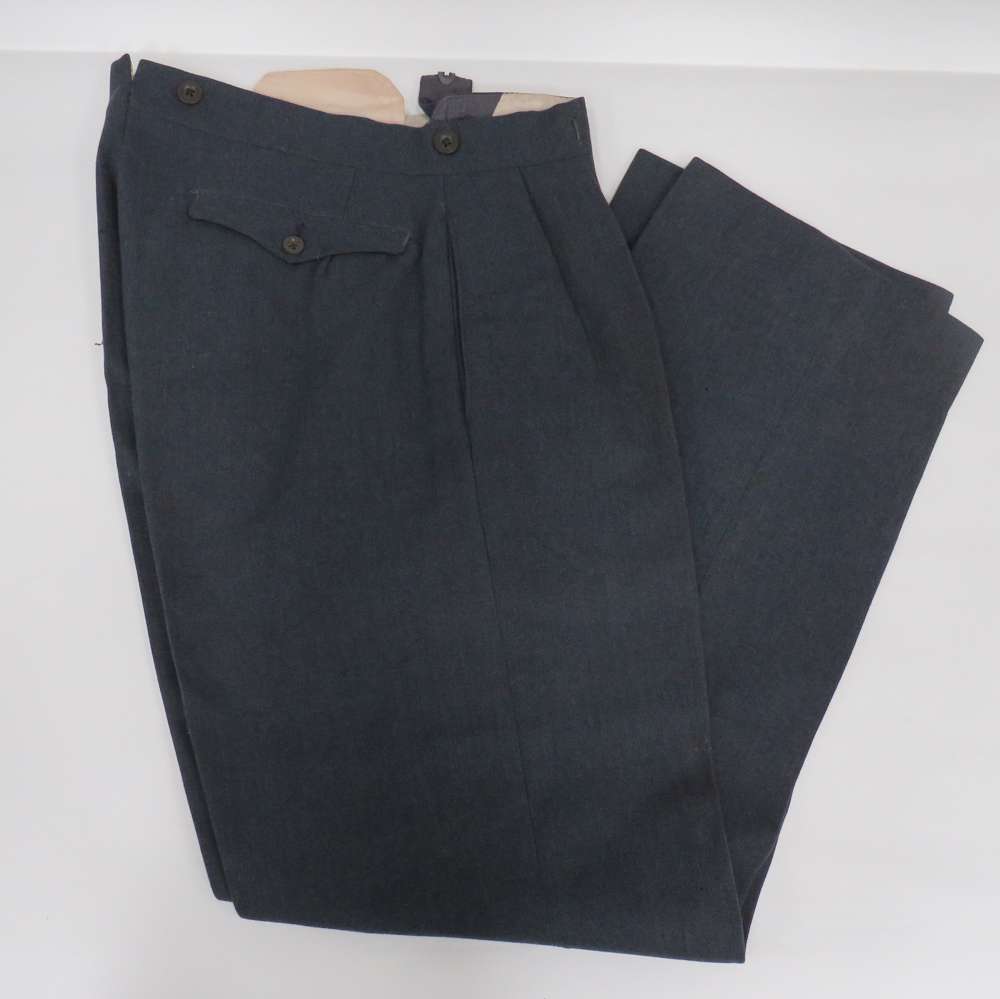 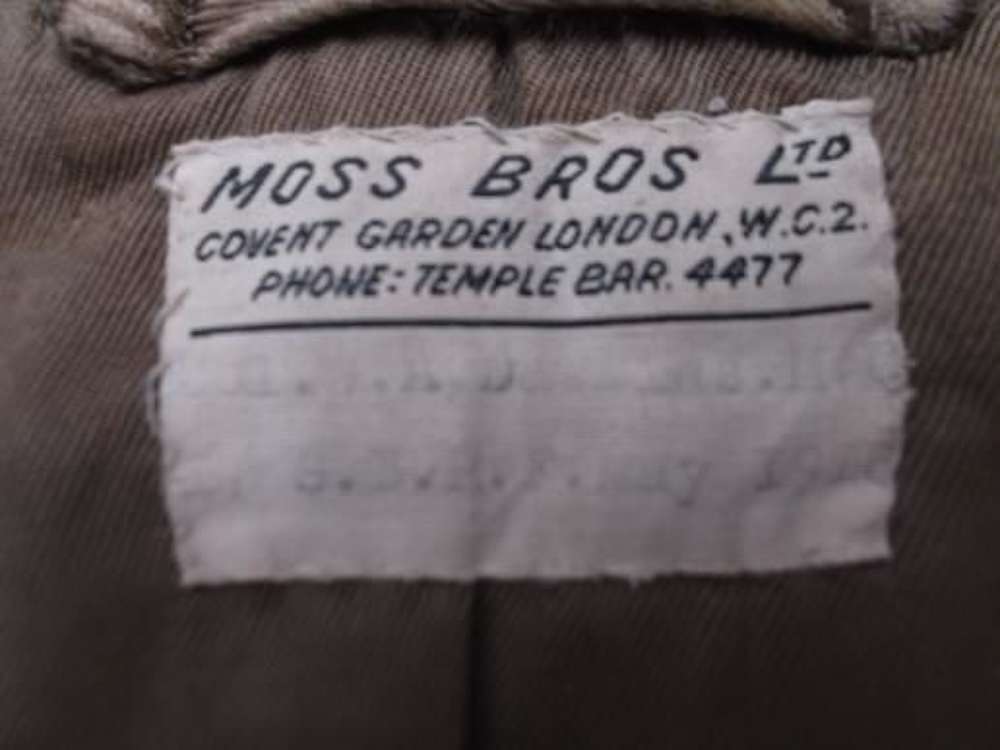