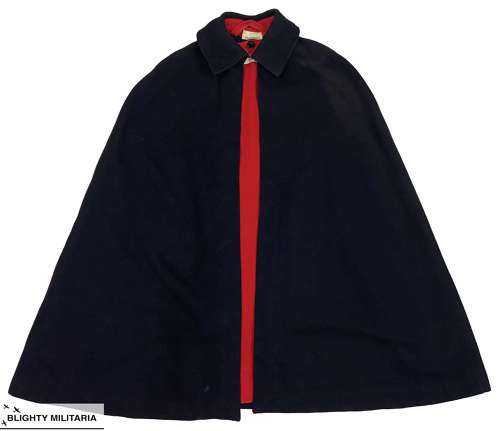 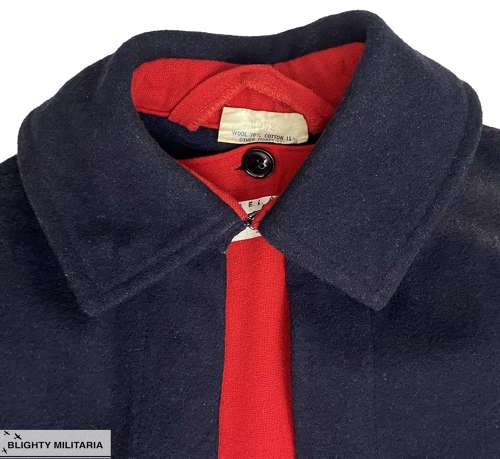 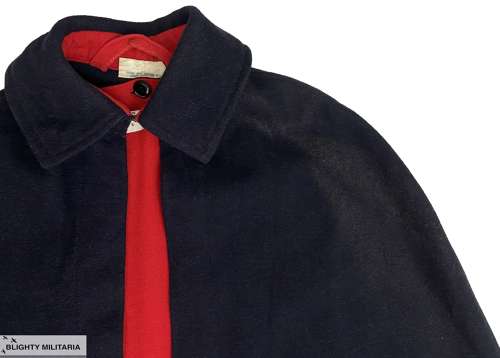 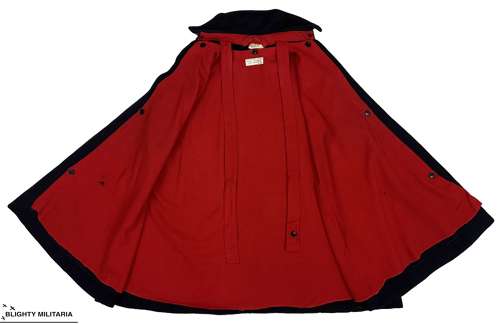 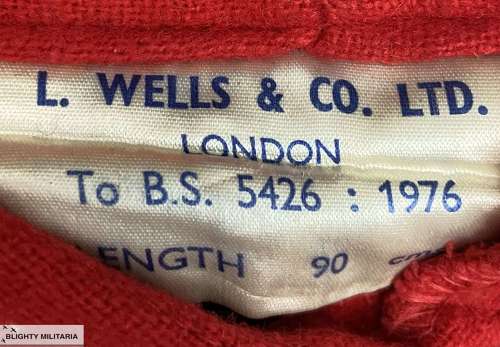 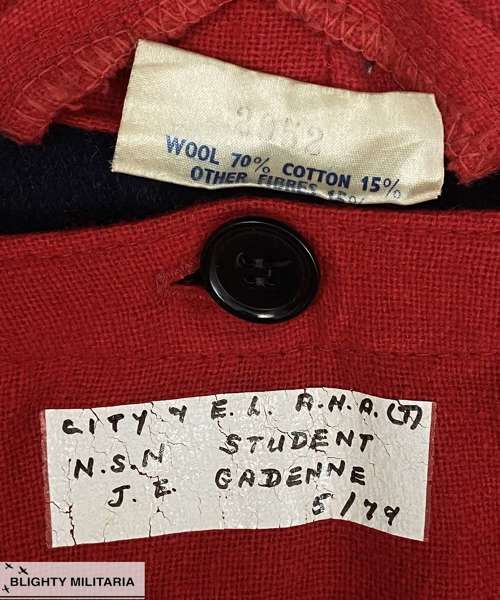 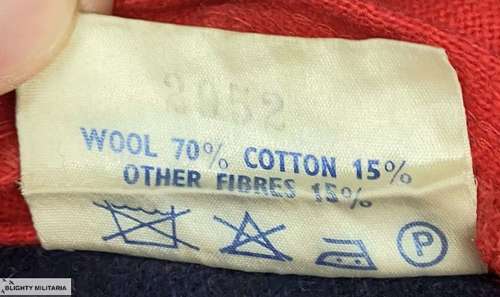 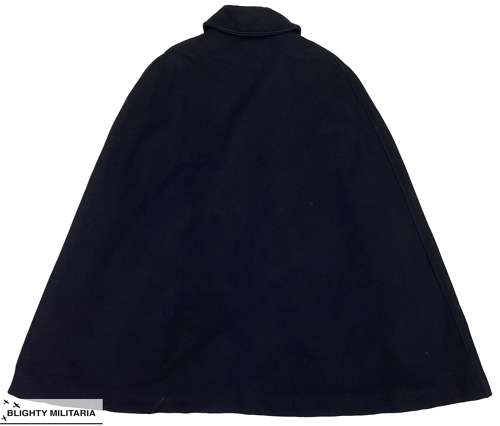 This style of cape was worn by various nursing services during both World Wars and through until the 1970s and early 1980s. The cape is a 'corridor' style cape and is therefore a short length which finishes below the hips. It is made from a dark navy blue coloured serge wool and features a red lining, again made from wool which is removable and held in with buttons. Two straps which are made from the same material as the lining are present and are worn crossed over the front of the wearer's body. These fasten with a single, plastic button and the front of the cape can also be fastened with two plastic buttons.

Inside the cap there are a number of labels which are all original to the garment. The British Standard Number of BS. 5426 is present along with the date of 1976 and the size which reads 'Length 90cms'. There is also a care label which states the material makeup of the cape and the original owner has added another label with her name and the date of 1979.

The cape is in good condition with some signs of wear and age. Overall it is very wearable with some superficial damage to the left shoulder as shown in picture 3. Please take time to study the pictures and bear in mind that it is a vintage, pre-owned item which may have small issues commensurate with age.

These capes were worn for many decades making them an iconic piece!