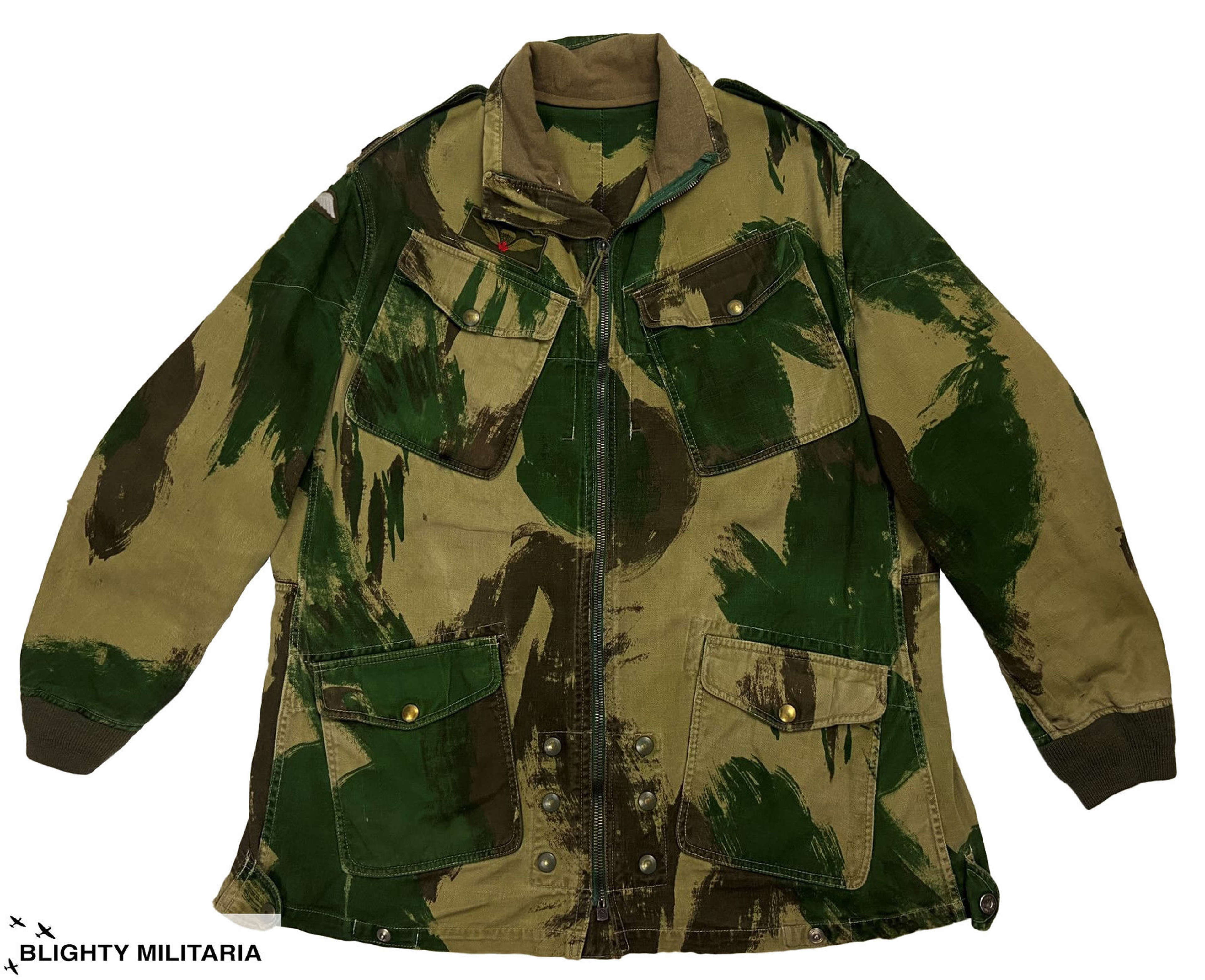 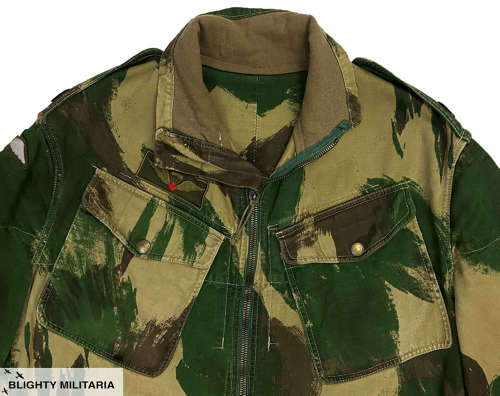 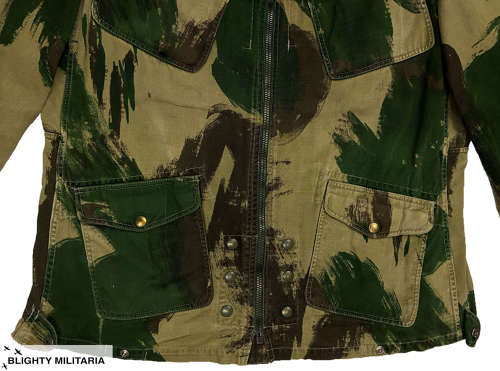 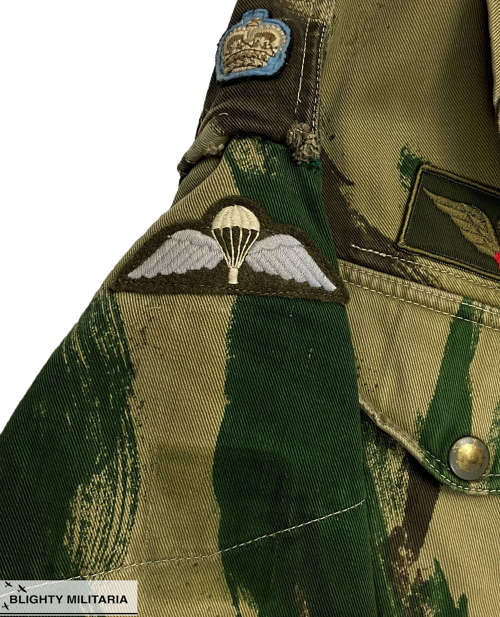 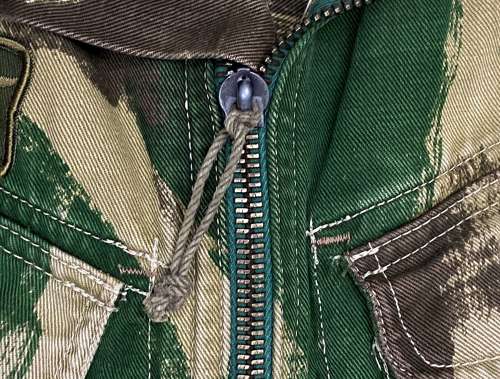 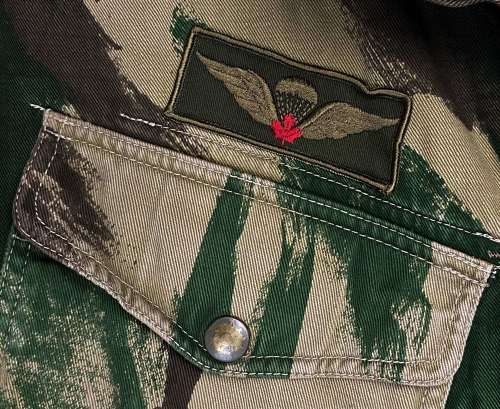 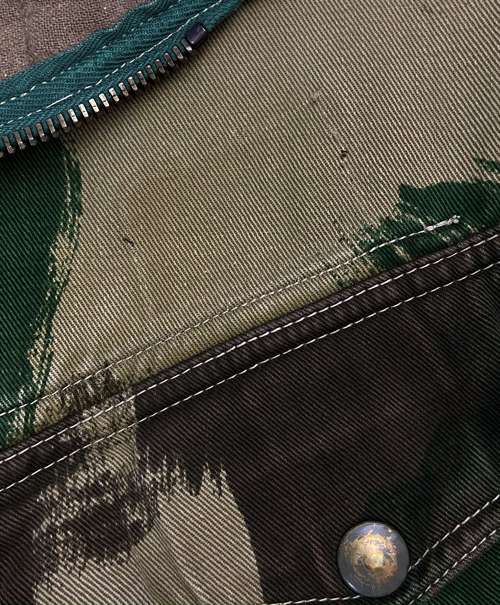 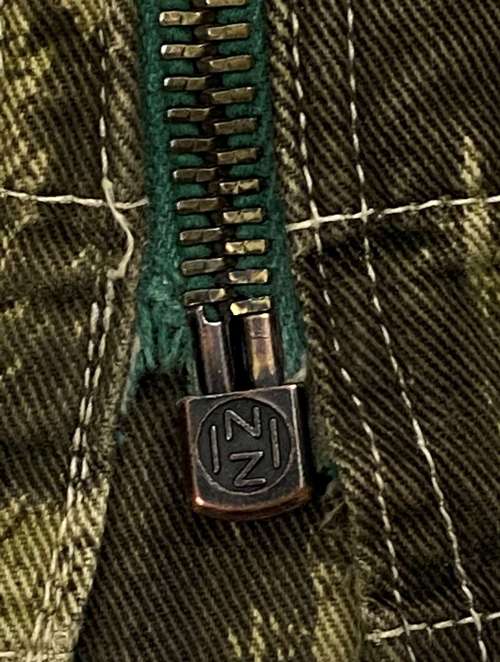 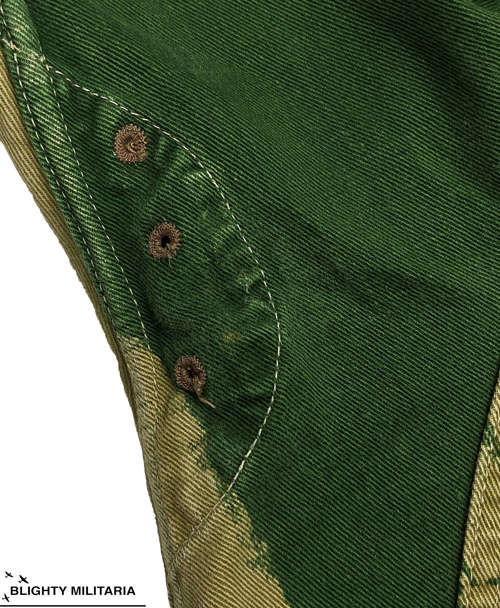 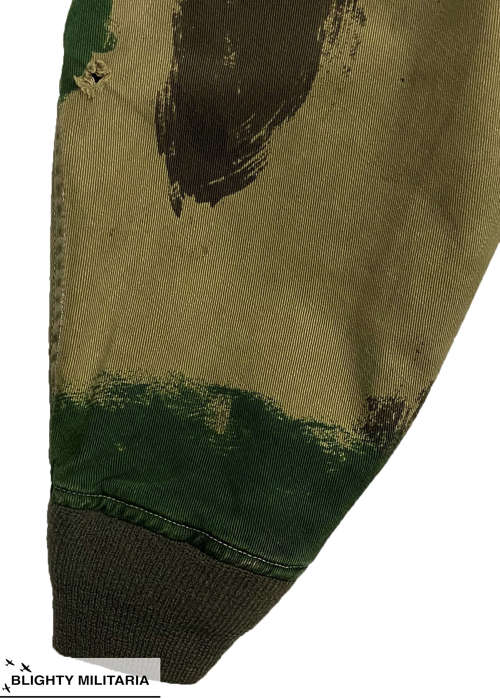 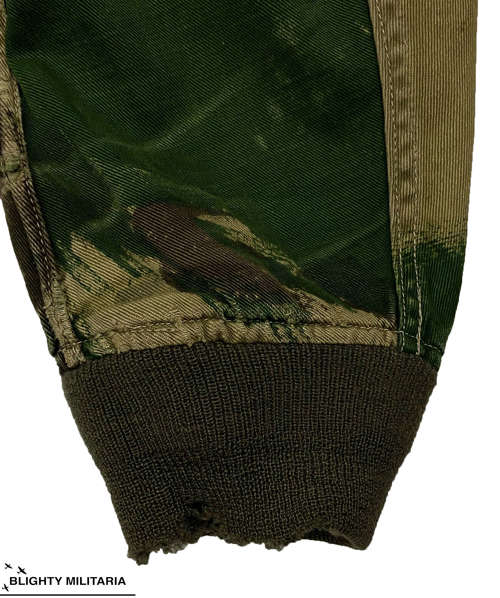 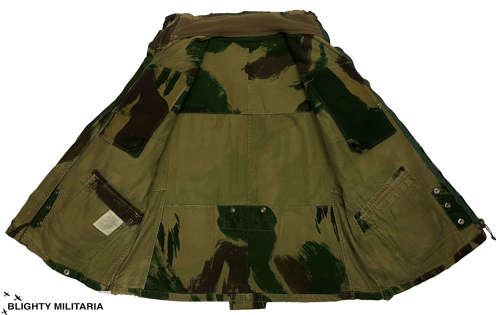 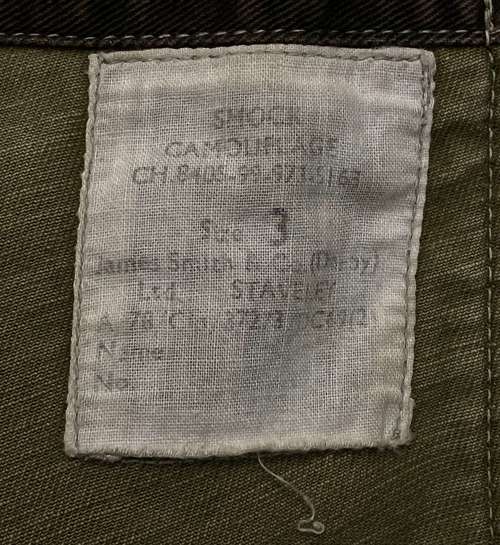 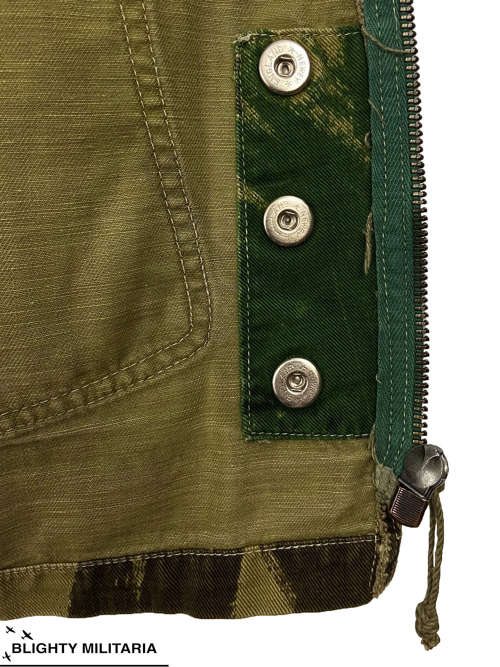 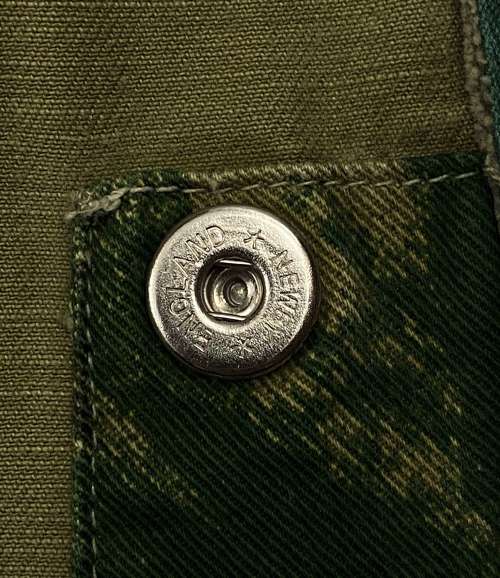 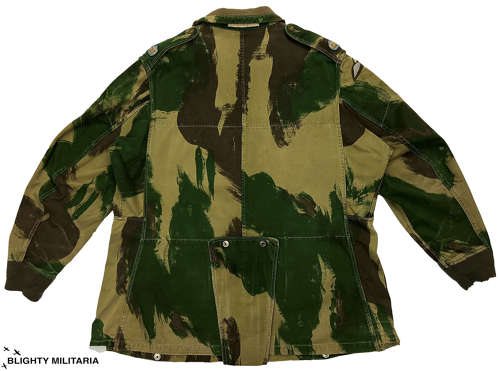 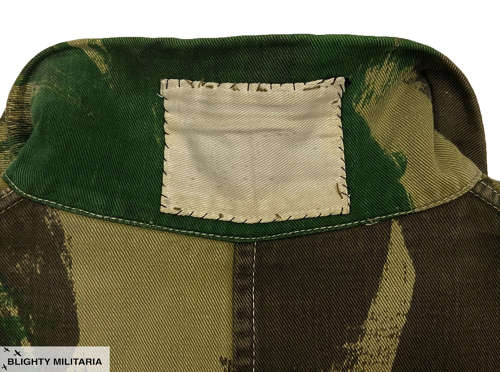 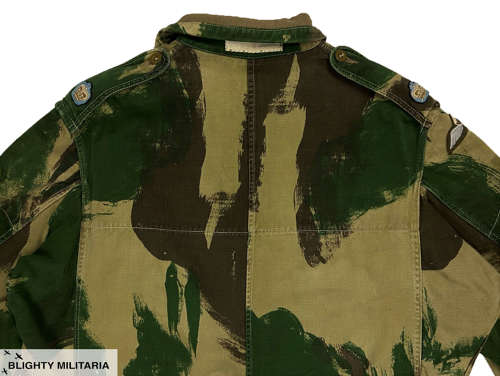 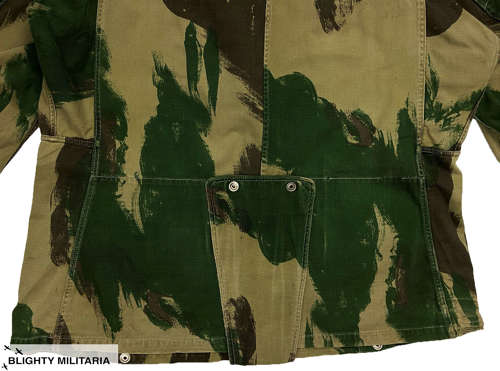 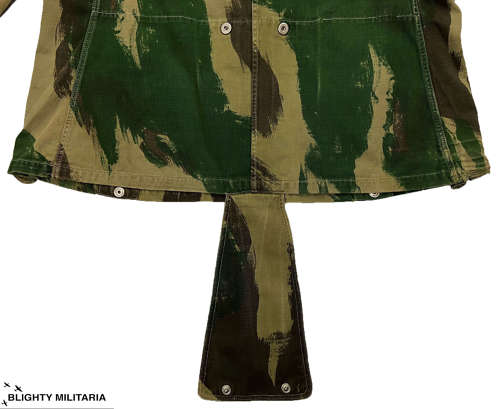 An original British Army 1972 Pattern Denison Smock which belonged to a Major in the parachute regiment.

Officially named 'Smock, Camouflage', this smock was the last pattern of 'true' denison smock to be manufactured. The similarity between this example and those of the Second World War are clear to be seen and it is unmistakably 'Denison'.

This example is particularly interesting as it belonged to a Major in the parachute regiment and clearly had a long service life throughout the 1970s. Insights into the original owner's career include the white 'follow me' patch stitched to the back of the collar - something usually associated with soldiers serving in Northern Ireland during The Troubles. It also features a Canadian parachute jump wing to the left breast which would suggest he spent time with the Canadian Airborne. He also served at another stage with the U.S. 82nd Airborne as his ERDL Camouflage jacket is badged as such and would suggest that he may have been part of an officer exchange scheme or similar.

The smock itself is a standard 1972 pattern featuring a screen printed camouflage pattern of greens and browns on a tan field. A full length 'NZ' branded zipper fastens the front and four patch pockets are present and close with 'Newey' branded press studs. Knitted cuffs are located to the end of each sleeve and epaulettes can be found at the shoulders. Queen's crown parachute Major crowns have been applied to these and a parachute qualification wing is fitted to the top of the right sleeve. The fishtail is still present and has not been removed or stitched to the smock.

Inside the smock the original label is still present and is clearly legible. It bears the title of 'Smock Camouflage' and the size of 3. Below this is the manufacturer's name 'James Smith & Co (Derby) Ltd' and the A/78 contract number which dates the smock to roughly 1971.

The smock is a medium size. Being a smock it is cut in a very loose, oversized manner and this must be taken into account when considering the measurements below. When laid flat measures -

The smock is in good condition overall with some signs of wear and use. There is a small hole to the right sleeve (picture 10) and the cuffs have some holes to them, as is often the case. The main zip works well although the bottom of the male side has frayed (picture 8) making it difficult to locate in the bucket to fasten the zip. I would suggest leaving the smock fastened unless there was a good reason to unzip it. Please study the pictures before purchasing and bear in mind that this is a pre-worn, vintage jacket.

A great example of this pattern of smock which has clearly seen some action! 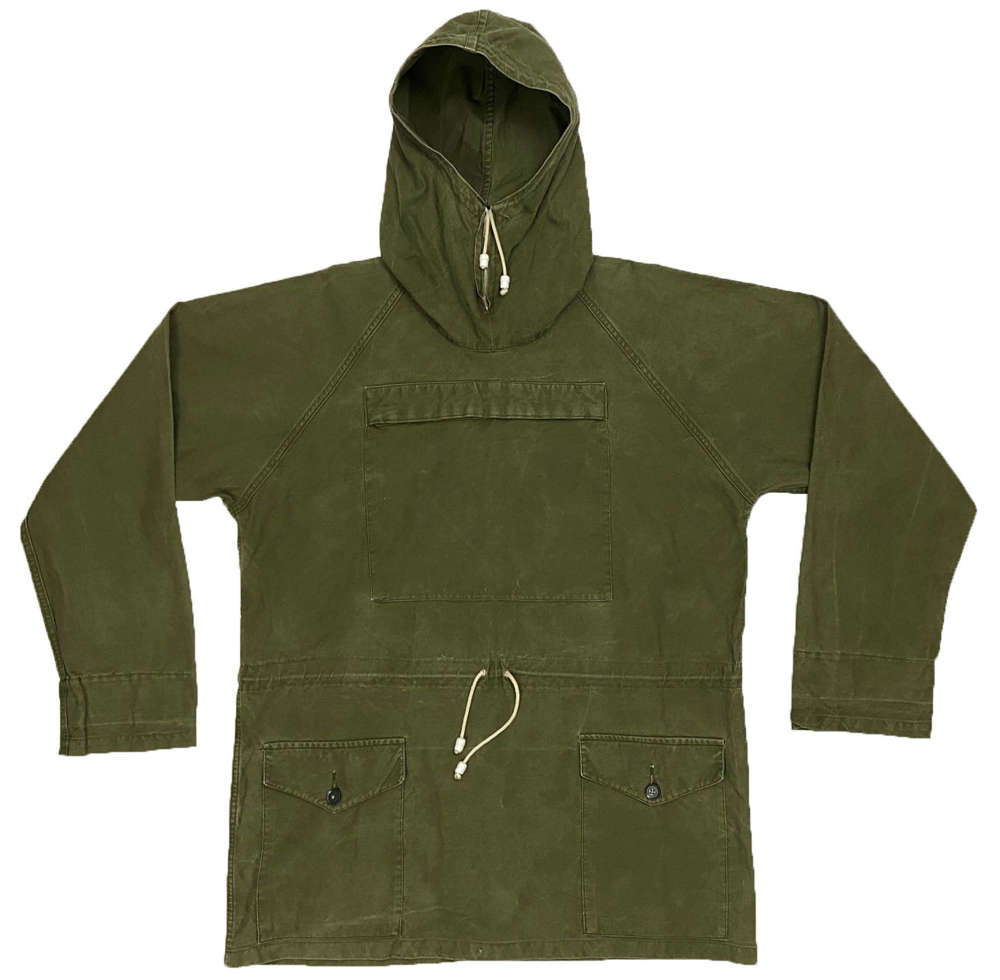 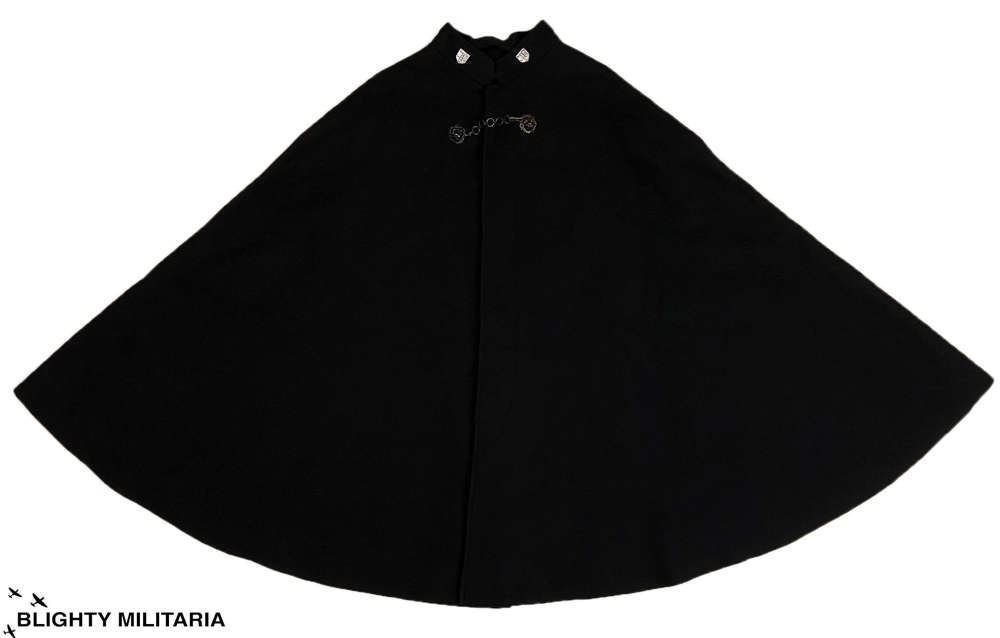 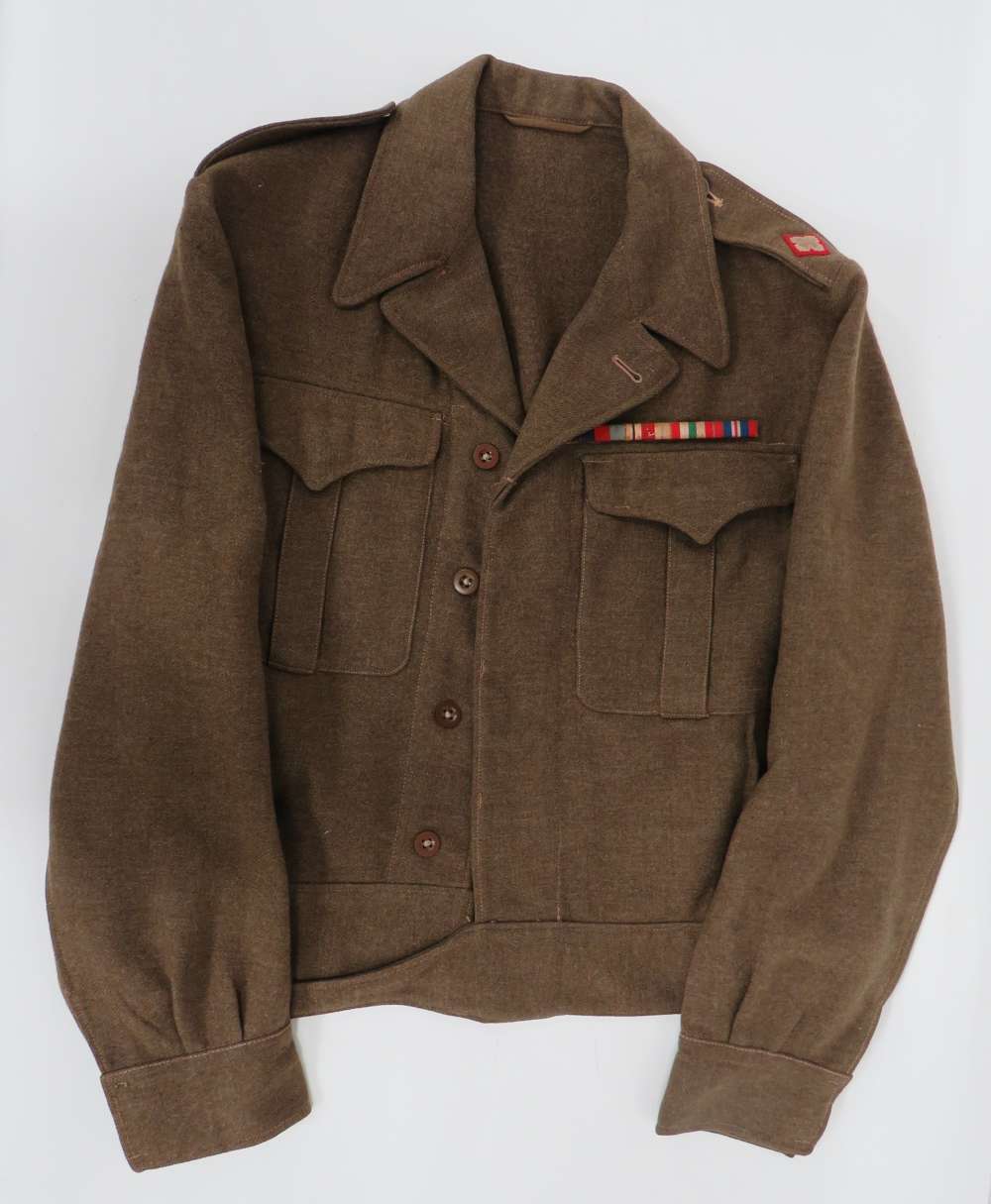 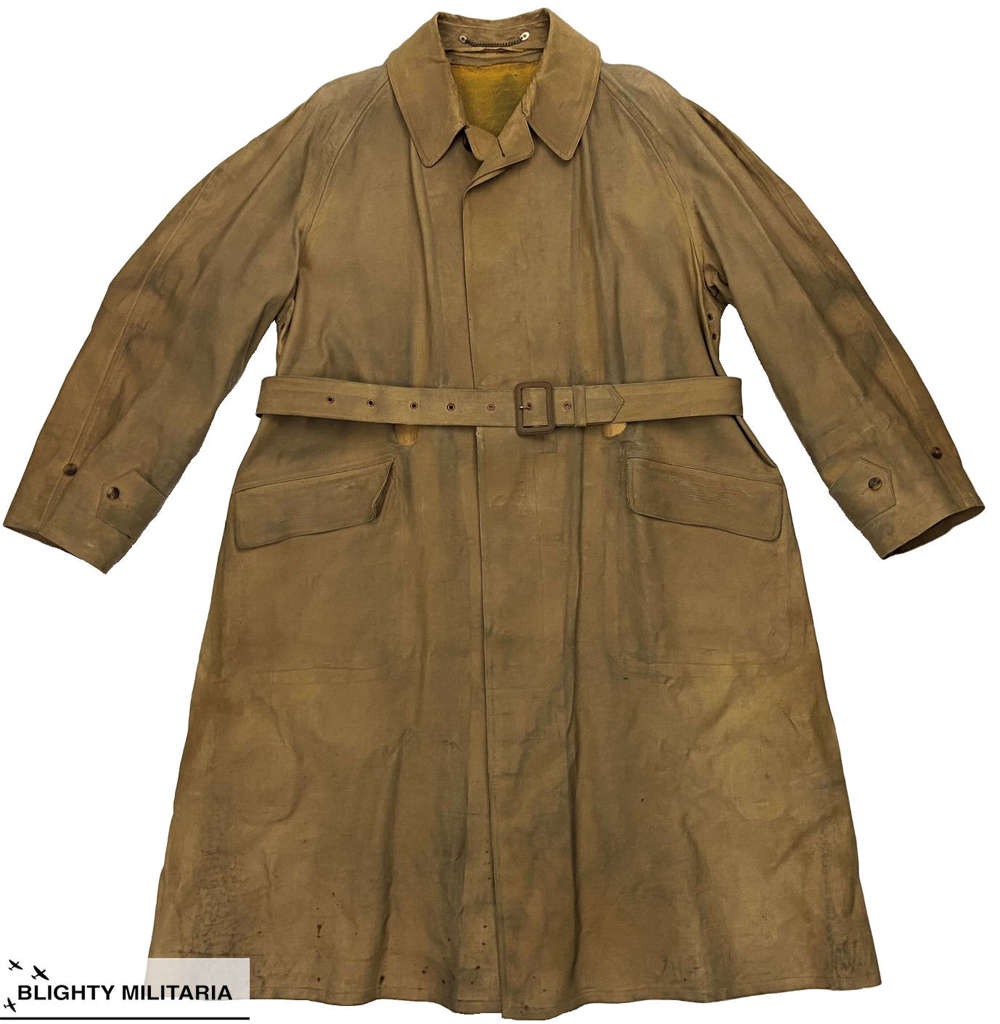