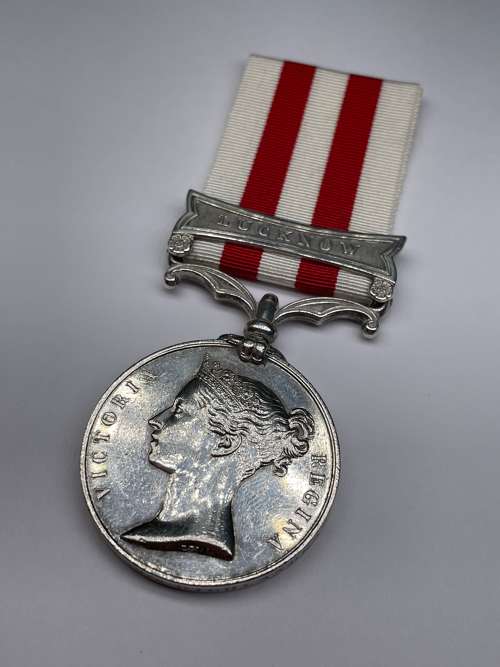 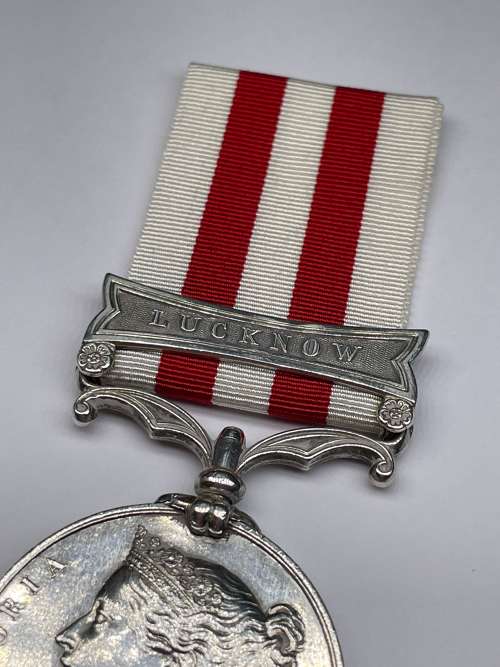 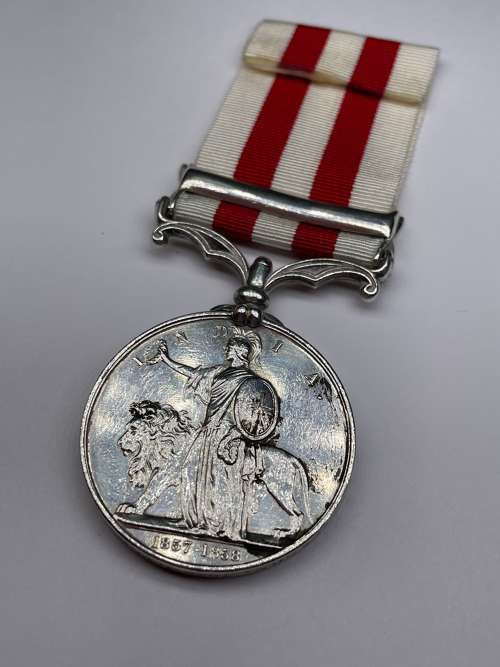 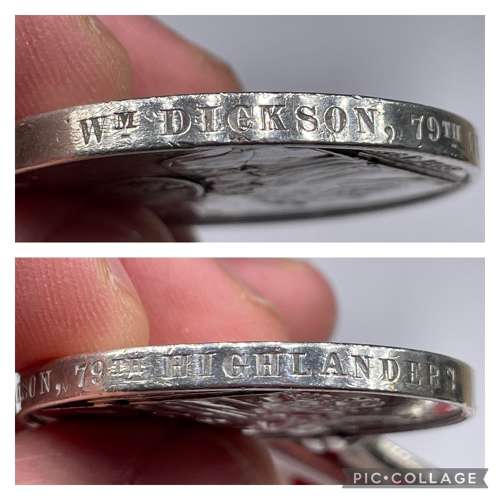 An original Indian Mutiny Medal with Lucknow clasp.  Suspension appears to have been refixed at some point and is currently very slightly slack.  Medal has been polished but there has been no loss of definition as often accompanies over-polishing.  Correctly named in impressed capitals to;

No service number is present, denoting an original issue and no rank, as Privates often did not have their rank imprinted on their medals.

The 79the Regiment of Foot (Highlanders) became The Queens Own Cameron Highlanders in 1873.

William Dickson (service number - 4599) appears on the Indian Mutiny Medal roll on Ancestry where his entitlement to the Lucknow clasp is confirmed.

Pte W Dickson (4599) also appears on the 1854 General Service Medal rolls, where he was entitled to a North West Frontier clasp.