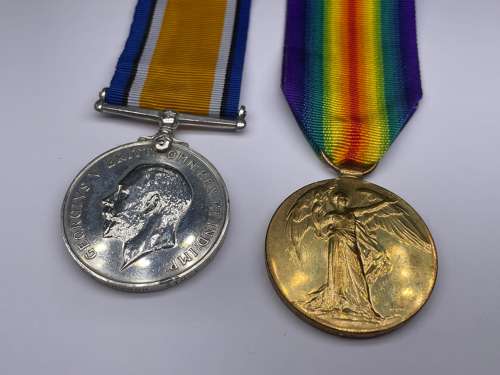 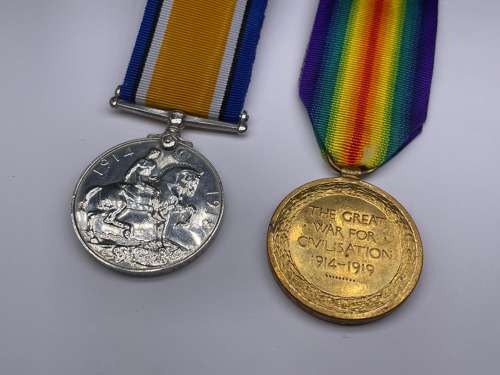 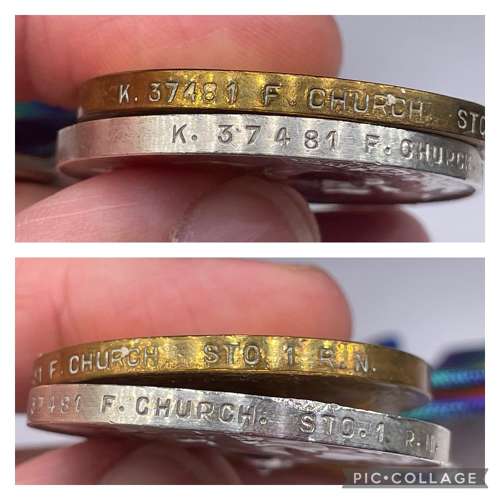 Fred Church was born at Witney, Oxfordshire, on 15 September 1892 and joined the Royal Navy, for hostilities only, as a Stoker Second Class in H.M.S. Pembroke II on 30 October 1916. He subsequently served in H.M.S. Gibraltar, H.M.S. Boadicea, and H.M.S. Pembroke II. He was advanced to Stoker First Class on 14 August 1917 and was shore demobilised in May 1919. His service record notes that he had prior service with the Royal Naval Volunteer Reserve.