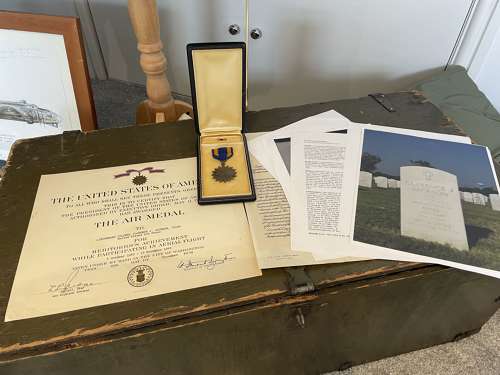 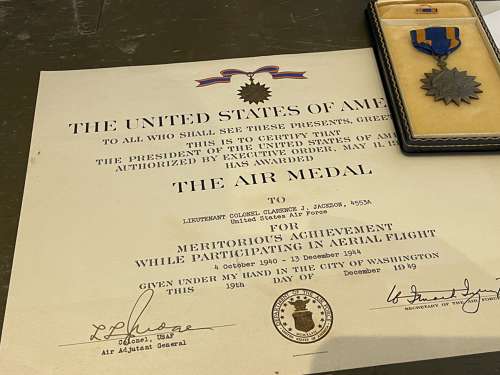 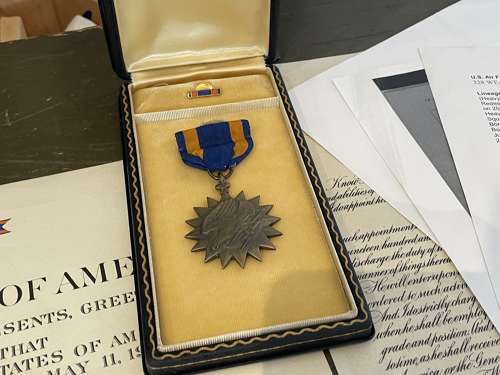 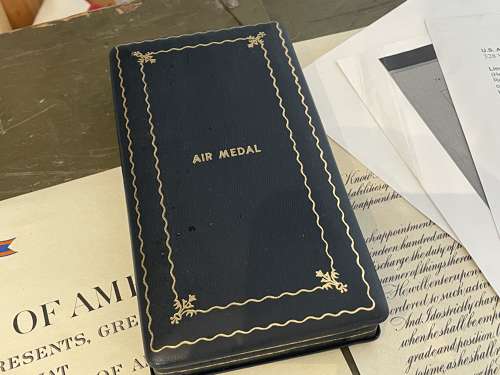 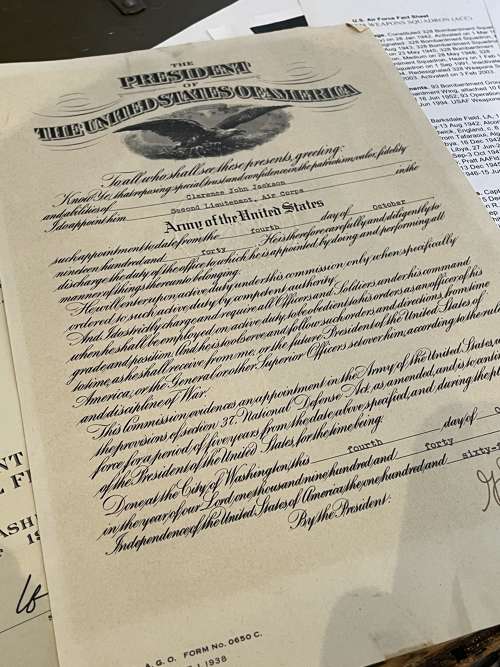 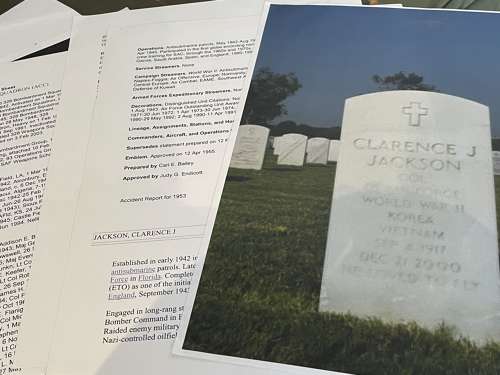 This lot was obtained directly from the US and whilst the medal is un-named, the additional paperwork comprises;

1. A certificate confirming that Lieutenant Colonel Clarence J Jackson, 4553A was entitled to the Air Medal, dated 19 December 1949, and awarded for 'Meritorious achievement whilst participating in aerial flight, 4 October 1940 to 13 December 1944'.

2. His commission documents confirming he was commissioned a Second Lieutenant on 4 October 1940.

3. A potted history of the 328th Weapons Squadron.

During World War Two, the 328th Bombardment Squadron (as it was then) was part of the 93rd Bomb Group, a B-24 unit.  They arrived in England as one of the first groups to form the VIII Bomber Command, being stationed at Alconbury and then Hardwick.

They were transferred soon to IX Bomber Command in North Africa to assist in the follow up from Operation Torch and the liberation of North Africa, as well as operations against Romaina (include Ploesti) and Italy.  In mid-1943 they returned to Hardwick and commenced operations against Germany as part of the 8th Air Force.

The document confirms Clarence J Jackson was Commanding Officer of the 328th between 25 July 1945 and mid-1947, when they were re-equipping with B-29s.  I do not know the date he joined the unit.

4. Photographs of his headstone, showing he also served in Korea and Vietnam.  The last line of the headstone reads 'He Loved To Fly'.

Information on Fold3 shows he was rated 'Senior Pilot'.

The footlocker does not form part of the sale.