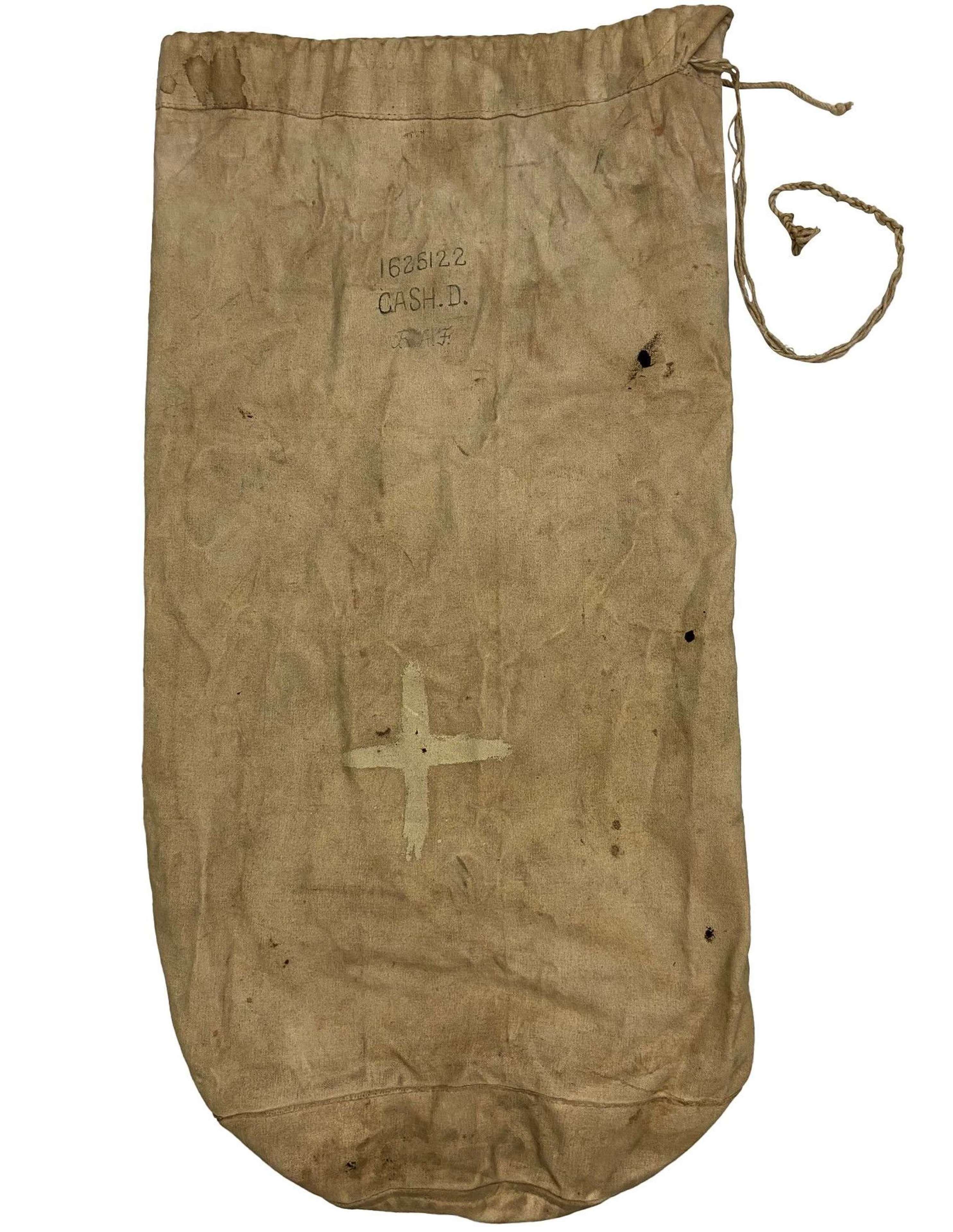 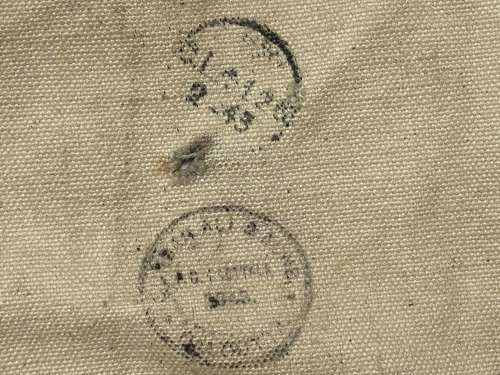 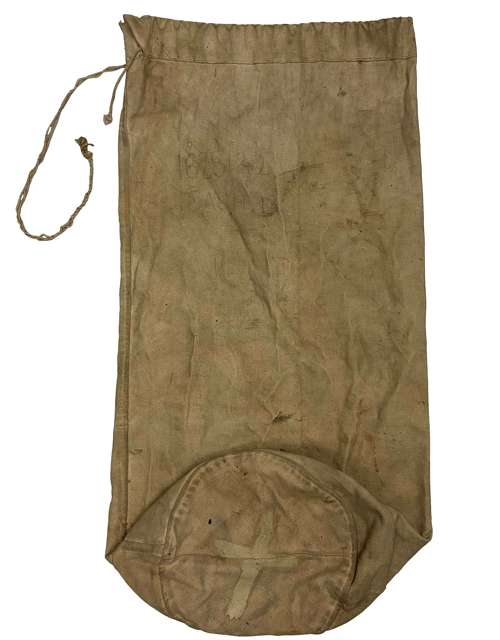 A nice original wartime example of an Indian made RAF kit bag dated 1943.

This example is made from a off-white coloured canvas and features a drawstring to fasten the top. The original owner's name and number have been inscribed on the side of the bag which reads 1625122 Cash. D. and the letters 'RAF' can be seen underneath. Flight Sergeant Cash who flew Hadrian (better know as Waco CG-4) Gliders with 670 Squadron in the Far East

The bag has two stamps. Inside is the standard circular stamp found on all Indian made items which bears the date of February 1943.

The bag is in used condition but appears to be sound. The drawstring is heavily worn but can still be tied.

All together a good original war dated indian made kit bag. 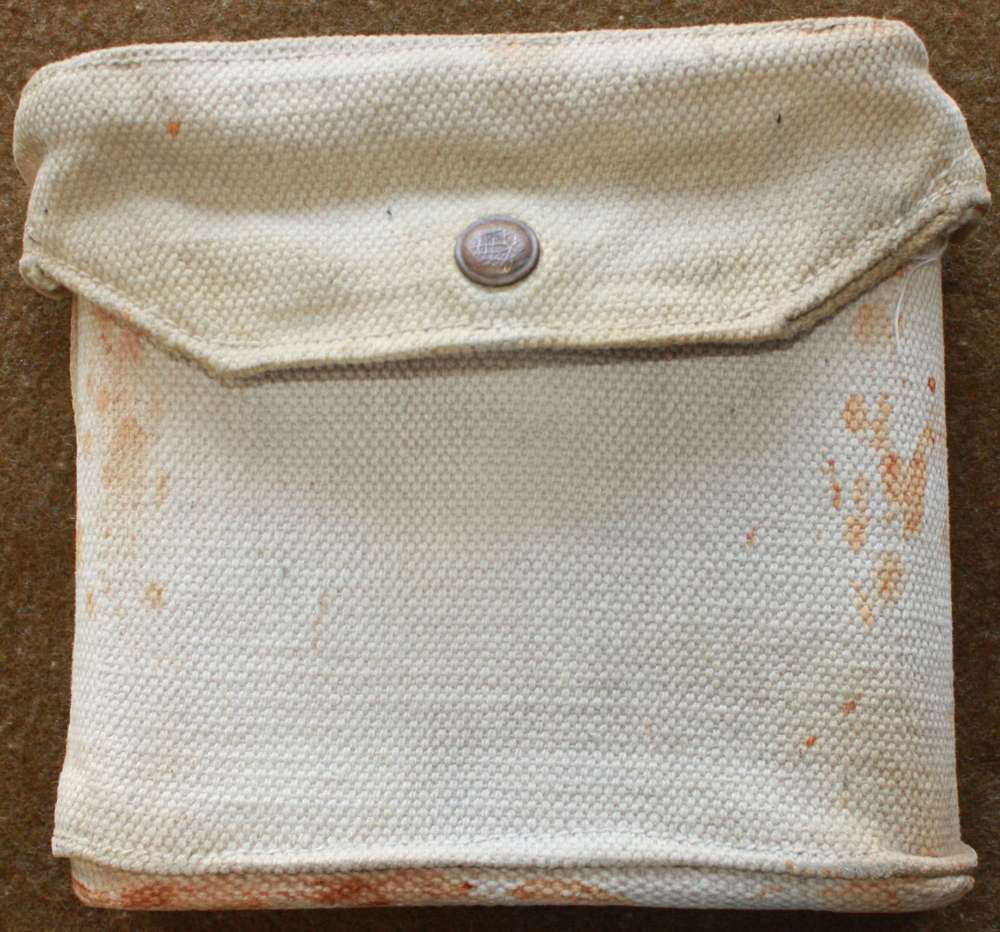 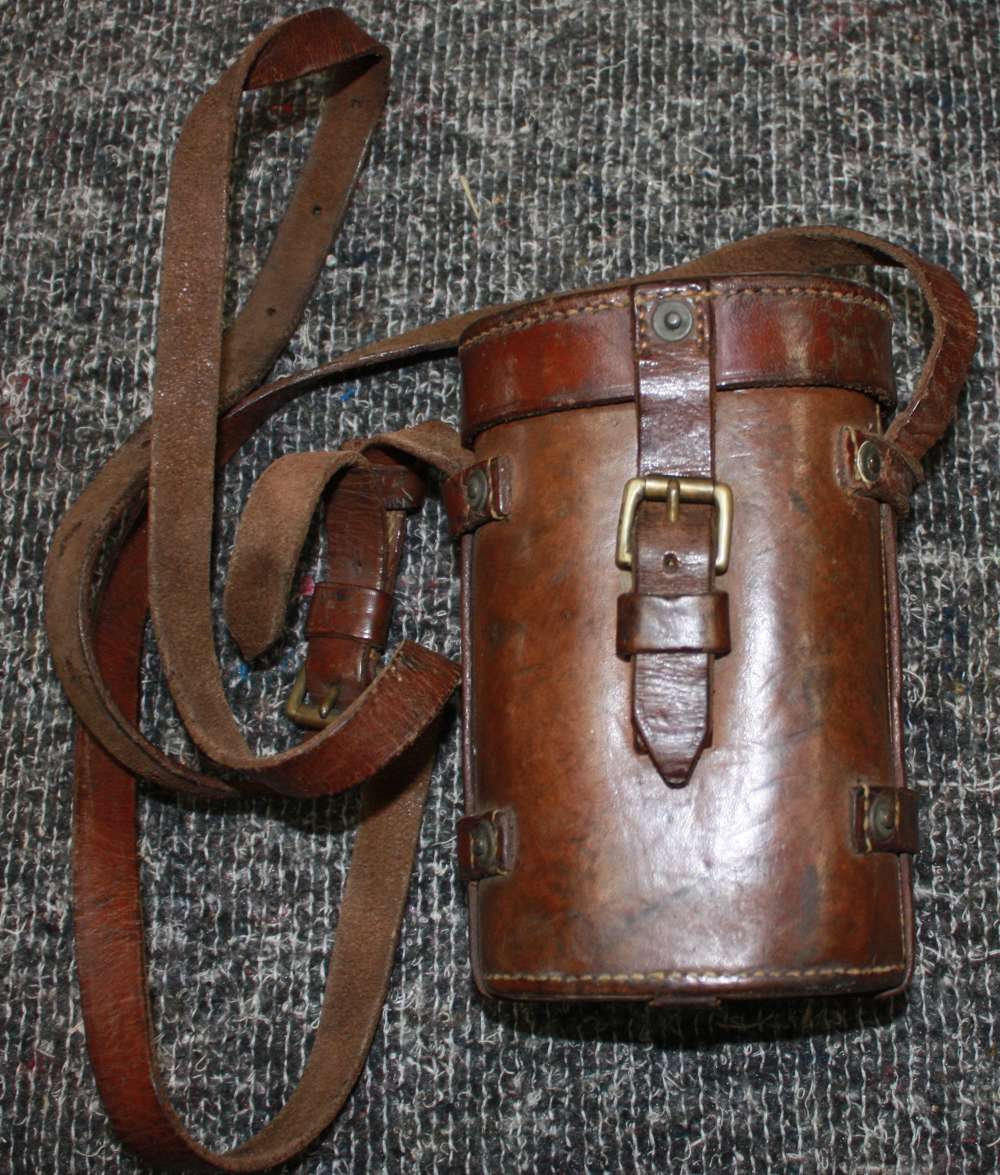 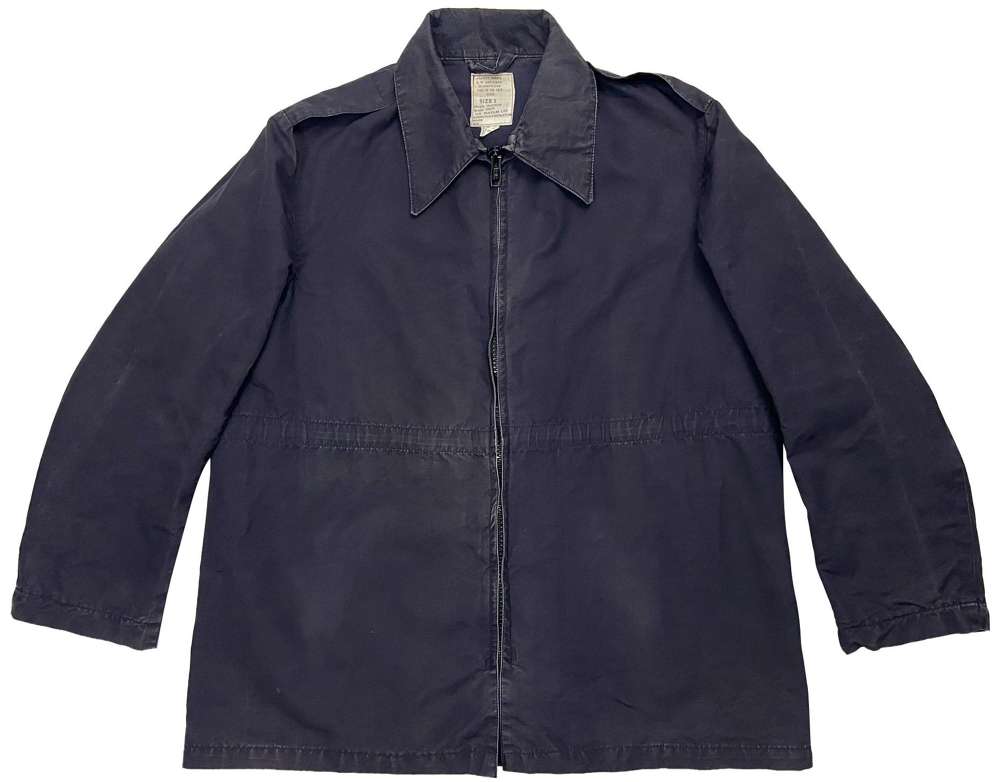 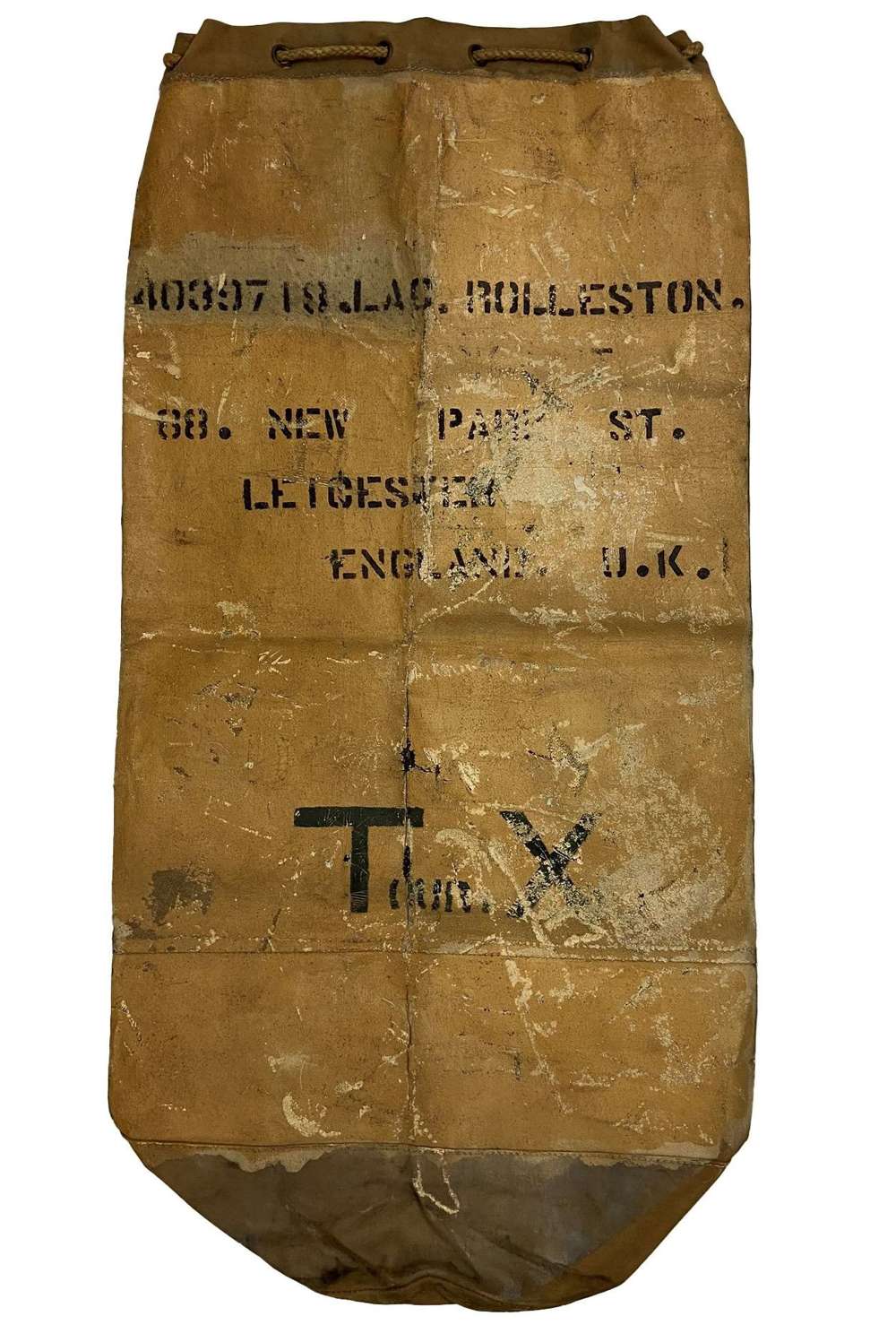 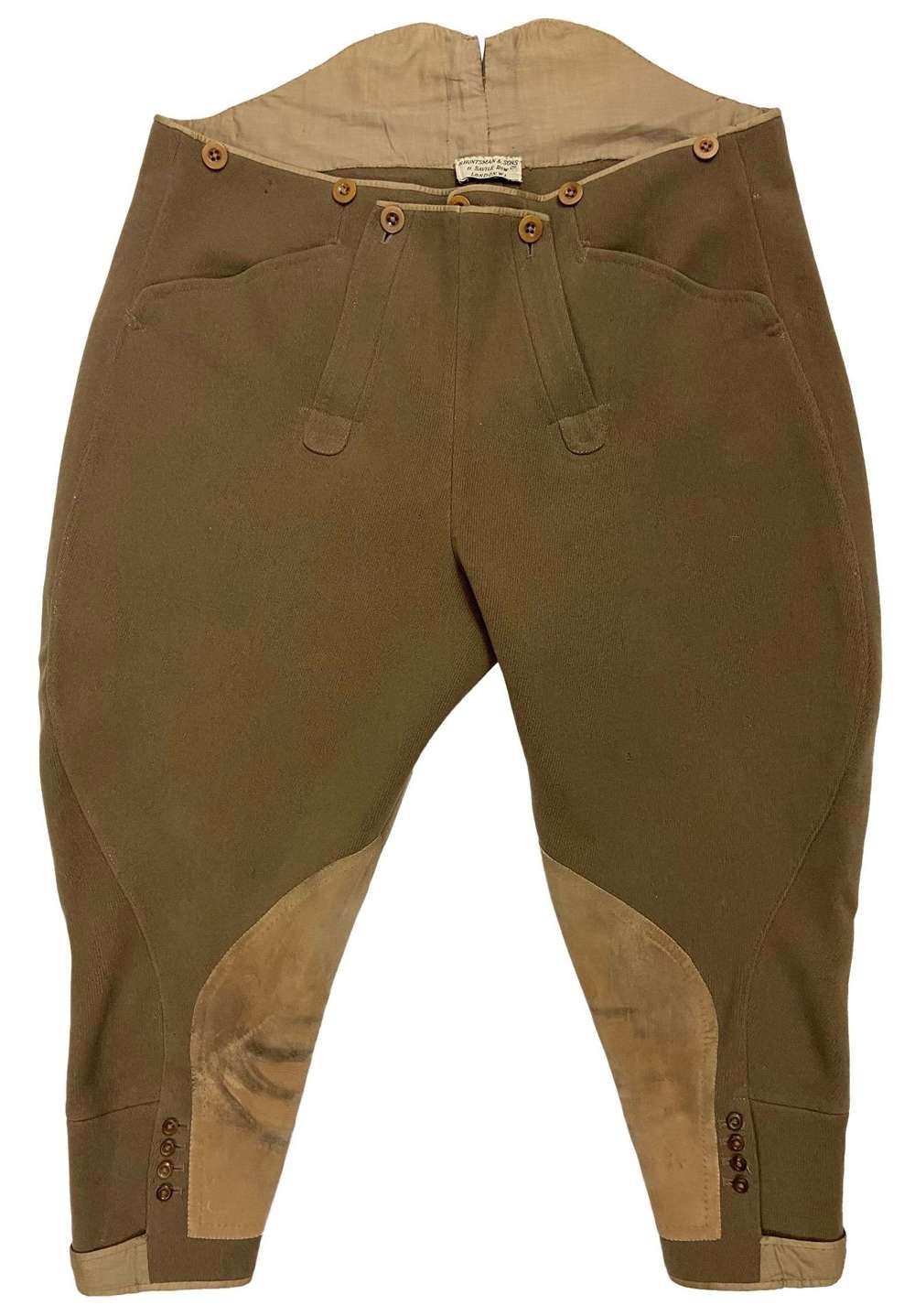 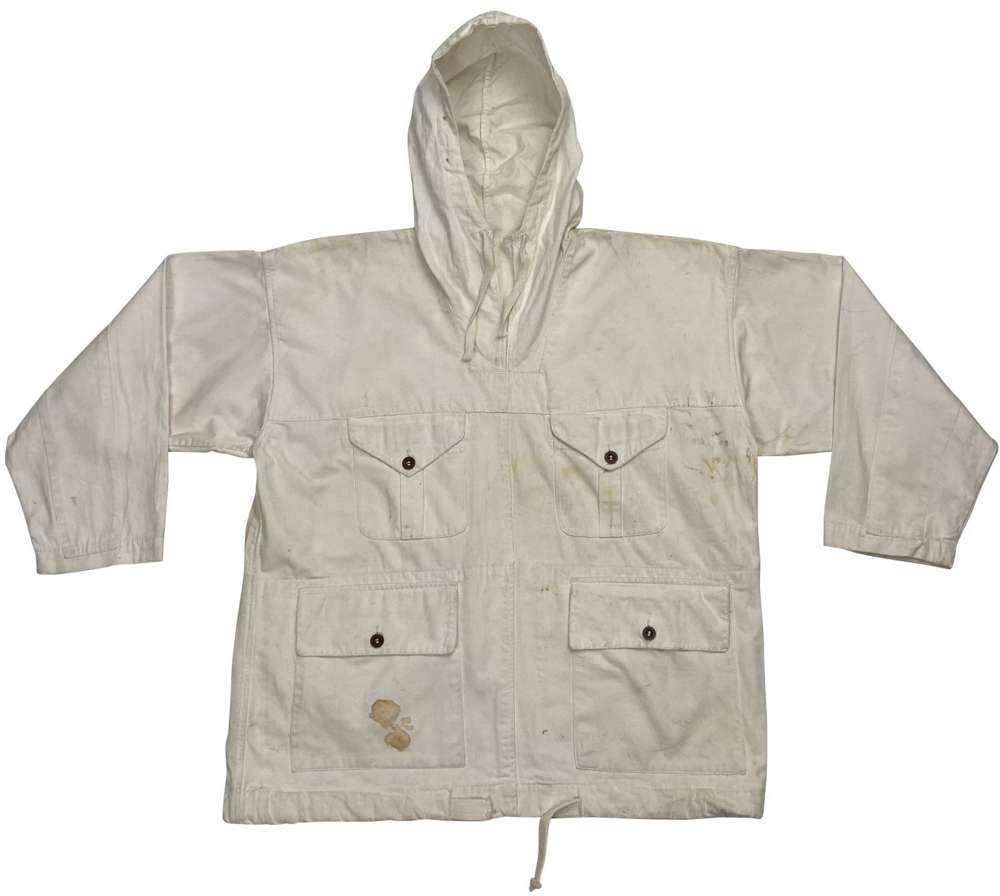