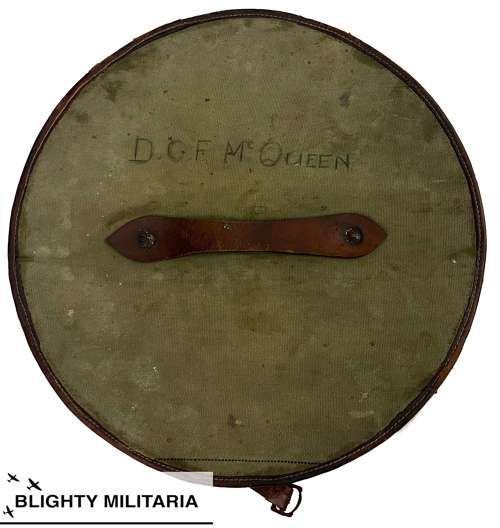 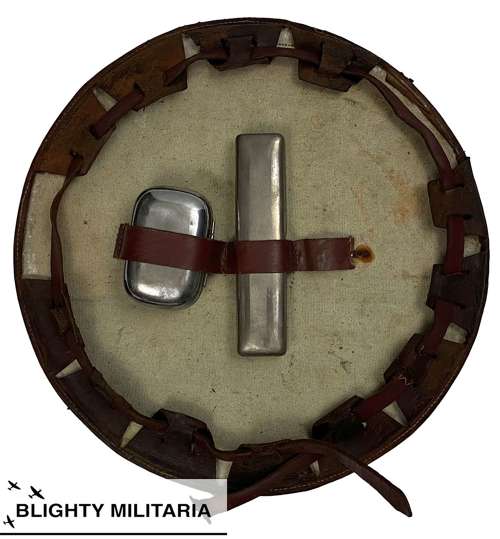 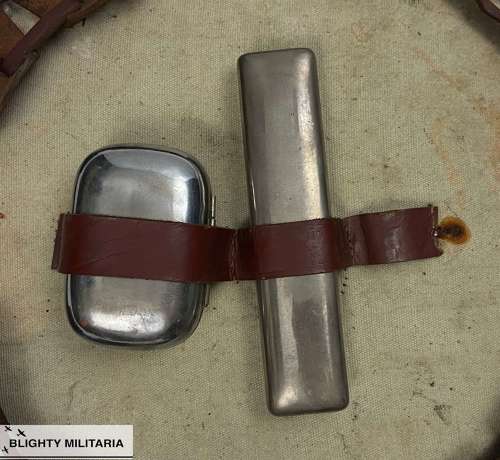 This item belonged to D. C. F. McQueen who has records showing he served as a Second Lieutenant with the British Army in India in 1940 and 1941. It is possible that he used this item during this period.

The cover is the standard private purchase type which consists of leather and canvas in the same style as was made during the inter-war period and still seen in the early part of WW2. It features a leather strap and well as a leather belt and buckle to fasten it around the mouth of the bowl. To the underside are more leather loops to which accessories in tins are fitted. The owner has marked his name in ink to the top side which reads 'D.C.F. McQueen'.

The overall condition of the item is good as can be seen in the pictures. There are some signs of age and wear etc, but on the whole it displays well.