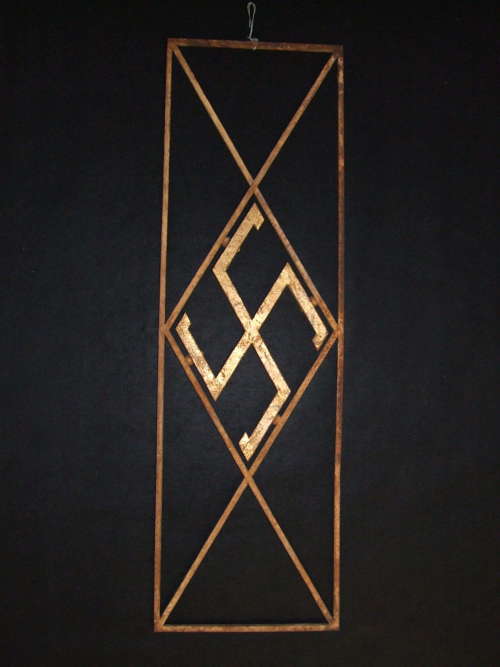 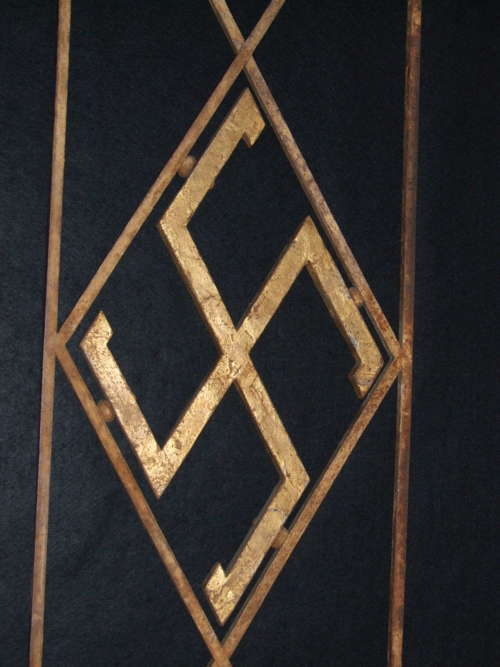 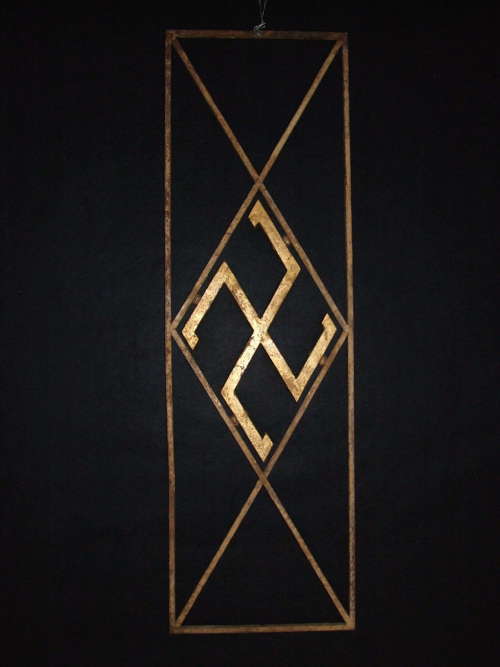 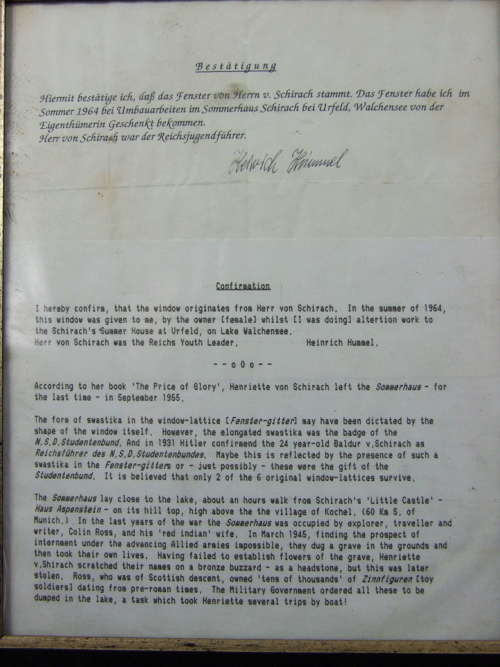 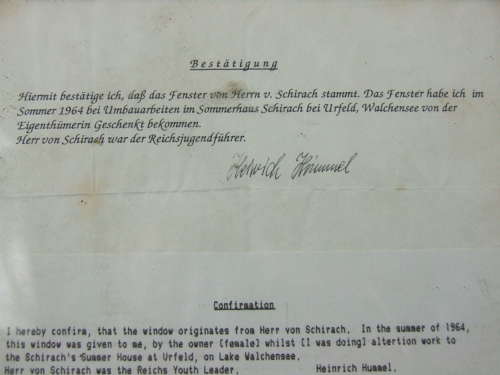 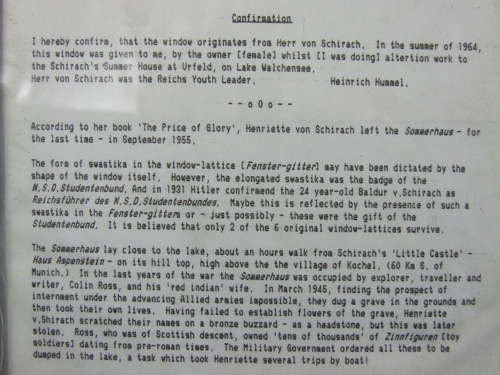 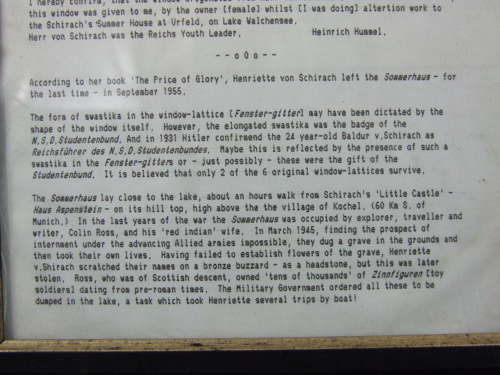 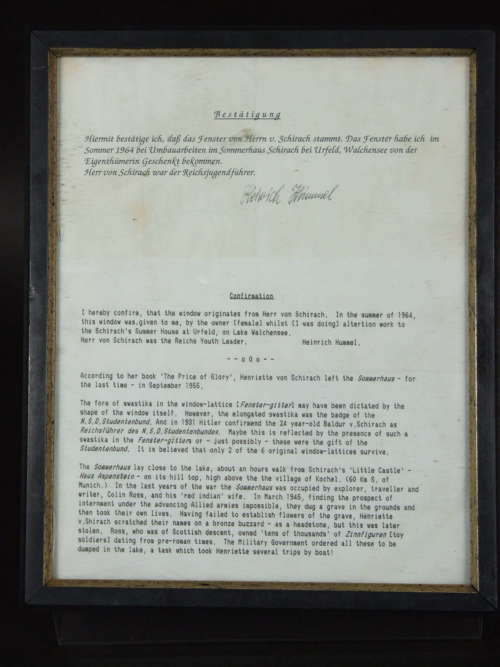 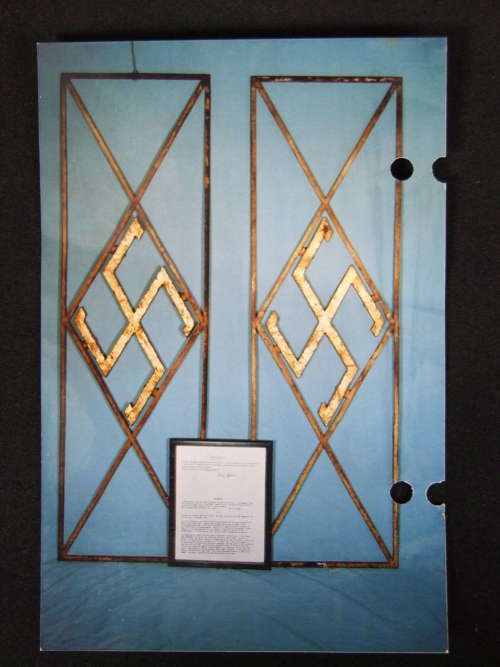 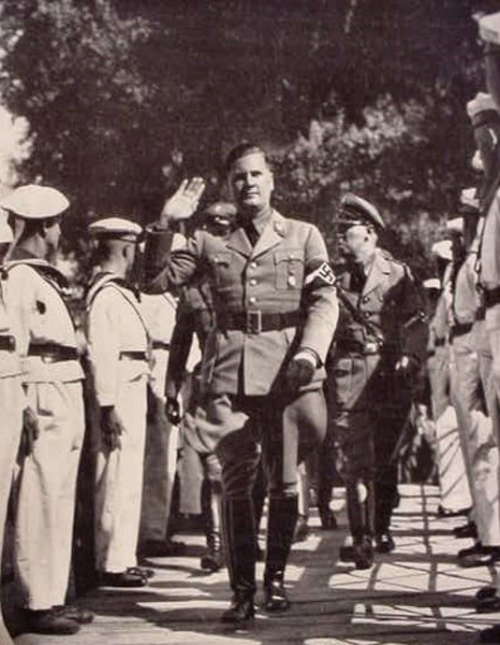 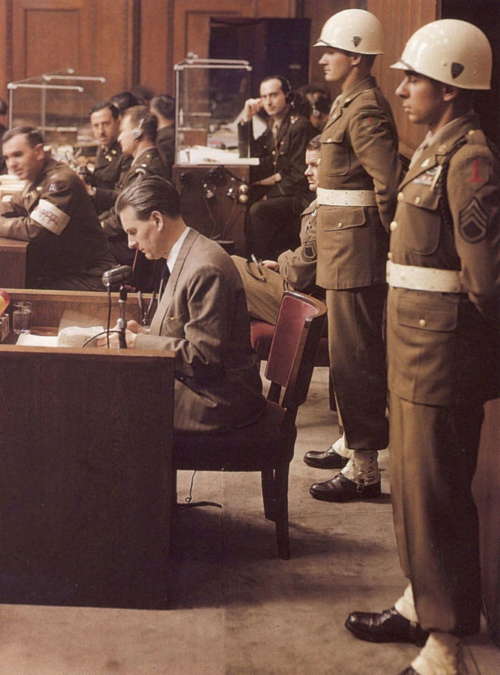 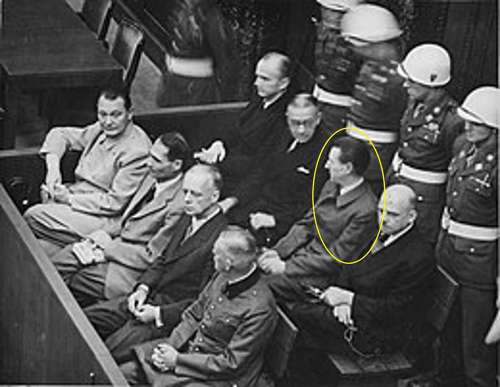 Believed to be only one of two remaining in existence, this Iron Window Lattice measures 104cms x 32 cms and was taken from the Summerhouse at the former property of Herr Von Schirach, the leader of The Reich Hitler Youth.

Constructed in iron, the cranked Swastika at centre is that of the N.S.D. Studentenbund, the organisation headed by Von Shirach prior to his appointment as Leader of the Hitler Youth.

The Lattice is accompanied by a letter of confirmation from one, Henrich Hummel which states” I hereby confirm that the window (lattice) originates from Herr von Schirach. In the summer of 1964 this window (Lattice) was given to me by the owner (female) whilst (I was doing) alteration work to the Schirach’s Summer House at Urfeld, on Lake Walchensee. Herr von Shirach was the Reich Youth Leader.”

The statement goes on to say:

The form of the window-lattice may have been dictated by the shape of the window itself. However, the elongated Swastika was the badge of N.S.D Stutenbundes. In 1931 Hitler confirmed the 24 year old Baldur von Schirach  as Reichfuhrer des N.S.D. Studentenbundes. Maybe this is reflected by the presence of such a Swastika in the (Lattice) or just possibly these were the gift of the Stutenbundes. It is believed that only 2 of the of the original lattices survive.

The Somerhaus lay close to the lake, about an hour’s walk from from Schirach’s “Little castle” – Haus Aspenstein- on the hill top, high above the village of Kochel, 60kms South of Munich.

In the last years of the war the Somerhaus was occupied by explorer, traveller and writer, Colin Ross, and his Red Indian wife. In March 1945, finding the prospect of internment by the advancing allied armies impossible, they dug a grave in the grounds and then took their own lives. Having failed to establish flowers on the grave, Henriette v. Schirach scratched their names on a bronze buzzard – as a headstone, but this was later stolen.

Ross, who was of Scottish descent, owned ten of thousands of Zinnfiguren (toy soldiers) dating from pre Roman times. The military government ordered all these to be dumped in the lake, a task which took Henriette several trips by boat!

The internet has extensive information on Von Schirach and his rise to fame under the Nazi regime until his eventual fall from favour with Hitler but he is perhaps best known for his position as head of the Hitler Youth. He was married to the daughter of Hitler’s personal photographer Hoffmann and gained access to the Fuhrer’s inner circle though that marriage. After the war he was found guilty of crimes against humanity and sentenced to 20 years in Spandau prison, a term he served in full. After his release he was interviewed by David Frost

An amazing and historically important artefact in very good condition

Kreigsmarine Chevon for a Gefreiter