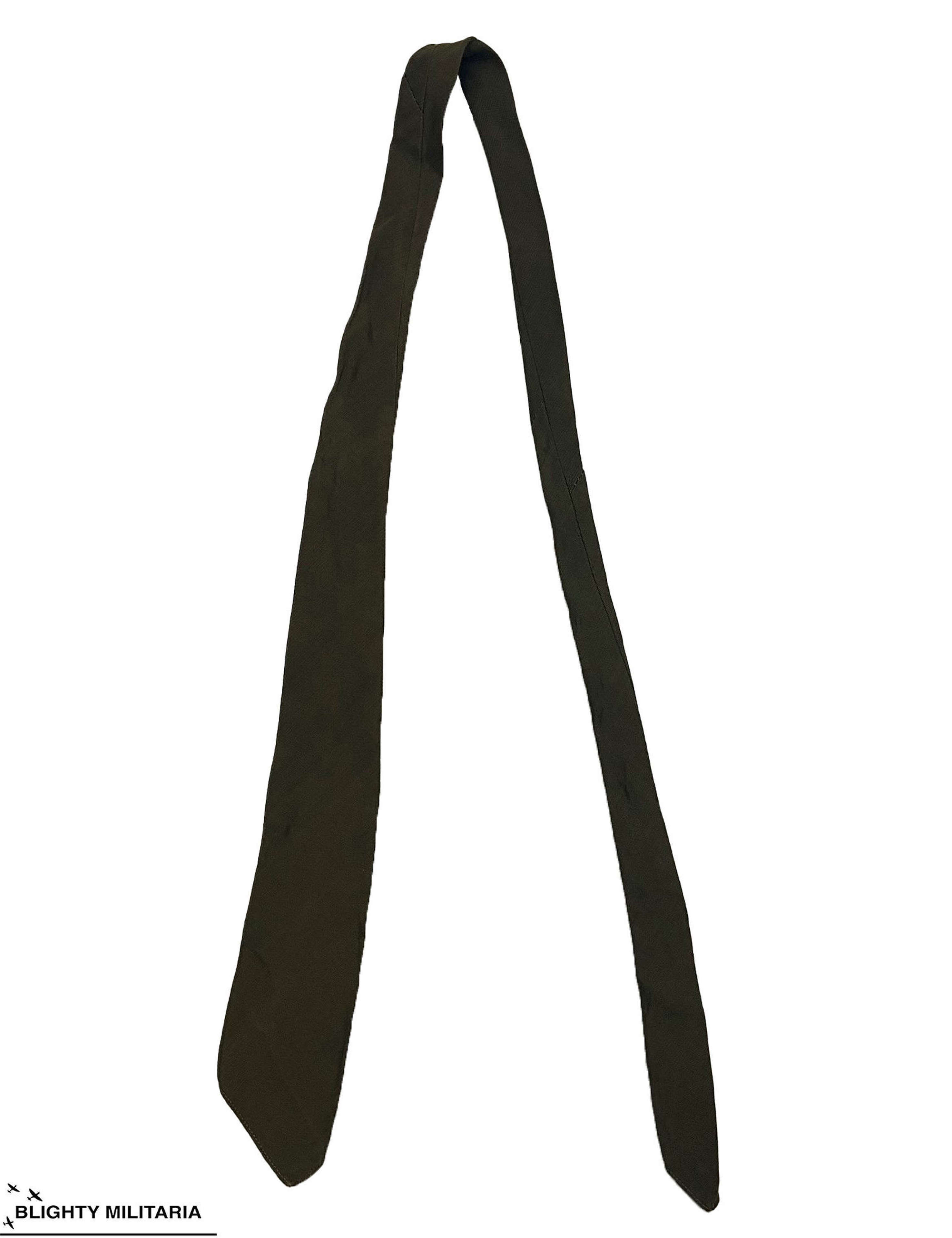 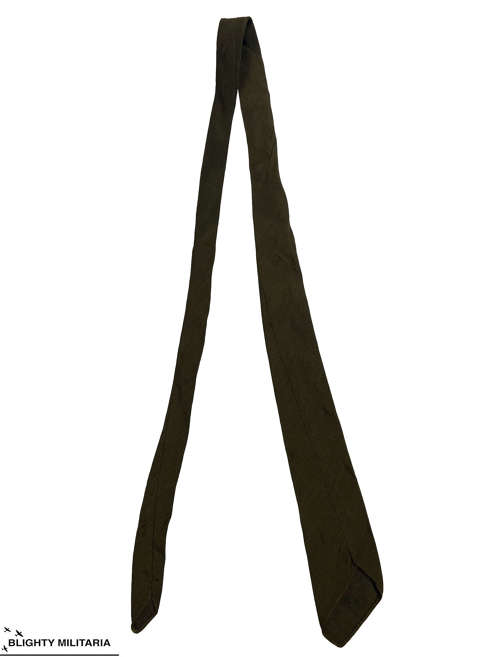 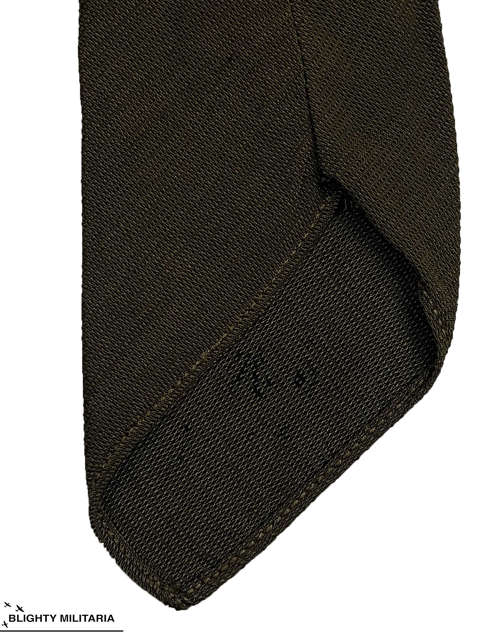 An original British Army Officers tie which belonged to Lieutenant Colonel Ashe who served with the 11th  Sikh Regiment (Ludhiana Sikhs) in Italy during the Second World War.

Robert Arthur Descourt Ashe was born in Coonoor, Tamil Nadu, India on the 15th of September 1901. He joined the army during the inter-war period and was already a Major by the time war broke out. He served with the 11th Sikh Regiment in Italy and stayed with them on their return to India at the end of the war. He retired from the Army as a Lieutenant Colonel in 1947 and died in 1986.

The tie is typical of the 1940s being of single piece construction and short in length. The reverse of the tie features a faint War Department broad arrow marking.

A nice original tie which is guaranteed to be original and from the Second World War. 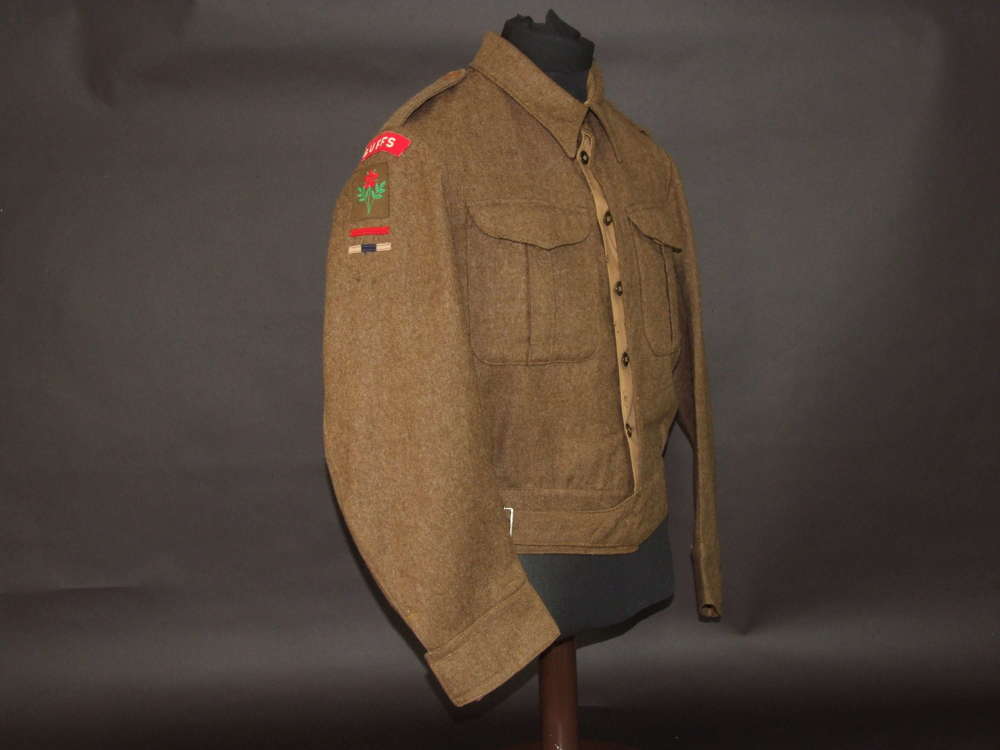 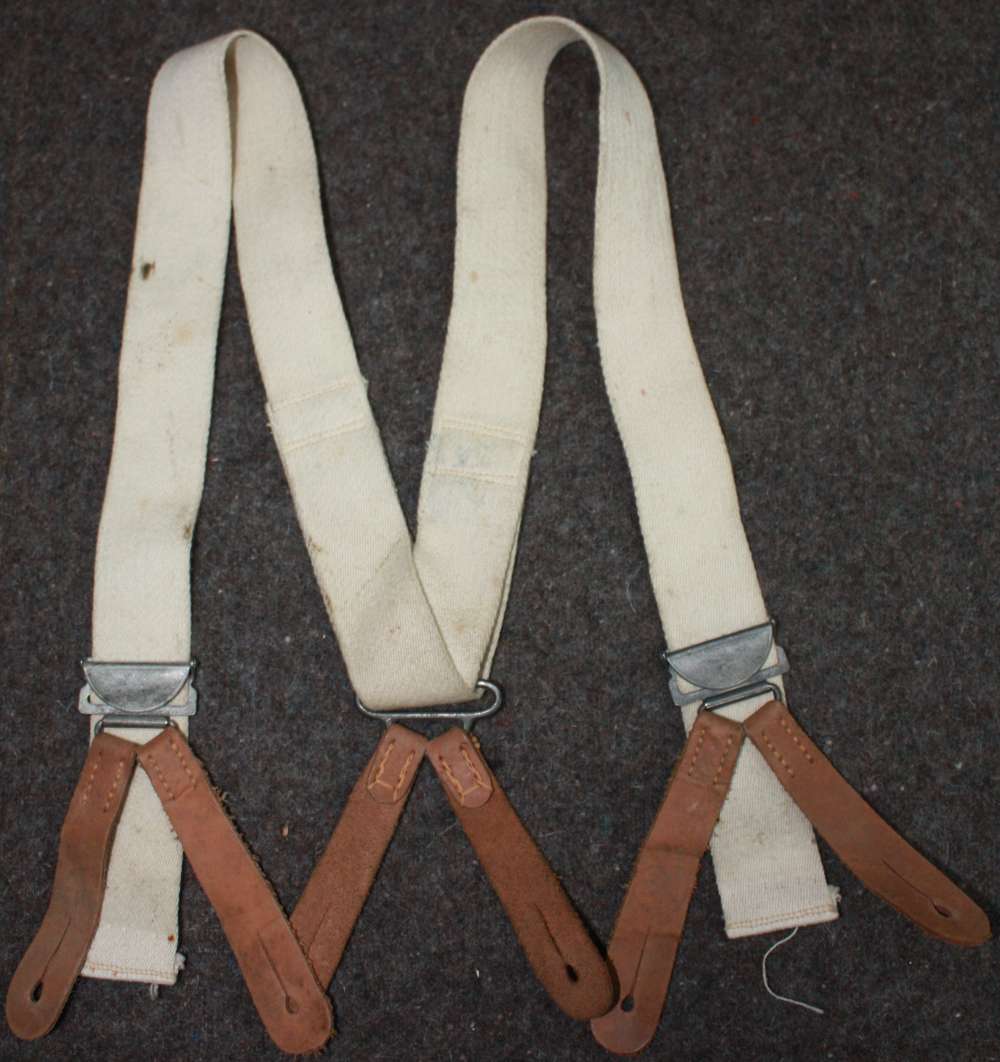 A PAIR OF THE BRITISH ISSUE WWII TROUSERS BRACES 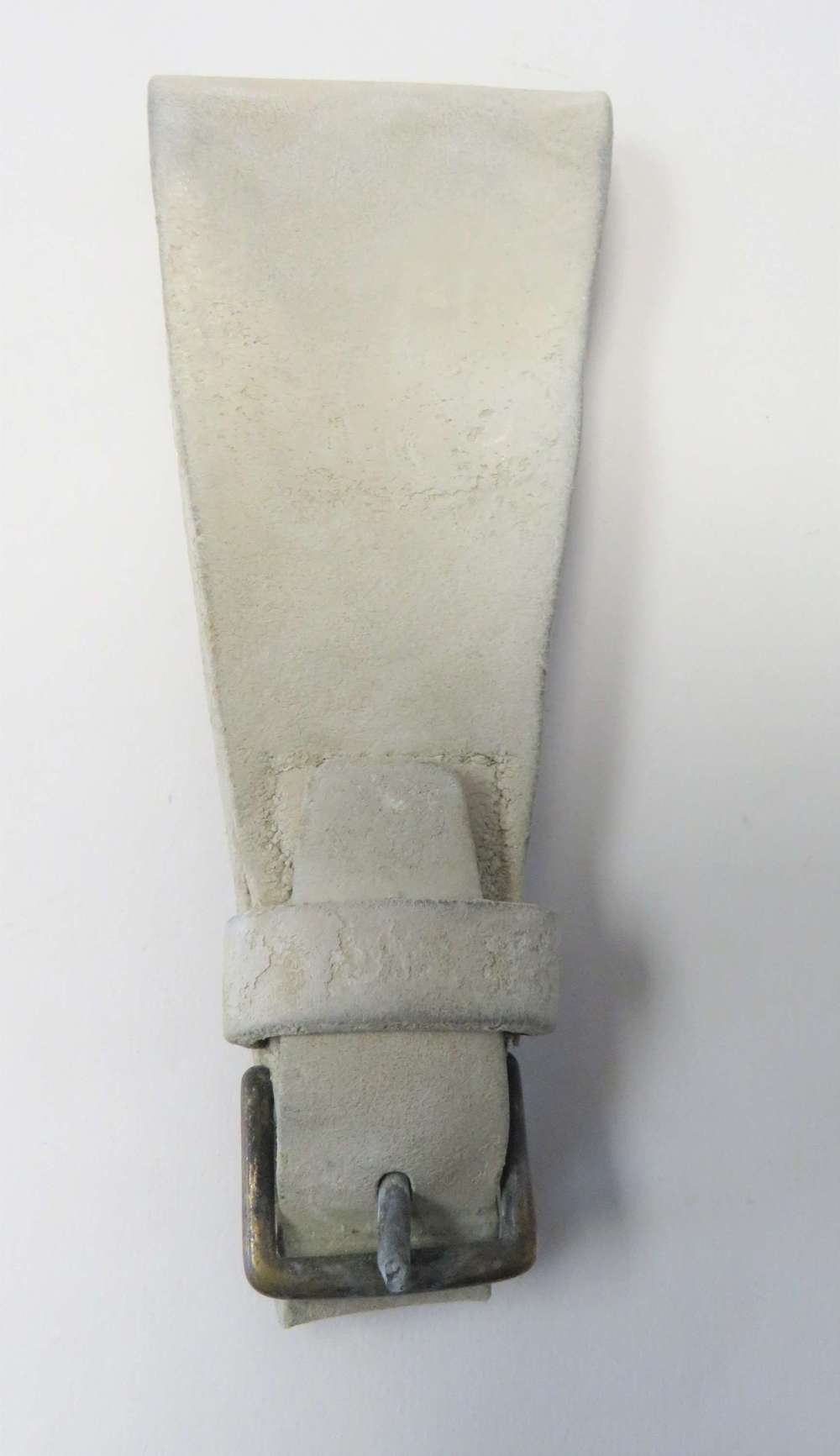