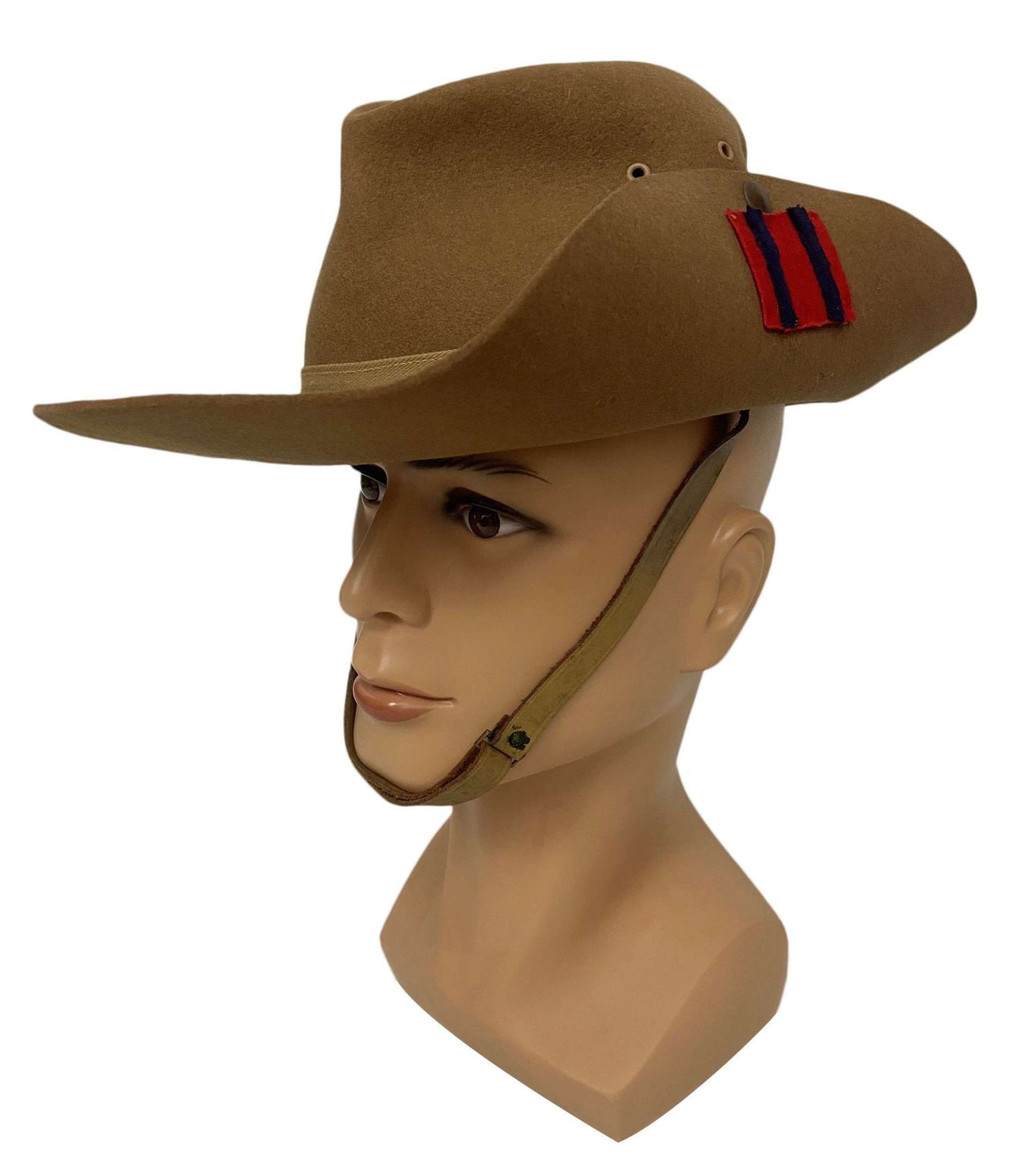 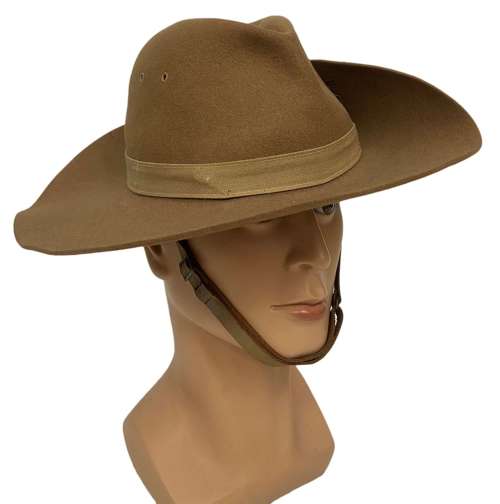 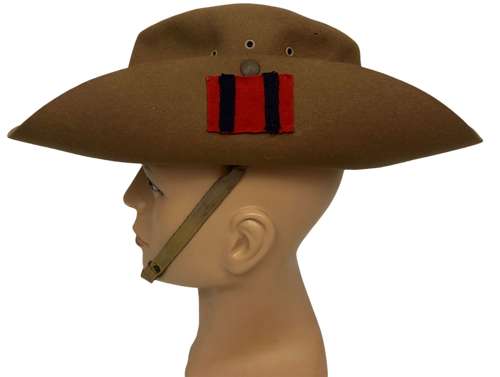 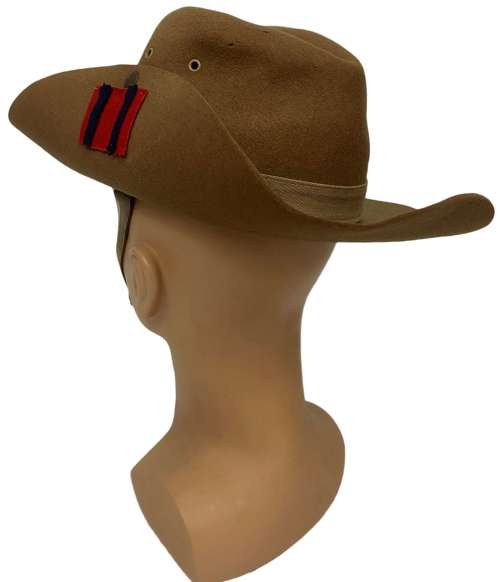 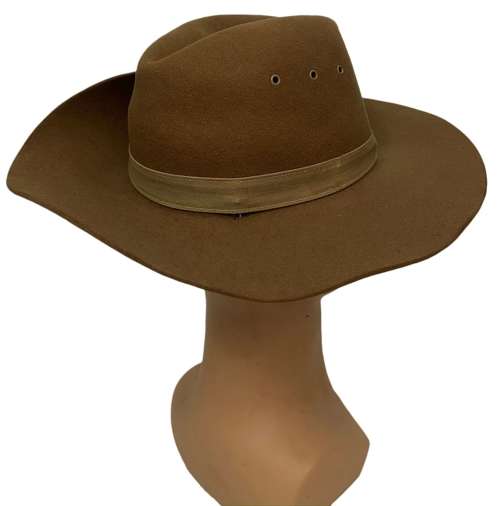 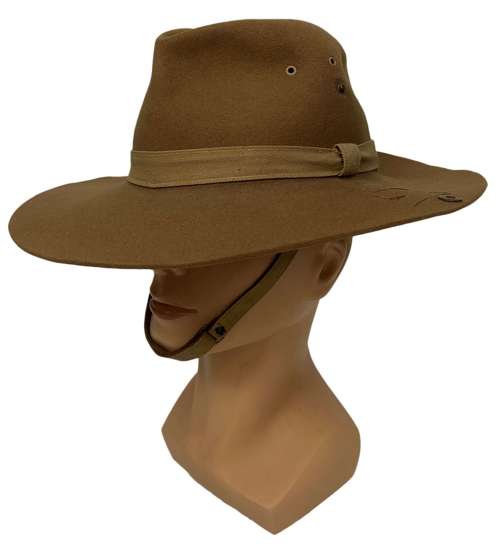 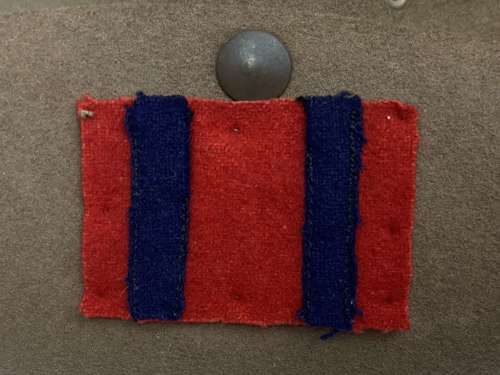 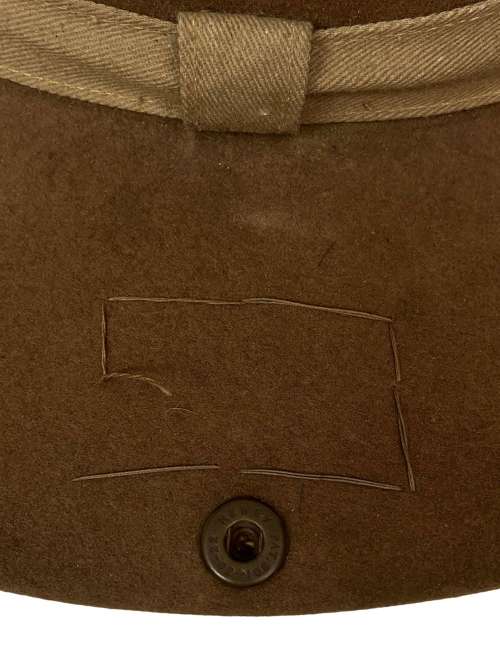 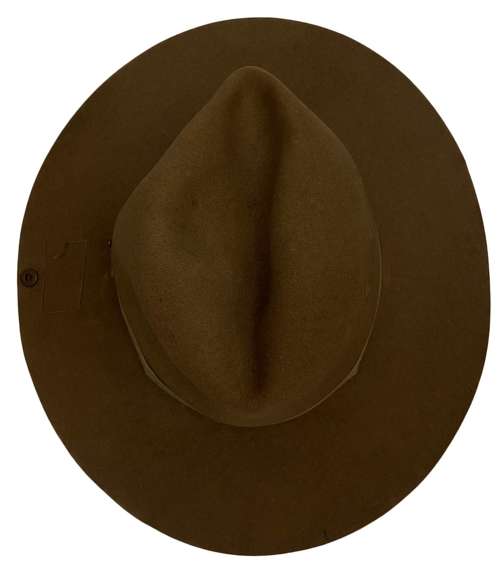 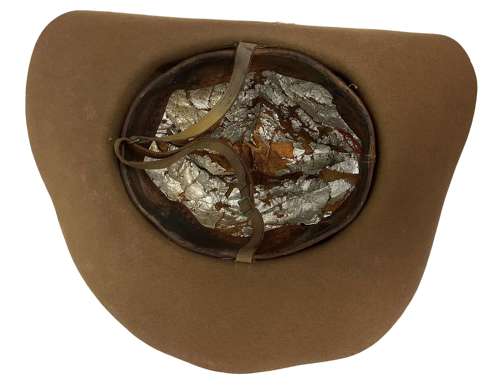 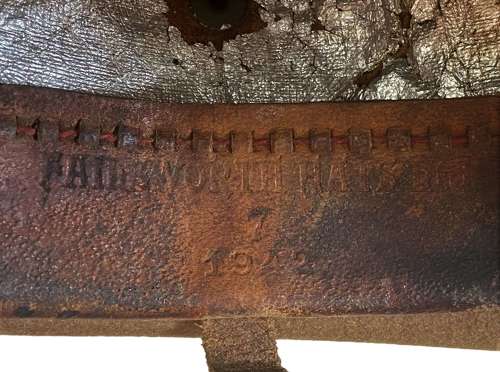 This pattern of hat is often referred to as a 'bush hat' and they saw extensive issue in the Far East. This example belonged to Major T Rothwell who served with the Royal Engineers during this Second World War.

The hat is made from a khaki coloured fur felt and can be worn with the brim fastened to the side of the hat as shown in the pictures. This was the standard way to wear a slouch hat and allowed for the displaying of insignia. The pop stud can be unfasten to let the brim down to afford more protection from the elements. The press stud is a standard 'Newey' branded example and works well.

Inside the hat is lined with silver foil which is intended to help keep the wearer's head cool. Vents are fitted around each side of the crown to aid with this. A leather sweatband and chin strap are also present with the former bearing the maker's name of 'Failsworth Hat LTD', the 1942 dated and the size of 7. The chin strap is complete and in good condition.

The left side of the hat is fitted with a felt pagri flash with the colours of the Royal Engineers which is clearly original to the hat and a nice detail.

The hat is in good condition as can be seen in the pictures. There are some signs of wear and use, mainly to the interior and a couple of small moth nips to the exterior. Overall the hat displays very nicely but please study the pictures before purchasing.

A very nice original wartime slouch hat which is attributed to an officer who served in the Far East. This would make a great addition to any collection without a doubt! 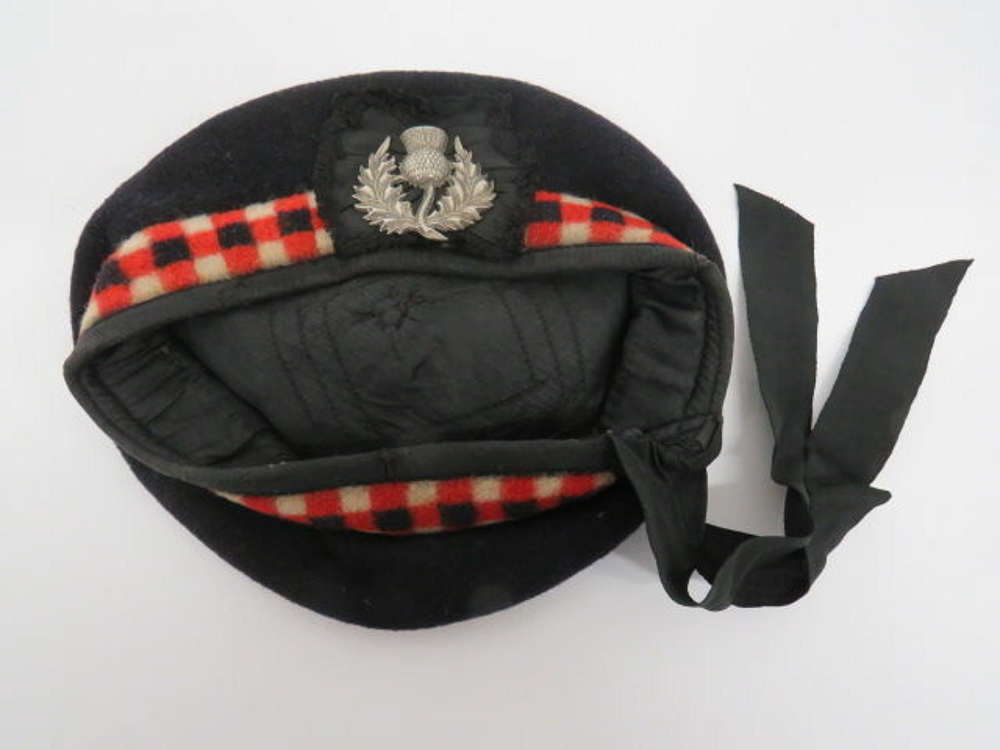 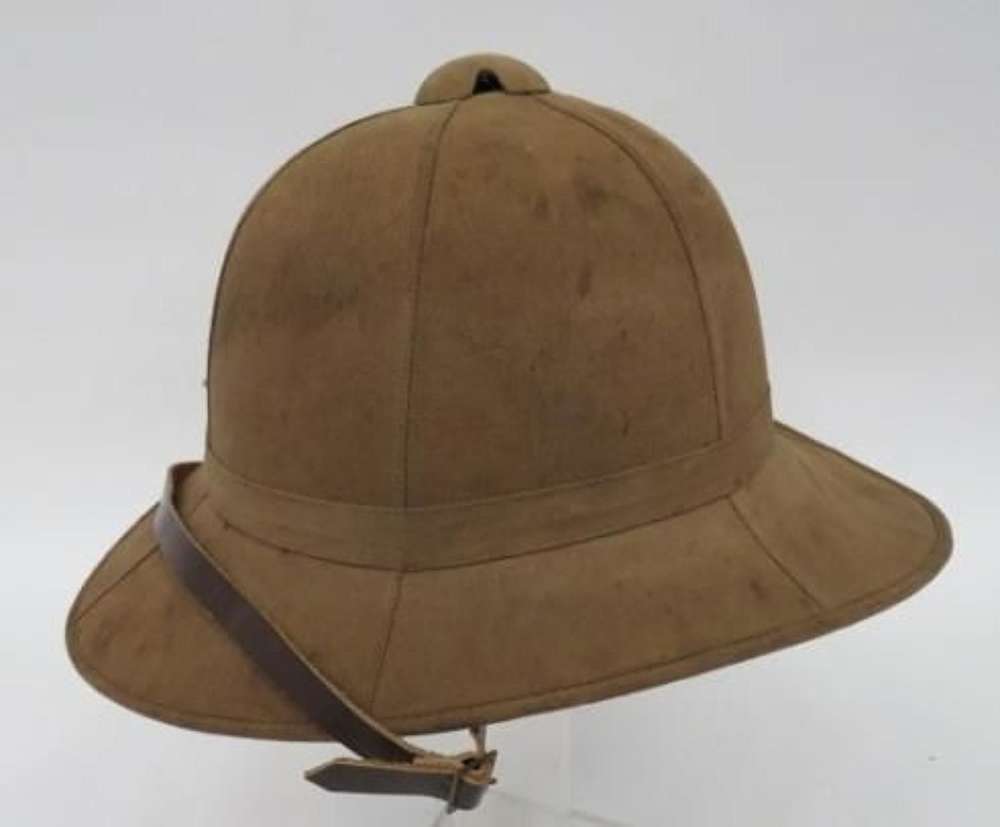 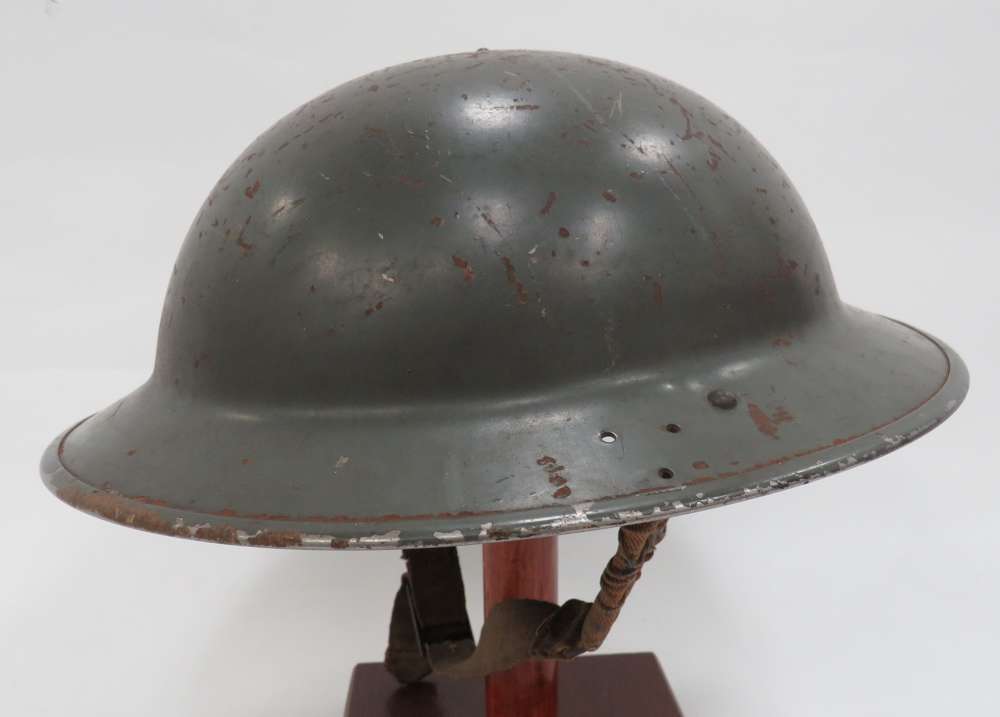 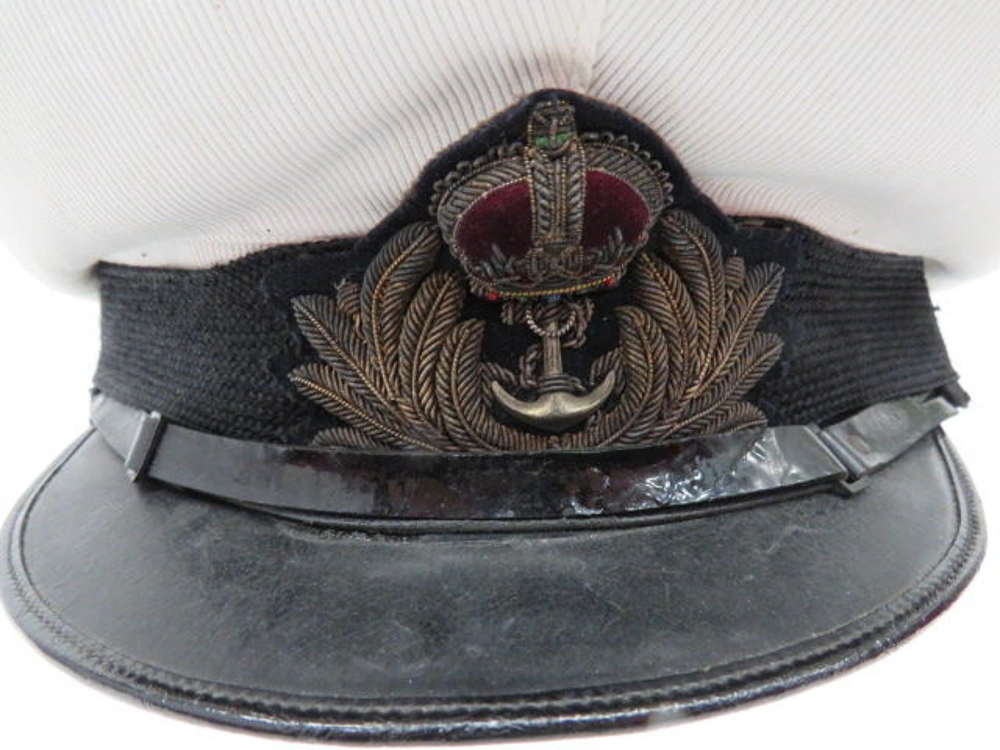