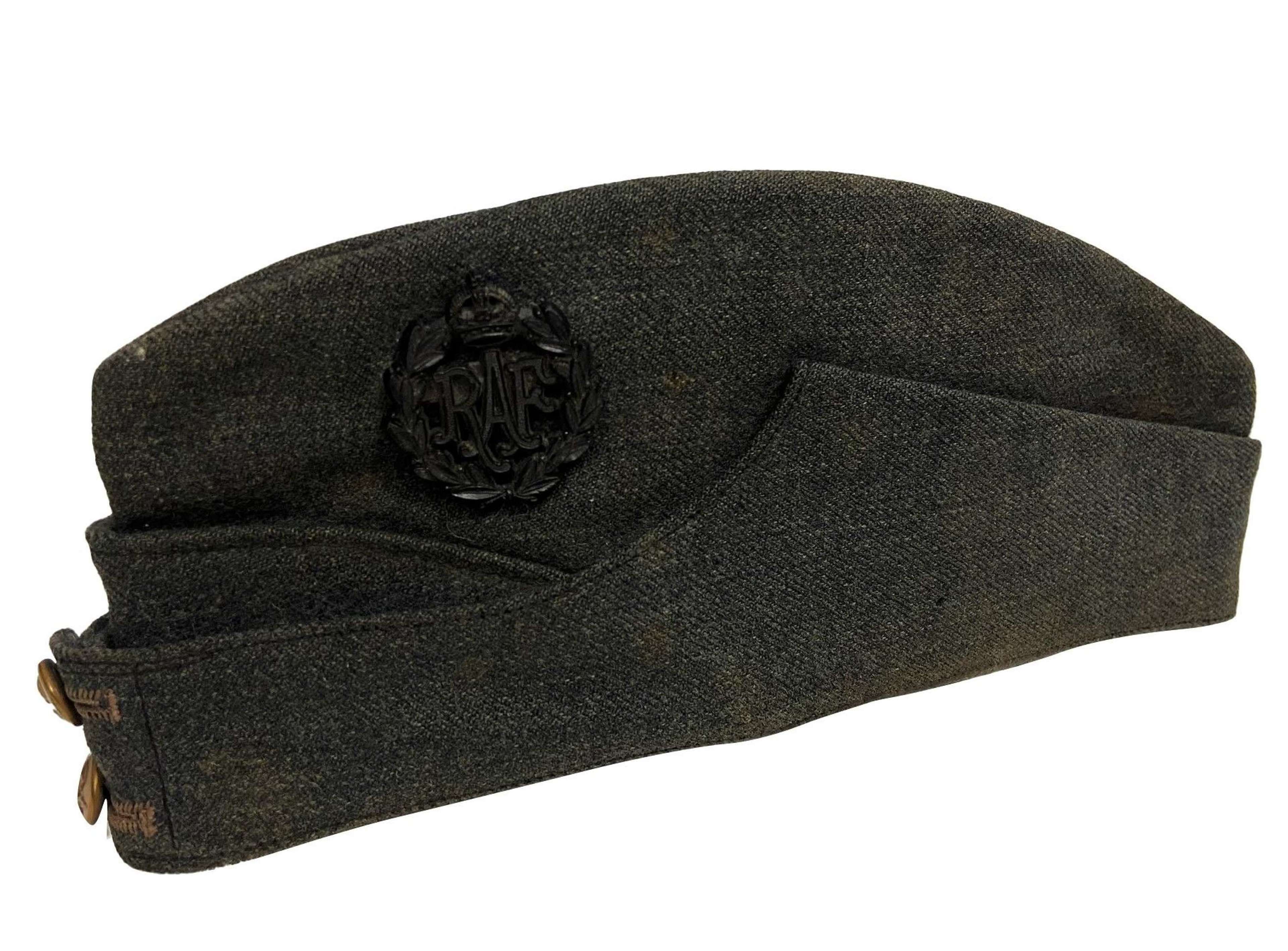 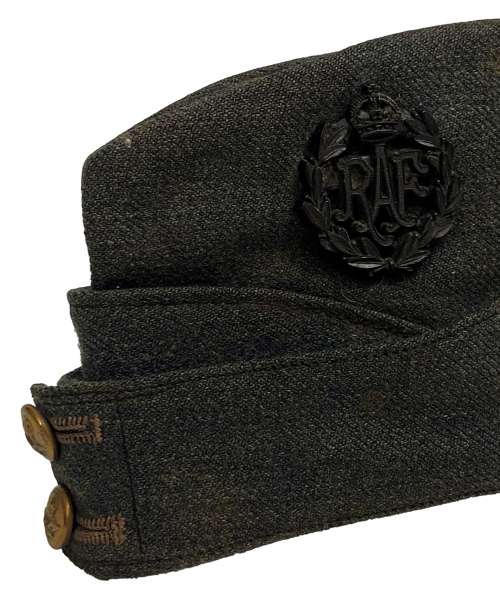 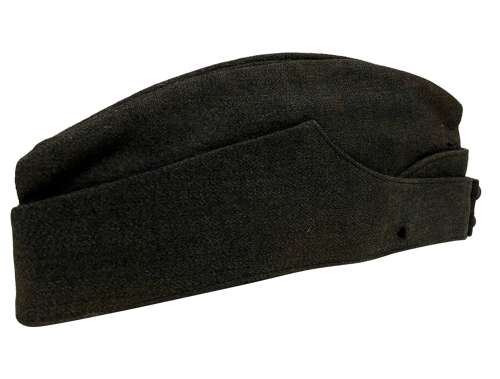 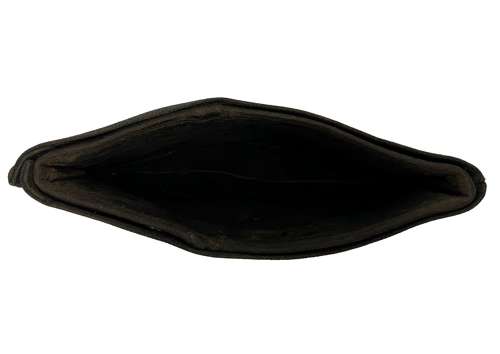 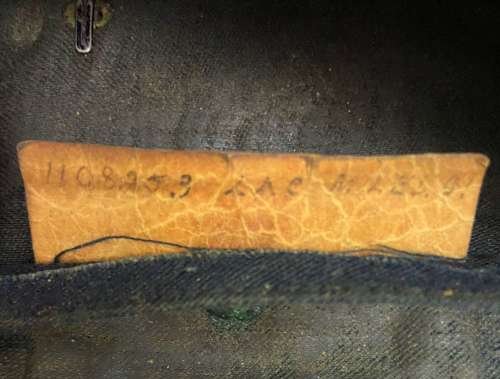 This cap belonged to L.A.C Miles 1108253 who served with the Royal Air Force During the Second World both in the UK and Overseas.

This particular example is typical of wartime manufacture. It features a black plastic Kings crown cap badge and two brass Kings crown RAF buttons to the front of the hat. Inside the cap the original markings are no longer visible but the original owner has added his name, rank and number to the interior.

The cap is in heavily worn condition and clearly saw plenty of action and sustained wear for a number of years. The exterior is washed out and faded with some staining and two holes towards the front. The interior is heavily soiled from sweat and pomade. Overall it has a fantastic 'been there' look to it which would be impossible to replicate. The cap came with a matching RAF KD tunic which was named to the same man and both items were clearly worn for a long period in the tropics.

A very original wartime RAF Cap which would make a nice addition to any collection. 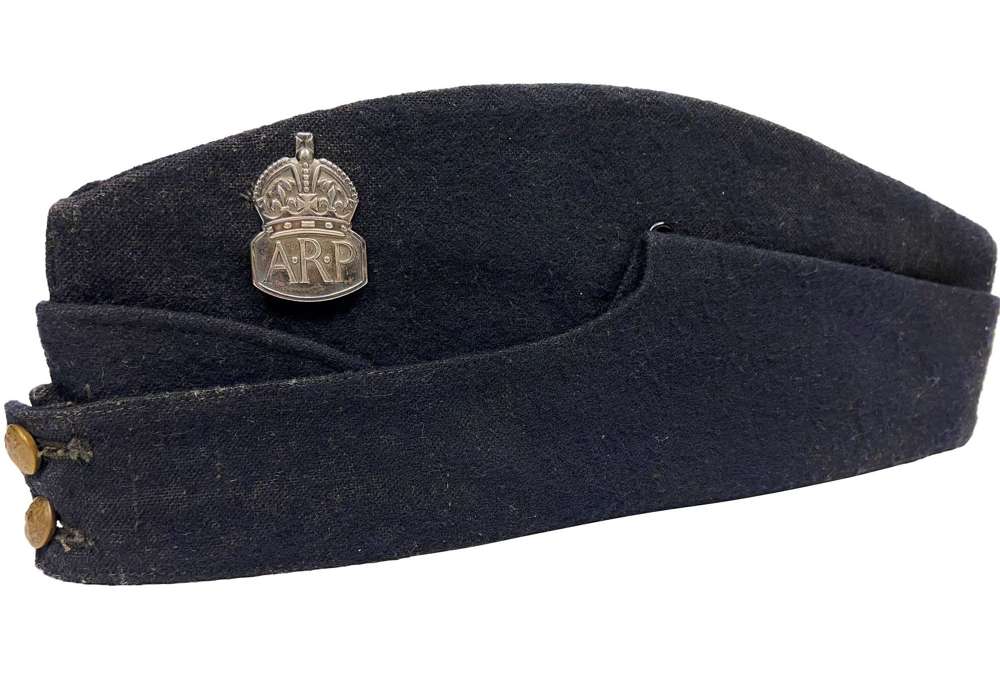 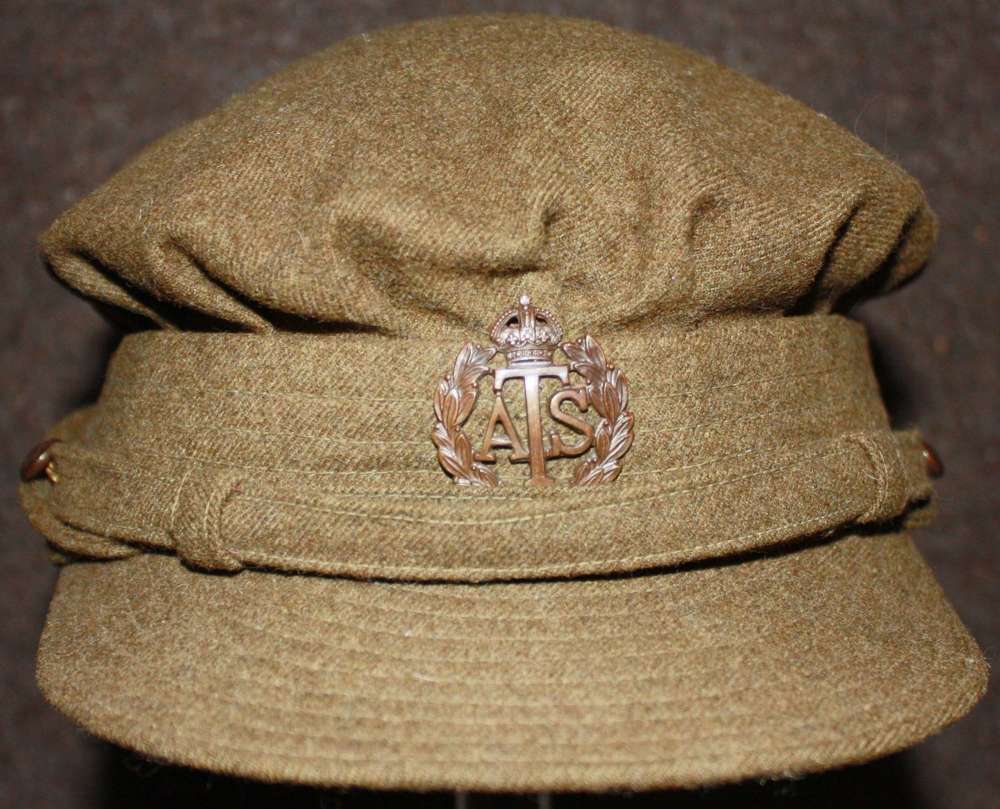 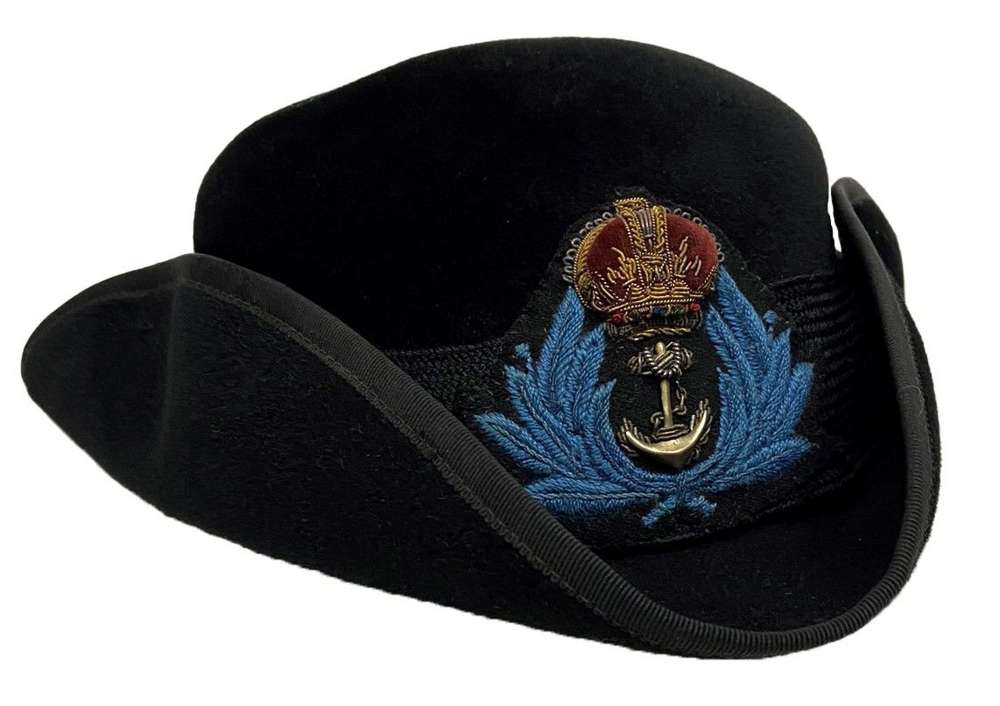 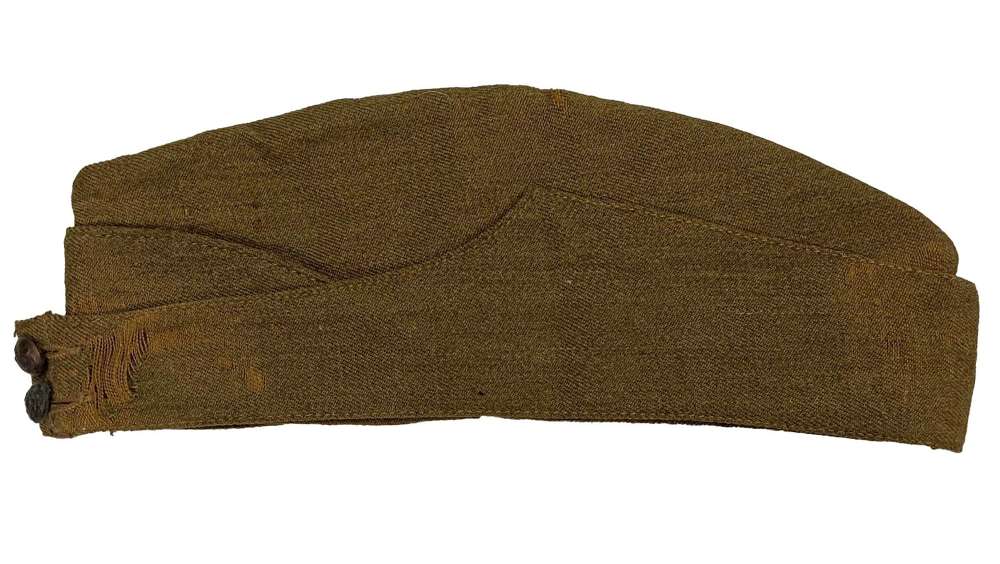